An Open Letter to President and Mrs. Obama

An Open Letter to President and Mrs. Obama

Next year is the 100th anniversary of the National Park Service (NPS) Organic Act, which led to the Park Service's creation, established "to conserve the scenery and the natural and historic objects and the wild life therein and to provide for the enjoyment of the same in such manner and by such means as will leave them unimpaired for the enjoyment of future generations." As a consequence, protecting the nation's landscape legacy - from our National Parks to local neighborhood parks - has become an important part of our shared heritage.

As President you have used your executive power 13 times employing the Antiquities Act of 1906 to designate National Monuments and, as the Chicago Tribune recently reported, you are poised to do so again on February 19 when you will name the Pullman district in Chicago's Far South Side as a National Monument. In fact, under the Antiquities Act you have protected more than 260 million acres of land and water, more than any other President - an extraordinary legacy. 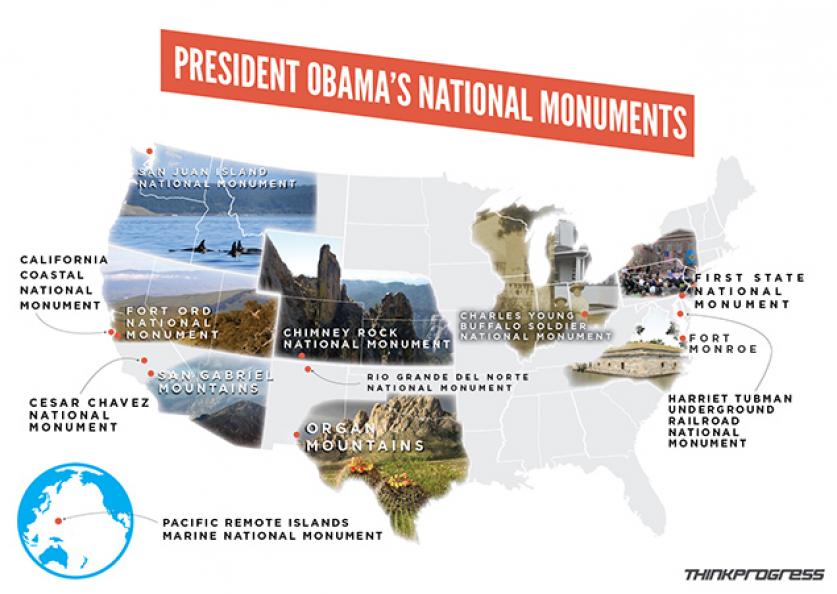 As a former NPS employee who proudly worked for the agency for 15 years, I write about a troubling precedent that could undermine the progress of the past century, threaten the integrity of our nation's parks, and tarnish your legacy - it is the move to confiscate more than 20 acres of Chicago's historic Washington Park on the South Side to be occupied by the Barack Obama Presidential Library. The park is on the National Register of Historic Places and is a likely candidate for National Historic Landmark designation. The University of Chicago has put this confiscation forward as part of their library bid, one of four presidential library proposals before you and the Obama Foundation. The others come from Columbia University in New York, the University of Illinois, Chicago, and the University of Hawaii, Honolulu. 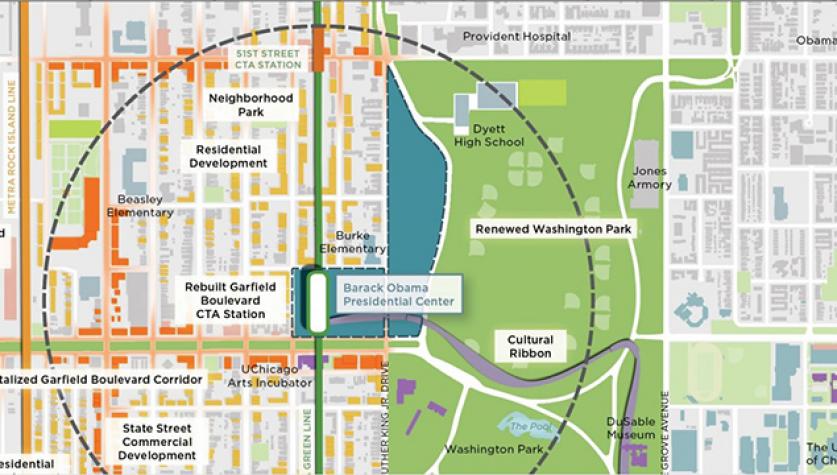 The University of Chicago has an 11-acre site directly across the street from Washington Park, which is one acre larger than the only other urban presidential library - the John F. Kennedy Library in Boston. However, University officials insist that additional acreage - public parkland held in the public trust for nearly 150 years - is required. These officials have consistently failed to disclose context and information that would allow for an honest assessment of this proposal. A claim for making their bid "competitive" comes without explaining the criteria for being competitive. A widely touted University-funded study of purported economic benefits has not been fact-checked by an objective party. University officials cite 50 acres as the average of the past three presidential libraries, but neglect to mention that none is in a dense urban setting like the South Side. Confiscation supporters cite the presence of other cultural institutions in parks, but fail to report that much of this happened during an era of urban decline in the 1960s and 1970s. Mayor Rahm Emanuel, a land grab supporter, has been equally evasive, as he was at the most recent mayoral debate. 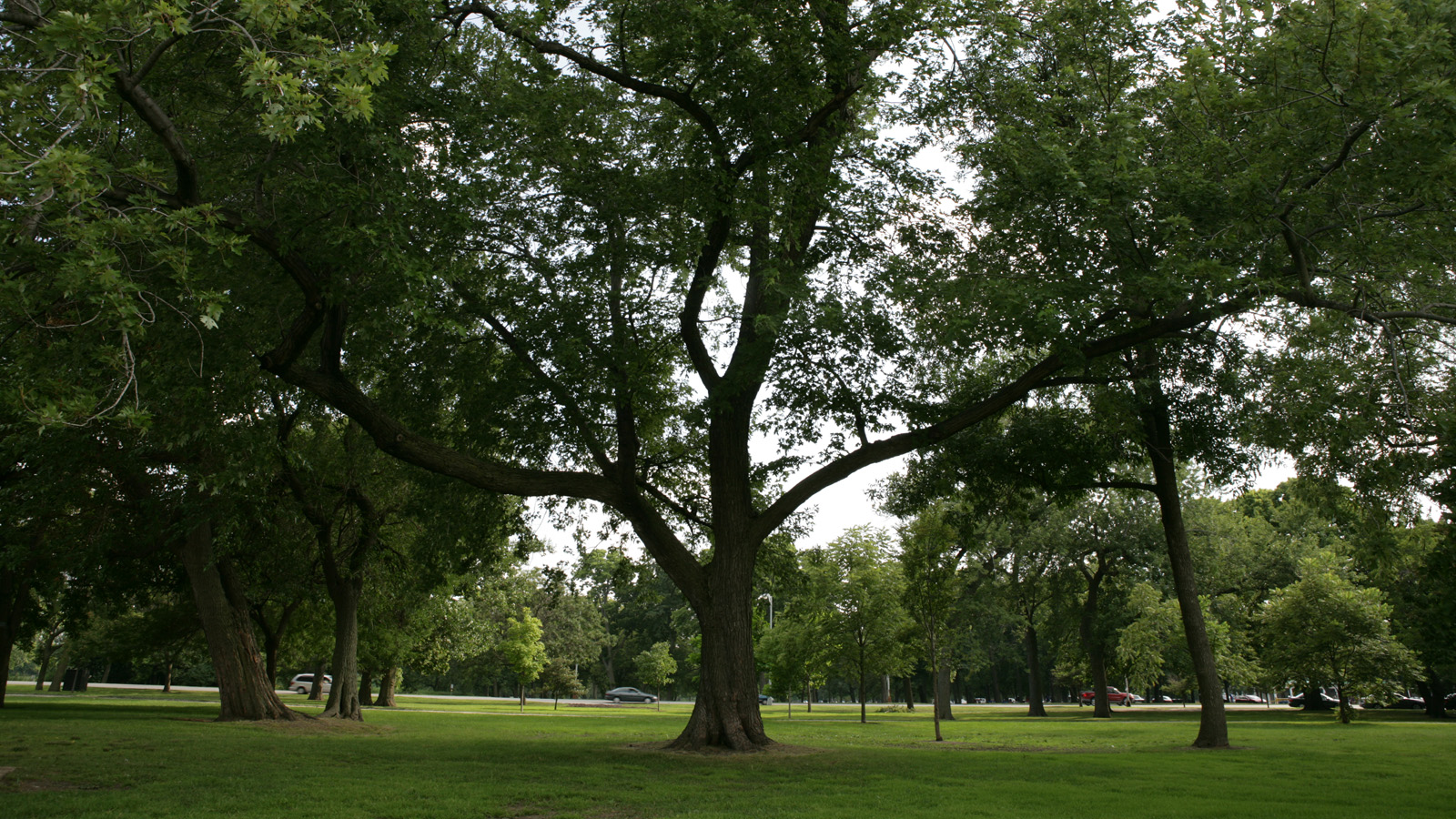 Instead of specifically addressing why the 11-acre site is not suitable, University officials have invented a crisis and created a false choice - it's all or nothing - either public parkland gets confiscated or your library will end up in Honolulu or New York.

Many South Side residents and other Chicagoans are understandably thrilled at the prospect of having the presidential library in Chicago and concerned they could lose out. And, University officials have done a very good job of making the unprecedented - the expropriation of public parkland - seem reasonable and sensible. Indeed, residents came out in droves in January for two hastily convened public forums and two recent polls show overwhelming support for this history-making land grab. Unfortunately, the polling has been circumscribed and manipulative. The Chicago Tribune posed a single question - would you support taking public parkland to win the library bid - as if that was the only choice. The University-sponsored effort amounted to a push poll, which yielded a predetermined outcome. At no point did these pollsters ask whether respondents would approve a solution that puts your library on the 11-acre South Side site and leaves the parkland undisturbed (a "win-win"). 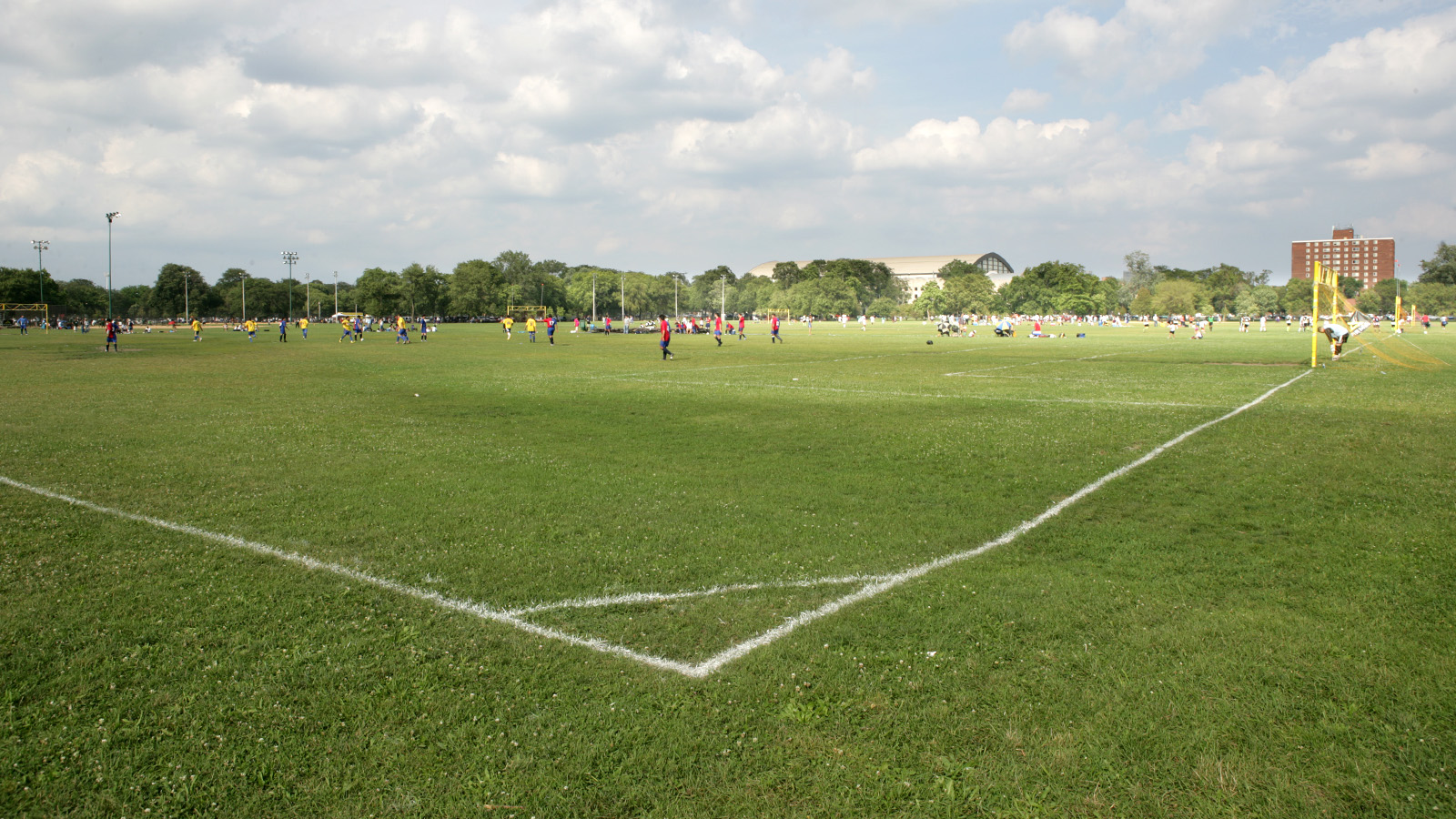 Also unsettling is a recent document being circulated by the University's Office for Civic Engagement that purports to present "key facts about the effort to put together the best possible bid for this historic institution." Among them: "Locating the Library in a public park also will avoid displacing local residents. The chance to create economic opportunity without displacing residents is a key advantage of park sites."

At no point has it been suggested that residents would be displaced, nor has any proposal been put forward that calls for residents to be displaced.

Sadly and remarkably, the Chicago Park District Board, charged with the stewardship of the city's remarkable park system, just yesterday voted to approve this giveaway, a move that Mayor Emanuel proposed and one that the City Council is expected to endorse. City officials are claiming they will employ a "park positive" approach - any parkland confiscated would be replaced elsewhere in the city. Though this may seem reasonable and sensible, it's just as untenable: This historic park was conceived as a comprehensive design and - like a building - selective amputation cannot be remedied with an "acre-for-acre" swap; it's permanent disfigurement. In addition, there's a catch. The amount replaced would only be equivalent to the size of the library building - estimated at three to five acres - not the entire 20+ acres. The "park positive" approach is a non-starter.

What is becoming apparent is that the University intends to locate the library within public parkland they don't own - land that will be confiscated on their behalf - so that they can develop the 11 acres they own for commercial purposes. 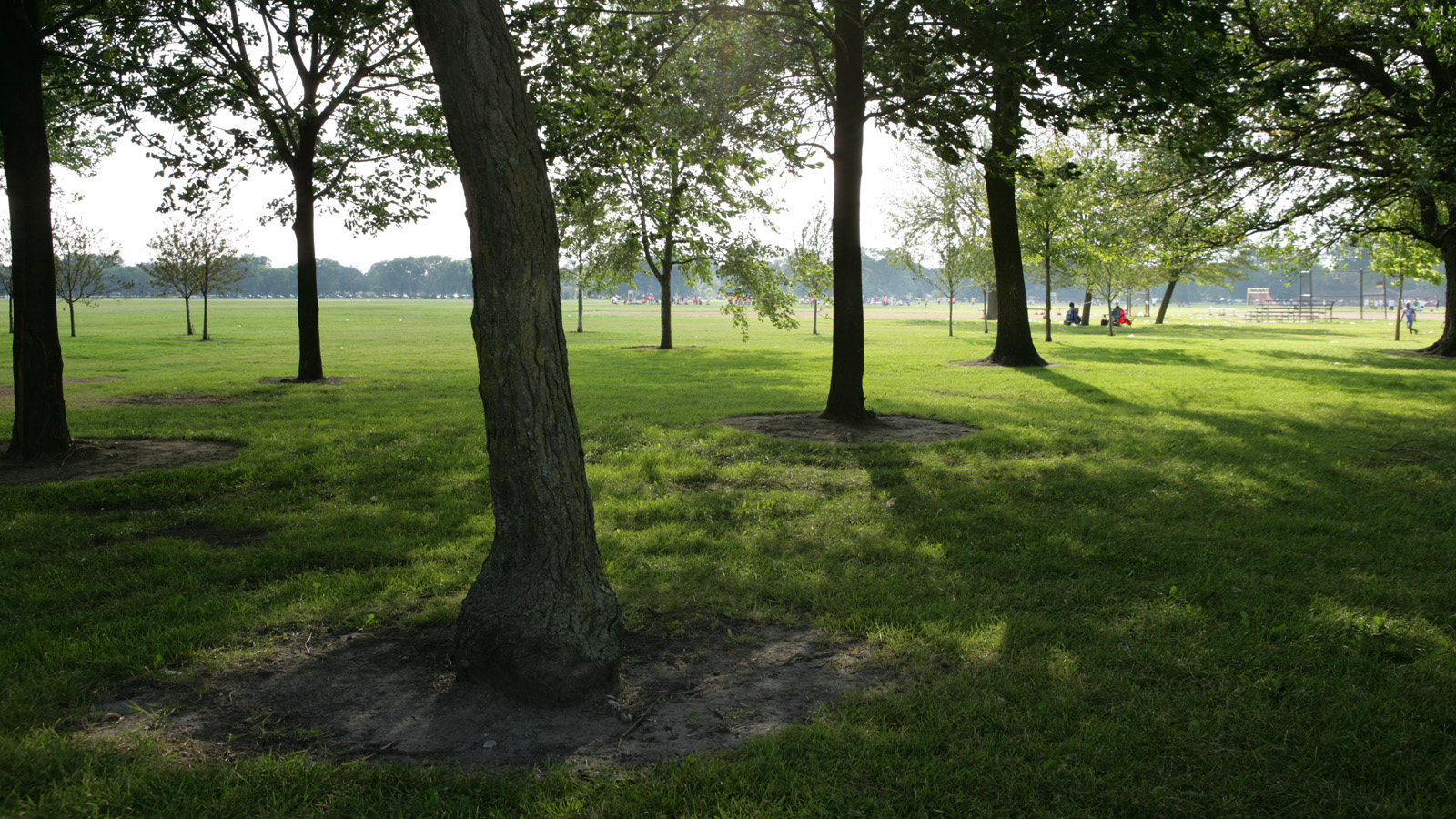 Frederick Law Olmsted, Sr., the "father of American landscape architecture" who designed Central and Prospect Parks in New York and the grounds of the U.S. Capitol in Washington, D.C., designed Washington Park along with his colleague Calvert Vaux. Surely Washington Park is as significant as those two New York parks. Imagine, then, if Columbia University's proposal called for confiscating 20+ acres of NY's Central Park?

President and Mrs. Obama, given this administration's exceptional legacy on the protection of open space, please don't make history by approving the confiscation of National Register designated public parkland for the Obama Presidential Library.

This article first appeared in the Huffington Post on February 12, 2015. 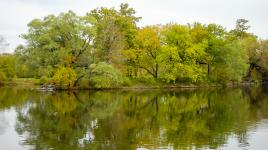