Cheekwood - A Jewel in Nashville

Cheekwood - A Jewel in Nashville 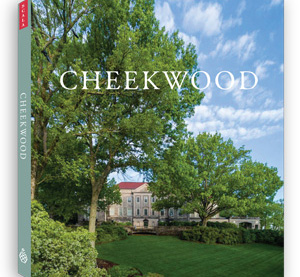 The British garden historian Tim Richardson wrote in his introduction to Great Gardens of America (2009) that “the significance of America’s Gardens, as an aspect of the cultural history of a nation, has been underplayed, to put it mildly.” Noting that while “the subject as a whole has long been sidelined by more mainstream historical disciplines, such as those concerned with art, architecture or social and economic history,” Richardson further concluded that “gardens have generally been considered almost embarrassingly inconsequential or trite."[i]

While a somewhat predicable lineup of Colonial-era gardens, including those of Mount Vernon, Monticello, and Middleton Place, was featured in early compilations and surveys, landscapes from the period known as the Country Place Era, roughly spanning from 1890 to 1940, have garnered considerably less interest. When attention was finally paid to the period, it was most often represented by a handful of well-known, iconic designs, such as Biltmore in Asheville, North Carolina; Dumbarton Oaks in Washington, D.C., and Vizcaya in Miami, Florida. Indeed, in reviewing books and surveys often undertaken by garden clubs or private publishing houses, a recurring trend emerges: Estate landscapes from Tennessee are seldom represented, and Cheekwood, the estate of Leslie and Mabel Cheek (now Cheekwood Botanical Gardens and Museum of Art) is even more rarely included. 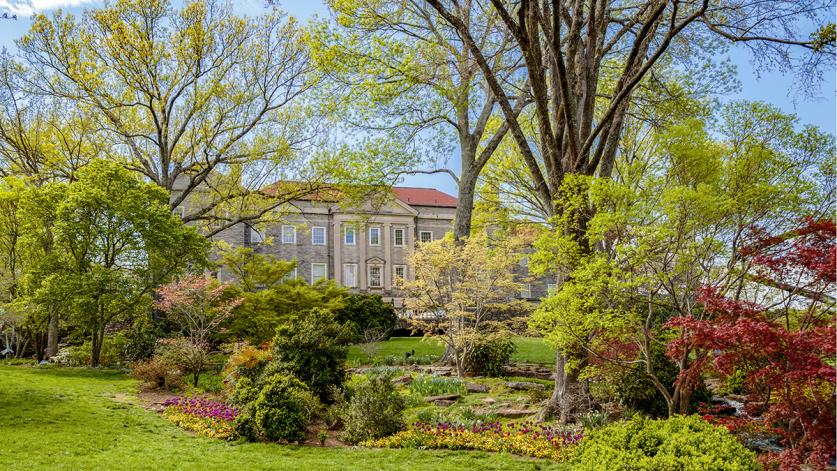 Beautiful Gardens in America, was an enormously popular photographic survey by Louise Shelton, first published in 1915. The book was issued again in 1924, and it was revised and republished in 1928 with 175 new illustrations that spread over 560 pages. Despite the impressive scope of this ambitious volume, it contains a rather thin section on the State of Tennessee, which includes but two short paragraphs and two garden photographs—one each from Longview and Knoxville.[ii] Much the same can be said of Alice G.B. Lockwood’s seminal two-volume treatise, Gardens of Colony and State, first published in 1931-34. Spanning more than 900 pages, that Colonial-era survey includes only one Tennessee garden, The Hermitage.

One notable exception in the record of early-twentieth-century scholarship–and it may indeed have been a response to the significant omission of Tennessee gardens from Lockwood’s massive survey—is the History of Homes and Gardens of Tennessee, compiled by the Garden Study Club of Nashville and edited by Roberta Seawell Brandau. Originally limited to a run of 1,500 in 1936, the book was republished in 1964 and 1974 (with a total run of 3,000) as the “enterprise of the Friends of Cheekwood,” with profits going to the Tennessee Botanical Gardens and Fine Arts Center at Cheekwood. The Preface to the second edition notes that extensive new research was undertaken, citing the “blending of hard evidence and living tradition” that went into assembling the volume. It’s worth noting that the revised edition is wrapped in a dust jacket that features Cheekwood’s main elevation and a small taste of its garden. Cheekwood is also afforded six pages of photographs that capture much of its gardens. The accompanying text, however, makes no mention of Bryant Fleming (1876-1946) as Cheekwood’s architect and landscape architect. 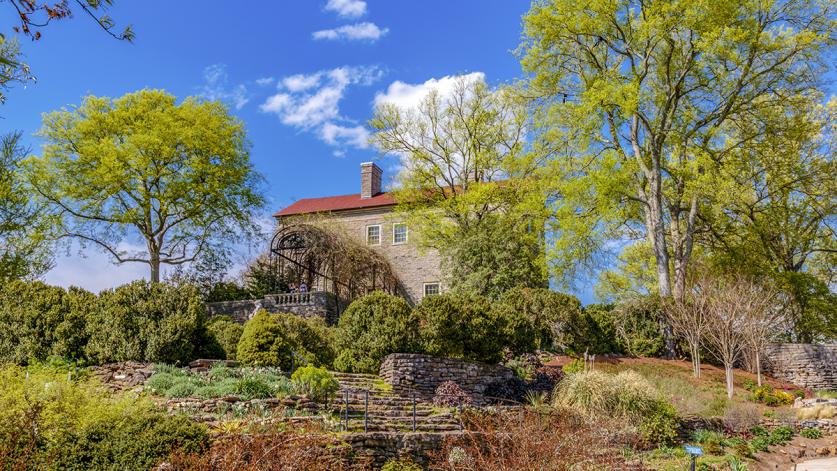 Despite the potentially increased recognition that this reprint and its flattering dust jacket may have brought the Country Place Era estate, Cheekwood nevertheless continued to be largely overlooked throughout the 1960s. And although Carroll C. Calkins’ 1969 book, Great Gardens in America, heralded as an “authoritative survey of thirty-eight of America’s finest gardens,” included many Southern gardens (e.g. Middleton Place and Magnolia in Charleston, South Carolina), as well as a number from the Country Place Era (Biltmore in Asheville and Reynolda Gardens in Winston Salem, North Carolina), Cheekwood is noticeably absent. The Rock City Gardens, atop Lookout Mountain in the Chattanooga area, is the only garden included from Tennessee. 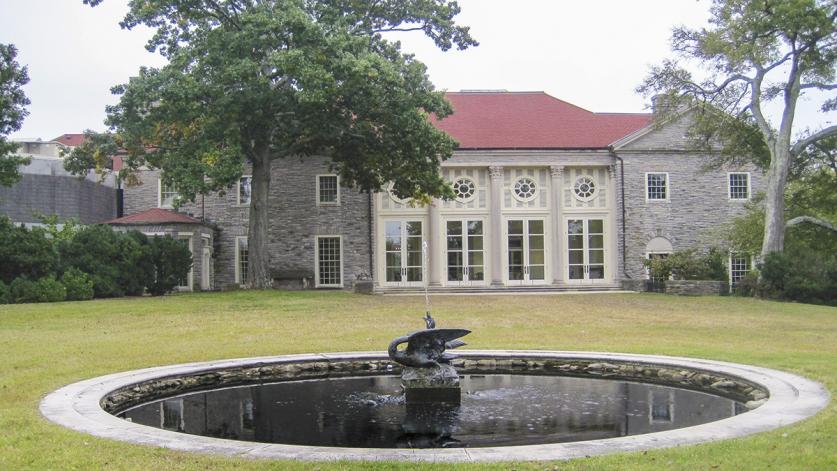 Although Cheekwood fared little better in garden surveys of the 1970s, a milestone of sorts was reached in 1971 with the first printing of Design on the Land, a book by Harvard professor Norman T. Newton. Not only would Newton dedicate an entire chapter to the Country Place Era, but his sweeping 700-plus-page survey of the art and practice of landscape architecture would also introduce students to such forgotten practitioners as Warren Manning, Marian Coffin, and Cheekwood’s Bryant Fleming. In profiling Fleming, Newton noted that his “work was extremely individual and unorthodox, at time challenging all rationality, often guilty of more whimsical exaggeration, yet somehow undeniably delightful.”[iii]

Newton’s book would enjoy multiple reprints throughout the 1980s, a period in which the historic preservation movement would finally begin to turn its attention to designed landscapes. It is amazing to consider in retrospect that the National Register of Historic Places only began to publish technical assistance on “How to Nominate Historic Designed Landscapes to the National Register” in 1989. By that time, historians of art and architecture had begun to expand their purview to include gardens and parks in their publications and symposia, a harbinger of the National Register nominations, Historic Landscape Reports, and preservation master plans that would routinely follow. 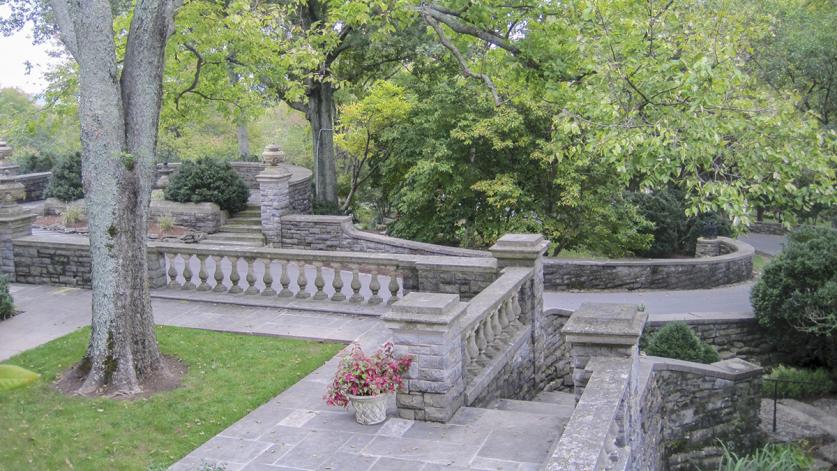 Contributing to this burgeoning awareness of designed landscapes and the Country Place Era in particular was The Golden Age of American Gardens: Proud Owners, Private Estates 1890-1940, by Mac Griswold and Eleanor Weller. Published in 1991, the book lifted the veil on both the patrons and designers behind a bevy of large residential commissions conceived with an obvious, sometimes ostentatious, expression of affluence. Griswold and Weller’s publication, which was an outgrowth of the discovery of a cache of hundreds of hand-colored, glass lantern slides, chronicled some 500 gardens and introduced a contemporary audience to Bryant Fleming, whom it noted was “completely unknown” and “one of the busiest regional landscape architects of his day.” Fleming’s career spanned some 30 years and two World Wars, and, as the authors note, “his best works were the large estates for which he designed or chose everything from the gatehouse and its surrounding shrubbery to the quilts on the beds in the main house.”[iv]

Cheekwood was listed in the National Register of Historic Places on August 23, 2000, with its areas of significance noted as architecture, landscape architecture, and art. Yet even with this formal acknowledgement of its cultural and historical value, the estate would remain absent from landscape architectural survey text books, such as Landscape in History (1999), by Philip [Pregill and Nancy Volkman] and Landscape Design: A Cultural and Architectural History, by Elizabeth Barlow Rogers (2001).[v] It would also be absent from other important garden and landscape surveys of this period, including the aforementioned Great Gardens in America (2009), which features the go-to examples of Dumbarton Oaks, Kykuit, Middleton Place, and Monticello,[vi] and Wade Graham’s American Eden: From Monticello to Central Park to our Backyards (2011). Neither book makes reference to Fleming or Cheekwood. Robin Karson’s A Genius for Place: American Landscapes of the Country Place Era (2007), perhaps the most in-depth analysis of this topic, explored “seven particularly fine estate designs, all of which retain their fundamental spatial integrity and are now open to visitors.” Although this publication dug deeper than the usual litany of familiar sites (it did not include Biltmore, or any landscape designed by Frederick Law Olmsted, Sr., or his successor firm, for that matter), it did not feature Cheekwood or any County Place Era estate by Fleming.[vii] 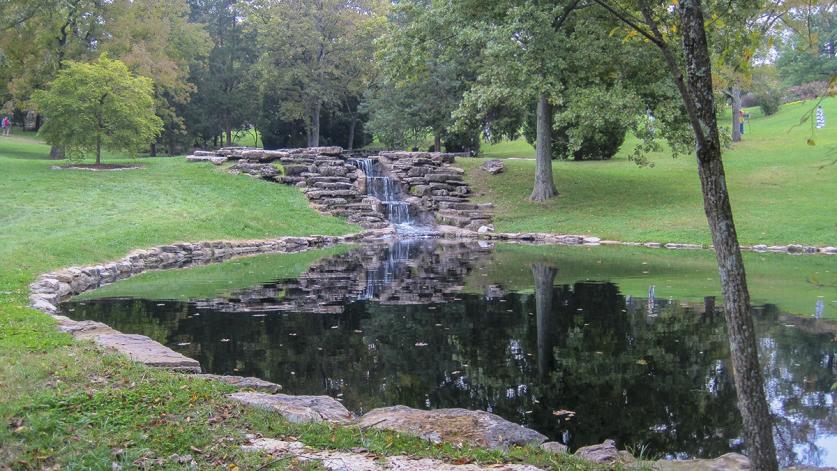 In more recent years, Cheekwood itself has made a deeper commitment to researching its history, gaining a much better understanding of the evolution of the landscape over time. Suzanne Turner, FASLA, a landscape architect and landscape historian, was engaged to author a Cultural Landscape Report, thus providing a long-overdue foundation for gaining a deeper knowledge, valuation, and historic context for Fleming’s work at the estate (both as it relates to his extant body of  work and to the Country Place Era) with the ultimate goal of elevating Cheekwood from a National Register-listed property to a National Historic Landmark.[viii]

It is perhaps too easy to forget the importance of the Country Place Era to the profession of landscape architecture. It has been estimated that between 1900 and 1930 some 90 percent of all landscape architecture projects were residences of varying size, many of which were termed “estates” due to their scale.”[ix] Of these estates, and the small number that survive, Turner notes that “Cheekwood embodies the distinctive characteristics of a Country Place Era landscape; additionally, its design represents a remarkable degree of continuity between its architecture, its landscape, and its interior design. This elevates the stature of this property to a level equivalent to that of many other estates of the era.”[x] 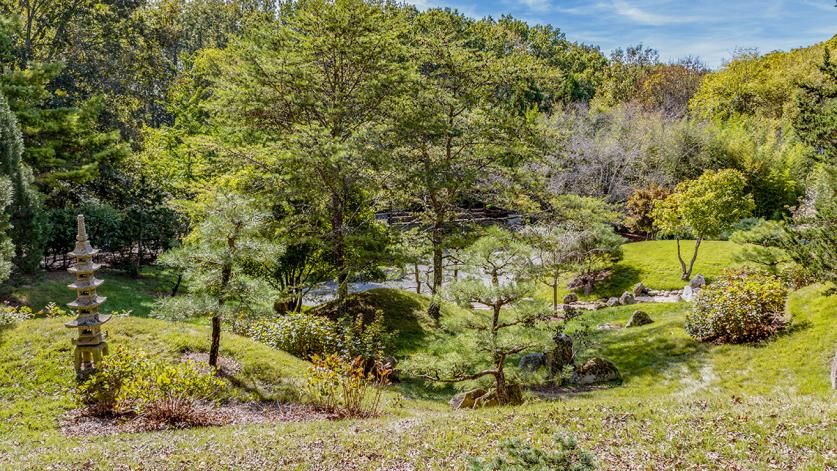 Turner goes on to write that “While Fleming is not as well known as many other Country Place designers, his body of work is as extensive and as important to the profession of landscape architecture.” She also contends that some of Fleming’s most significant work can be found in the American South, and that perhaps this “accounts for the fact that his career has not been as widely publicized, studied, or understood as that of some of his peers.” The present author concurs with that supposition and with Turner’s assessment that “It is only a matter of time, however, before Fleming’s career and his work will be more widely studied, critically analyzed, and published.”[xi]

Let’s hope that Cheekwood: Estate & Gardens, by Leslie Jones and Shanna Jones, will lift the veil even further on Bryant Fleming’s vision for this truly remarkable landscape, helping to inspire future generations of visitors and to secure Cheekwood’s place in the pantheon of celebrated Country Place Era landmarks.

Charles A. Birnbaum, FASLA, FAAR, is the President + CEO of The Cultural Landscape Foundation in Washington, D.C.

[ii] Although Cheekwood was not completed until 1932, as illustrated in Brandau’s Tennessee survey published four years later, there were clearly many worthy candidates.

[iii] Newton, Norman T. Design on the Land (Belknap Press, 1971) p. 441. Notably, Newton would be the first to brand the Neoclassicist work of the period as “the Country Place Era.”

[v] In their chapter “The Revival of Classicism,” Pregill and Volkman note that “In Louisville, Bryant Fleming dominated practice,” and that he played a role in developing Cornell’s landscape architecture program. But aside from these two minor mentions (which appear on pages 621 and 634 of this 844-page survey), there are no references to Cheekwood. Rogers’ 544-page survey includes no reference to either Fleming or Cheekwood.

[vi] It is worth noting that Richardson’s survey does broaden the lens to include such often overlooked Country Place Era gems as Stan Hywet in Akron, Ohio, and Filoli in Woodside, California, not to mention Modernist gardens such as the Miller Garden in Columbus, Indiana, and the Donnell Garden in Sonoma, California.

[viii] Cheekwood is one of nearly 2,000 National Register designations out of some 84,000 that include “Significance in Landscape Architecture.” If the property were to be recognized as a National Historic Landmark (NHL) with significance in landscape architecture, it would be part of a much smaller group of less than 80 places out of some 2,800 with this recognition. Examples include such Country Place Era estates as Biltmore, Asheville, NC (1963, 2005), Oldfields, Indianapolis, IN, (2003), and Casa del Herrero, Montecito, CA (2009). 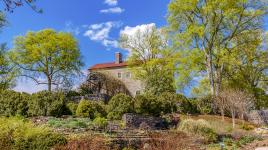 What's Out There Nashville Guidebook
See all related