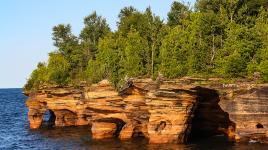 Located on Lake Superior in northwest Wisconsin, the Apostle Islands archipelago comprises 22 islands ranging in size from three to 9,900 acres. Established in 1970 and expanded in 1986, the National Park Service-protected area includes 21 of the clustered islands, a twelve-mile strip along the northwest shoreline of the Bayfield Peninsula, and the one-quarter mile of water surrounding each of these landforms. In total, the national lakeshore landscape encompasses 69,372 acres (of which 27,232 are submerged) across 450 square miles.

Formed by glacial drift, the archipelago is composed of sandstone deposited during the late Precambrian era, a base for the vast array of natural features present on the islands. Sea caves and cliff formations shape the landscape, which is host to unique habitats, including mature second-growth forest, clay bluff communities, lagoons and bogs, and sand dunes.

The islands have a long history of human habitation, with some archaeological evidence pointing toward activity as far back as 100 B.C. European traders arrived in the 1600s, and the landscape has since been impacted by logging, quarrying, commercial fishing, and farming, with farm remnants still visible on Sand and Basswood Islands. Nine lighthouses (some still functioning) stand on six islands, constructed between 1856 and 1929. Opportunities for visitors today include hiking trails, tours of historic structures, boating, fishing, and wildlife watching. Madeline Island, the largest of the islands and the only one not protected by the National Park Service, is host to commercial and private property and is the gateway to the national lakeshore. The Apostle Islands National Lakeshore contains eleven sites listed in the National Register of Historic Places, including a fishing dock (added in 1976), the lighthouses (1977), several camps (1977-1983), and an historic district (2008). 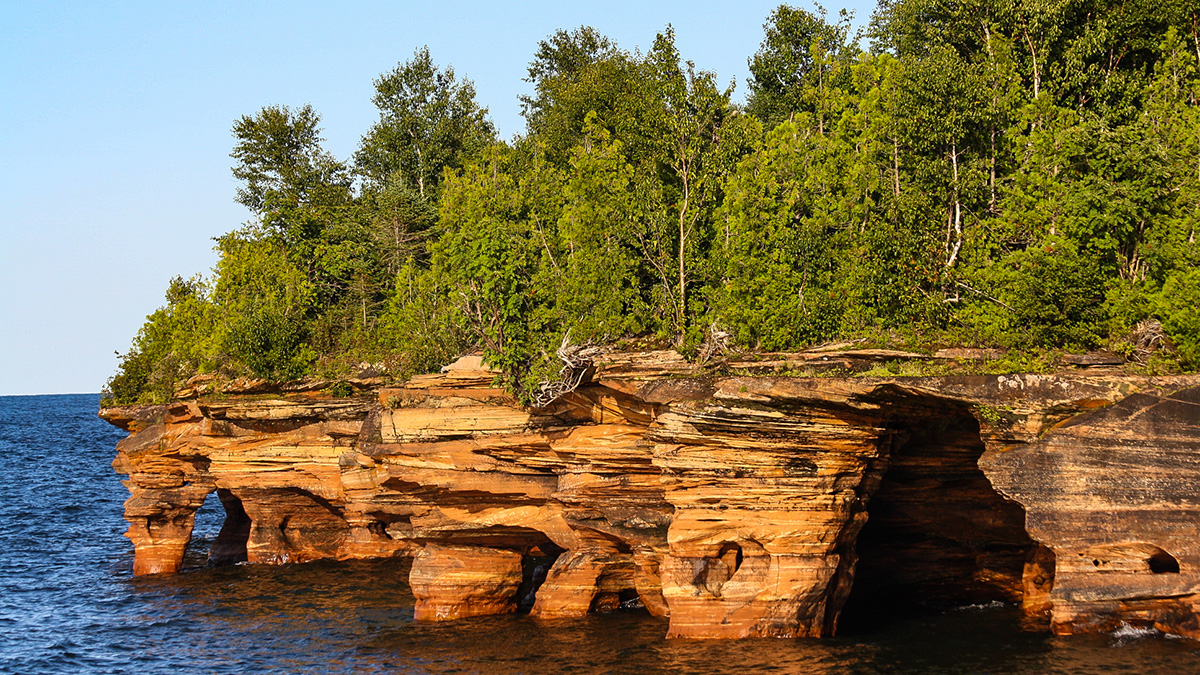 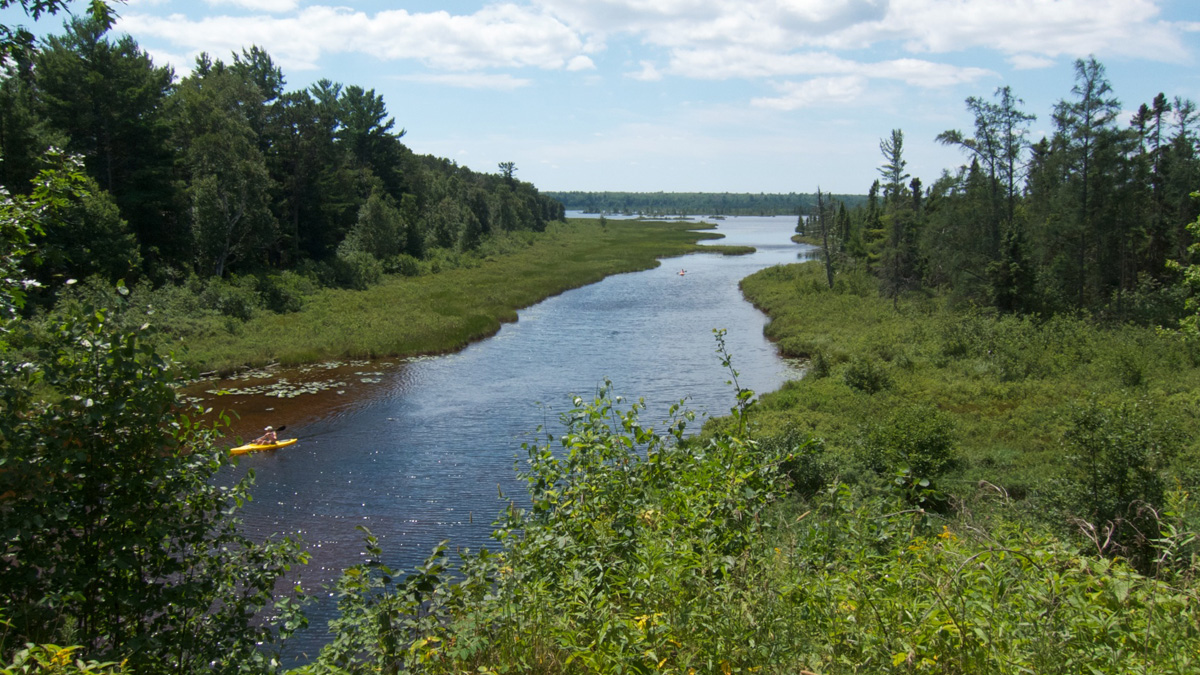 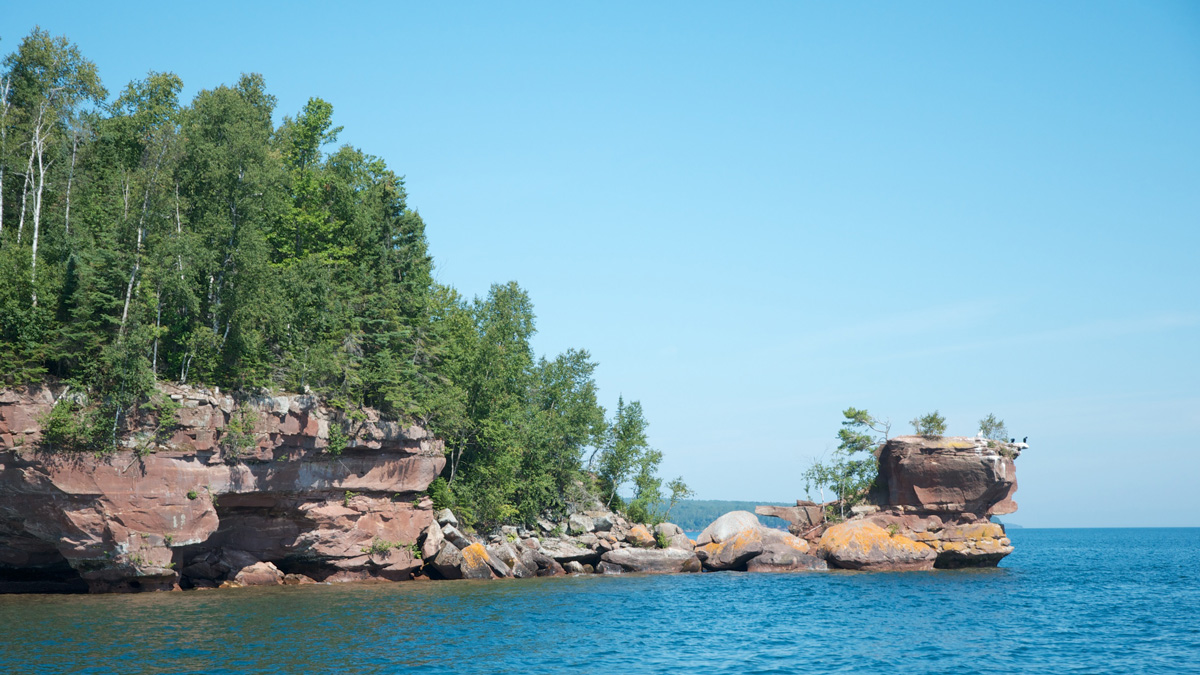 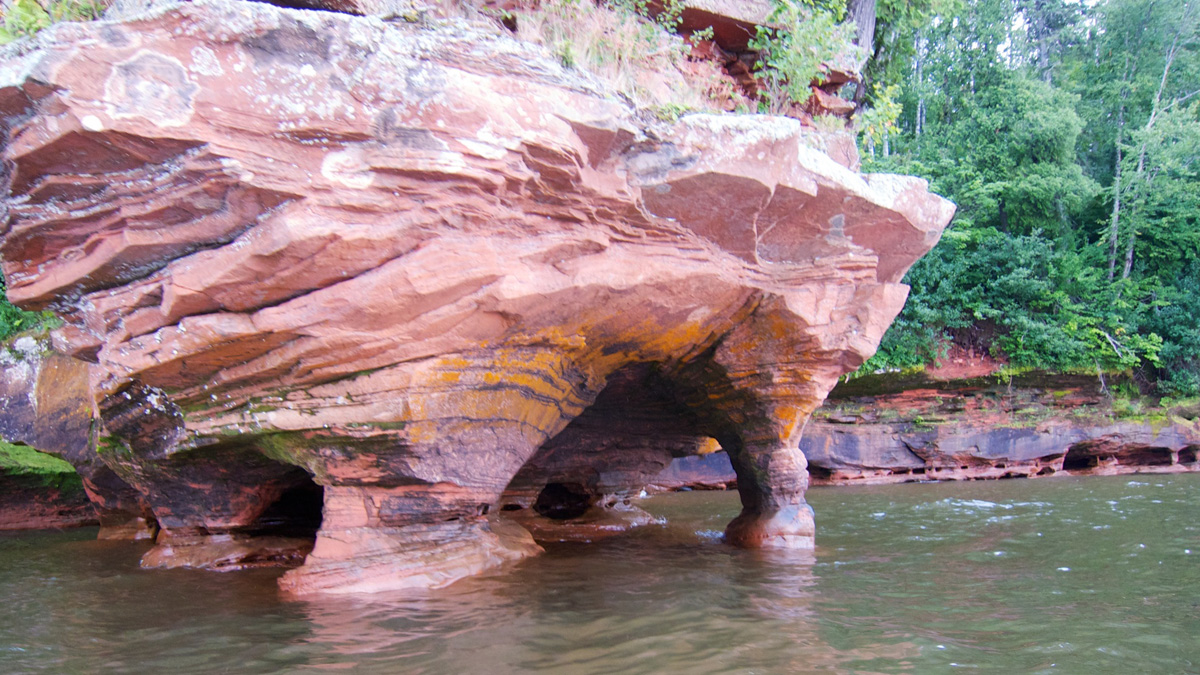 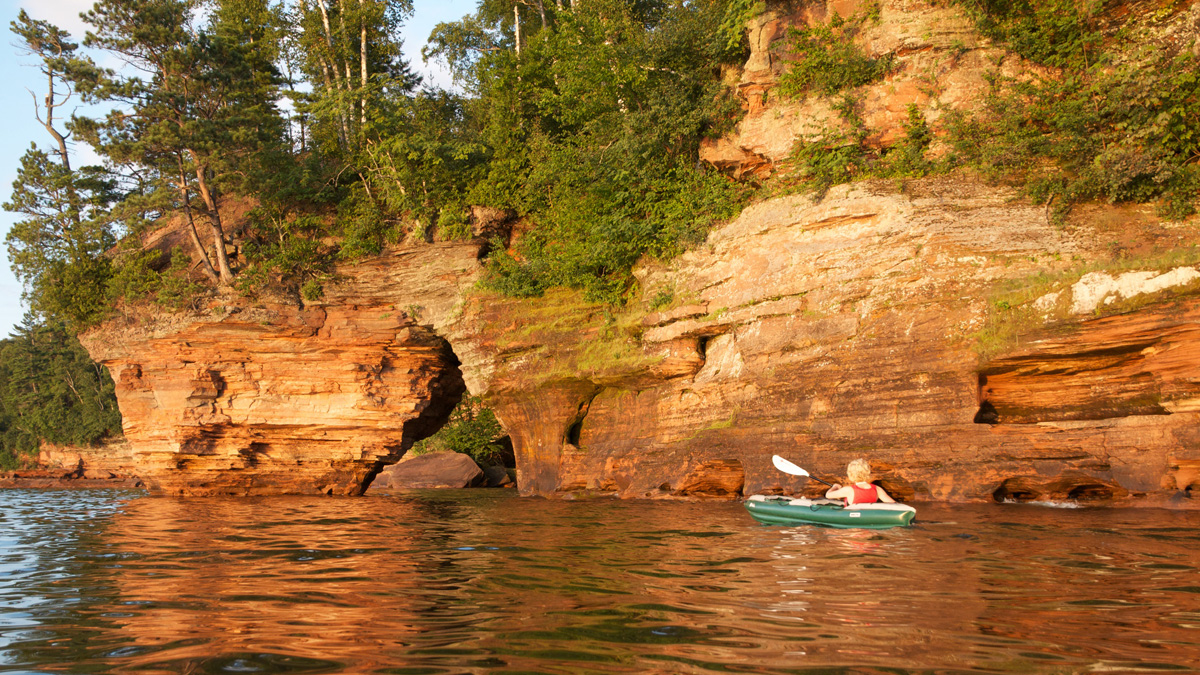 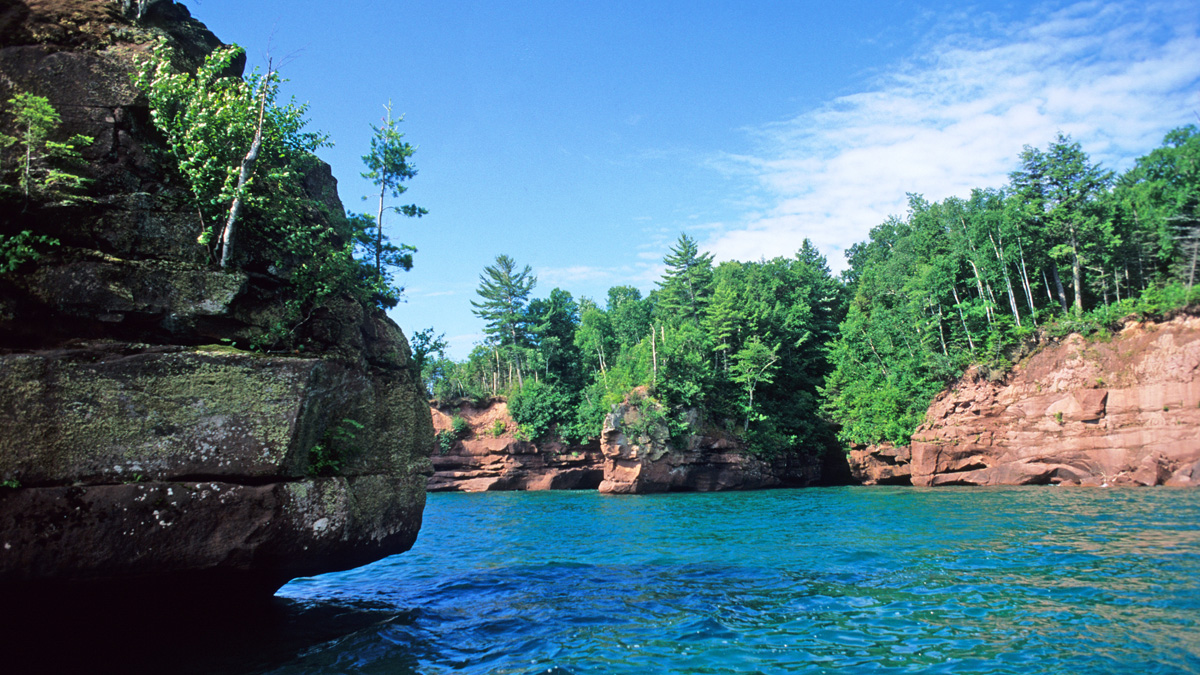