The Cadbury Factory at Moreton, designed by Sir Geoffrey Jellicoe in 1952, was developed within the United Kingdom’s postwar reconstruction era. As a chocolate and biscuit (cookie) factory, it was conceived as a means of moving from wartime to peacetime production in a Modernist idiom-a rarity in its day.

Jellicoe’s pre-war work had received prominence with the modernist Caveman Restaurant at Cheddar Gorge where he worked with Russell Page. Their partnership ended at the outbreak of the war. Jellicoe resurrected his modernist thinking at Cadbury; however, unlike earlier ‘industrial villages’ the factory did not provide the broad range of social and welfare facilities of places such as Port Sunlight or Salt Aire. The factory appears as a testing ground for Jellicoe’s later work particularly in his use of water, perspective and the role of the subconscious.

Located a few hundred meters from the Irish Sea on the northwest coast of England, the Cadbury Bros Ltd. Factory (now Burton Foods) is near both Birkenhead and Liverpool. Heavily bombed during the war, a purpose built factory would be an asset to reconstruction of the region. Its location was chosen since it was a few degrees cooler year-round compared to the main factory near Birmingham. Originally designed to employ 450 men and women, it employed over 6,000 at its peak. It is not known how Jellicoe gained the commission, but the factory buildings by Cadbury’s in-house architect C J Wilkinson were as modern as Jellicoe’s landscape. Jellicoe’s wartime work showed a move from the private garden to the new industrial landscapes, and then towards new town plans in the post war period including Guildford and Hemel Hempstead. 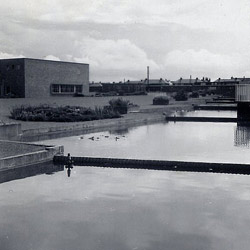 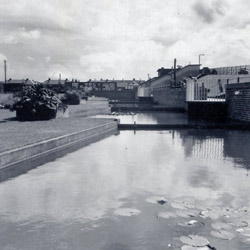 In developing the landscape, the site could hardly have been worse since it was poorly drained and hammered by strong winds off the sea. Jellicoe wrote in 1963: ‘I think the idea behind this scheme points the way to what I have been trying to suggest today — that the imagination can create worlds which do not in fact exist…From the point of view of landscape it is a diabolical site. It is bare and exposed to the most violent winds. There is a major drain, now a canal, of great width and depth cutting the site in half’. In the same report, he described how he attempted to humanise the site by breaking it into smaller geometric units which could be used for factory extensions, playing fields or housing. He used the building positions and new tree planting to provide shelter and spatial definition. He used the excavated spoil to create a mound with the new trees running along the entire east-west axis, to the north side of the new factory buildings. A second mound was proposed in the southeast corner of the site, along with a wind break to the north side.

At this time, a developing Jellicoe trademark was his use of metaphor; he believed in supplying interesting titles to his landscape features as a means of stimulating the imagination. At Moreton, he developed a storyline where the mounds took on the ‘extended shape of two serpents’; he referred to this as a clue to his design, where nature provided the aesthetic quality. The serpent was also a reference to the ‘vast prehistoric monsters’ that would have inhabited the submerged forest that once existed on site. He used the same symbolism of the serpent for the water canal at Hemel Hempstead new town; in this case the serpent was seen as the guardian of the environment. The metaphor continued into the planting where the windward side of the mounds would be ‘armour-plated with tough hardwood or conifer trees, whereas the inside face (being the soft under-belly) would be richly planted with flowering trees and shrubs’. Jellicoe’s use of metaphor is not contemporary with the project, but was overlaid approximately a decade after the project was completed.

As part of his design Jellicoe located ten pools, nine cascades and four balconies parallel to the main road of the factory. An unusual location since as they were not at the main entrance, but along the route that workers using public transport would take. He wrote that ‘the modern water barrier corresponds to the eighteenth century ha-ha, for its purpose is to provide a fence which, though not invisible itself, nevertheless conceals its true purpose…its intention is not to keep out the determined attack but rather the casual. It should be more than jumping width and too deep for paddling’. He described its tradition as based on the cattle moat around an English manor house, rather than an impregnable castle moat, but in modern society it should be decorative in appearance. The ponds have details that he would later employ at Hemel Hempstead. These appear to be his first use of cascades and would become a major influence in his later work.

Better known for his false perspective of the Magritte Walk at Sutton Place, Moreton predates Sutton by several decades. Jellicoe believed that greater distance could be achieved by eliminating boundaries and by adjusting apparent parallel lines, and changing the scale of architectural features. Here, Jellicoe used an off-set angle to each pool, tapering every one individually although at the same repeat angle. This created a sense of increased distance looking from either end as it is impossible to read it as a single piece of water, or to understand the size of each pool. On the factory side, the projecting point of each pond is anchored to the landscape with a raised square planter. These planters act as punctuation points in the landscape, taking the eye to the side and pausing to take in the detail; more importantly, they disguise the boundary of the lawn and pool edges.

Moreton is both pivotal and significant in the development of Jellicoe’s thinking; it is really the first of his water gardens which combines his theories on perspectives, scale and the use of metaphor. It was his experimental ground for greater things to follow such as the Hemel Hempstead water gardens. It is also a rarity in terms of Modernist landscapes within the United Kingdom. Few exist as most post-war reconstruction looked backwards rather than forward, a sense of safety in the past rather than an unknown future.

Today, neglect is the greatest threat as evidenced by the leaking ponds and the pumps that stopped working long ago. It appears that for the stewards, there is little knowledge of the importance or rarity of the work. Thankfully, the Landscape Institute were given four drawings of the site from Jellicoe, and as a result of this knowledge the landscape could be restored and its mechanical systems rehabilitated. The factory has a substantial amount of undeveloped land, including the area between the ponds and the main factory. Adjacent to a train station: it is ideal for development. As employee numbers have dropped to a few hundred, there have been rumours of redundancies. Additionally, there have been development proposals for the site which could eventually result in the loss of the fabric. The site is still complete and retains its integrity, but economic pressures could result in its loss. 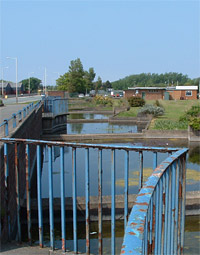 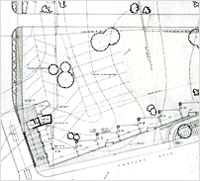 Contact or write to English Heritage to have the Cadbury Factory included on the their Register of Parks and Gardens of Historic Interest in England. 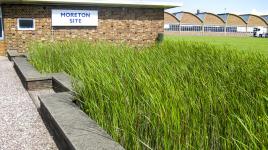 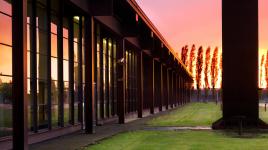