Rockefeller Park and its landmark Cleveland Cultural Gardens are threatened by a proposed stream restoration project of Doan Brook, an urban stream that runs along the entire length of the park.  This is a mitigation project to compensate for loss of wetlands related to the expansion of Cleveland’s Hopkins International Airport. 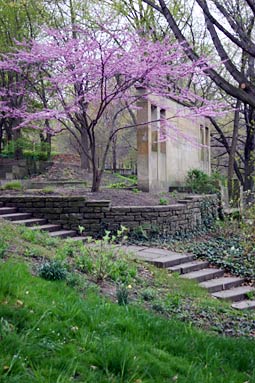 The Cleveland Cultural Gardens were conceived as a symbol of the Nation’s multicultural heritage, the richness of our cultural diversity and to the ideal of world peace through mutual understanding.  It is important to note that the Gardens were created during a period of widespread xenophobia in the early 1900s.  The nation was caught up in the idea of pure “Americanism”- creating an American culture with its own customs, beliefs and traditions, different from other nations.  The idea of the Cultural Gardens directly opposed this way of thinking.  It recognized that this country, perhaps more than any other, was built on the ideals, the hopes and dreams, the customs and traditions of many people of many nations, and that throughout our history, this constant infusion of new ideas and new ways has enriched us as a people and has made us great as a nation.  It recognized that our true identity exists in our multiculturalism.

The Cultural Gardens lie in Rockefeller Park, a two hundred fifty four acre tranquil, ravine-like setting that spans two miles between University Circle, Cleveland’s Cultural center to the South, and Lake Erie to the North.  John D. Rockefeller donated the land for the Park to his city in 1896 in celebration of Cleveland’s first centennial.  Ernest Bowditch, a renowned Boston landscape architect designed a meandering parkway flanked by wide-open green space framed by steeply sloped terrain.  The elegant retaining walls lining the Doan Brook along its course through Rockefeller Park were built to stop soil erosion along the banks of the ravine like parkway, and allowed for much needed lawn surface to be extended to the water’s edge.  Four massive stone bridges, each with a unique design by Charles Schweinfurth, were built to carry major transportation routes across the Park.  The WPA built much of the existing historic hardscape.  In fact, the Federal government contributed heavily to the construction of both the Gardens and Rockefeller Park.

The Cultural Gardens represent a unique and early expression of commemorative landscape architecture.  The typical design incorporates extensive stone terraces, decorative masonry walls and ironwork, fountains and pools in combination with statuary of cultural icons.  European architects created several Garden plans.  A Donald Gray, Ashburton Tripp and Maurice Cornell, all prominent Cleveland landscape architects, were largely responsible for the remainder.  Over sixty commemorative sculptural pieces were originally placed in the Gardens.  Of these, the more famous include the monumental bronze of Goethe and Schiller, a large collection of work by the internationally renowned cubist sculptor, Alexander Archipenko.

Twenty five nationalities are represented in the Cultural Gardens. The American Legion Peace Gardens (Garden of the Nations and Garden of the States) are of particular significance as they represent the central theme of the entire Garden chain, “Peace through mutual understanding.”  In the Garden of the Nations there is a bust of Miss Liberty beneath which is a marble crypt containing soil from twenty eight nations, mixed together to symbolize harmony and unity among all people.  When the India Garden is dedicated on Oct 1, 2006, soil from that country will be deposited into the crypt by India’s Ambassador to the United States.  Additional Gardens are planned for nationalities that are not now represented to better reflect our global community.  These include the Latvian, Serbian and Azerbaijan.  In fact, the latter represents the first Garden completely funded by a foreign country.  This clearly illustrates the enduring international recognition of the Cultural Gardens. 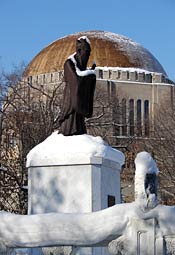 Today, there is a mitigation project which seeks to restore the Doan Brook in Rockefeller Park to a “natural” state and as part of this process no financial resources will be dedicated to the restoration and rehabilitation of the Park and Gardens.   The main impact will be to significantly alter the character of the park, (including its historically significant character-defining features) from a historic public park with wide open green space to a “more rough appearance reminiscent of a nature preserve”, according to the findings of a recent Section 106 analysis.  Although the primary goals of the project includes improvement in water quality, a reduction in flooding and a decrease in bank erosion, many people have openly questioned whether any of these goals will be achieved.  According to an independent study of the proposal by Hydrosphere Engineering the project will do nothing to improve water quality or to reduce flooding but will result in significant erosion that could cause irreparable damage to the historic features of the Park and Gardens.  The stone retaining walls that line the water’s edge have stopped erosion of the stream banks and shifting of the Doan Brook for over 70 years.  They were hand-built by the WPA and are a unique and beautiful design feature of Rockefeller Park.  According to the plan, well over 50% of these, historically significant walls will be torn down to create a more natural stream bank.  Despite the use of natural bank hardening techniques of tree roots, rocks and vegetation, erosion will significantly increase along these areas and the remaining retaining walls will eventually weaken and collapse as rushing water slowly erodes the ground behind them.

Additionally, over 11 acres of lawn surface will be lost along the 11,000-plus linear feet of retaining walls that will be torn down in order to create a more naturalistic stream bank.  These 11 acres of managed lawn surface, currently used for recreational purposes will be replaced with natural grasses, trees and other vegetation.  The Park will lose over 25% of its greensward.  This will greatly diminish the historic character as well as the historic function of the area as a public park.  For example, many of the open views of the Park and Gardens along the roadway and walking paths will be lost as the plantings along the re-graded banks mature.  This will not only detract from the beauty of the Park, but also give rise to new security issues related to poor visibility.  Many people are concerned that the Park will be less safe. 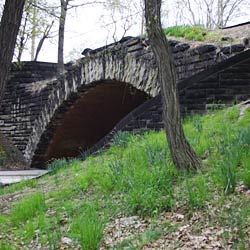 Contact the following departments and encourage them to implement a plan a plan that balances natural and cultural values – a central idea behind the original plan. In sum, the new plan should preserve and protect the historic character-defining features of this nationally significant park rather than needlessly destroy it to satisfy a Federal mandate to preserve wetlands. 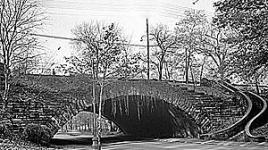 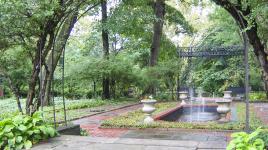