A hearing on May 2, 2019, before the New York City Council will likely present one of the final opportunities for supporters of the Elizabeth Street Garden to persuade council members and others to prevent the garden’s demolition. Allan Reiver, described by the New York Times as an outsider artist, created the site from vacant city-owned space he leased beginning in 1991. The city has proposed developing 123 units of low-income housing and market-rate retail space; the project is called Haven Green. Garden supporters note that larger lots that could accommodate more housing units can be found nearby and that the garden offers a rare parcel of much-needed open space that is enjoyed by more than 100,000 people annually.

Thousands have rallied on behalf of the garden, including the singer/entertainer Bette Midler and former NYC Parks Commissioner Adrian Benepe. On Thursday, January 24, 2019, Manhattan’s Community Board 2 (CB2) voted unanimously to reject the plan to turn the one-acre garden into affordable housing units. Although advisory in nature, the vote was nevertheless a modest victory for the community, local officials, and advocates who are rallying to protect the site. However, on April 10, 2019, the City Planning Commission voted unanimously for demolition. 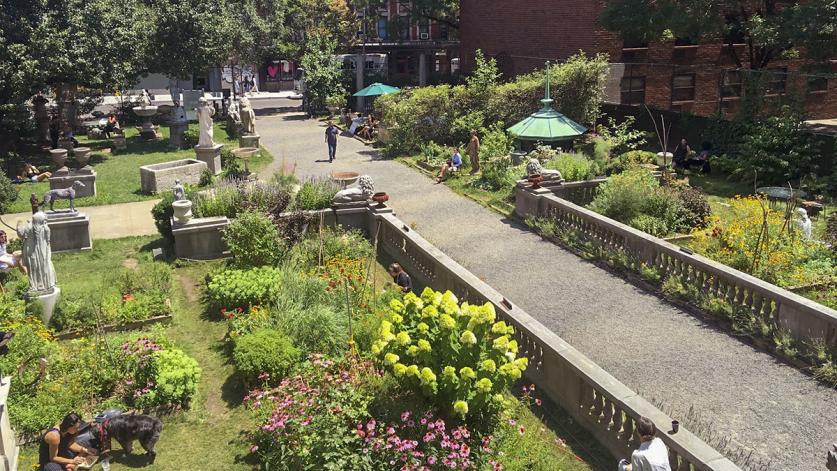 Following the hearing on May 2, the City Council will vote in June on whether to raze the garden. Lawsuits have been filed by two non-profits against the Department of Housing Preservation and Development, contesting the legitimacy of the city’s Environmental Assessment Statement (EAS). Attorneys for the non-profits have argued that the garden has been wrongly classified as a blighted space, to avoid a more stringent Environment Impact Statement (EIS). If the lawsuits are successful, the entire review process would have to be repeated to include an EIS and would closely study the project’s impact on the contiguous neighborhood. New York City Comptroller Scott Stringer has argued that the question of the Elizabeth Street Garden’s continued existence has wrongly been framed as an unambiguous choice between open space and affordable housing, pitting people within the community against each other; especially when it remains indisputable that both are vital components of progressive planning.

Meanwhile, efforts to save the eclectic community garden continue. Melanie Macchio, an architectural historian, has issued a letter of support, stating that the garden is an exemplary work of outsider art and should be nominated to the National Register of Historic Places. TCLF had previously noted that the garden features several neoclassical sculptures and architectural elements, including a stone-and-granite balustrade designed by French landscape architect Jacques-Henri-Auguste Gréber. Reiver salvaged the balustrade from the 36-acre Lynnewood Hall estate in the Philadelphia area. A copper gazebo designed by Olmsted Brothers for Burrwood (the former home of Walter Jennings) is also displayed in the garden, donated in perpetuity (along with the balustrade) by Reiver. Outsider art has been previously recognized by the NRHP in listings such as Opus 40 in Saugerties, New York, Coral Castle in Miami-Dade County, Florida, the Garden of Eden in Lucas, Kansas, and Watts Towers in Los Angeles, California. A newly released video featuring Reiver highlights the importance of the landscape and his vision as an outsider artist.

Building on the vision of Elizabeth ‘Liz’ Christy and the Green Guerrillas from the 1970s, the Elizabeth Street Garden reflects the deep-rooted traditions of community activism and outsider art that have characterized local efforts at urban renewal. Christy’s work to transform abandoned plots into vegetable gardens sparked a nationwide, urban community-garden movement, and her first work was honored in 2013 with a listing in the National Register of Historic Places as part of the Bowery Historic District.

TCLF enrolled the Elizabeth Street Garden in its Landslide program in November 2018 after it was alerted to the threat. The garden’s website includes opportunities to donate to the legal fund and to sign letters and petitions to prevent the site from being demolished. 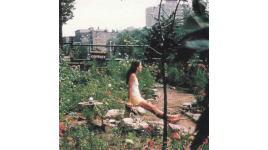 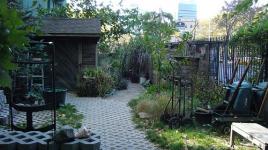 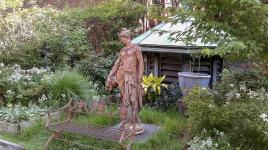