Gwendolyn Wright says Weyerhaeuser is the "Most Significant Corporate Campus in the World"
Feb 02, 2021 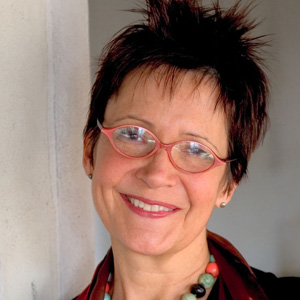 On February 1, 2021, Gwendolyn Wright, professor emerita, Graduate School of Architecture, Planning and Preservation, Columbia University, wrote the following letter to Mayor Jim Ferrell of Federal Way, WA, along with one to U.S. Army Corps of Engineers Seattle district commander Col. Alexander Bullock concerning proposals to build 1.5-million square feet of warehouse space at the Weyerhaeuser Corporate Headquarters. The Weyerhaeuser complex, which was completed in 1972, was designed by landscape architect Peter Walker, founding principal of Sasaki, Walker & Associates, and architect Edward Charles Bassett, principal with Skidmore, Owings & Merrill. This new construction would result in the clear-cutting of some 132 mostly forested acres on the 425-acre campus.

I am writing you with an urgent plea that Federal Way save the magnificent campus of the Weyerhaeuser Corporate Headquarters. As you know, Weyerhaeuser sold the campus to IRG in 2016, which now plans to develop it in ways that would drastically alter both the majesty of this incomparable site and your community’s right to enjoy its many pleasures and take pride in its renown.  Even if the building itself remains intact, its natural surroundings would be irrevocably damaged.

I am an architectural and urban historian at Columbia University, a specialist in the history of the American built environment. Today architects, historians, scientists, and the general public finally realize that all buildings, past and present, must be seen in terms of their larger social and environmental surroundings. American states and localities now require that architecture and infrastructure be responsive to the physical world around them and to the climate crisis the world is facing.  (Surely this must be true of Washington State.) Every school of architecture and engineering now requires knowledge about these concerns.

Yet these sensibilities are not entirely new. The U.S. has wonderful examples of earlier structures-and-surroundings that were designed harmoniously. This is particularly true on the West Coast, from California to Washington. I don’t mean nostalgia for a rural aesthetic in the distant past. Many of the best examples date from the 1970s, when major architects, landscape architects and independent thinkers of all sorts recognized both the joys and the challenges of the natural world that is so intimately tied to every building.

Modern architects like Edward Charles Bassett of SOM’s San Francisco office, who designed the Weyerhaeuser campus, were among the early champions of this enlightened environmental design. And Peter Walker, the world-renowned landscape architect for the campus, has told me he considers this his most significant work.

The Weyerhaeuser campus is a remarkable example of this synthesis. I singled it out on pp. 207-8 of my book, USA, part of a series called Modern Architectures in History that has chronicled the distinctive histories of almost 30 countries around the world. (It was published in 2008 by Reaktion Books of London and the University of Chicago Press in the US.) I’d wanted to have an illustration of Weyerhaeuser but the editor argued for more regional diversity. Thus I can attest that this building and its surroundings are highly significant, not just locally, but nationally and even internationally. Basset, the architect, said that a prime design concept was to “find a point where the landscaping and the building simply could not be separated, that they were each a creature of the other and so dependent that they could hardly have survived alone.” We cannot let that aspiration be destroyed.

It is also significant that the client was a major national corporation. Specializing in forest products and land development, Weyerhaeuser is one of the world’s largest private owners of timberlands. It has been based in the Seattle area for over a century.  George Weyerhaeuser, the CEO who commissioned the project, personally chose both Bassett and Walker -- turning down the New York City architect who had originally been put forth. He recognized their empathy for the environment and the values of the Pacific Northwest, even if he was also surely aware that the harmonious amalgam of handsome modern architecture and a magnificent natural environment, open to the public, was good public relations.

I am astounded that the Weyerhaeuser Corporate Headquarters hasn’t already been put on the National Register of Historic Places. People around the country admire the building and its harmonious connection to the surrounding landscape. It is one of the most exquisite settings in the US, certainly among corporate settings. Indeed, like many American architectural historians at major universities, I consider it the most significant corporate campus in the world.

It is almost unthinkable that Federal Way is even considering the two recent proposals for clearcutting vast portions of the site for industrial and warehousing purposes. Both proposals violate the 1981 master plan that specifies where any future development can take place. At the very least any new plans should respect that master plan.

Hopefully there can be a much more subtle reuse of this splendid building and its site, respectful of the natural environment and proud of the inspired architecture. Perhaps something involved with environmental education or training for green jobs.  (After all, the University of Washington has one of the best landscape architecture departments in the country; surely my colleagues there would be distressed to learn about what might happen to this treasure.)  The location between Seattle and Tacoma is a prime asset too. In any case, it would be a terrible shame to deface these surroundings and thereby destroy any future repurposing of the magnificent iconic building and its surroundings.

If I may be of any further use in your deliberations, please do not hesitate to contact me. 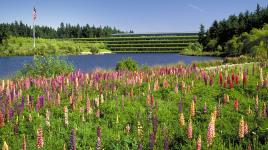 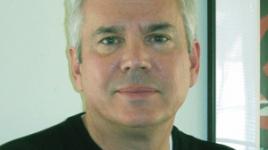 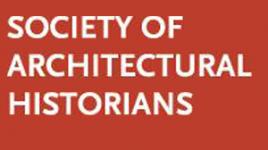