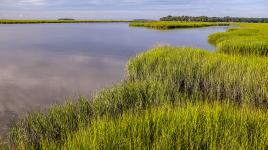 First appearing on a pre-Civil War topographical survey map in 1856-57, Hog Hammock was one of fifteen African American Saltwater Geechee settlements on Sapelo Island, Georgia. The Geechee are descendants of enslaved West Africans brought to work on Sea Island plantations along the Atlantic coast. Named after Sampson Hogg who was employed by the Spalding Plantation to care for livestock, the 434-acre site was eventually acquired through deed of gift by the freedmen of Thomas Spalding, the plantation owner, after the Civil War.

Bounded by sweetgrass marshland on the east and southeast, a road to the west, and an irrigation canal to the north, the settlement comprises 50 houses scattered in an irregular pattern and connected by meandering paths cut into the surrounding thicket—an organic layout that has remained unchanged since its inception and is evocative of indigenous settlements in West Africa. Dotted with wood-frame, one-story houses with gabled roofs and a front porch, the site encompasses several historic buildings, including the St. Luke’s Baptist Church (built ca. 1924), the Farmer’s Alliance Lodge Hall (ca. 1929), First African Baptist Church (1968), and the former Rosenwald School (ca. 1931). The ecology of Hog Hammock, with its Spanish bayonet, open fields, salt-stunted oaks, and scrubby saw palmettos, has been shaped by 200 years of Geechee subsistence agriculture, shrimping, and fishing. The landscape is still sporadically dotted with orange trees from the Spalding era. From the 1930s to the 1950s, the consolidation of land on the island by Richard J. Reynolds, Jr., resulted in the erasure of fourteen neighbourhoods and the displacement of the Geechee to Hog Hammock, which is the only remaining settlement. Over time, Hog Hammock’s population has dwindled from 500 Geechee inhabitants in the early 1950s to fewer than 30. Hog Hammock was added to the National Register of Historic Places in 1996. 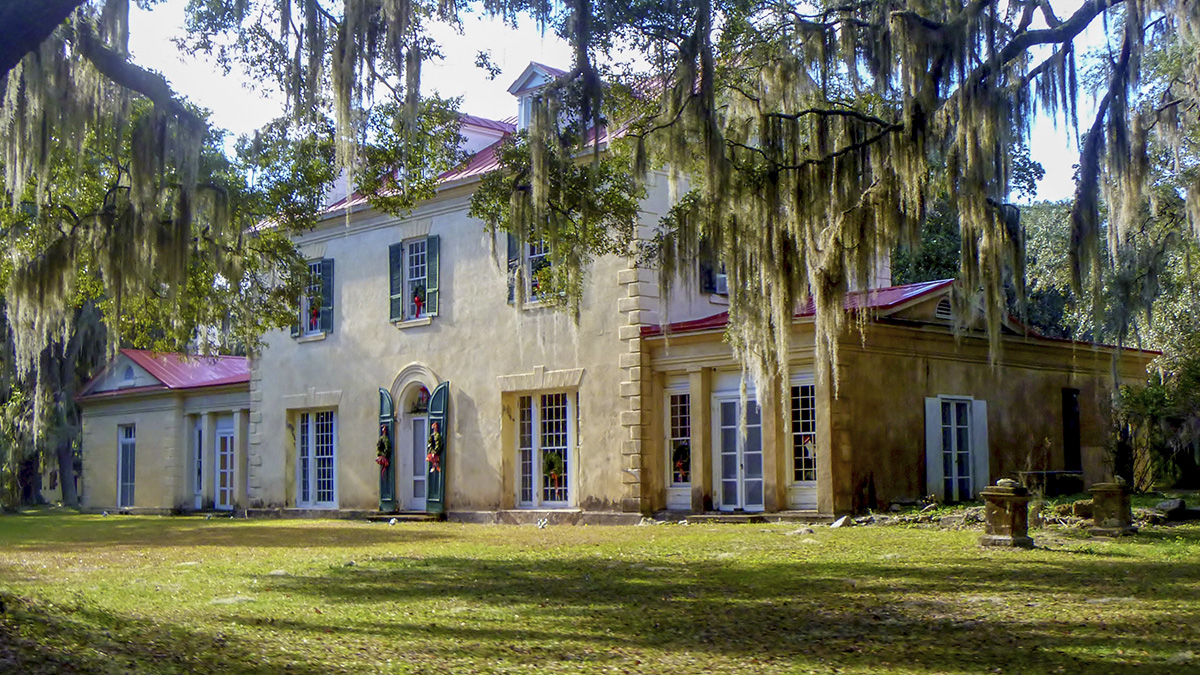 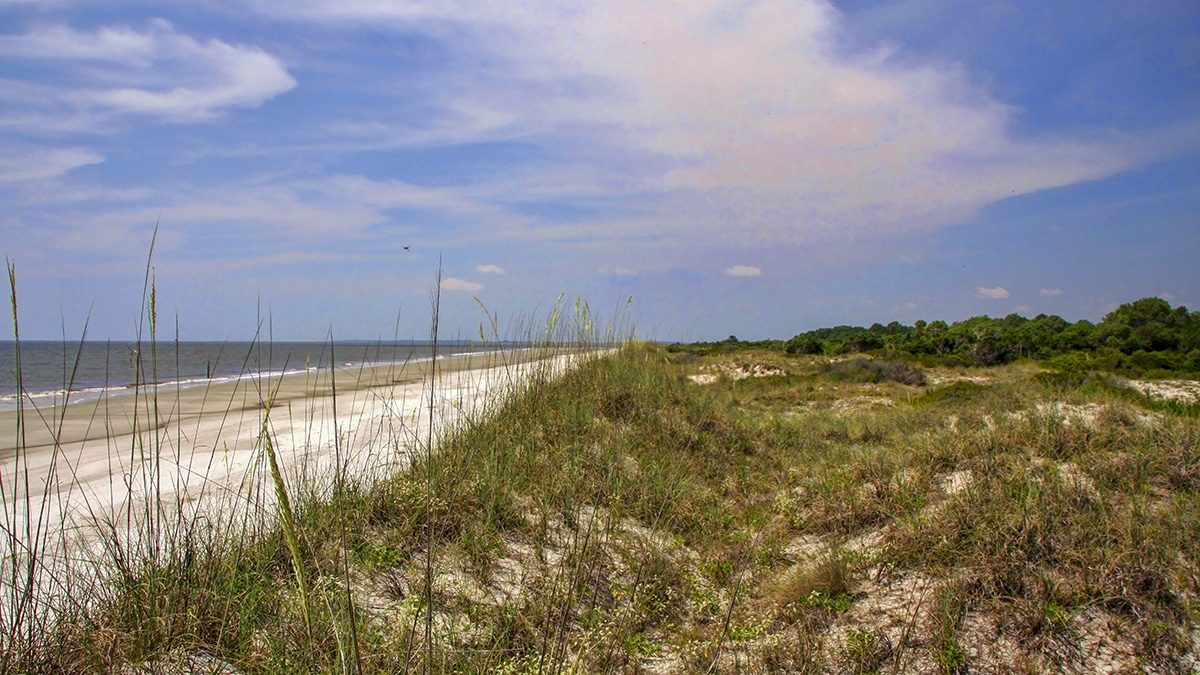 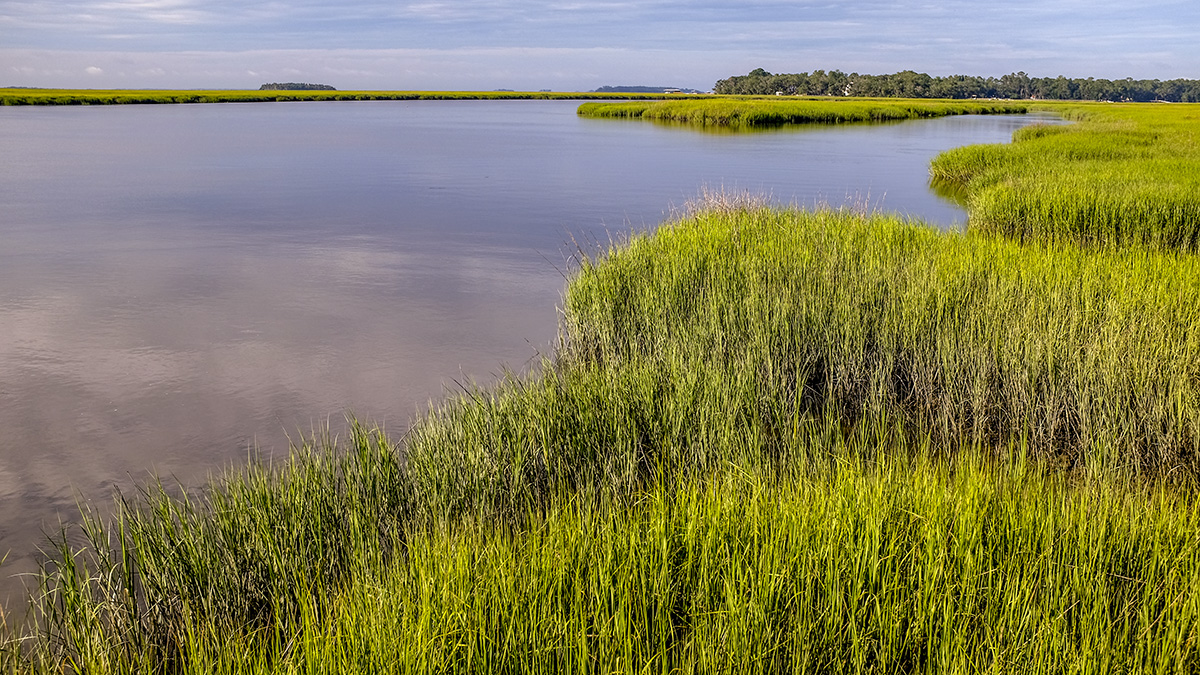 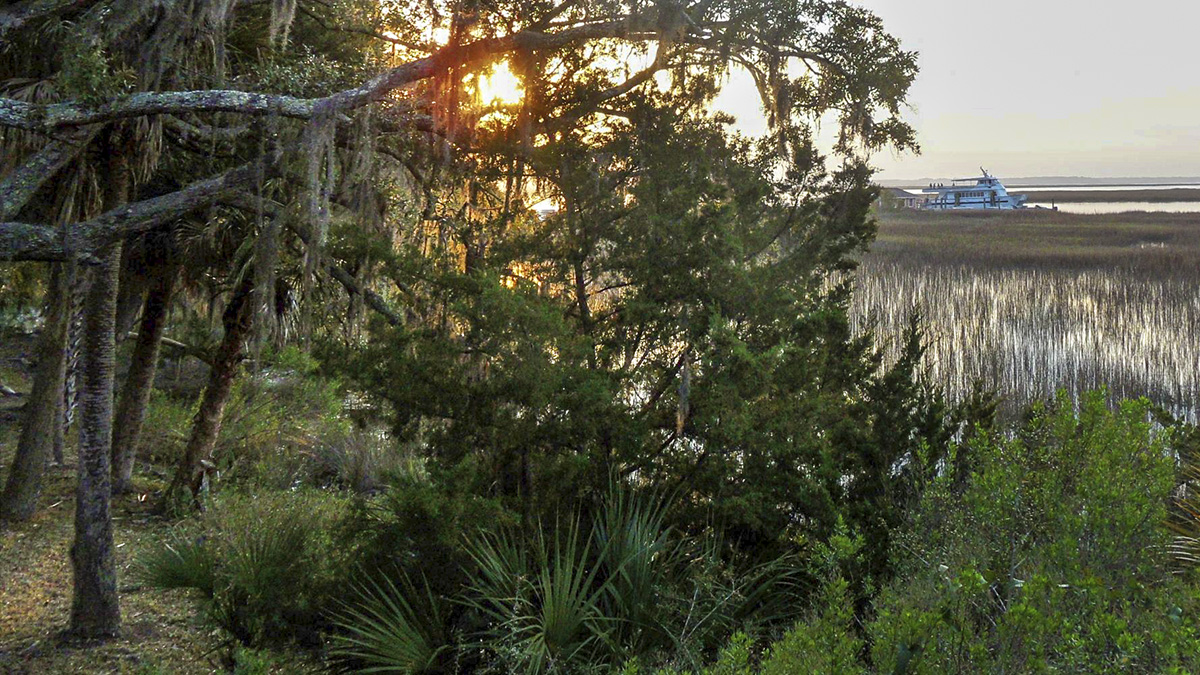 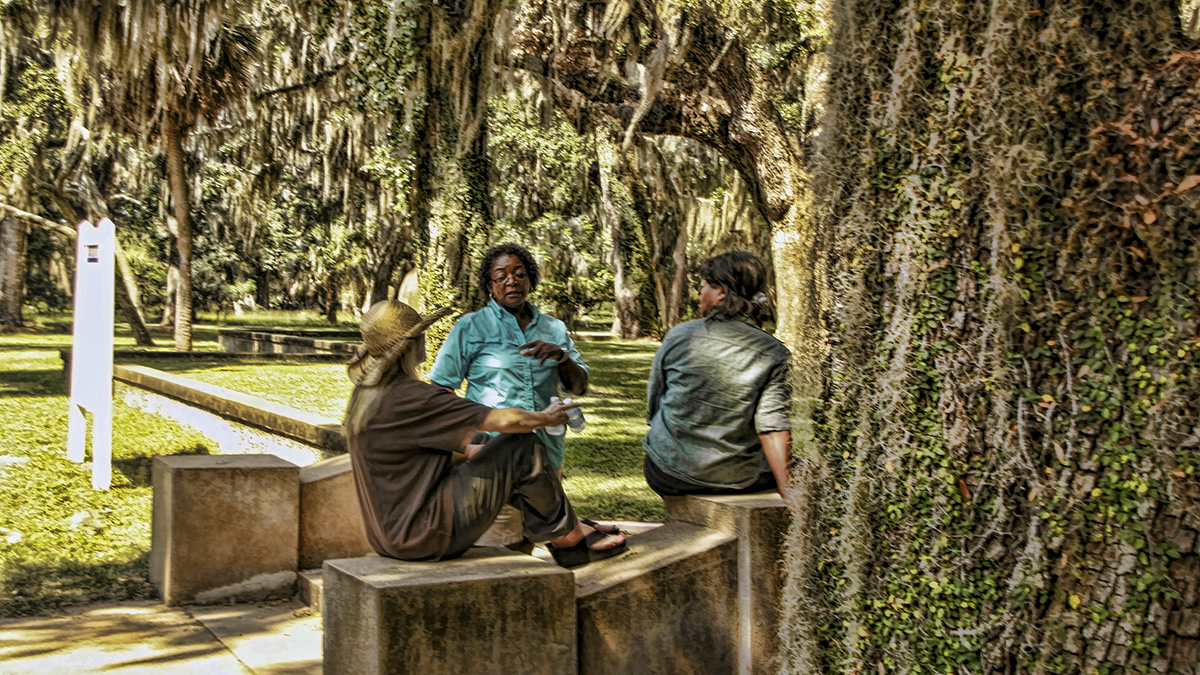 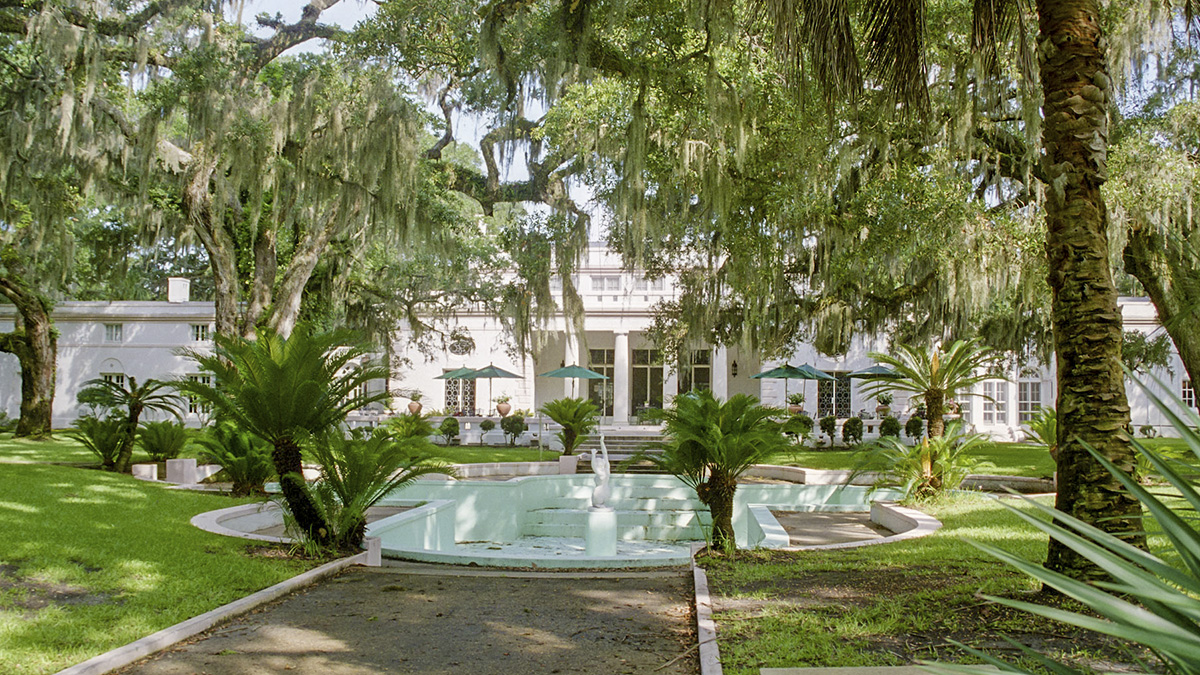 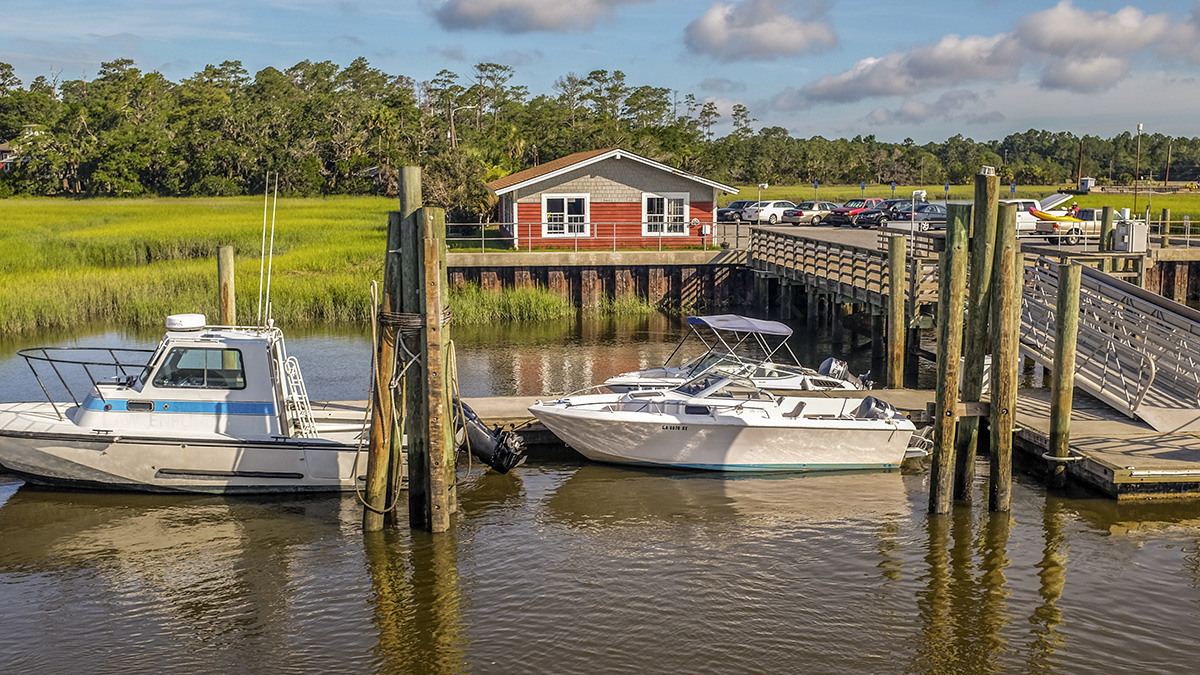 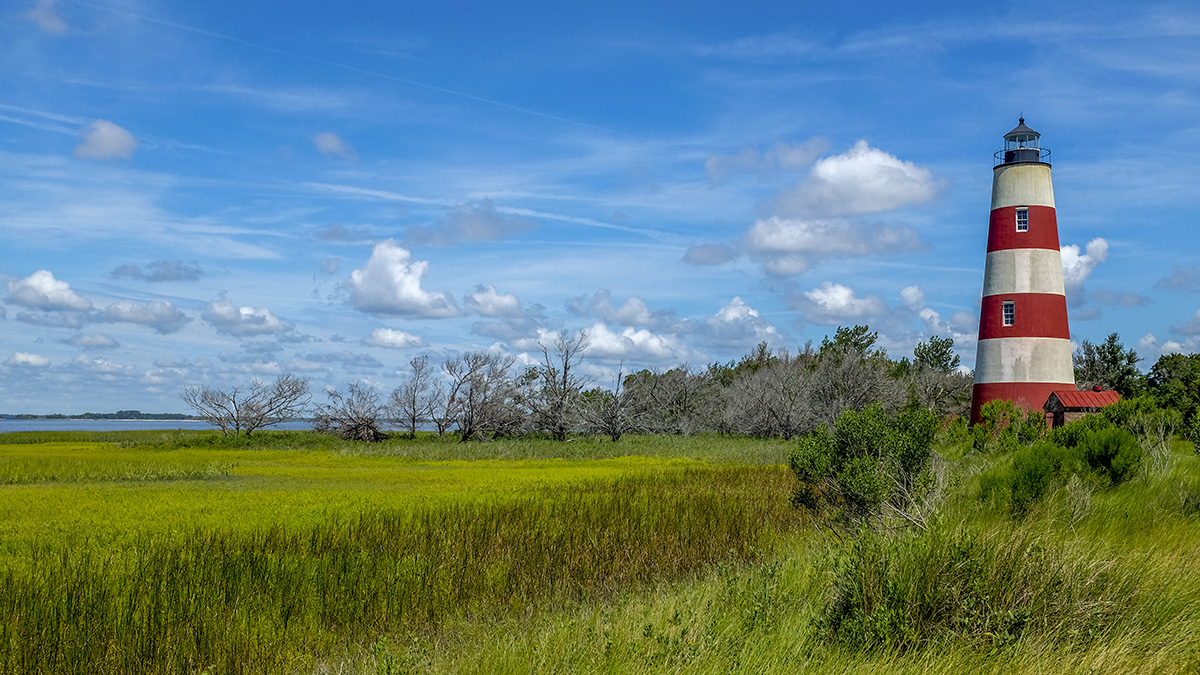 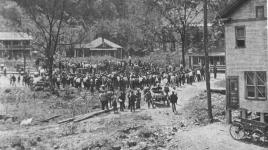