It Takes One: Dan Burkhardt

It Takes One: Dan Burkhardt 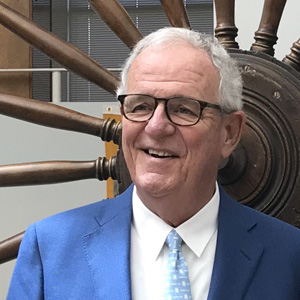 Dan Burkhardt, the owner of the Bethlehem Valley Farm & Vineyards, is the co-founder of two St. Louis-based advocacy organizations, the Katy Land Trust and Magnificent Missouri, both established in 2010. The Katy Land Trust‘s mission is to conserve land along the 225-mile Katy Trail State Park, the longest bike path in the United States. Magnificent Missouri supports land conservation, historic preservation, and economic development within the last 100 miles of the Missouri River Valley.

What inspired you to establish the Katy Land Trust?

In 1994 my wife, Connie, and I purchased a 220-acre hay-and-cattle farm near the Missouri River. The owner had developed a plan to dam the long valley and create homesites surrounding the resulting lake. Our purchase prevented that development, and we wanted to ensure that the property wasn’t in danger of development in the future. Subsequently, I became familiar with how American Farmland Trust and other local land trusts protected properties like ours using conservation easements. We wanted not only to protect our farm from future development but to make other landowners aware of the benefits of conservation easements. I also worked with Ted Jones, the senior partner of Edward Jones, a St. Louis-based securities firm, who had provided the funding and the inspiration to convert the former KATY Railroad line into the Katy Trail in 1990. Connie and I formed the Katy Land Trust, in 2010, to build on Ted’s preservation legacy by protecting other farms from development.

How did your experiences at the Katy Land Trust influence your decision to establish Magnificent Missouri?

Connie and I soon realized that we wanted a way to connect with not only fellow landowners but with broader groups, including visitors from St. Louis and around the world, who came to ride the Katy Trail and experience the area. We wanted to create a bigger tent with more participants to hear our conservation message. Partnering in 2012 with my good friend John McPheeters, a fellow farm owner and conservationist, we created Magnificent Missouri to attract that larger audience. We believed that “people conserve what they love,” and we wanted Magnificent Missouri to get them to love the Missouri countryside a little more!

Why did Magnificent Missouri choose to focus on conserving the last 100 miles of the Missouri River Valley instead of other regions within the state?

In Missouri we have many remarkable natural areas, from the Ozark National Scenic Riverways in the south to the prairies in the north. However, these places are a three-to-four-hour drive from St. Louis and are relatively inaccessible. The distance, on one hand, is a good thing because it has prevented these areas from being overdeveloped, but it also makes them hard to experience for many people. The corridor formed by the Katy Trail and the last 100 miles of the Missouri River valley offers a unique place full of history and culture, which is also easily accessible. Located at the confluence of the nation’s two longest rivers, the Missouri and the Mississippi, this area bosts the longest bike path in America, as well as the country’s first American Viticultural Area, established even before the Napa Valley. The region we work to conserve provides a remarkable natural asset and a wonderful gateway to the outdoors, easy to experience and close to home. 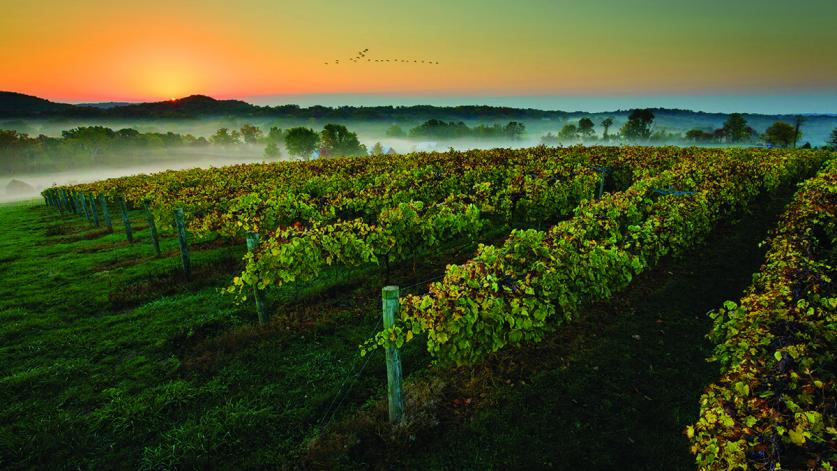 What is the key to convincing local leaders of the economic advantages of land conservation?

We believe that this area offers a way for the St. Louis metropolitan region, and the small communities in the river valley, to distinguish themselves as places that can benefit from tourism while maintaining the green space and character that makes them attractive. We have conducted seminars and discussion groups to explore the idea that commerce can be enhanced by conservation and that conserving natural areas is a way to foster increased tourism and protect valuable agricultural production.

How has the Katy Land Trust sought to educate younger generations about the importance of land conservation?

My wife and I wrote a book a few years ago, Growing Up with the River, Nine Generations on the Missouri, aimed at children—and their parents and grandparents. The book tells the story of the nine generations of children who have grown up along the last 100 miles of the Missouri River since Lewis and Clark first opened the west in 1804. Each of the chapters talks about important natural and cultural events in the region’s history, and how environmental problems can span generations. The stories featured in the book were the subject of a public television documentary called “Rivertowns,” produced by our St. Louis PBS station, the Nine Network, in 2018. The book has been used in school districts in Missouri to acquaint students with their state, and the documentary has been seen by hundreds of thousands of people in St. Louis. 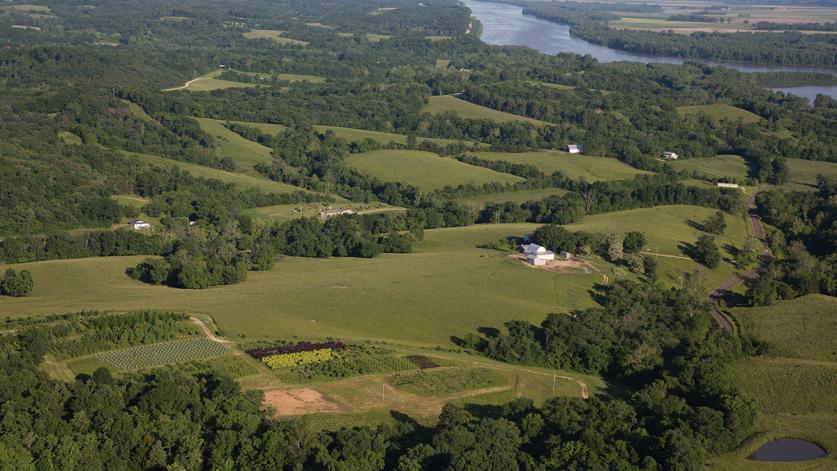 Conservation efforts at times clash with concerns over eminent domain. How does the Katy Land Trust and Magnificent Missouri work to change local landowners’ perceptions of land conservation?

Eminent domain has not been a factor as much as poor stewardship by institutional landowners. The University of Missouri was given hundreds of acres of land many decades ago by the Missouri Department of Conservation for use as an agriculture experiment station. In 2017 the university announced its intent to sell the land to a homebuilder for subdivision development. We, along with many others, objected to this plan and attempted to convince the university that this was not an appropriate use for the land. Unfortunately, the development proceeded, an example of what can happen when major institutions lack a conservation ethic.

What do you feel has been the most significant accomplishment of Magnificent Missouri to date?

Our biggest accomplishment has been persuading people to think about the value of what is in their backyard. This stretch of the Missouri River Valley is only a few minutes from the suburbs of St. Louis, the twentieth-largest metropolitan area in the United States, and less than 40 minutes from the Gateway Arch and Busch Stadium. It is truly in the backyard of millions of people and offers an unequaled place for outdoor recreation, not only along the Katy Trail but at the Busch Wildlife Area, one of Missouri’s largest conservation properties. If the valley is appreciated and respected for the unique place that it is, it can be a defining asset of the St. Louis region. 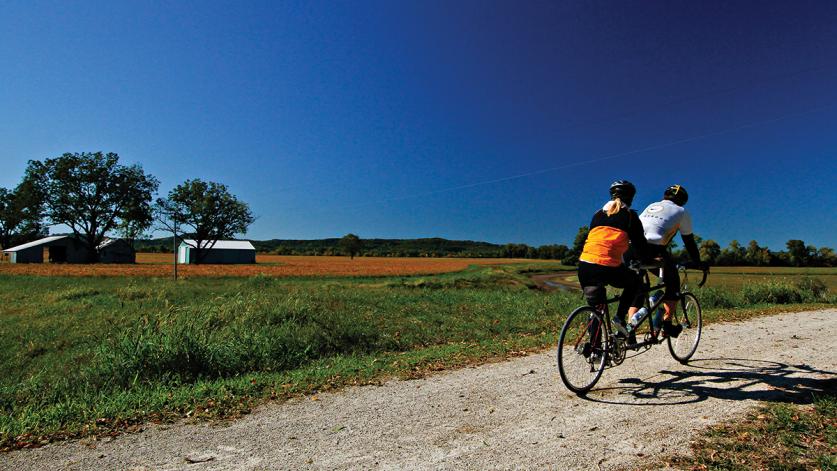 What do you see as the biggest challenge to land conservation today?

The biggest problem is simply getting people to understand that natural areas and farms don’t protect themselves. Development pressure is incessant and unending. Of course, growth is important, but our goal is to encourage individuals, governments, and business leaders to think about where growth is most appropriate and how natural areas can enhance economic prosperity and improve lifestyles. If we convince individual landowners to protect their properties with conservation easements, the easements will always be retained for forestry, recreational, and agricultural use, and therefore preserved for future generations. We hope the activities of Magnificent Missouri—books, events, tree and prairie planting, television documentaries—help convey the importance of conservation to both landowners and the wider public.

What do you want people to know most about land conservation advocacy?

Advocating for land conservation is not only a way to permanently protect landscapes, it is also a wonderful way to spend your time! The area we have designated as “Missouri River Country” stretches over 60 miles and five counties. Taking inspiration from what others have achieved in the Hudson River Valley, the Everglades, Northern California, and many other places, our goal is to define this landscape corridor as something that brings economic and lifestyle value to our region, and to have it protected. 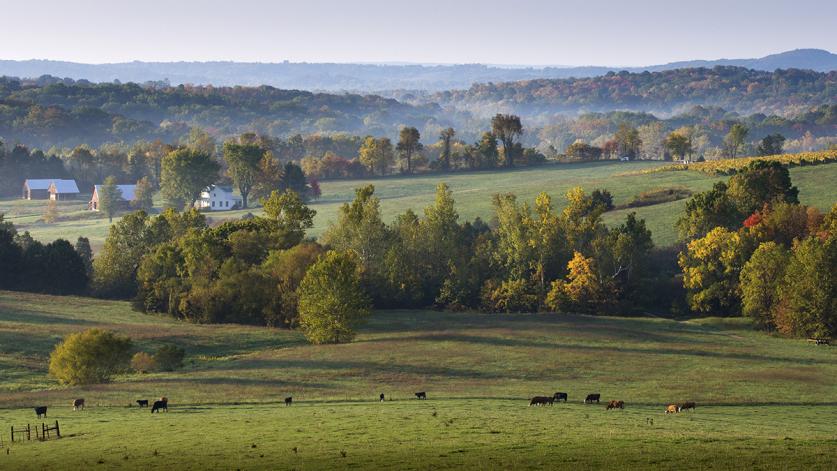 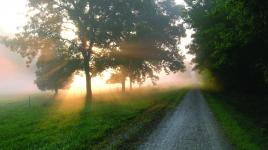 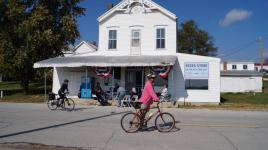