It Takes One: Dr. Andrea Roberts

It Takes One: Dr. Andrea Roberts 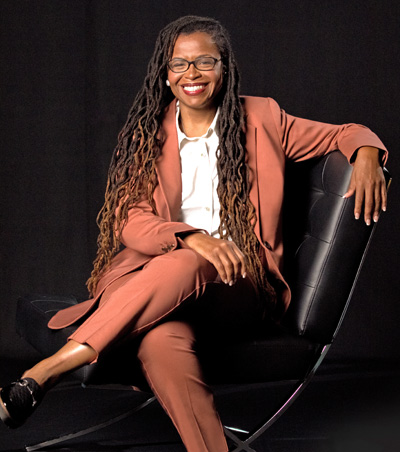 What led you to map the Black Settlements of Texas and found the Texas Freedom Colonies Project?

I grew up in freedom colonies but knew very little about them until I reached adulthood. The passing of relatives, a return to Texas from living in Philadelphia, and some family research led me to pursue a Ph.D. in community and regional planning, focusing on community development, preservation, and African American studies. I conducted my research in Deep East Texas freedom colonies located in Newton and Jasper Counties, three hours from Houston. This was a region better known for the dragging death of James Bryd than freedom; however, I found free Black space. I needed to build relationships with the people who were sharing their homes and the intimacies of their lives with me there. They shared their cultural capital, and I thought it was only fitting to demonstrate my commitment to them. I thought one of the best ways to visualize what I learned during oral histories, tours, participant observation, and visits to ranches, farms, and homesteads, was to map what I had found. I represented the research as The Texas Freedom Colonies Project™.

I started out thinking there were fourteen settlements in two counties and then found 36 total settlements after my face-to-face research. With a GIS analyst's help, I spatialized the data using geotagged photos I’d taken between 2014-16 and affixing the corresponding place names I learned from descendants. In 2017, I sought support to develop the Atlas, an online version of that first map. I wanted to map all settlements in the state and thought of the Atlas as a space in which descendants could share data virtually. We spent 2018 refining the Atlas and developing instructional material. I found that people between the ages of about 35 to 75 are computer literate and happy to share stories. The map was also informed by my professional background in planning and government. The goal was to raise awareness about freedom colonies overlooked in local history or during planning processes. 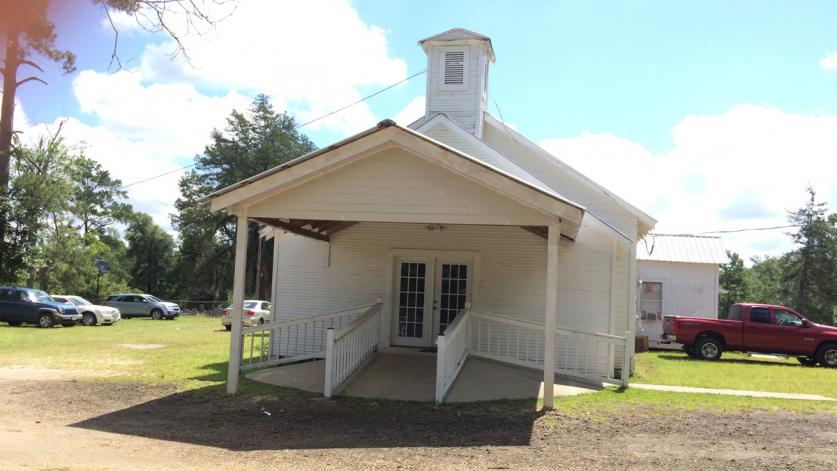 Do these cultural landscapes have typical spatial attributes and individual features? Please describe their physical composition and character-defining elements.

Simply saying “this is how you know it you're at a freedom colony” is a little bit difficult, and we are working hard to crowdsource every configuration there is: urban, rural, suburban, and exurban. The initial settlements of 1865-1930 were predominately in rural or less developed areas, founded by formerly enslaved or the children of formerly enslaved peoples. They were frequently located near what is proverbially known as bottomland, due to proximity to bodies of water in flood-prone zones. Anglos benefited from the 1866 Homestead Act, which prohibited Black access to publicly available land, and African Americans began attaining property through adverse possession (squatting) on land that no one else was cultivating. Freedom colonies were formed by these initial landowners, but a lack of legal support, land dispossession, and racial violence separated many freedom colony residents from their properties. They would then prove they had made the land productive over a certain number of years and assert their ownership. In 1870, we owned 1.7 percent of farmland, and by 1910, we held 31 percent.

Urban settlements are often located near railroads, such as in Dallas’ Stringtown and Deep Ellum. One might not necessarily be able to immediately recognize a settlement pattern today, but often there are distinctive groupings of homes side by side along a farm road. Another indication that a settlement may be nearby is that anchor institutions remain, such as schools and churches. These anchor institutions show that education and faith were prioritized. Often, all that remains is a cemetery. 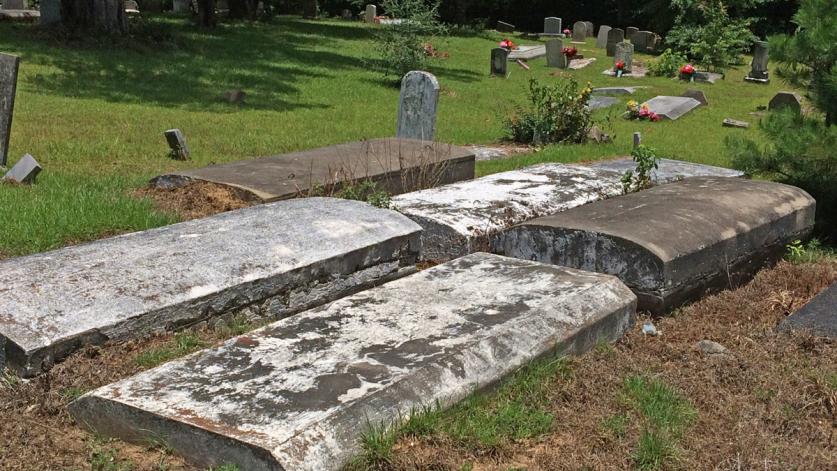 What are the threats to these ethnographic communities today?

There is the threat of development, especially sprawl in suburban areas that were once rural, with little regard for the people who may still live in these landscapes. The freedom communities in these areas have such small footprints. They are assumed to be placeless; developers believe the area does not have any sense of place as it is not observable or identifiable in how we classically think about a place existing. There are no grocery stores, city halls, or banks; or, the original settlement is buried below these modern institutions. There’s a lack of visibility on maps, in public records. Less than one percent of settlements are incorporated towns, and many do not show up on Google Maps. Meanwhile, in urban areas, gentrification leads to the building of condominiums and extensive multi-block housing developments in communities like Houston's Fourth Ward.

Regulatory historic preservation standards also invalidate many of these communities and their structures. Local historical groups are often predominately white and unaware of where these assets or their champions are. The infrastructure needed to conduct surveys to identify properties worthy of protection is severely lacking. All of the information about these places is hidden, stored in archives across the state, or in the memory of people over 75. 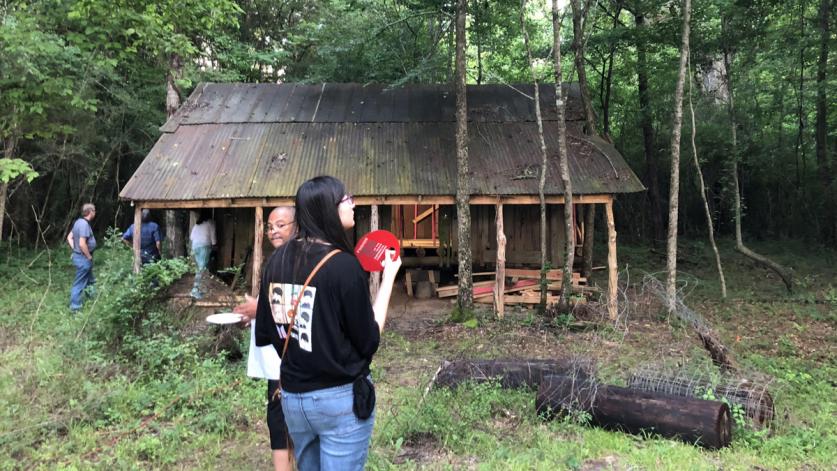 Why is it important to make these cultural landscapes visible, instill value, and engage residents and potential visitors?

The descendant communities are the reason these places are important. Making these places visible is about elevating the voices and the intelligent design of Black folks. Absent from everything we’ve been taught about the origins of the professions of urban planning or design is the African American role in placemaking history. These cultural landscapes also hold remaining structures: churches, schools, small businesses and, importantly, cemeteries, which are the archive of the community's origins. These communities need support for cultivating their own approach to promoting their local businesses, resources, and heritage to empower their descendants. 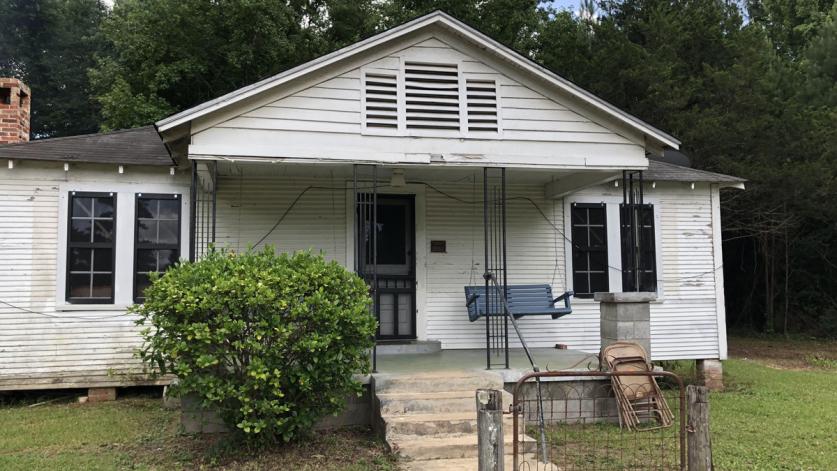 In an earlier conversation you described your work as “placemaking and placekeeping.” Can you define what that means?

Placekeeping is about creating a sustained system for maintaining shared public spaces in a community. In the context of freedom colonies, it means to continue the cultural ecology that sustains the community. My book contains case studies of the Black Ecology of placekeeping in freedom colonies, particularly Shankleville (founded in 1867). Shankleville’s foundational story, wrapped up in the physical landscape, is re-enacted at a spring where the community was founded, and descendants return to the landscape to participate in the annual homecoming celebrations. They gather to enjoy song and food and raise money for the next homecoming and to fund the maintenance and stewardship of the cemetery. So we have an ecology rooted in story and cultural performance that sustains return, commitment, and action. That is placekeeping.

Placemaking is about creating whole communities out of nothing. The individuals who built the United States built the Capitol, they harvested and planted. We shouldn’t be surprised that they would be able to make a place. It is ironic that the people who built so much in this country are not associated with the placemaking we learn about in design schools. 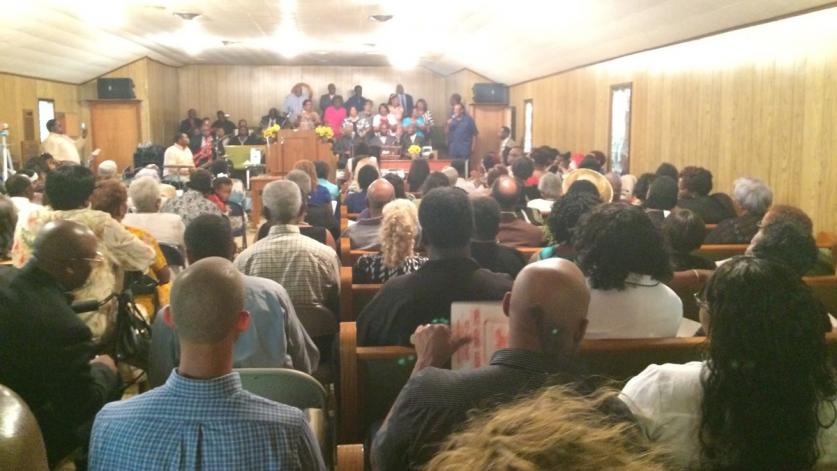 You have written about “Kinkeepers” in your work. Please describe what Kinkeepers do and who they are.

Kinkeepers are often, but not exclusively, women. They are lay genealogists, the ones who keep the family bible and recall kinship ties. They are the keepers of the stories of connection and the covenants between individuals, families, and communities. I met most of the Kinkeepers while conducting research in cemeteries. They could explain the relationships and friendships between people and actually trace that lineage. They retain most of this information in informal archives and memory. Bridging the work of Kinkeepers with younger African Americans is part of our work. Reinforcing African American values and cultivating youth attachment to Kinkeepers is vital to freedom colony survival. 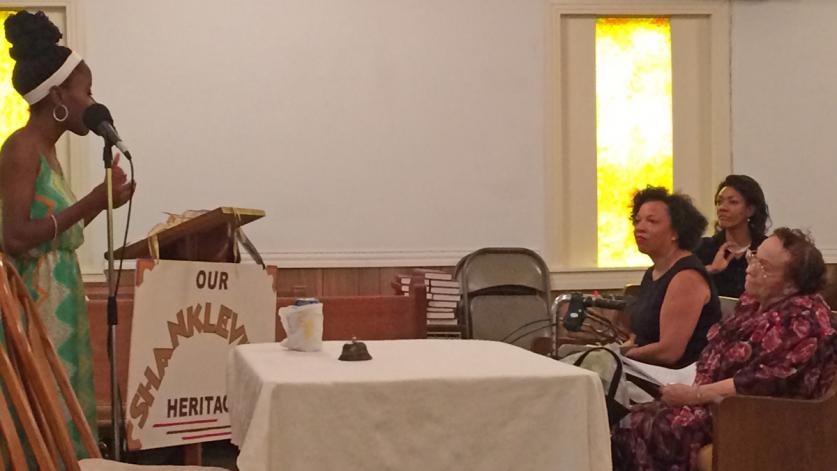 Your team has identified more than 600 colonies, of which more than 350 have been mapped. How do you measure success in this work? When will you consider your work done?

Locating settlements from our original list is the foundational goal and measure of our success. Our list of settlements was a combination of sites pulled from the book Freedom Colonies’ appendix, settlements I identified in 2014-16, and those identified using publicly available census and Texas State Historical Commission data in 2017-18. This comprises the baseline of 557 communities; of these, we mapped 357. Since 2018, students and members of the public have helped us verify several of the remaining 200, as well as identifying 50 additional colonies that were not on our original list. Due to COVID-19, we are now trying to capture all we can with volunteers, the research team, and the public virtually, before we return to the field to target our resources. After adding all of this data to the map, we foresee creating a list of counties or regions requiring the most on-the-ground, ethnographic investigation, based on how many unlocated or unverified settlements remain. We hope that by the summer, we can target our efforts by county in partnership with local descendants and heritage groups. We’ll do a series of short workshops to train them to conduct research locally, learn to work with oral histories, and safely process archival materials.

Success is to perform research that increases the chances these communities will survive and thrive. Our research is applied, meaning we are trying to help policymakers and practitioners visualize the nature of threats to freedom colonies. We catalog emerging best practices to determine which can be replicated with more public funding. We’ve also partnered with law schools to develop educational material available to non-resident owners often targeted by predatory land developers and brokers. Success is preemptive rather than reactive protection. We want planners, designers, and public officials to think systematically about freedom colonies. These are not anomalies. Freedom colonies are everywhere.

As an educator and a full-time professor, I also count my students as a success. Creating space for new scholars of color and individuals to conduct social justice-focused urban planning and preservation research is progress. We must produce more BIPOC planning, design, and preservation scholars and practitioners! 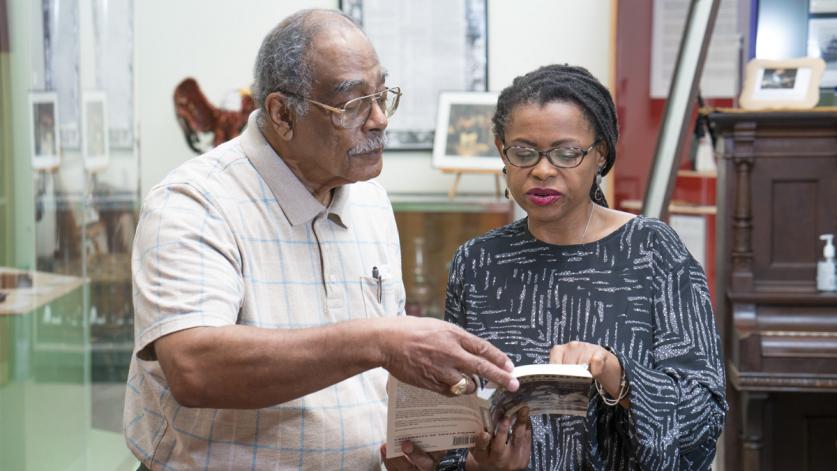 How can others get involved in your efforts?

There are a few ways to get involved. Donations are vital to funding our upcoming field research, student internships, and revamping the website. Our goal is for our project’s new website to be a medium for grassroots and outsider preservationists to access resources, support one another, and to join a growing community of practice dedicated to preserving freedom colonies. We also need professionals willing to provide pro bono rehabilitation and legal support to communities.

We are always seeking those willing to assist with our virtual Adopt a County initiative. If you are a descendant or know a descendant, we want to hear from you. You needn’t be a full-time resident or even live in the state of Texas. We want the honor of holding your memories and stories and co-creating new knowledge. Share them directly to the Atlas or email us. Take a look at our YouTube page, or download our guidebook and begin to recognize freedom colonies in the landscape. Be a guest on our Coffee Talk program, a Facebook Live program featuring descendants of Freedom colonies, advocates, and practitioners, to make sure people see these communities as living landscapes.

Most of all, we want to grow our community of descendants that partner with us on research grants and advocacy. Descendants are the bridge between the community and us. They should be valued for their contributions to planning practice and history.