It Takes One: Jennifer Ott

It Takes One: Jennifer Ott 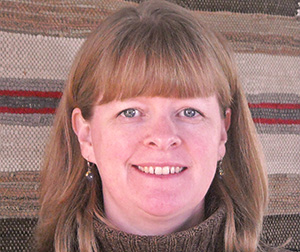 Jennifer Ott is an environmental historian and the assistant director at HistoryLink. In addition to writing Olmsted in Seattle: Creating a Park System for a Modern City (2019), she is the co-author, with David Williams, of Waterway: The Story of Seattle's Locks and Ship Canal (2017) and the general editor and co-author of Seattle at 150: Stories of the City through 150 Objects from the Seattle Municipal Archives (2018). Jennifer has also contributed articles on Washington state history to HistoryLink.org, Seattle magazine, and the Oregon Historical Quarterly. She is a former board member and past president of Friends of Seattle’s Olmsted Parks, and she is a current member of the Volunteer Park Trust’s Steering Committee. She has a master’s degree in environmental and western American history from the University of Montana.

In the vast oeuvre of the Olmsted Brothers, how important is the work in Seattle? Where did it draw inspiration from, and did it set precedents for projects elsewhere?

It is very significant for several of reasons. First, the Seattle projects drew John Charles Olmsted out to the West Coast a number of times, leading to his work on several Pacific Northwest landscapes. At a time when many of communities and institutions in the region were just coming into being, they were shaped by the Olmsted vision.

The Olmsted Bothers’ three reports for Seattle—the original 1903 plan, the supplemental 1908 plan, and the 1910 playgrounds report—incorporated nearly all of the elements of a comprehensive Olmsted park system. They include the small triangles and squares in the dense urban core, neighborhood parks within a half-mile of nearly every residence, the larger playfields to serve older children with sports facilities, and the large parks connected by parkways that threaded their way around the city. In the system, we see the realization of the attenuated parks that Frederick Law Olmsted, Sr., first called for in Brooklyn and the amplification of the park system concept developed for Buffalo, New York.

In contrast to much of the work done elsewhere in the country, the Olmsted Brothers made liberal use of “borrowed landscapes” in Seattle, drawing the surrounding landscape into the park and parkway designs. Where other cities’ parks often look inward, with views across their interiors, Seattle’s parks and parkways draw the visitor’s eyes to the distance, to the Olympic and Cascade Mountains and across the city’s lakes and Puget Sound. 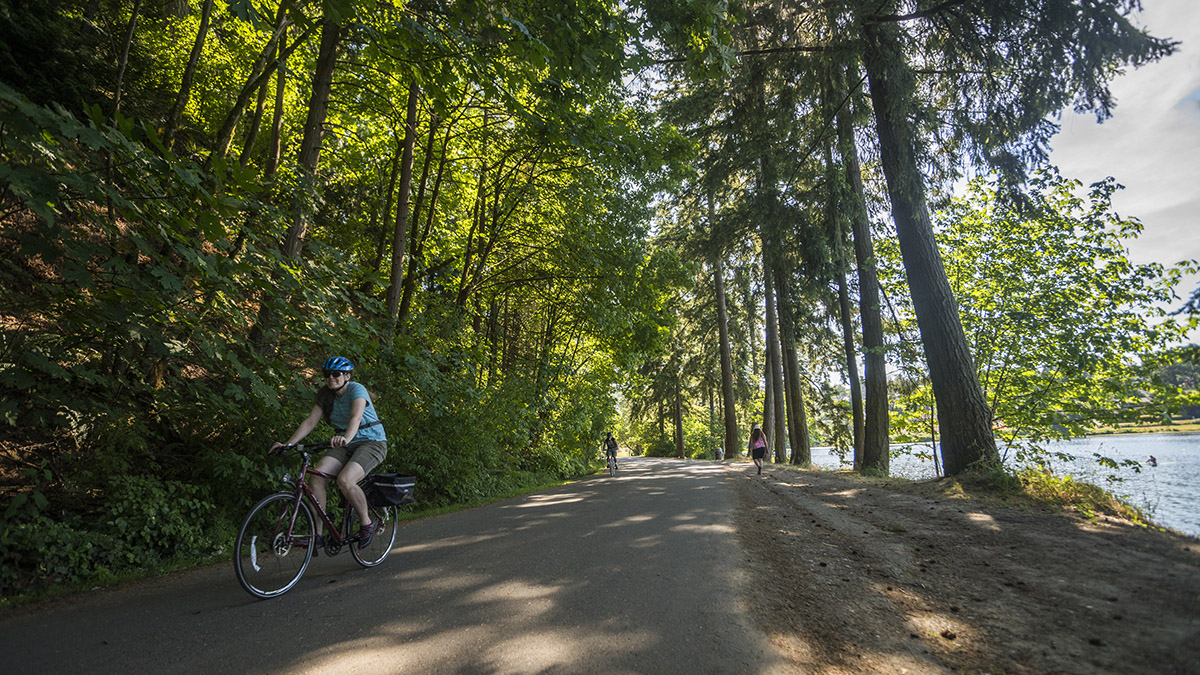 You write about the importance of “genius of place” (genius loci) in connection with John Charles Olmsted’s Seattle projects. Can you describe this concept and how he applied it?

When John Charles Olmsted came to Seattle, he was immediately taken with the landscape. He understood that those things that were specific to Seattle were the features that the park system should incorporate and enhance. As a result, Seattle’s Olmsted landscapes feature a range of iconic elements. Rainier Vista on the University of Washington campus, which Olmsted designed for the Alaska-Yukon-Pacific Exposition in 1909, features a view of Mount Rainier (60 miles away) framed by evergreen trees in the foreground, with forested foothills and Lake Washington in the middle distance. Lake Washington Boulevard’s curves along the lakeshore, focusing the eye on the Cascade Mountains, Mount Rainier, and the lake itself. Schmitz Preserve Park and Seward Park provide a glimpse into Seattle’s pre-urban landscape of towering trees and thick undergrowth. Magnolia Boulevard skirts the edge of a shoreline bluff and provides panoramic views across Puget Sound to several islands and the distant Olympic Mountains. Volunteer and Jefferson Parks, and smaller neighborhood parks, incorporate views of the city and the surrounding landscape from their perches on Seattle’s numerous hills. Without Olmsted’s foresight, many of these landscape features would either have been demolished by development or transferred to private ownership.

Besides John Charles Olmsted, how did others at the Olmsted Brothers firm (Frederick Dawson, for example) make their mark on the park system?

I was surprised when I was comparing newspaper coverage of John Charles Olmsted and Dawson, who was the other primary representative of Olmsted Brothers in the city. Olmsted’s activities were well-covered, particularly in 1903 when he was planning the park system, but his natural reticence seems to have distanced him from the reporters. Dawson, on the other hand, received much more praise, and the press coverage feels more congenial. One newspaper article attributed the grounds of the Alaska-Yukon-Pacific Exposition to Dawson without even mentioning Olmsted.

Correspondence also shows that Dawson worked very closely with Park Superintendent John Thompson in implementing the Olmsted Brothers landscape plans. He guided Thompson’s work and helped him manage the other city departments involved in park development. Through his work with private clients, Dawson had also developed a number of longtime friendships with Seattle residents. As a result, the park board considered inviting the firm back to do a third comprehensive plan and, when Depression-era relief funding became available to build an arboretum in Washington Park, the Seattle Garden Club funded Dawson’s work to develop a plan, which was completed in 1936. 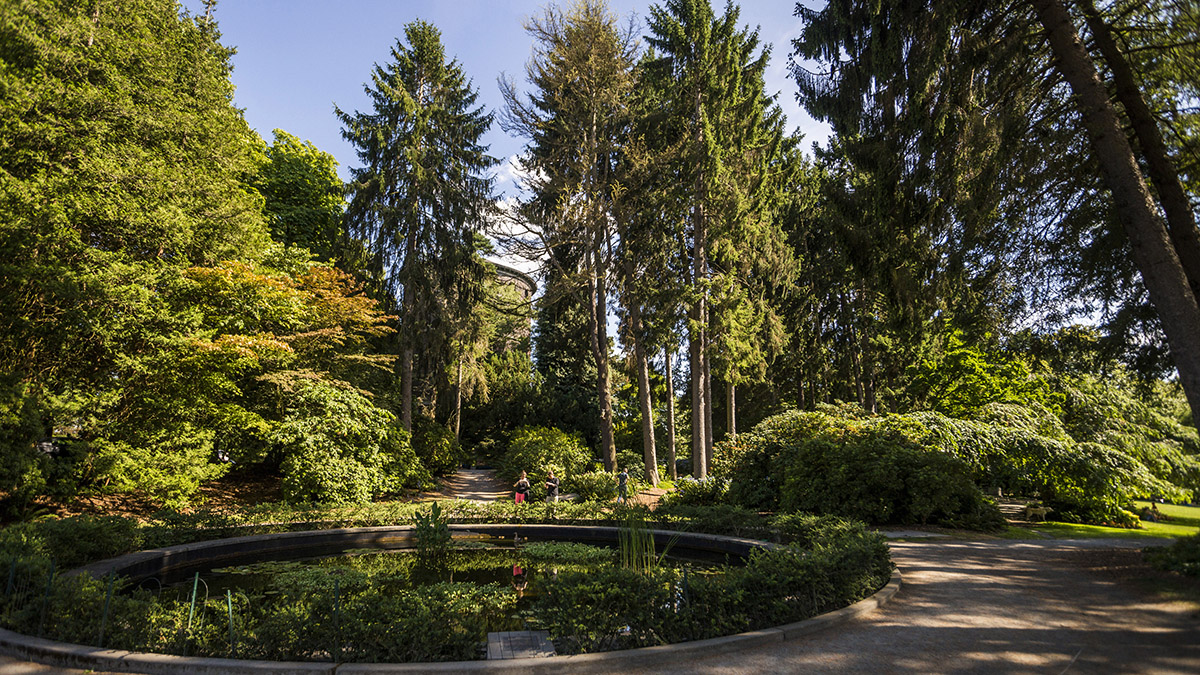 How does the Seattle Park System influence how people live in the city today?

Seattle is a city of neighborhoods – each with a very distinct character – and the park system has played a large part in developing those identities. Likewise, the park system provides access to a huge range of activities that are readily available throughout the city. This includes the community centers, which got their start as fieldhouses at the playfields. The parks and parkways are the places people go to exercise, relax, play, enjoy performances, learn, gather together (and sometimes protest), and restore their connection with the non-human world. The Board of Park Commissioners and the Olmsted Brothers gave the city a remarkable gift when they developed the framework for the city’s park system.

You describe how Aurora Avenue fragmented Woodland Park into two disparate parts. Are there any current proposals that would have a similarly disruptive effect?

As Seattle experiences another wave of rapid growth, public awareness of the value of open space has grown, so there is less chance that a major infrastructure project will be proposed for parkland. Instead, there is a real danger in the mindset that open space is simply empty space that could be filled with facilities. Recently, the City of Seattle conducted a study into converting some or all of the municipal golf courses into affordable housing developments. The incredible increases in housing costs are driving planners to look at all available options. While it is unlikely that the parkland will be converted into housing, it takes constant vigilance to ensure that the city’s leaders value open space for community health and well-being, not as a safety valve for development pressure.

What challenges will Seattle’s Olmsted parks face in the coming decade, and how can those challenges be addressed?

In 2018, Seattle Parks and Recreation formed the Olmsted Legacy Task Force to identify the steps the department needs to take to preserve Seattle’s Olmsted parks and parkways and to sustain them for future generations. The task force identified a number of challenges, including a lack of awareness among the public and some parks department staff, inconsistency and underrepresentation in park planning efforts, insufficient maintenance and historic landscape restoration funding, the challenges inherent in preserving cultural landscapes, changing climate, adapting to contemporary uses, and the pressures created by a growing population.

To meet those challenges, the task force recommended that the department create a historic parks position to provide guidance in cultural landscape restoration and preservation, develop educational resources and programming for Seattle Parks and Recreation staff and for Seattle residents, increase interdepartmental and community partnerships, assess current conditions in Olmsted parks and parkways and develop rehabilitation, succession, and maintenance plans, expand the park system, and, to support all these efforts, increase park system funding. 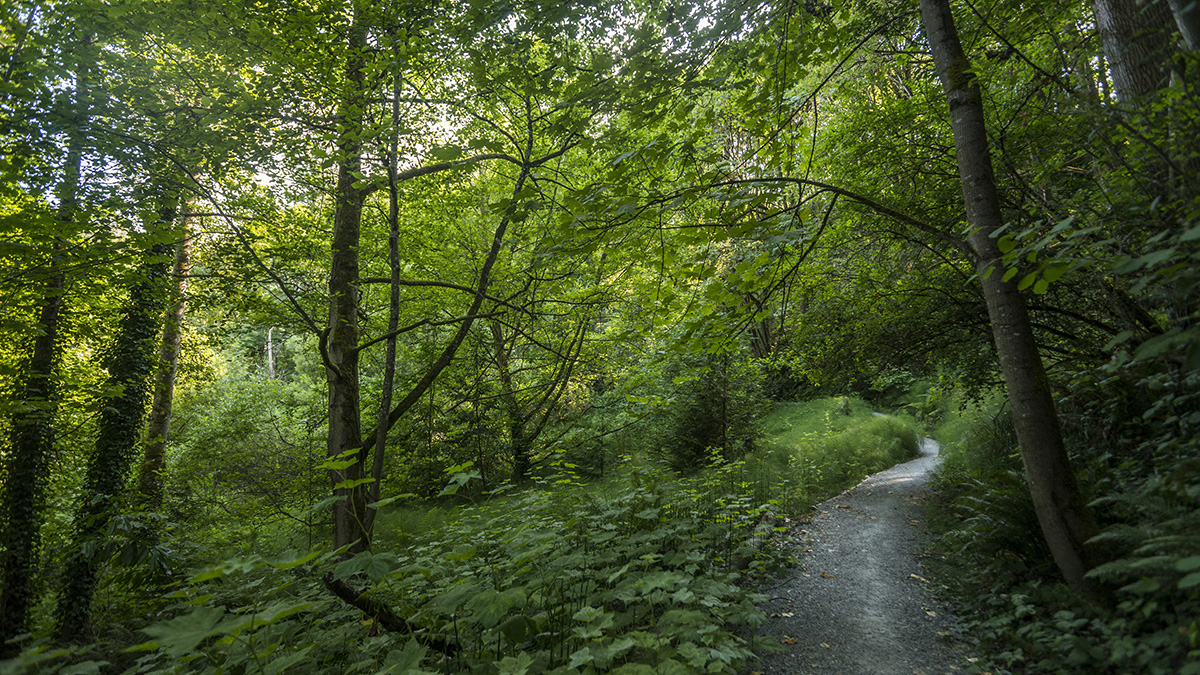 How do you think John Charles Olmsted would react to Seattle today? What would he say about the park system and what might he recommend?

I think John Charles Olmsted would be very satisfied about the “life” of the park system. More than 80 parks, parkways, and playfields from his plans have been developed. Only three have been destroyed or moved. A number of parks and greenbelts developed since World War II are in locations he recommended. More important than just the numbers, however, is the extent to which the parks have shaped the city’s development, preserved access to shorelines and vistas, and improved livability in its neighborhoods. I do believe, however, that he would recommend investing more in the people who tend the city’s parkland. While it is expensive to hire more gardeners and maintenance staff, their work helps maintain the view corridors, the vegetation, and the facilities that make the parks more than just open space.

What suggestions would you give to other municipalities with Olmsted legacy projects?

The most important thing municipalities can do is to increase awareness. I give a lot of talks and lead many walking tours, and my favorite part is seeing the look of recognition people get when they understand why they love the places they love–why the landscape was shaped in a particular way, why it functions so well, and how it evolved over time. The best-designed spaces often seem the least-shaped by human hands, so it is especially important to help people understand the vision the Olmsted Brothers had and how they realized it. 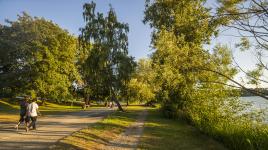 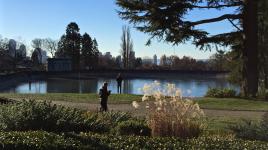