It Takes One: Kim Prothro Williams

It Takes One: Kim Prothro Williams 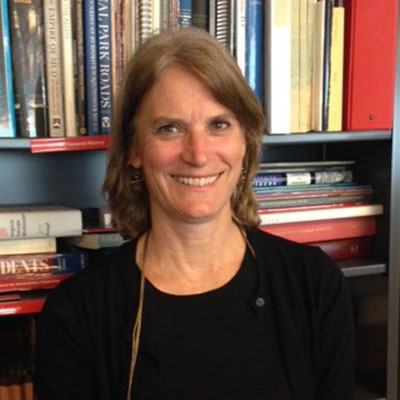 I am an architectural historian with a particular interest in researching local history, neighborhoods, and urban planning developments in and around Washington, D.C. For the past ten years, I have been working in the D.C. Historic Preservation Office, where I am engaged in the research and historical designation of buildings, neighborhoods, and institutional districts. I generally find beauty in all vernacular buildings, but especially those whose original purpose is no longer relevant and whose structures survive to tell stories of the past. I am also intrigued by the transformation of place, which is evident in two of my earlier books—Chevy Chase, A Home Suburb for the Nation’s Capital and Pride of Place: Rural Residences of Fauquier County, Virginia. My latest book, Lost Farms and Estates of Washington, D.C., is the result of several years of identifying and researching buildings associated with the city’s agrarian past and placing them in their larger historical context.

How do you define a cultural landscape?

A cultural landscape for me is a natural landscape that has been modified by human settlement. The physical manifestation of that settlement is apparent through buildings or structures associated with the habitation and cultivation of the landscape, whether by design or circumstance.

What inspired you to write your latest book, Lost Farms and Estates of Washington, D.C.?

I have always been interested in layers of history and in understanding those various layers through surviving (above-ground) buildings or remnants of buildings in their historic context. But, specifically, it was the discovery of a mid-nineteenth-century springhouse nestled into the hill above a still-flowing stream at the base of a school building constructed 75 years after it, that really inspired me. I wanted to learn more about that particular springhouse with its rubble stone foundation and brick walls covered with an all-embracing hipped roof, all in good repair. But mostly I wanted to learn more about the people who built it, and about the lives of those people who relied upon it for their livelihoods. As I learned more about the springhouse and the farmstead that it was part of, I wanted to find out how the farmstead fit into the physical and social narrative of a rural Washington before it was fully urbanized. 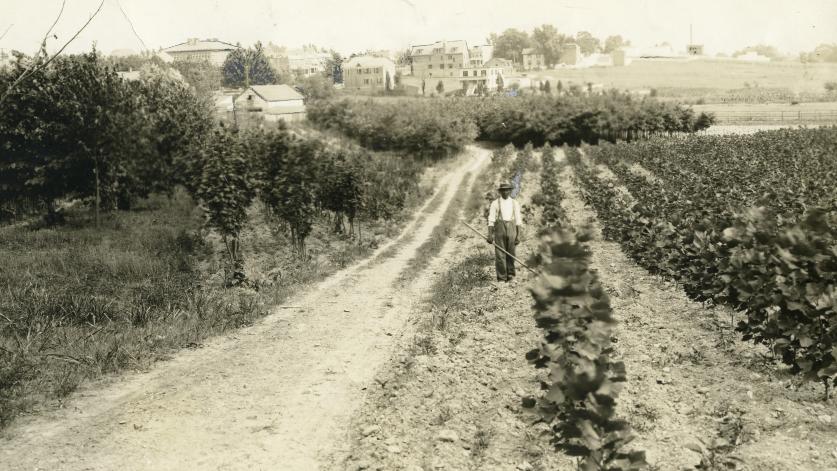 What do you think will most surprise readers about the rural past of the nation’s capital?

I think most readers understand that the land that would become the nation’s capital was rural before it was urban, and that farmsteads and farming operations were still a common feature of the District’s landscapes well into the twentieth century. What I think they’ll be surprised to learn, however, is how many farmhouses and farm-related buildings are hidden in plain sight. Peirce Mill is one visible and well-known example of a survivor, but dozens of other buildings associated with rural Washington are less obvious and/or not readily visible, but still out there. 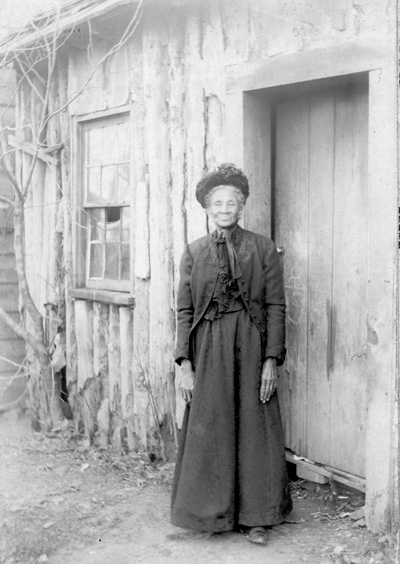 Elizabeth Proctor Thomas, known as Aunt Betty, fought for decades to be compensated for the government's requisitioning of her family's house and land for the construction of Fort Stevens. - Photo courtesy Historical Society of Washington, D.C.

Although the objects of your study were farmsteads, plantations, and rural cultural landscapes, those places were bound up with the lives of people in the midst of slavery, war, and other social conditions. Did you have to grapple with the question of whose history you were writing, and, if so, how did you answer that question?

Good question! It was a challenge given the constraints of the format and goal of the book. The book was intended to be an architectural, rather than a social history, of rural Washington, yet it was impossible not to address major social issues such as slavery, free Black farms, and farming communities. I tried to acknowledge these issues and address them broadly but did not attempt a deep-dive, as that would stray from the goal of the book and my expertise. I do think that free Black farms and communities in the District could be the subject of a book in its own right and would be a fascinating topic to research. As I noted in the book, in 1820, 168 free Blacks lived in rural Washington compared to 1,047 enslaved persons. Many of these free persons of color were farming small tracts of land in the immediate shadows of plantations where enslaved persons were laboring and living. Many of these farmers banded together in farming communities, such as Vinegar Hill in today’s Brightwood, that endured after the Civil War.

How has writing the book influenced the way you see and experience the contemporary city of Washington?

I have always loved and appreciated individual vernacular buildings as obsolete building types and structures and for the beauty of their traditional building forms and construction techniques. But now I can envision these buildings within the context of their historic farmsteads and landscapes (i.e. the historic cultural landscape) as I never quite could before. Also, I see buildings where they no longer exist, but where I know they once stood. For instance, original proprietor Notley Young had his plantation on the site of today’s Banneker Overlook in Southwest that is currently undergoing site improvements. Every time I pass it from Maine Avenue, I can’t help but envision the Georgian mansion atop the hill and Young’s garden on the sloping site down to the water, along with the less savory image of fenced-in quarters for his enslaved. 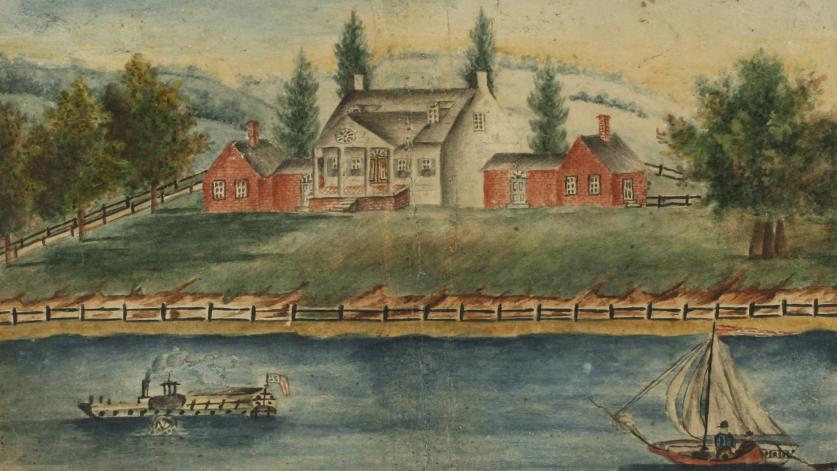 Historic preservation is clearly one of your passions. Was it also a goal of the book, and, if so, how did it influence the writing and presentation of your findings?

The book emanated from a historic preservation study, and despite “Lost Farms and Estates” in the title, the book relied upon many of the standing buildings identified as part of that preservation study to illustrate the history of rural Washington. The goal of the preservation study was to identify all still-extant buildings associated with rural Washington to better understand them and their historic context and to evaluate them for preservation purposes. The goal of the book, on the other hand, was to tell the history of rural Washington and its transformation over time through buildings, both demolished and extant ones. But, I deliberately used surviving buildings more often to tell that story to bring an overall consciousness to their existence and value to the city as “survivors,” many of which should be recognized as historic landmarks.

An historical survey of even a relatively small area around Washington, D.C., reveals a long list of historical sites. How do we decide what is worth saving and what is not?

It all depends on the historic context and how an individual site might be a good representation of that context or how it conveys in a palpable way a feeling or association with the past. It is always important to have an understanding of what other buildings or structures or sites exist for comparison sake. I undertook the architectural survey of rural-related buildings in D.C. for that reason—so that we know exactly what is out there in order to better evaluate the value of the individual buildings. 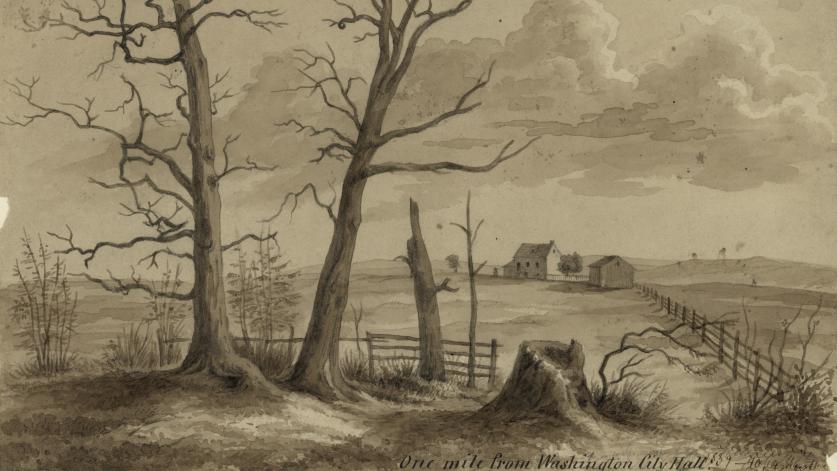 One thread that runs throughout your published work is the theme of change—change to buildings, landscapes, and communities. Loss is an inherent part of change (as in the title of your recent book), so do you believe that some part of your work is nostalgic?

Absolutely, but not in a nostalgic “change is bad” way. Just in a way that thinking about the past and appreciating the physical remnants of that past help us understand it better in all of its guises, good and bad.

What new project is on the horizon?

I have been studying the alleyways and alley buildings of Washington, D.C., for several years now, and I would very much like to write a book about that cultural landscape.  I think such a book will be more sensitive to the social history of the city’s alleyways as living quarters for the city’s poorest residents and the transformation of those alleyways through urban and social reform efforts. But, as is my habit, I will also focus on the alley buildings themselves, many of which are obsolete building types, and the value they provide as remnants of the past. Again, there will be a preservation angle, as many of these alley buildings are ripe for historic preservation and re-use, and the alleys themselves are prime targets for being re-imagined.