On March 1, 2019, the U.S. Court of Appeals for the District of Columbia revoked the permit issued by the U.S. Army Corps of Engineers (USACE) to Dominion Energy that allowed for the construction of a massive, 500-kV transmission line and seventeen power-transmission towers across the James River, within sight of historic Jamestown Island. The ruling found that USACE had not met its obligations under the National Environmental Protection Act, and the court further directed the agency to prepare an Environmental Impact Statement (EIS) on the proposed project. Known as the Surry-Skiffes Creek Connector (because the towers cross the James River between Surry County and Skiffes Creek, in James City County, Virginia), the project is close to completion, with the towers having been erected and recently energized. The James River is Virginia’s largest tributary to the Chesapeake Bay. A vitally important ecological resource, the river is also foundational to the Commonwealth’s history and cultural identity. 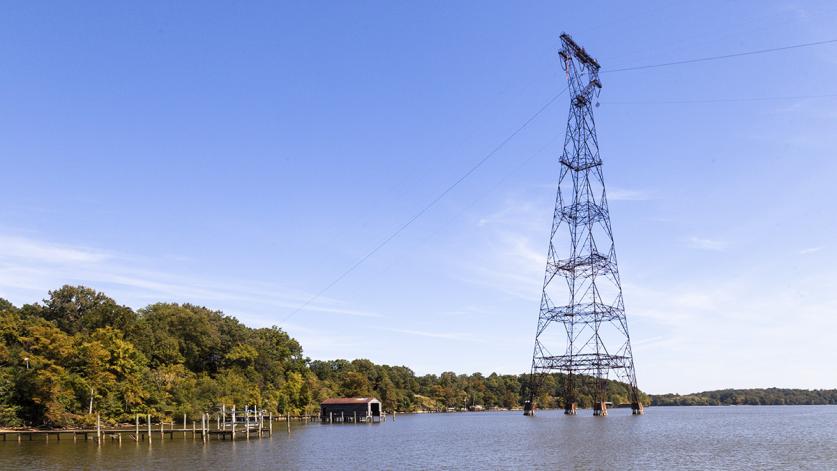 According to the National Parks Traveler, a non-profit media organization dedicated to covering national parks, the court’s opinion indicated that the project’s impacts remain unknown and controversial because there has not been a proper environmental assessment. An excerpt from the 26-page ruling by Circuit Judge David Tatel states the following:

The U.S. Army Corps of Engineers granted a permit allowing a utility company to build a series of electrical transmission towers across the historic James River, from whose waters Captain John Smith explored the New World, and it did so without preparing an EIS because it found that the project would have 'no significant impact' on the historic treasures along the river. As explained below, however, the Corps’s 'no significant impact' finding was arbitrary and capricious: important questions about both the Corps’s chosen methodology and the scope of the project’s impact remain unanswered and federal and state agencies with relevant expertise harbor serious misgivings about locating a project of this magnitude in a region of such singular importance to the nation’s history.

Opposition to the power project began when Dominion applied to the USACE for a permit to construct the Surry-Skiffes Creek project. A conditional permit was issued in 2017. The project application, which sought continued load growth and promised to remedy aging infrastructure in the face of increasingly stringent environmental regulations, sparked a backlash from environmental groups and federal agencies, such as the National Park Service (NPS) and the Advisory Council on Historic Preservation (ACHP). In the summer of 2017, the National Parks Conservation Association, the National Trust for Historic Preservation, and Preservation Virginia filed two complementary federal lawsuits against the USACE, challenging the permit and asking a federal court to order that an EIS be prepared to examine alternatives. TCLF filed an amicus brief in support of the appellants in the recent court action, arguing that the district court’s interpretation of Section 110(f) had been too narrow and that the relevant statutory language regarding “direct effects” refers to more than just a physical impact. 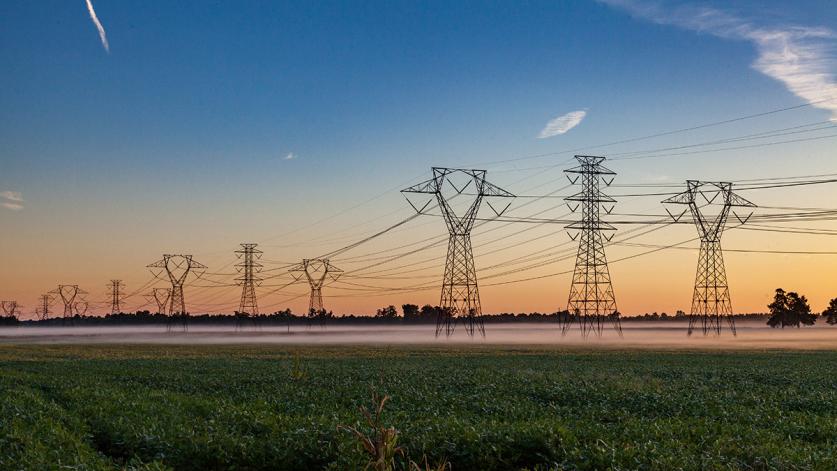 TCLF included the James River in its Landslide 2017: Open Season on Open Space when it was alerted to the conditional approval of the project. The high-voltage transmission line’s tallest structures reach 295 feet in height, nearly the height of the Statue of Liberty, creating a line of illuminated towers more than 7.4 miles long. Yet the USACE controversially concluded that the line would have no significant impact on nearby historic resources, including Jamestown Island, the Colonial National Historical Park, the Colonial Parkway, the Hog Island Wildlife Management Area, Carter’s Grove National Historic Landmark, and the Captain John Smith Chesapeake National Historic Trail.

Following thousands of years of human habitation along the river, the establishment of Jamestown, the first permanent colonial English settlement in 1607, marked a pivotal moment in the nation’s history. The landscape also includes historic sites and archaeological resources from native settlements and the Revolutionary and Civil Wars. Miles of scenic vistas have been carefully protected, including habitat for endangered wildlife, such as the American bald eagle. On the 400th anniversary of the first settlement, the U.S. House of Representatives recognized the James River as “America’s Founding River,” acknowledging its “extraordinary historic, economic, recreational, and environmental importance.”

The immediate repercussions of the ruling are unclear. Construction of the towers, costing $430 million, was completed in early 2019. Conservation groups have favored less-damaging solutions, such as burying the power lines under the riverbed. Moreover, the judge’s ruling can still be appealed, and even if it is upheld, questions remain about the environmental impact of removing the towers and funding for such a move. 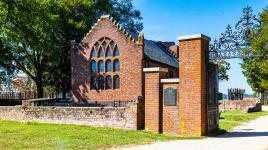 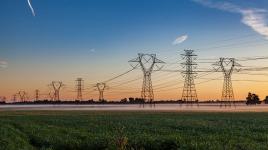 Payouts Made for Towers to Cross the James River
Feb 05, 2018
Landslide 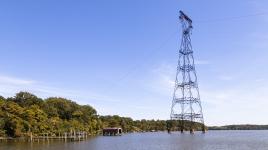