The Minneapolis Park Board took interest in this area in 1891, proposing to divert Minnehaha Creek into Lake Nokomis and dam the lake to create a reservoir for Minnehaha Falls, a plan not enacted. In 1910, when work to improve Lake Nokomis was underway, park superintendent Theodore Wirth advised the board to acquire the marshy parcel to the north holding Rice Lake, but the board failed to act. In 1922, the popularity of the recently opened golf course at Glenwood (now Wirth) Park finally convinced the board to purchase Rice Lake and adjacent land for a new 140-acre golf course and other amenities. In 1925, the lake and the park were renamed “Hiawatha” after a poem by Henry Wadsworth Longfellow.

In 1924, a skating rink was established on Lake Hiawatha. Marshland was dredged and the spoils were used to create rolling terrain west of the lake for the golf course starting in 1929. The architectural firm Stravs, Dorr, Bersbeck and Chapin designed the Tudor Revival clubhouse, built in 1932-1933, and the course opened the following year. The park was improved with construction of a playground, tennis courts, and beach in 1931-1932, and architect Harry Wild Jones designed the Spanish-Colonial style recreation center that opened in 1932. In 1939, a federal work project team erected stone-faced shore walls around most of the lakeshore to minimize erosion.

A second ball field was added northeast of Lake Hiawatha in 1968. Changes to the park in the twenty-first century include renovation of the recreation center, the addition of an accessible playground, replacement of a wading pool with a new wading pool and splash park, replacement of four tennis courts with five new courts, and installation of a new fishing dock and “Listening Vessel,” a large, parabolic granite sculpture. 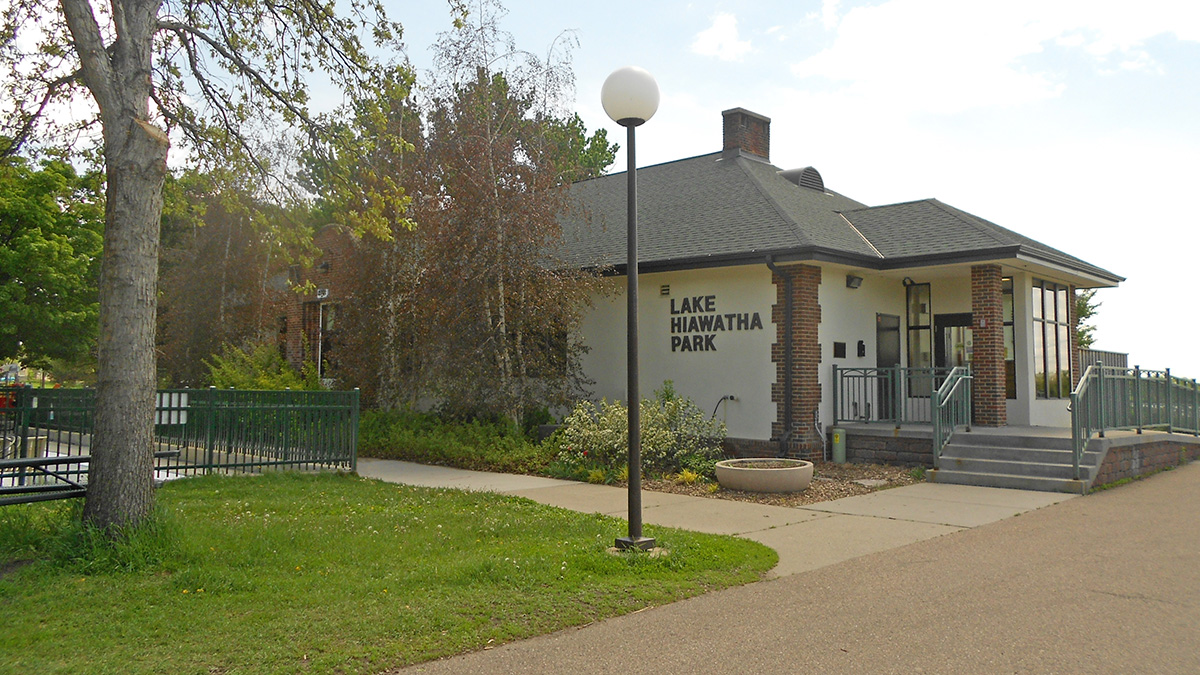 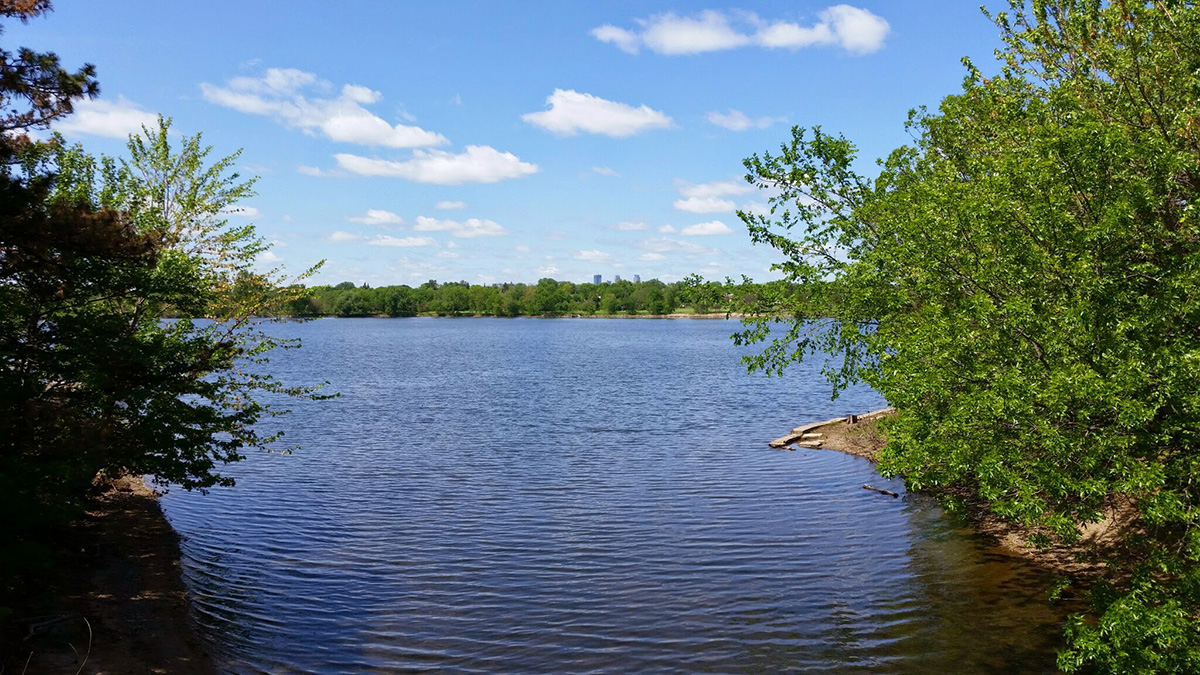 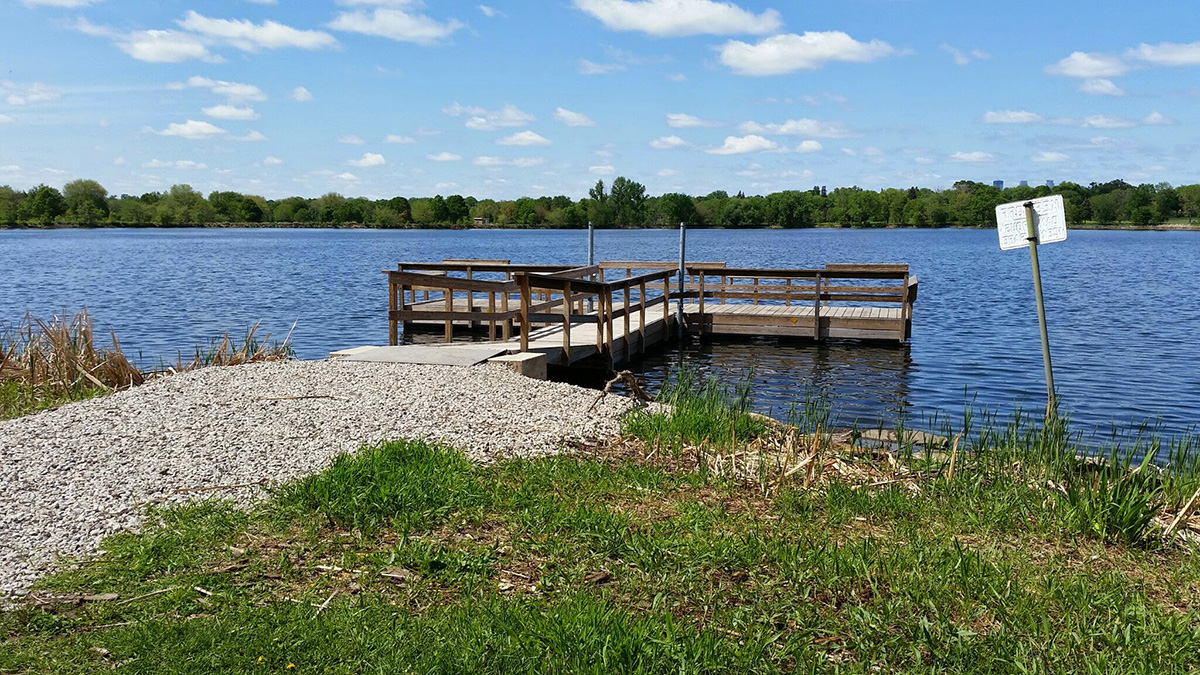 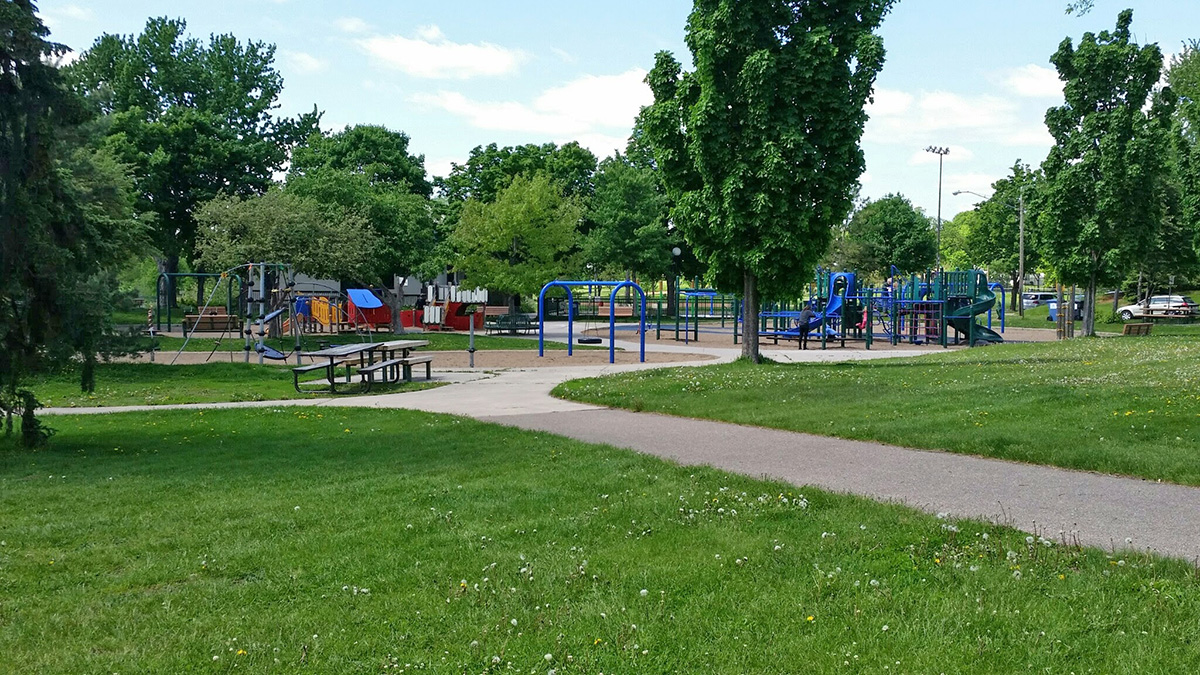 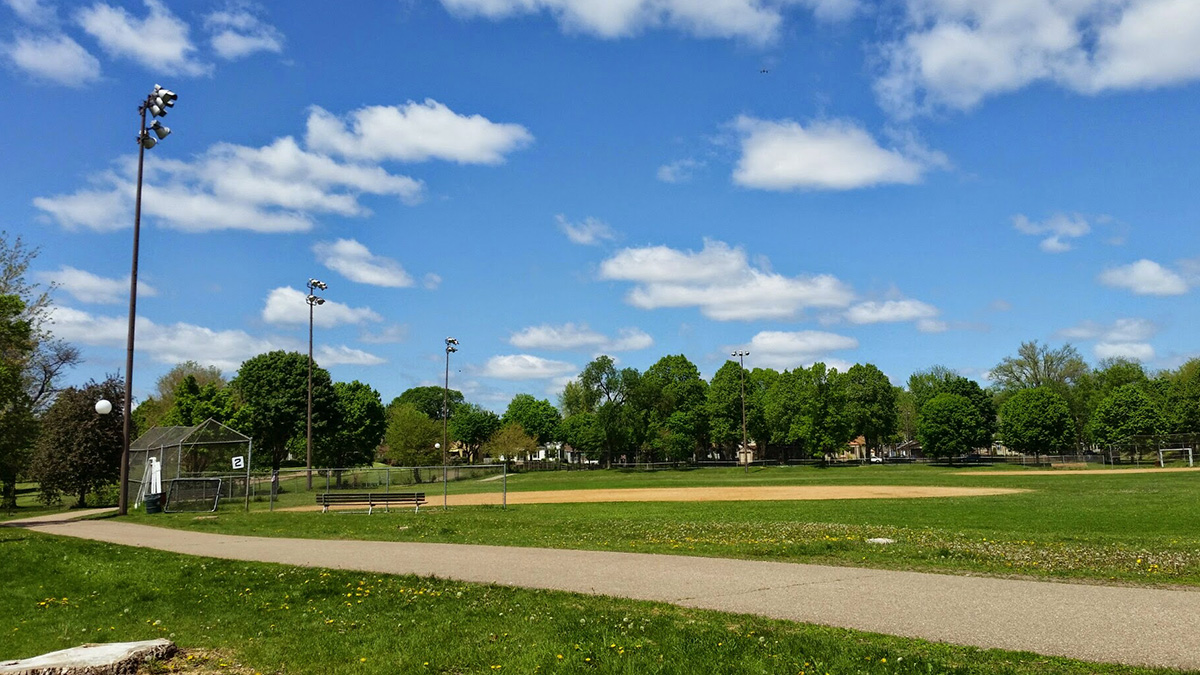 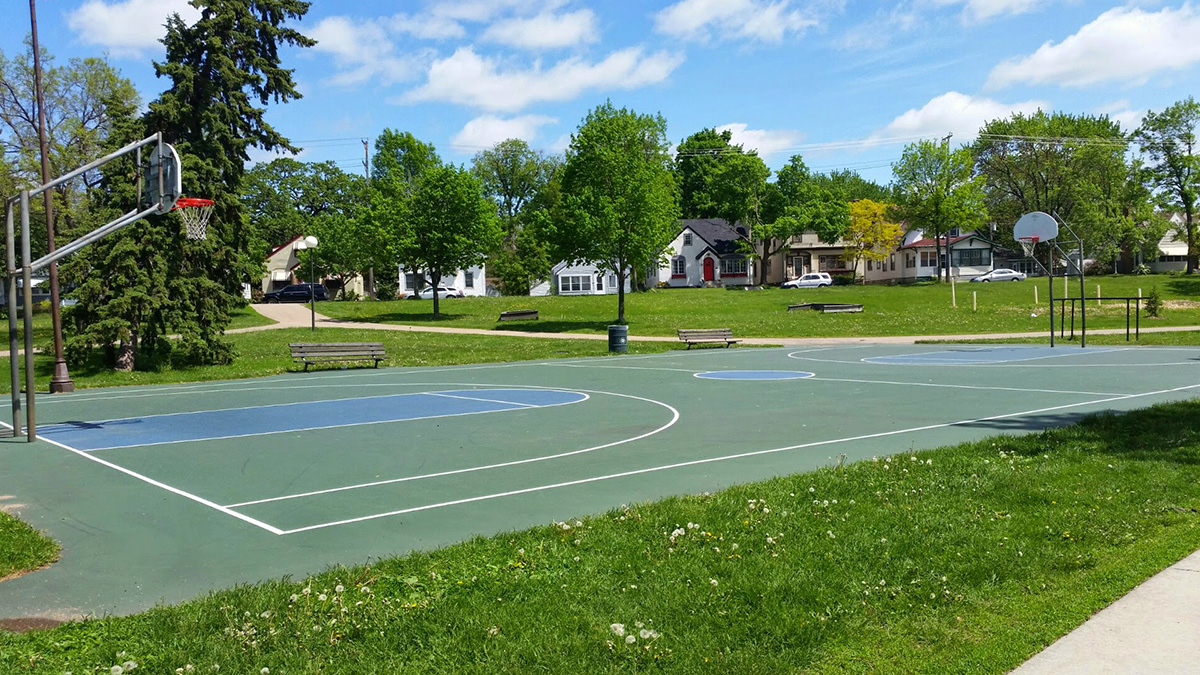 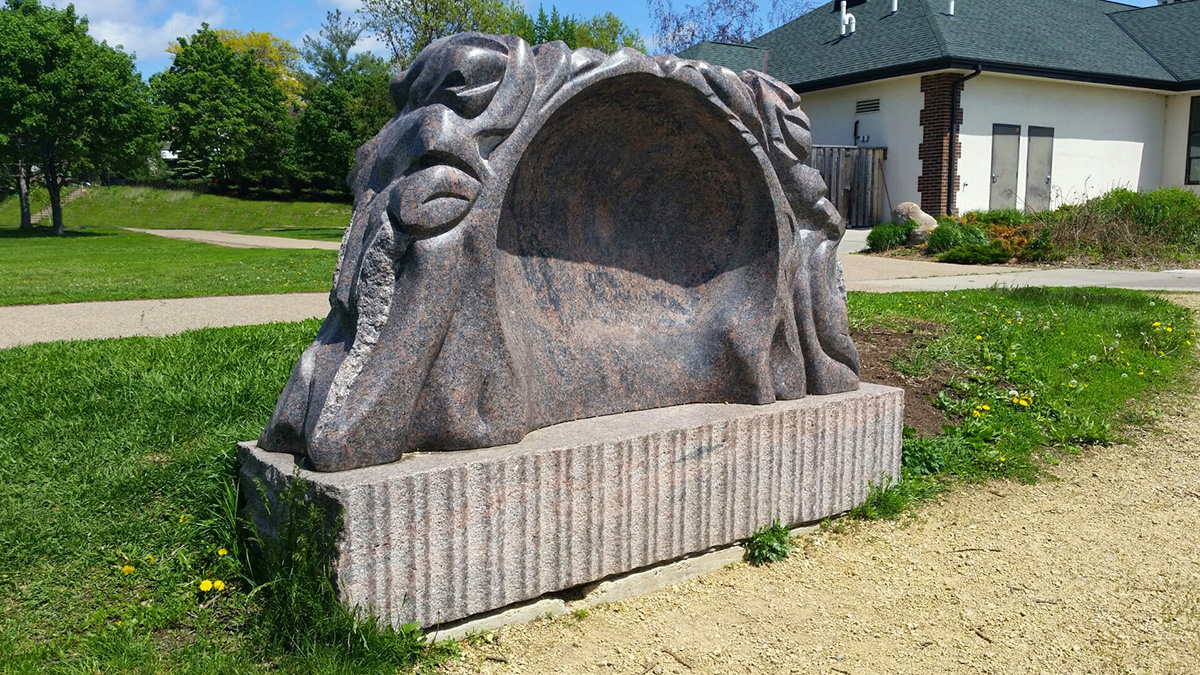 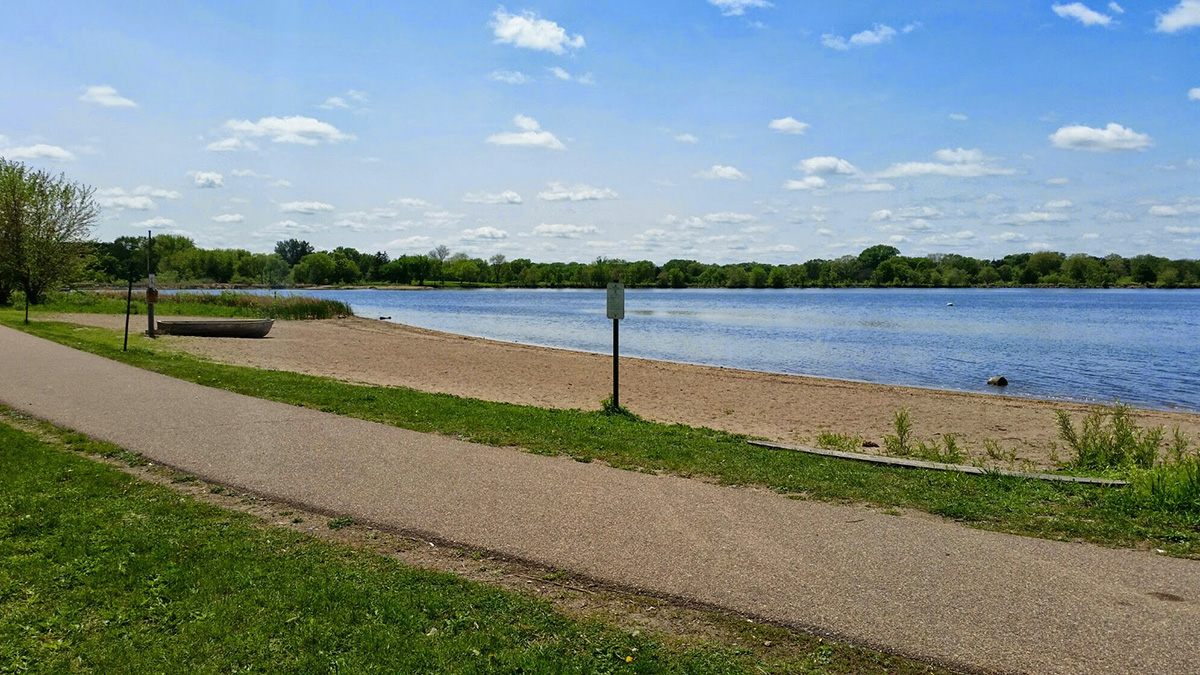