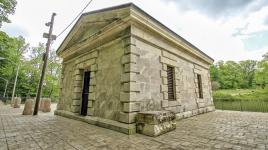 Comprising wetlands, meadows, mature hardwood forests, and the ecologically sensitive serpentine barrens of Bare Hill, this nearly 500-acre,irregularly-shaped park was first developed around an artificial reservoir designed by James Slade in 1858, envisioned as the main water source for Baltimore. Situated in the Jones Falls Valley, the land for the 100-acre lake was consolidated by the public purchase of the Baltimore Water Company’s holdings, the Bellona Gunpowder Mill, and the Eagle Factory. Located just beyond the northern limits of Baltimore, the city-owned park is bounded by Lakeside Drive to the south, Belladona Avenue to the east, Ruxton Road to the north, and Falls Road to the west, with residential neighborhoods to the southwest and northeast.By 1893 the site included a rock ashlar dam spanning the rocky gorge of Jones Falls, a marble-gabled, Greek Revival-style pump-house, a gatehouse, and the Lake Roland Elevated Railway. The grounds around the southern half of the lake were developed for passive recreation, with carriage drives, trails, bridges, and large canopy trees planted along the lakeshore. The northern portion of the park retained its steep, wooded profile, cut by numerous rocky streams. Plagued by extensive siltation, the lake no longer served as a reservoir after 1915. Following a bequest in 1944, the property was rechristened Robert. E. Lee Memorial Park, although the structures within continued to decline, with the original wrought-iron bridges eventually sold for scrap.

Designated the Lake Roland Historic District in 1992 in recognition of being the city’s first municipal water supply and an exemplary feat of public engineering, the park subsequently saw a revival. The landscape architecture firm of Human and Rohde, Inc., in collaboration with the engineering and planning firm Wallace Montgomery, oversaw the repaving of Lakeside Avenue, the restoration of eroded stretches of shoreline, the creation of a fenced dog park on the lake’s southern peninsula, a raised boardwalk crossing ecologically sensitive areas in the south, and the construction of a new bridge over the sluiceway into the park. Reopened in 2011, the park also includes two pavilions for scenic views and the 2,594 square foot Lake Roland Nature Center, built with renewable construction materials. Following the Charleston Church shooting of 2015, the park was renamed Lake Roland Park by the Baltimore City Council. 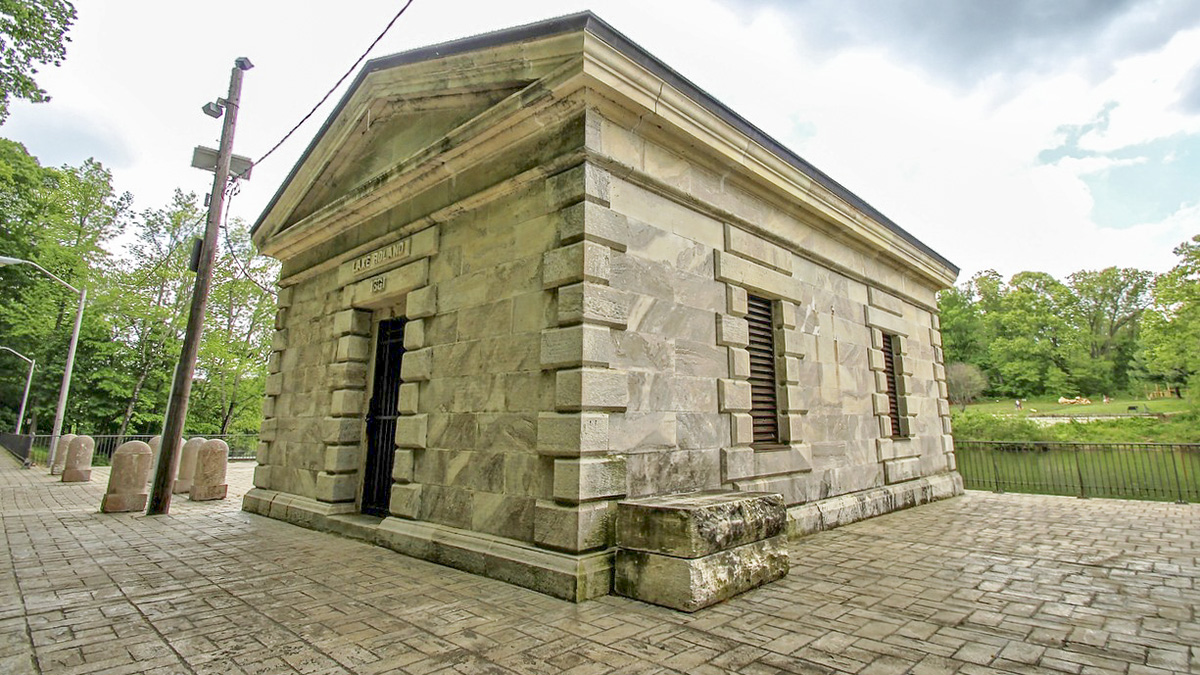 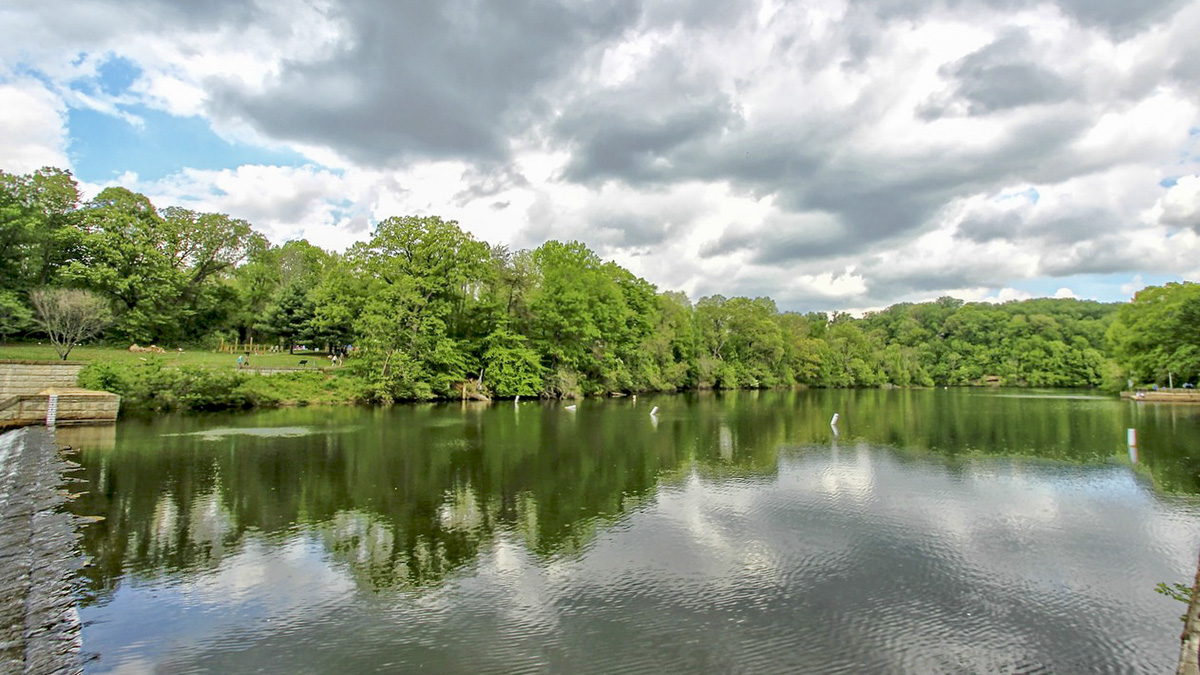 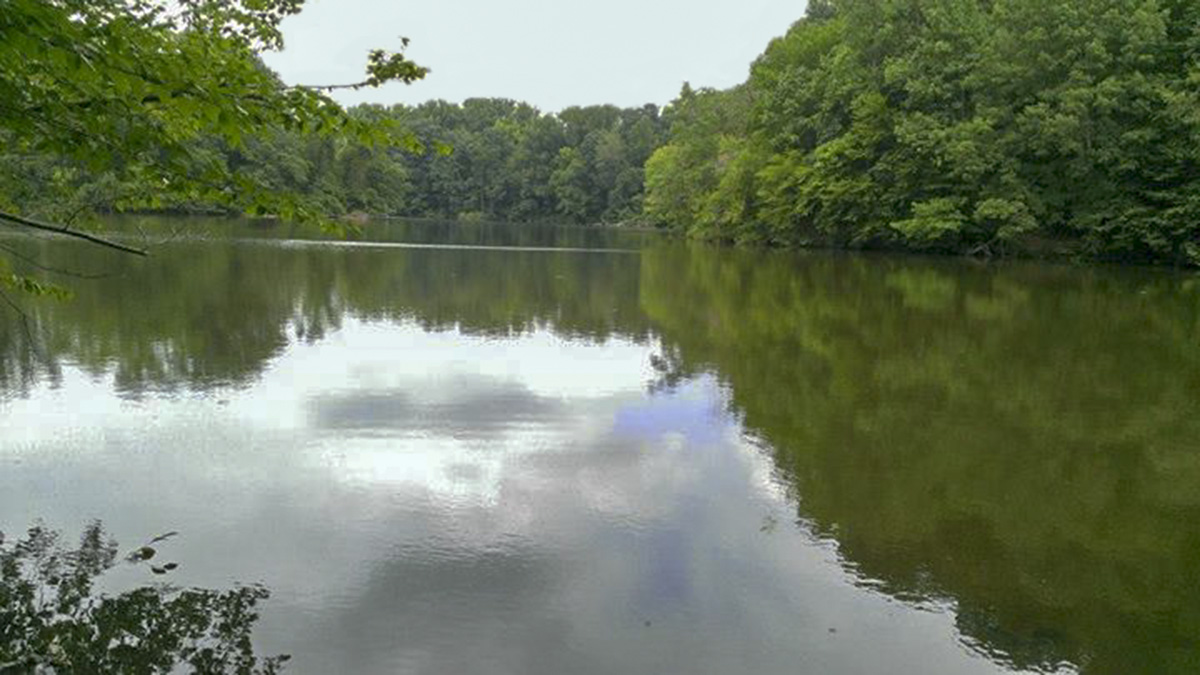 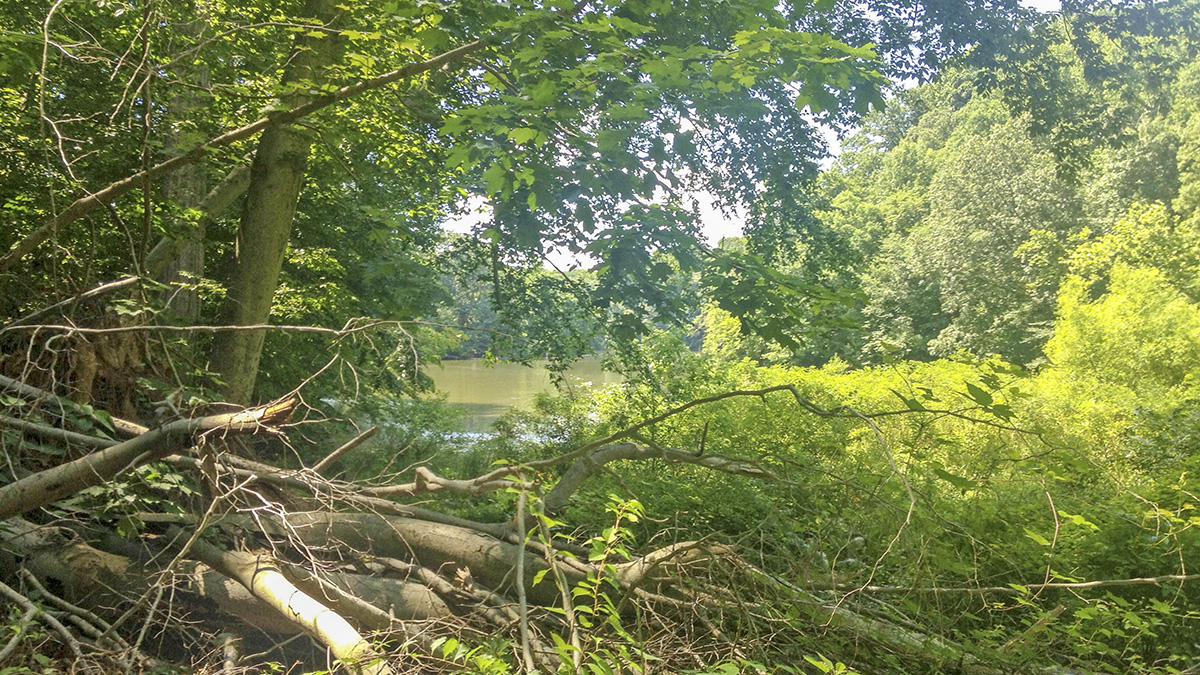 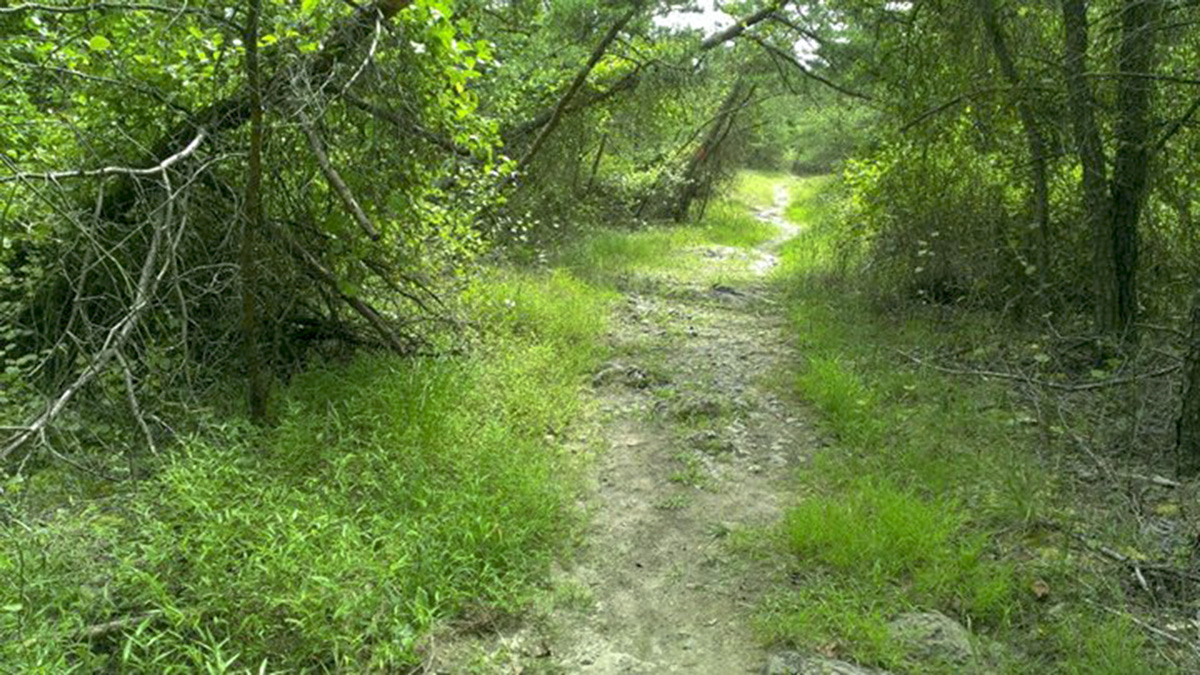 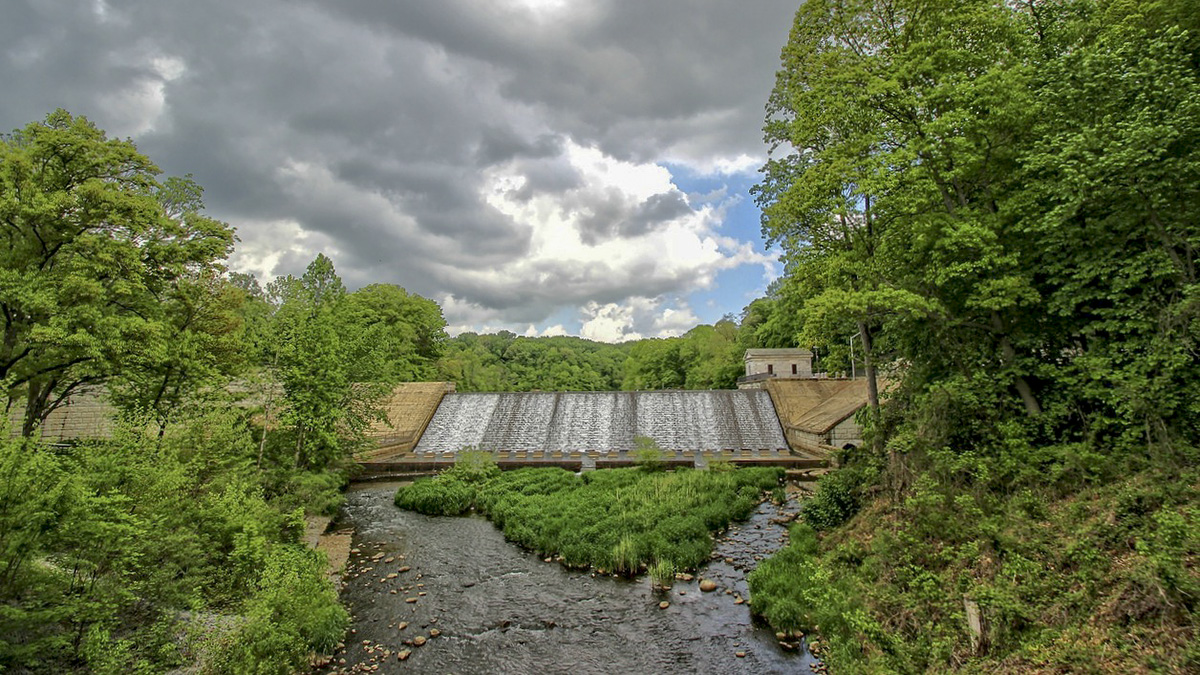 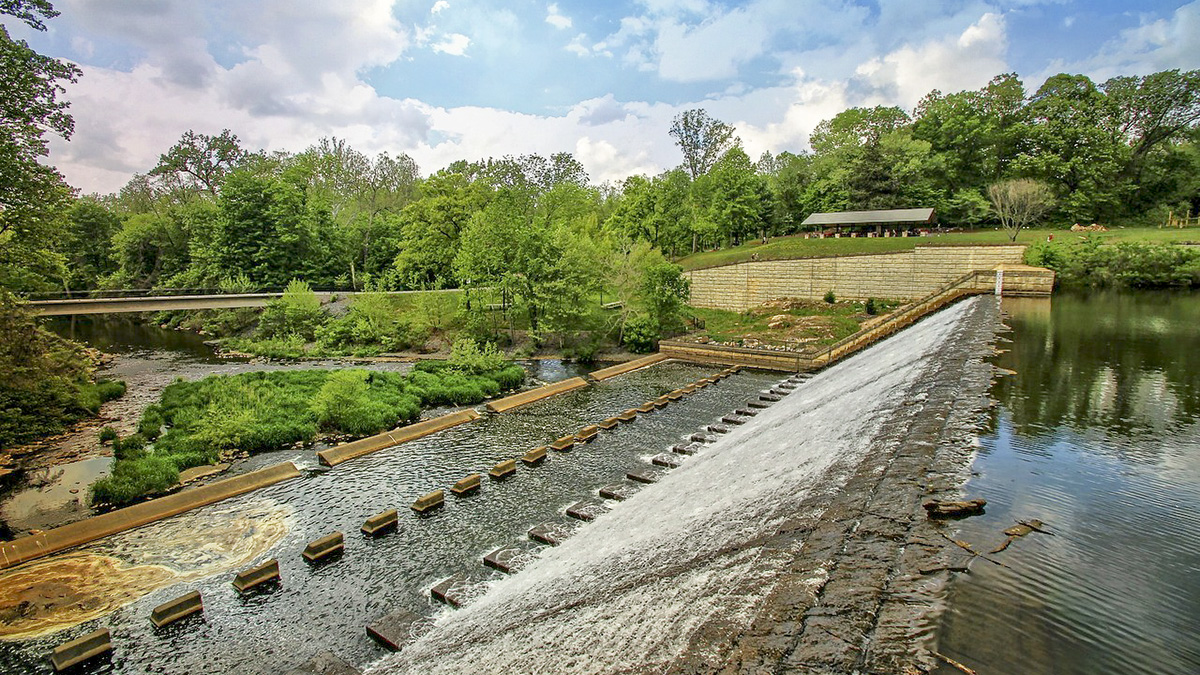 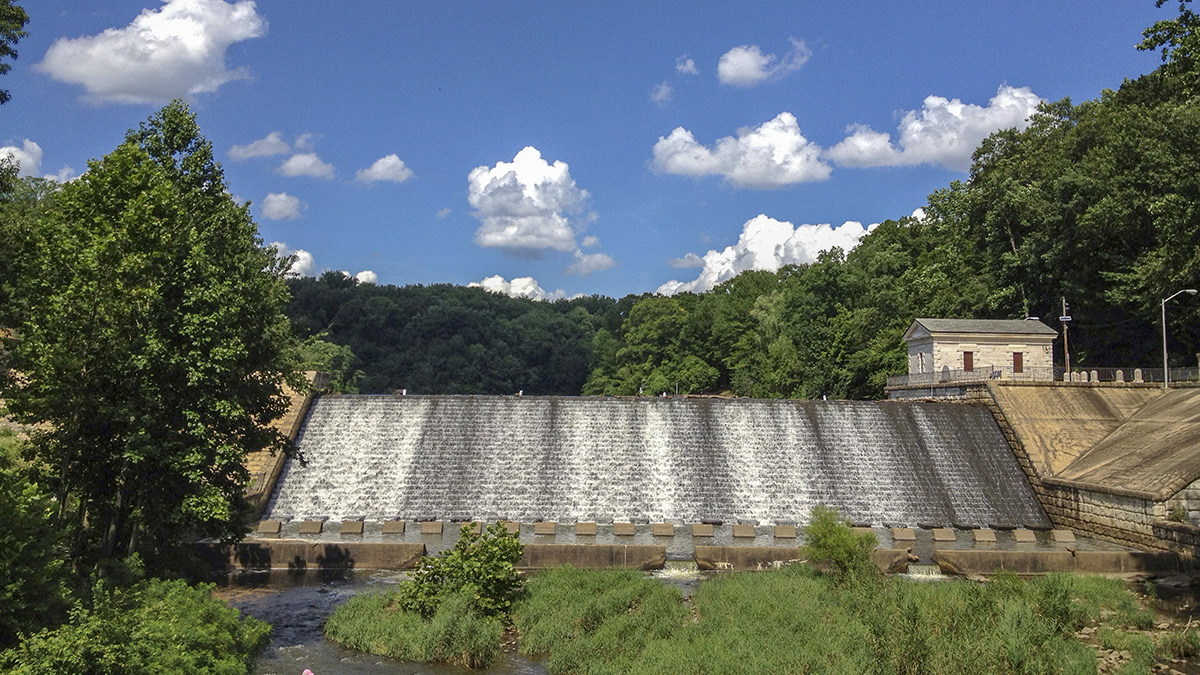 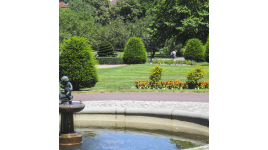