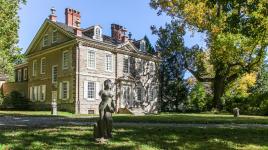 Located in Germantown, this house was constructed between 1763 and 1767 by Jacob Knorr for Benjamin Chew, a lawyer and judge whose family had resided in America for five generations. The property was the site of fighting during the Battle of Germantown in 1777. Situated on elevated ground, the Cliveden estate, Chew’s summer residence, was distinct from other houses in Germantown, as it was grander in scale and High Georgian in style. Chew worked with craftsmen to design the house and grounds using plans from pattern books brought to the colonies from Great Britain. When the house was completed, the property was a rectangular, fifteen-acre lot planted with productive and ornamental plots. The formal approach was axial with an entry gate demarcated by statuary. The estate included several dependencies: a kitchen, wash house, carriage house, and stable. In the 1850s, as Germantown grew into a suburban neighborhood, the estate was subdivided. In 1874, landscape gardener Anthony Virtue created a planting design for Cliveden, adding trees, shrubs, and ornamental flowerbeds and by 1880, the front was a planted lawn.

In 1932, a stone wall and iron fence were erected and, in the 1950s, a flagstone terrace was installed behind the mansion and a pool and shed were added to the grounds (the former has since been removed). The property, which retains six acres of the original estate, was owned by the Chew family until 1972, when they donated it to the National Trust for Historic Preservation. A contributing feature of the Colonial Germantown Historic District, Cliveden was listed in the National Register of Historic Places in 1961, and became a National Historic Landmark in 1966. 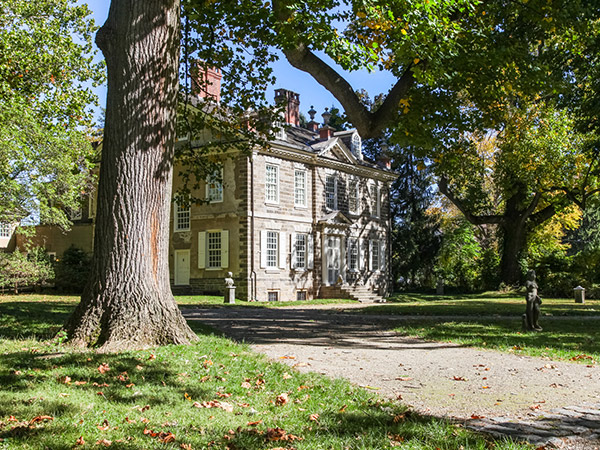 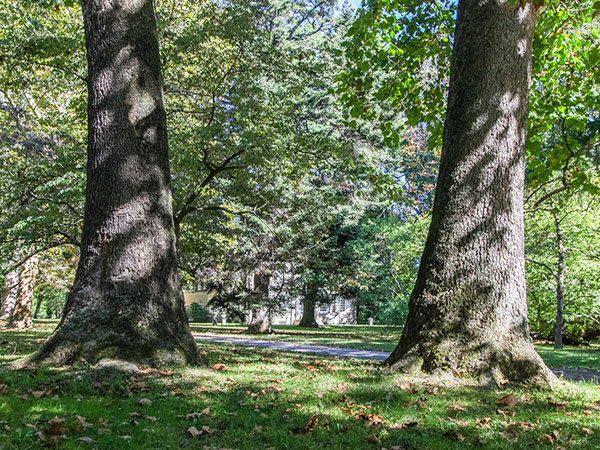 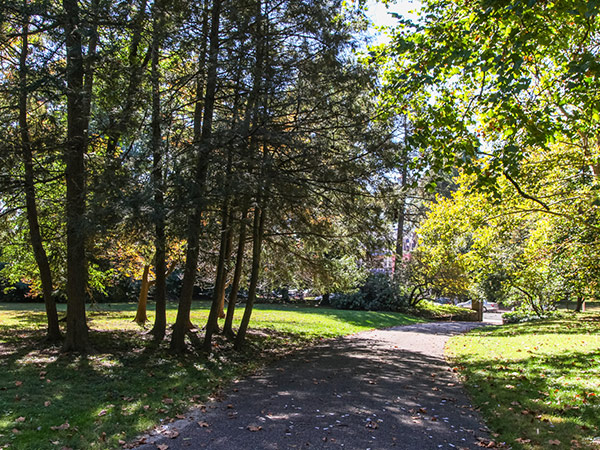 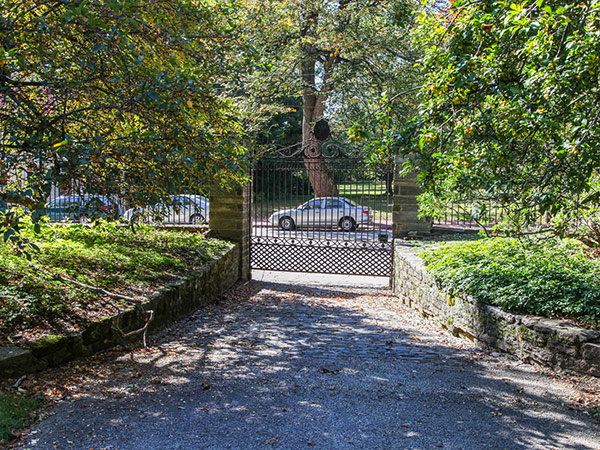 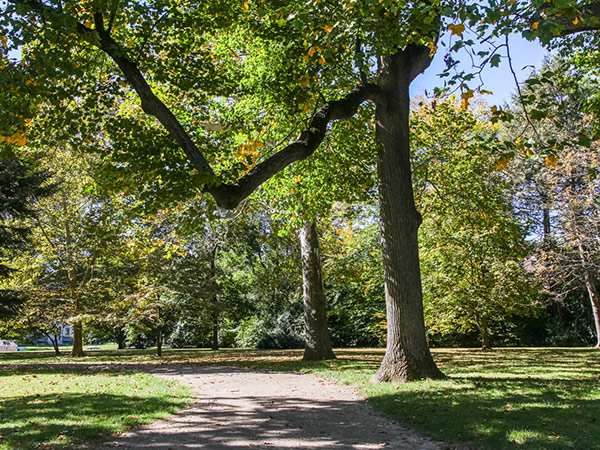 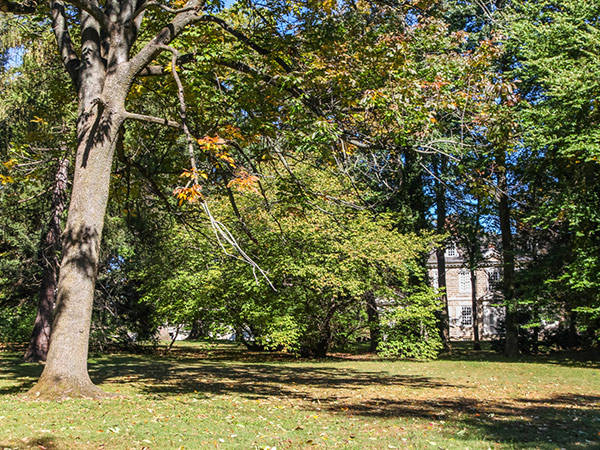 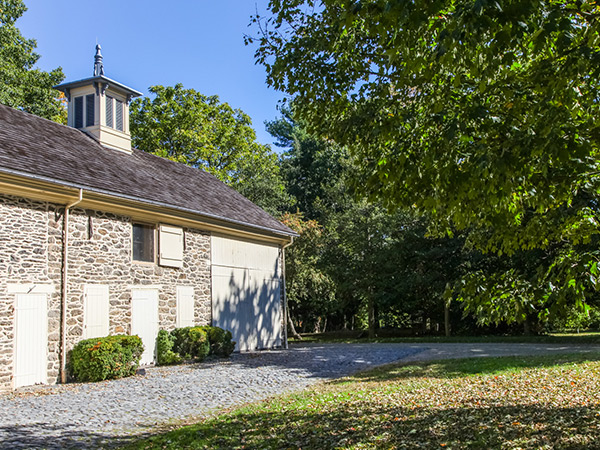 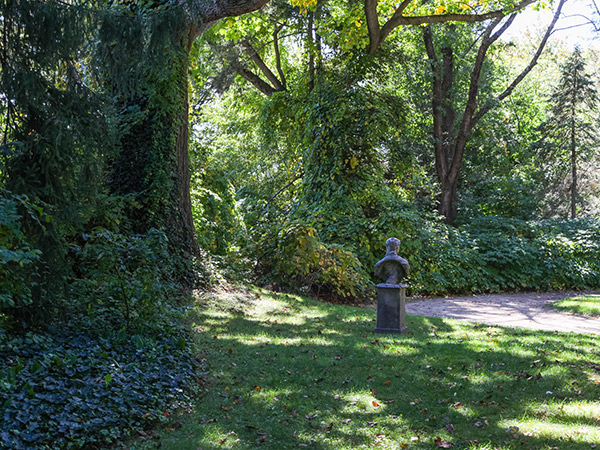 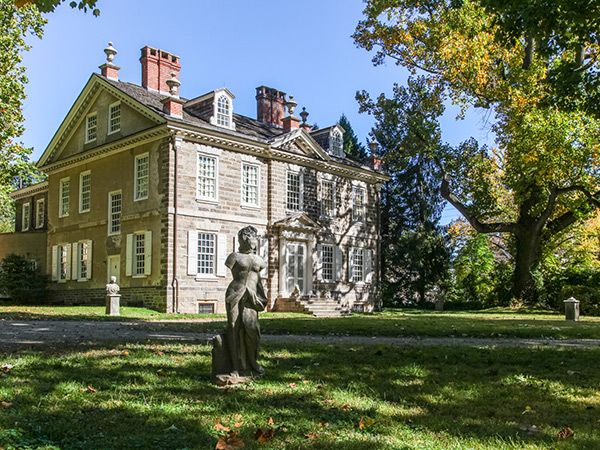 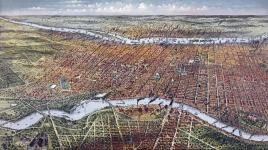 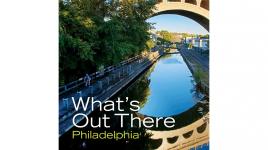