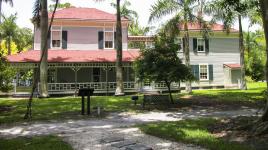 Seminole Lodge and The Mangoes

Beginning in 1901, Thomas Edison wintered on his 14-acre estate along the Caloosahatchee River, and convinced his friend Henry Ford to buy the adjacent property in 1916. Together they built a research laboratory in 1925 on the inland side of McGregor Boulevard, which bisected Edison’s property, and created a experimental garden with over 17,000 plants. The picturesque garden, centered on a massive banyan tree, included stands of bamboo, ficus, king’s mantle, and an African sausage tree, and was later embellished with roses, orchids, cycads, and bromeliads.

When Edison purchased his estate in 1886, he organized it along two wide allées lined with Cuban royal palms running parallel to the river’s edge. Two Florida-vernacular houses were placed in the center, while ancillary structures were sited along the same axis. Ford similarly used allées to define an axis running perpendicular to the river, augmenting an existing mango tree allée in front of the 1911 bungalow with a 14-palm allée approaching the river. In 1929, Ellen Shipman designed the Moonlight Garden for the Edisons, an enclosed space with a pergola draped in bougainvillea, centered on a rectangular reflecting pool. At the same time, a stone-lined pond with irises, water lilies, and papyrus was added.

Edison’s widow donated the estate to the City of Fort Myers in 1947, which opened as a museum in 1950. The Ford estate was acquired in 1988 and opened to the public in 1990. Both estates were listed in the National Register of Historic Places in 1988 and 1991 respectively. 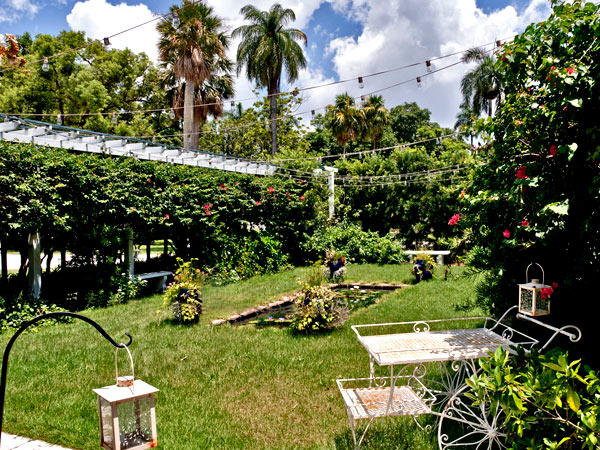 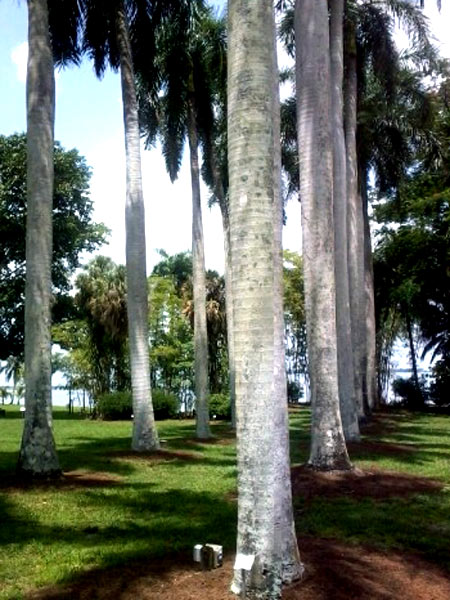 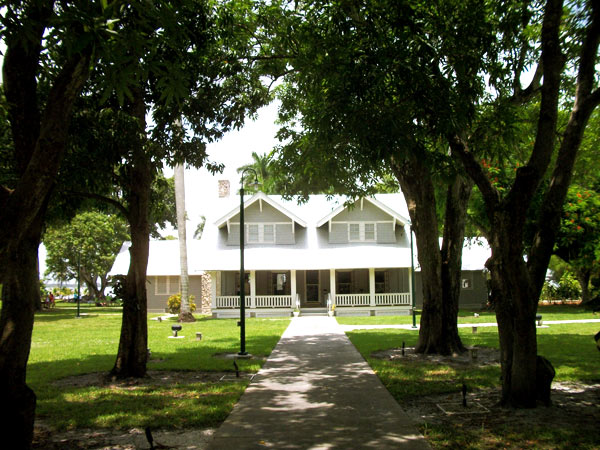 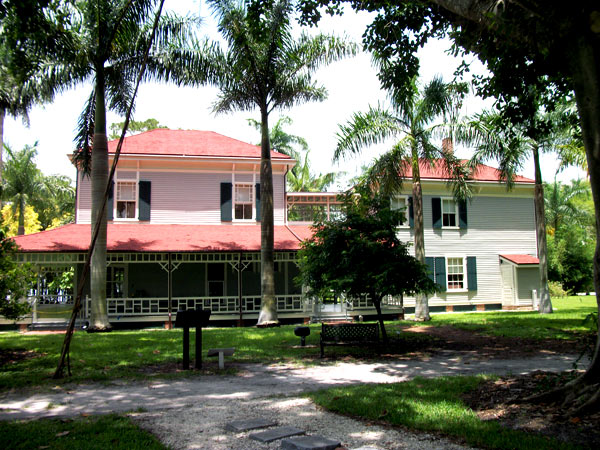 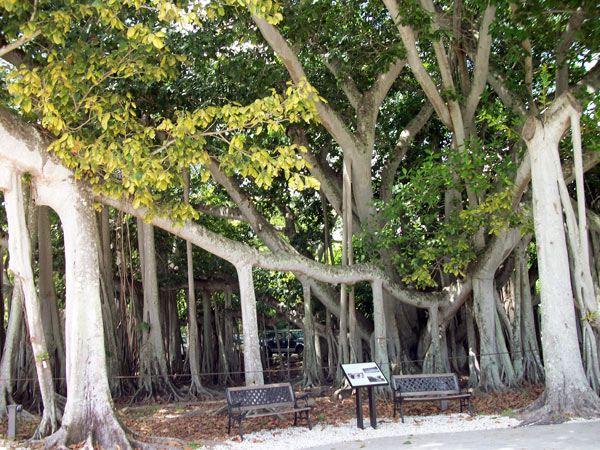 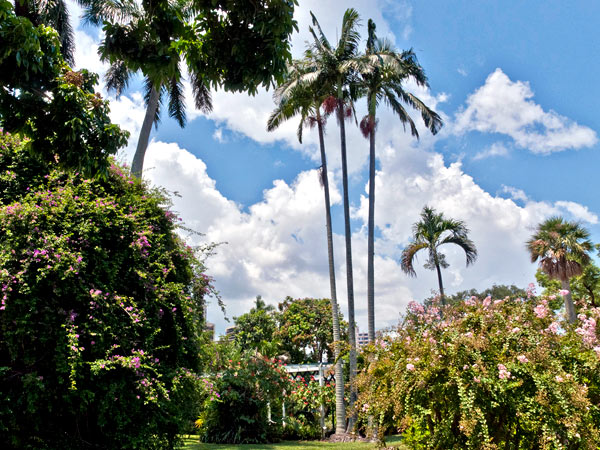 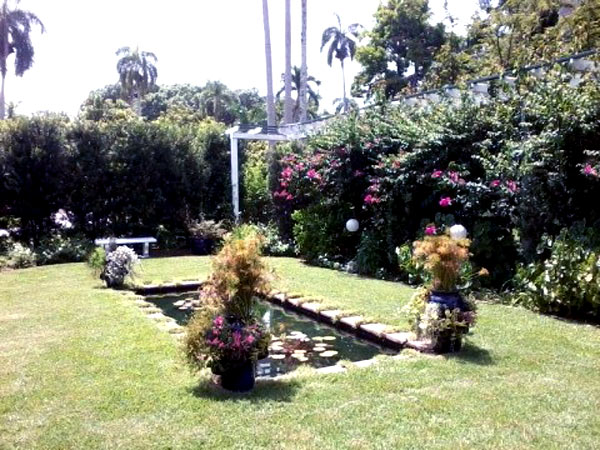