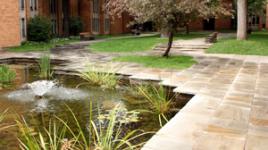 Funded by an endowment from the Massey Foundation, this postgraduate residential college at the heart of the University of Toronto was designed by Ron Thom and opened in 1963. Although the brick-and-concrete architecture, with its highly articulated and recessed surfaces, is distinctly Modernist in style, the design freely adapts medieval motifs, such as the bell tower in the southwest corner, and the wrought-iron entrance gate fashioned in the manner of those found in Scottish castles. Adhering to the Oxbridge tradition utilized throughout the campus, the introspective architectural ensemble is organized around a secluded courtyard.

The central, rectangular quadrangle, accessible only through two gates, is surrounded on three sides by three-story residential wings, with a four-story wing along the south housing dining facilities, offices, and libraries. The southern portion of the courtyard is completely paved with rectilinear courses of rough cut stone slabs with uneven surfaces and stepped, zig-zag patterns where it meets lawn and water features. A narrow, rectangular pool with three low fountain jets stretches along its southern perimeter, beneath a stone pergola, while a second pool with irregular edges extends from the base of the bell tower. To the north, the pavers become two footpaths, each lined with benches, and giving way to wide sections of grass, planted with a few mature trees. Influenced by the Arts & Crafts movement, Thom used many of the natural materials found in the courtyard, including stone, iron, and wood, in his designs for the buildings, which extended to the smallest detail. In 1990, Massey College was designated a heritage property under the Ontario Heritage Act. 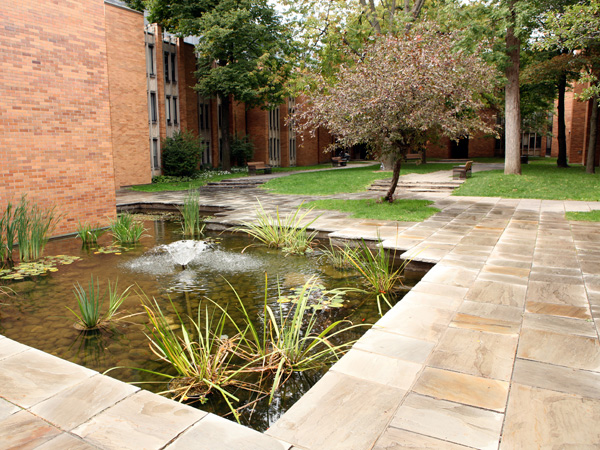 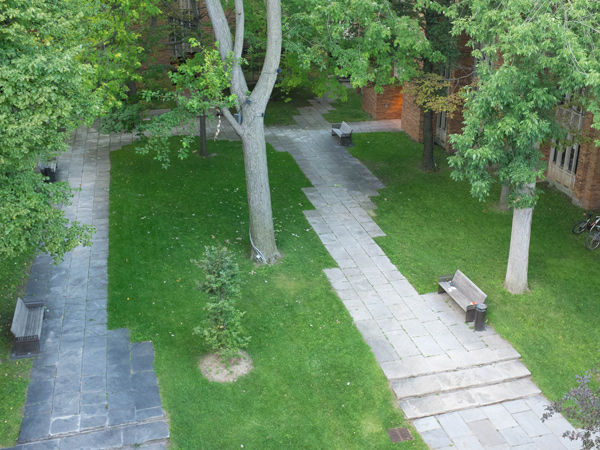 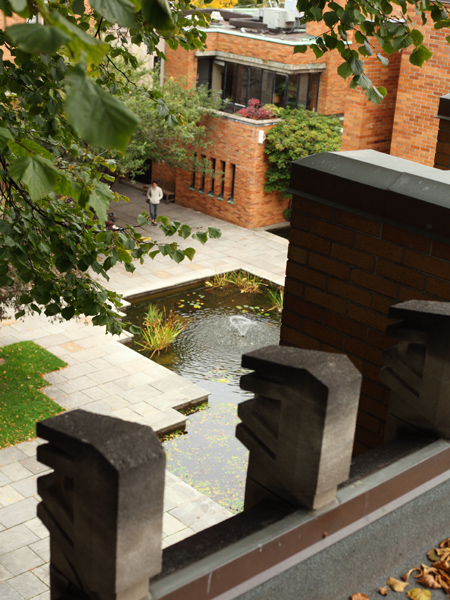 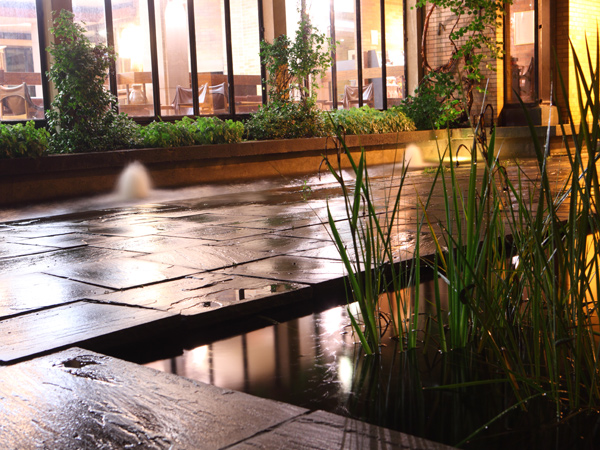 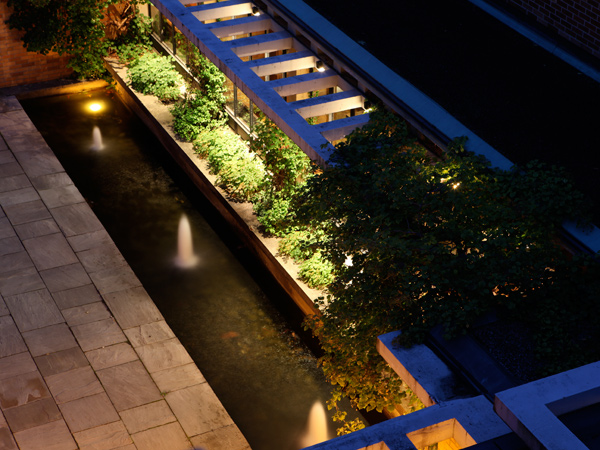 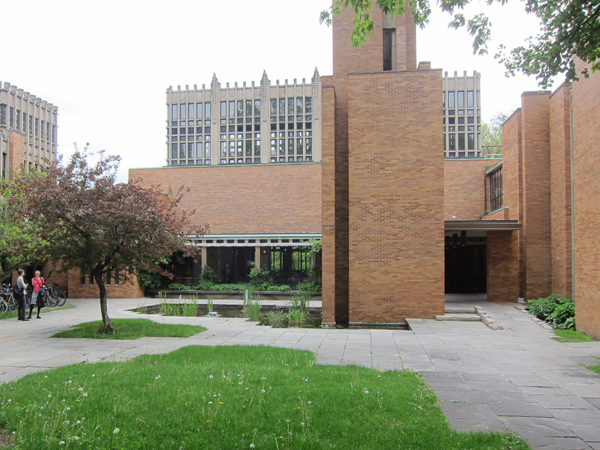 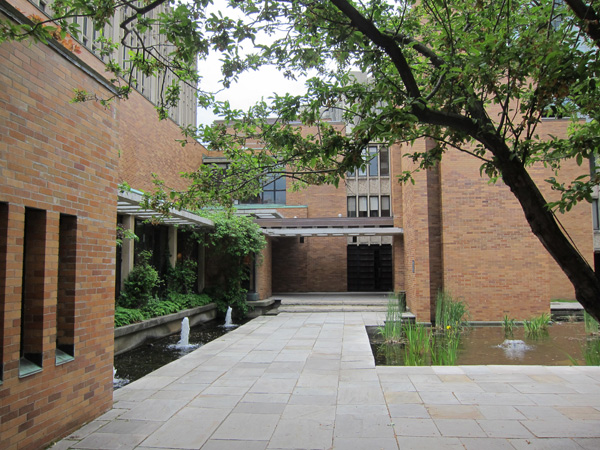 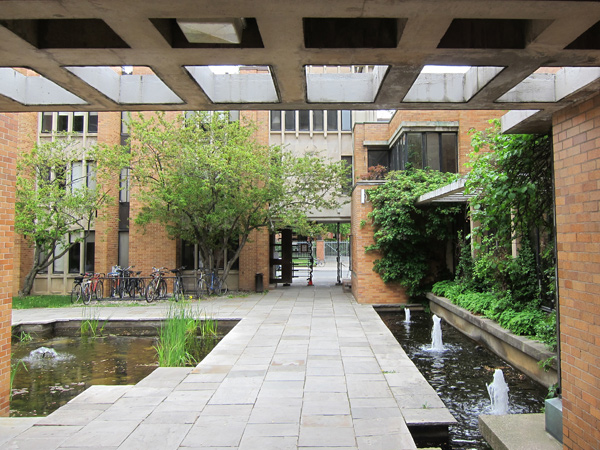 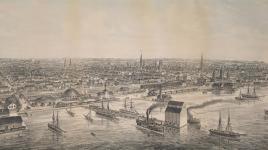 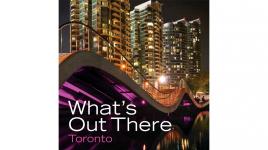 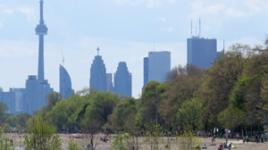