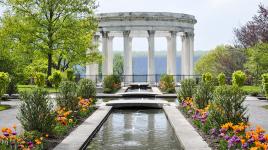 The central feature of the estate is the Indo-Persian walled garden adorned with classical Greek structures, extensive mosaics, and figurative sculpture—including some by Paul Manship. Accessed via a massive gate influenced by an ancient Assyrian precedent, the extensively planted garden is organized into four quadrants and features an amphitheater, an annular array of Corinthian columns, and two cross-axial water channels converging in a central basin. A short distance away, stairs modeled after Villa D’Este lead to the Hudson River, the Old Croton Aqueduct, and a pair of ancient Roman columns that frame views of the Palisades. Accessed by bridges and tunnels, the ornate Temple of Love is sited on a rocky outcrop. Bosworth also designed a series of terraced gardens—each displaying its own color—and a rock garden, though these are now mostly absent.

Untermyer, who provided public admittance to his gardens once a week until he died in 1940, left the estate to the City of Yonkers which opened it as a 16-acre park in 1946. Slowly subdivided and neglected, the property was increased to 46 acres by 2000. Since that time, historic preservation work has focused on key landscape features under the direction of the Untermyer Gardens Conservancy, established in 2011. The property was listed in the National Register of Historic Places in 1974. 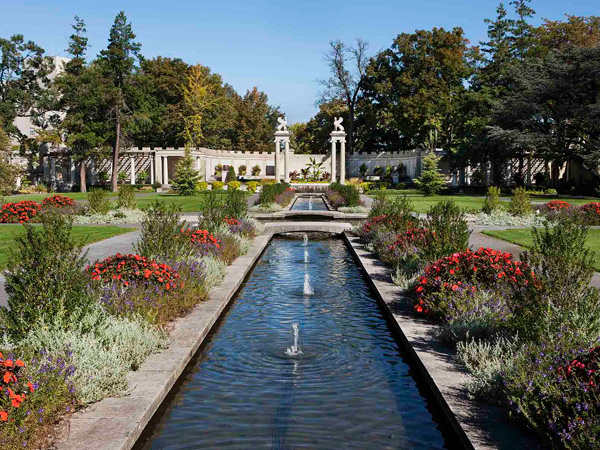 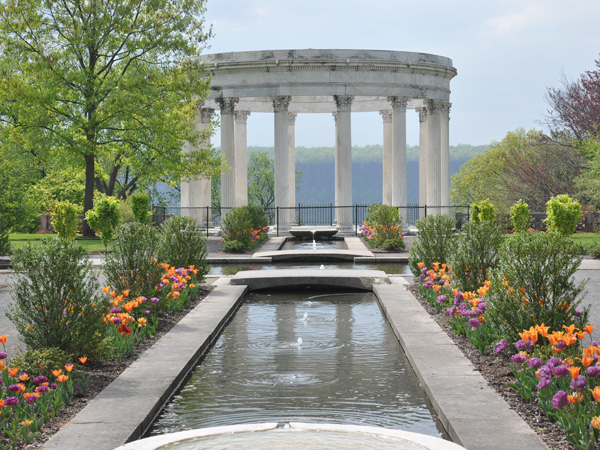 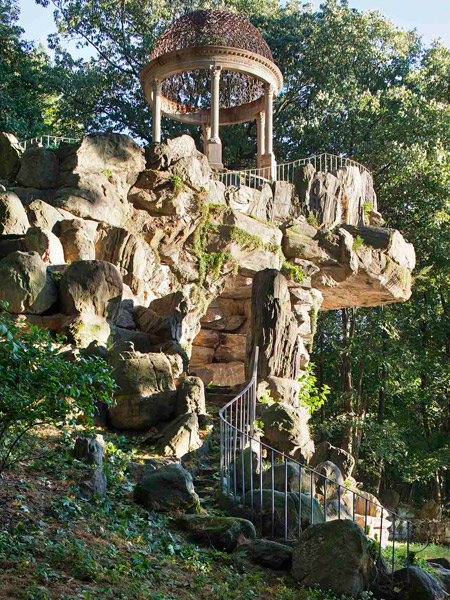 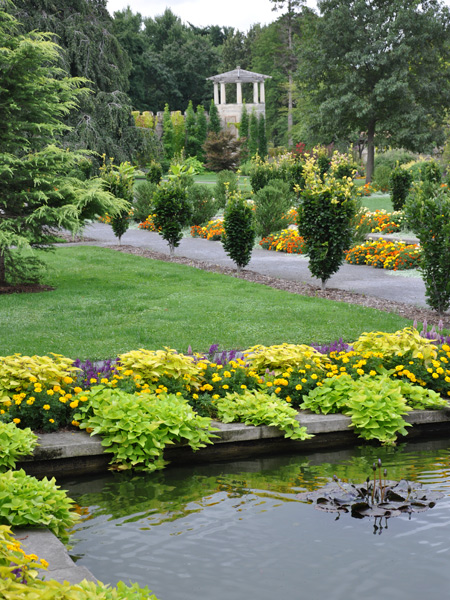 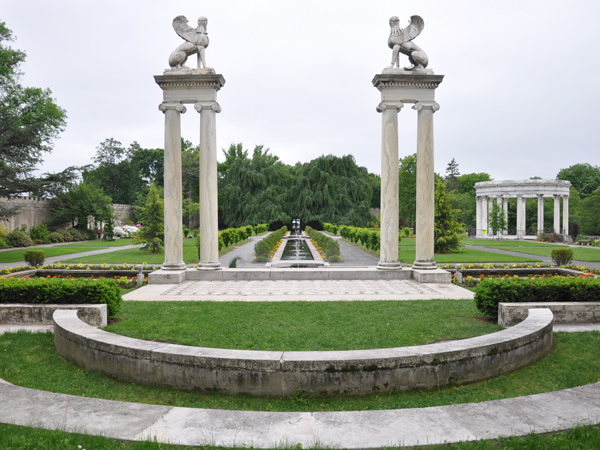 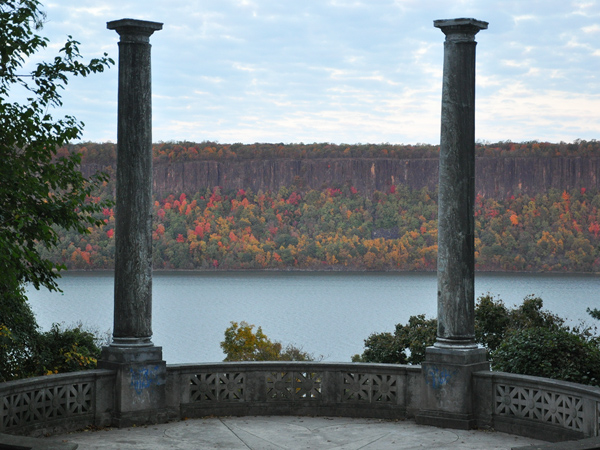 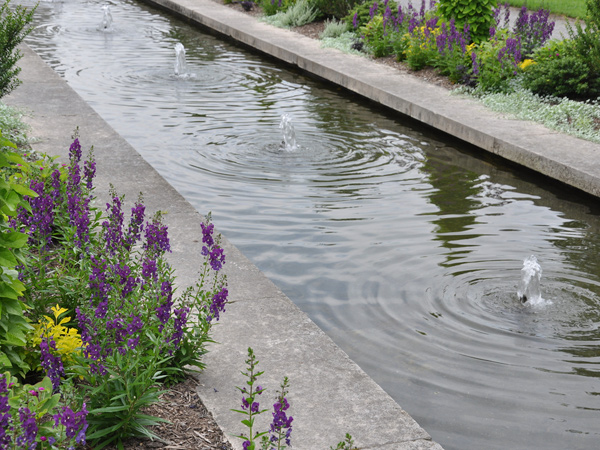 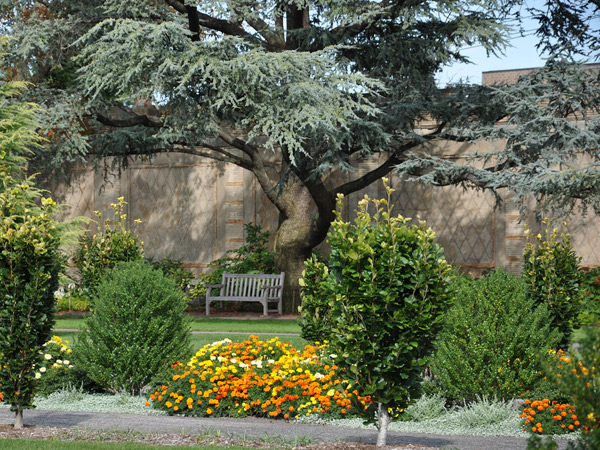 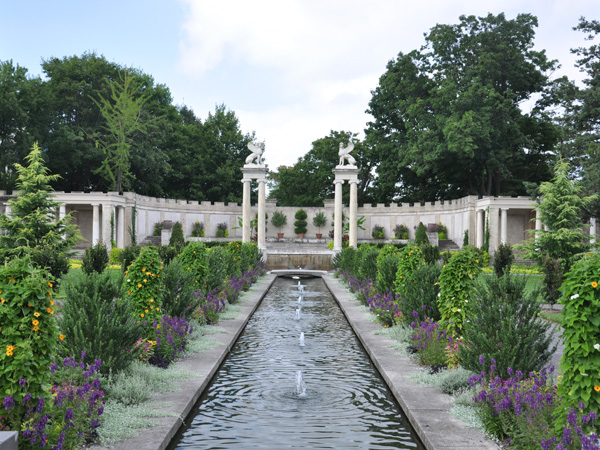