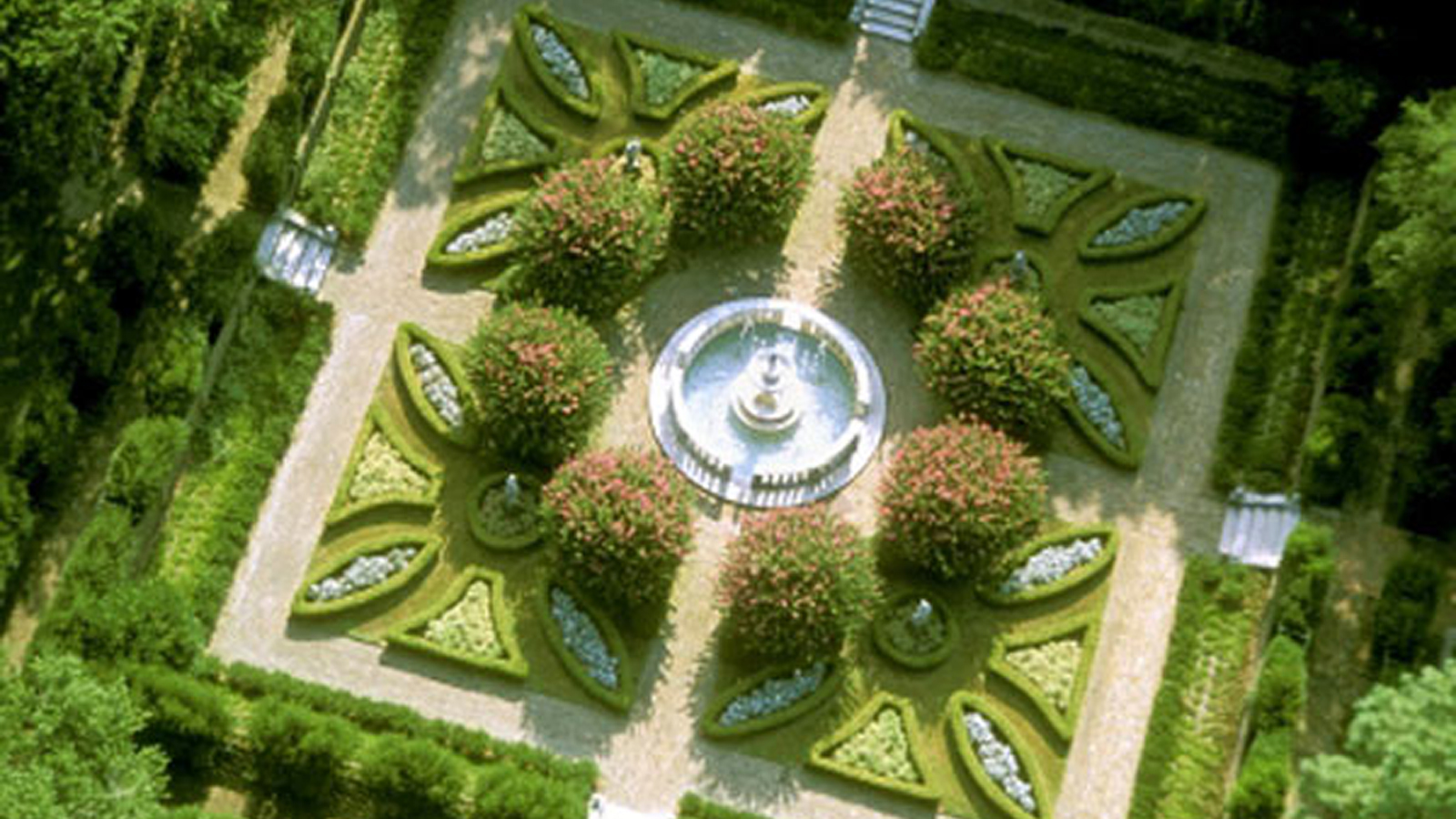 Designed by: Innocenti and Webel

In 1953, the Garden Club of North Carolina leased this site from The Roanoke Island Historical Association to establish this “English pleasure garden” to commemorate the Sir Walter Raleigh’s “Lost Colony.” The Garden Club commissioned landscape architects Innocenti and Webel to design a two-acre garden on a ten-acre tract adjoining Fort Raleigh National Historic Site. It was their thinking that such a cultural attraction would enhance the value of this area as a permanent memorial to Sir Walter Raleigh’s colonists. 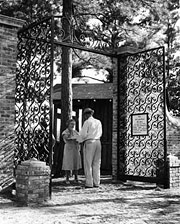 The Elizabethan Gardens lie on Roanoke Island, site of the first English settlements in North America, established in 1585-86 and 1587 and sponsored by Sir Walter Raleigh under the banner of Elizabeth I. However, by 1590, no residents of this "Lost Colony" remained. Nearly 400 hundred years later, in 1950, Mrs. Charles Cannon, wife of a North Carolina philanthropist; Mrs. Inglis Fletcher, a North Carolinian and noted historian and author; and Sir Evelyn Wrench, founder of the English Speaking Union and Lady Wrench, visited Fort Raleigh National Historic Site and decided to build a garden adjacent to the site that would act as a memorial to the lost colonists. The group approached the Garden Club of North Carolina for support and the nonprofit organization voted to enter into a long-term lease of the property from the Roanoke Island Historical Association.

The original goal was to create a modest two-acre garden which would typify the kind of garden a successful colonist might have built on Roanoke Island. However, in 1952, the Honorable John Hay Whitney donated an extensive collection of statuary and garden ornaments and, a year later, the club commissioned the landscape firm of Innocenti and Webel to design The Elizabethan Gardens.

The garden axis, the Mount, consists of the carved marble wellhead that reflects four radiating paths with views of the dominant features of the gardens. The garden’s entrance is flanked by walls of handmade brick, a material also integrated into the site’s gatehouse. Another significant built feature of the garden is the marble statue of Virginia Dare, the first child born in North America of English parentage, designed by American sculptor, Maria Louise Lander in 1859. Nearly 100 years after its creation, the Dare statue was donated to the garden and now stands at the site of her birth.

West of the Mount, a series of three flights of steps descend to the focal point of the gardens—the Sunken Garden. The square area consists of 32 identical parterres, outlined in clipped dwarf yaupon, in-filled with an ever-changing array of ornamental plants, and enclosed by a low, perforated wall of handmade brick. An 11-foot high, pleached allée of meticulously groomed yaupon holly with arched openings surrounds the Sunken Garden wall. Just beyond the Sunken Garden is the overlook terrace and path leading to the Roanoke Sound and16th-century-style gazebo.

The gardens include exotic as well as indigenous plantings, such as the rare sea holly that grows down to the Roanoke Sound and the ancient live oak, estimated to be from the same period as the “lost” colonists.

The gardens reveal Webel’s keen sense of order and spatial hierarchy, developed during his time at Harvard as both a student and professor, and reinforced during his study and travel while at the American Academy in Rome. This Elizabethan-inspired garden represents the culmination of Webel’s experiences and his appreciation of early European gardens and their fitting interpretation,, adding to the significance of the commission within this master’s 65 years of practice. In 1976 Lewis Clarke, an English landscape architect, designed a cloistered rose garden for the site. The garden is called The Queen’s Rose Garden and honors H.M. Queen Elizabeth II.

The significance of the gardens lies not only in the commemorative import of the site itself, but also in the master work of noted landscape architects Innocenti and Webel as well as Whitney's collection of 15th-century statuary which the garden houses. 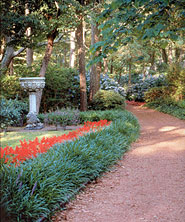 The principal threat facing the gardens today is a lack of formal scholarship or preservation of the historic design. Despite its adjacency to the Fort Raleigh National Historic Site, the Elizabethan Gardens are not listed on the National Register of Historic Places. Confronted with changing patterns of use and visitorship, this ten-acre site endeavors to remain in-step with neighboring destinations while remaining relevant to its users and its mission. Over the years new features have been added, and are currently planned for the gardens, but it is unclear if the additions contribute to or distract from Webel's original design without more formal scholarship. Furthermore the present economic climate complicates efforts to maintain the garden's historic character-defining features.

The Elizabethan Gardens Foundation, a subsidiary of the Garden Club of North Carolina, has worked tirelessly to fund and assist in the development of the gardens. Over the years the Garden Club has observed significant milestones in the gardens’ history and demonstrated a sincere interest in sustaining the design legacy. We encourage the Elizabethan Gardens Foundation to continue their quest to celebrate this rich history by incorporating more deliberate measures to sustain its heritage while planning for a vibrant future. If you would like to become involved, contact the Gardens or the Garden Club of North Carolina.

All photos courtesy The Elizabethan Gardens 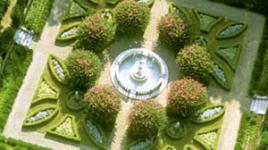