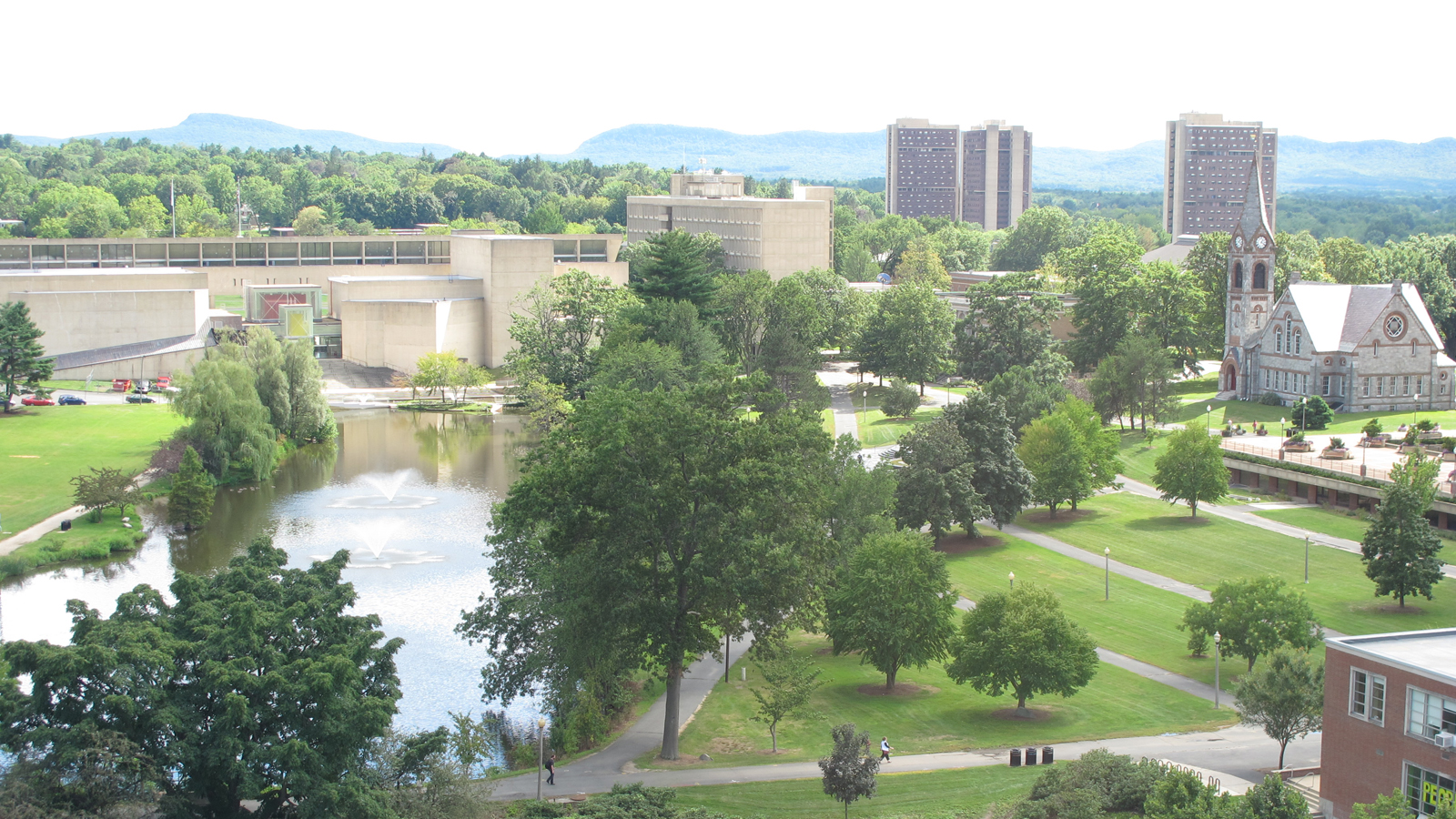 In 1866, the Trustees of Massachusetts Agricultural College requested that Frederick Law Olmsted, Sr. provide recommendations for the grounds of the newly formed institution. Olmsted, in his report recommended that a village green be constructed at the center of the farmland campus. Constructed in 1892, the Campus Pond and its extensive surrounding lawns are an exemplar of the early use of ecological principles in landscape architecture as well as a central gathering place and focal feature of the flagship Amherst campus of the University of Massachusetts. Preservation of the landscape has been recommended by a series of nationally known landscape planners, but the current administrators of the campus view it as “vacant” land and in need of “activation” - a place for new buildings and bridges. 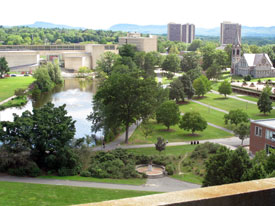 Initial creation of the elongated pond and surrounding meadows, served utilitarian purposes. The pond was developed as a source of water for orchard cultivation, fire fighting and ice. The meadows provided hay and grazing for animals quartered at the research farm, and maple trees were tapped for sap. In winter, ice hockey games were played on the pond’s ice, and in warmer weather it was the venue for a tug of war contest pitting the freshmen against the sophomores

In 1902 Frank A. Waugh joined the faculty of the college (renamed Massachusetts State College) and founded what is today the second oldest department of landscape architecture in the nation. Waugh was a pioneer in the use of early ecological principles in landscape design. Under his guidance, and in early collaboration with landscape architect Warren H. Manning, the meadows became lawns. The pond margins were allowed to soften with native emergent wetland plants and a few carefully selected trees of different species were planted in the lawns for visual contrast and diversity. Waugh influenced the site selection of buildings placed on the bordering ridges and landscaped the transition zones between the buildings and the centerpiece Campus Pond landscape, “Central Park.” 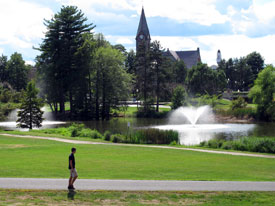 Both Waugh and his students brought the concepts of ecological design illustrated in the Campus Pond plan into their own practices, applying it to the landscapes of major U.S. National Parks, the Missouri Botanical Garden in St. Louis, the Berkeley campus of the University of California, and other sites throughout the United States. The principles exemplified by the pond landscape which provide both visual contrast and increased diversity are still in use today.

While there have been intrusions into the pond landscape at the north and south ends, the central section retains its original character. In 2009, the University hired consultants to conduct an inventory of all structures on the campus fifty years in age or older. As part of the inventory the consultants identified and documented the Campus Pond landscape as a contributing feature. Now this historically significant landscape is under threat with the current proposed campus development scheme.

In the summer of 2010, campus administrators unilaterally selected part of the historic Campus Pond landscape as the site for a new academic building. Administrators participating in the process failed to engage in the requisite state-mandated consultation with the Massachusetts Historical Commission at the project’s inception, belatedly filing with the Commission after investing in six months of preliminary design. In addition to the proposed development in the open space area of the historic landscape, a recently approved campus master plan calls for construction of one or more bridges to be built across the center of the Campus Pond.

A campus historic preservation group, Preserve UMass, has objected to the failure of the university to effect the timely involvement of the Massachusetts Historical Commission in a discussion of site alternatives. The locally-based National organization, the Library of American Landscape History has informed the Commission that the new building will cause a negative and irreversible impact on the historic pond landscape. The state Commission has asked the University and other interested parties to comment on the issue and on alternatives to the construction site. Send a letter or email supporting the need for an alternative location to: MHC# 50300, Massachusetts Historical Commission, 220 Morrissey Blvd. Boston, Mass. 02125 or mhc@sec.state.ma.us with MHC# 50300 included in the subject line. 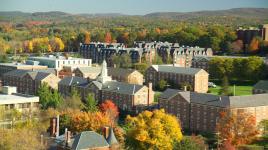