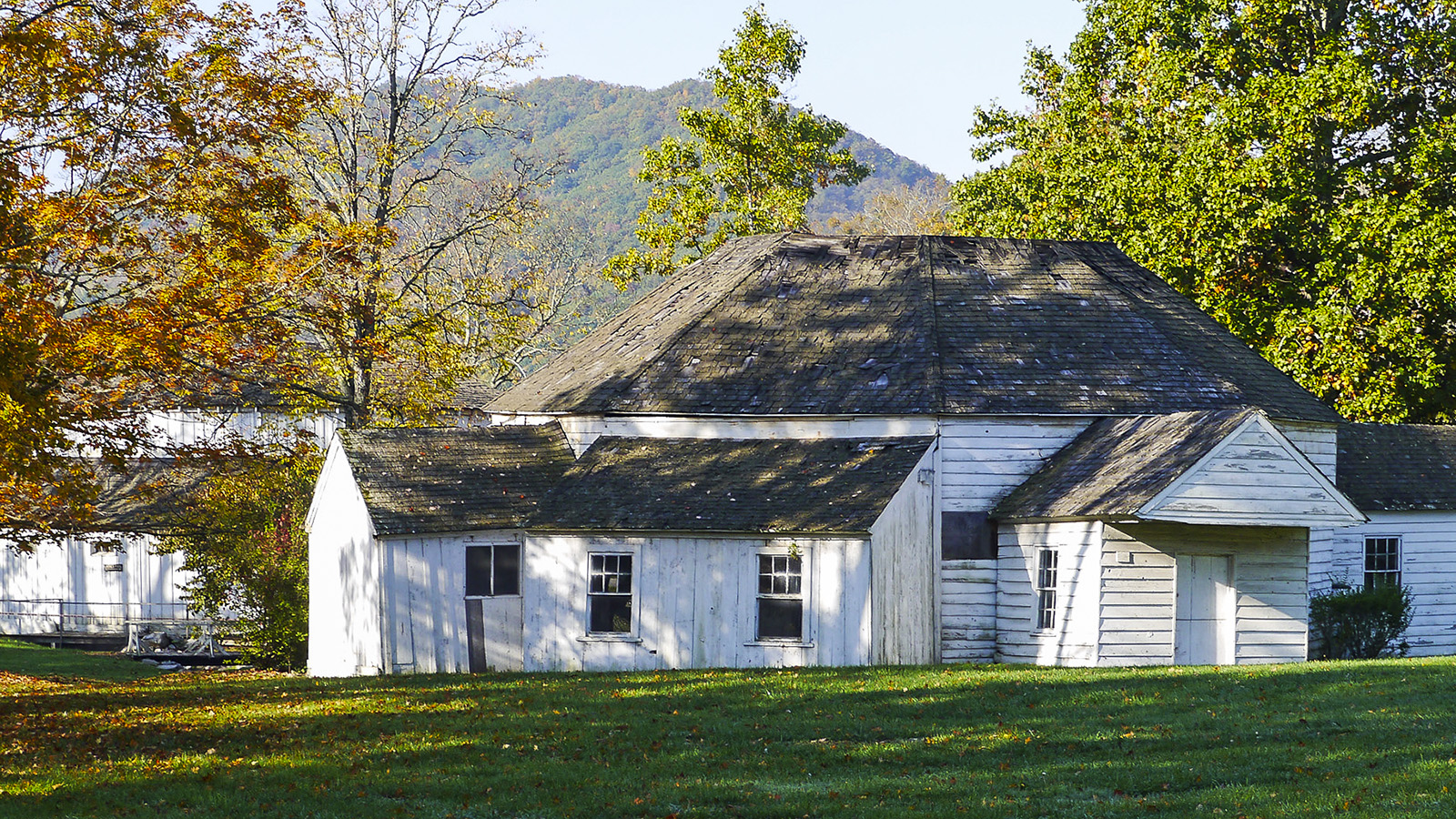 Bath County, Virginia’s Jefferson Pools have offered visitors a chance to relax in their spring fed waters for more than 250 years. The springs, known for their therapeutic potential, have played host to famous Americans, including Thomas Jefferson, who spent three weeks bathing in the curative waters in 1818, and Mary Custis Lee, wife of Robert E. Lee, who suffered from rheumatoid arthritis. Still open to the public today, the baths offer a rare glimpse of history and are home to the earliest extant example of a springs bath house in the United States; however, they are now under threat due to a period of long-deferred maintenance. 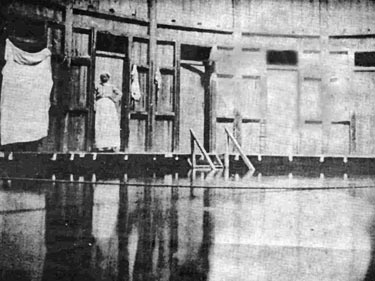 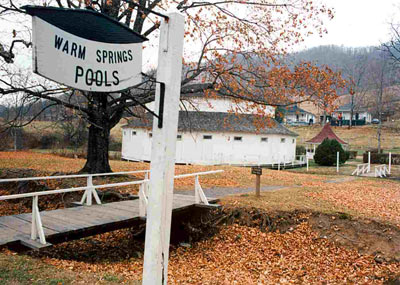 (upper) historic image of the Women's Bath House; (lower) the baths
were formally known as the Warm Springs Pools, photo by Hella
Armstrong.

The springs are situated on a five-acre property amidst the rolling hills of the Allegheny Highlands. The site includes two octagonal, stone-lined, spring-fed pools, 40 and 50 feet in diameter, surmounted by simple wooden bath houses. Each of the two baths is fed by a separate spring. The water, which maintains a constant temperature of 98 degrees, is circulated into the pools through openings in the stone floor of each of the baths. As fresh spring water bubbles into each of the structures, excess water is discarded by way of overflow chutes which guide the water into exposed curvilinear stone-lined channels.

Some of the first spring resorts in America were documented in the early 1700s around Philadelphia and in Virginia, following similar European facilities that gained popularity in the seventeenth century. Originally appreciated in the 18th century for their healing benefits, Bath County’s Warm Springs became a popular destination for wealthy southerners who took to the waters in search of relaxation. Early springs were casual open-aired affairs with few amenities. Constructed bath houses became more common in the late 1700s and the first of Warm Springs’ wooden bath houses – an octagonal structure for “Gentlemen” built in 1761 – was followed in 1836 by the construction of a circular ladies facility. Later modifications to the simple wooden structures included dressing rooms.

The Warm Springs Bath Houses were made a Virginia Historic Landmark in 1968 and were listed in the National Register of Historic Places in 1969, just three years after the compendium’s creation was authorized by the National Historic Preservation Act of 1966. 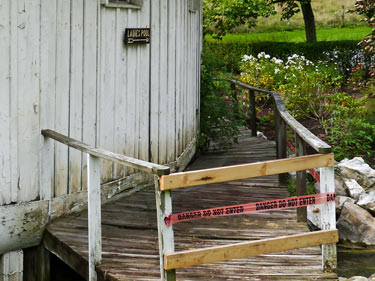 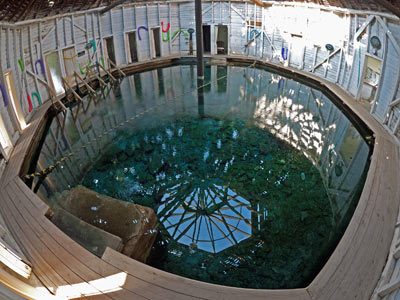 Around 1900 the Virginia Hot Springs Company, owners of the Homestead Hotel, acquired ownership of the Warm Springs Baths. In 1993 the hotel and baths were sold to Club Corp, a golf club resort operator. Under Club Corp’s management, a period of neglect began; deferred maintenance devolved to no maintenance causing gradual disintegration of the wooden bath houses. When the Homestead and baths became the property of Colorado-based KSL Capital in 2006, which owns resort properties across the nation, no steps were taken to remedy the lack of maintenance, and the condition of the baths continued to deteriorate.

In 2010 the Bath Houses were listed among Preservation Virginia’s Most Endangered Historic Sites, with the intent “to encourage citizens and organizations to continue to advocate” for the site’s protection and preservation. In Preservation magazine’s September/October 2011 issue, the Pools (also known as the “Jefferson Pools”) were designated as Threatened.

The alarming condition of the Bath Houses has attracted attention from local residents and a grassroots, not-for-profit corporation, Preservation Bath, has been formed to advance two primary goals: 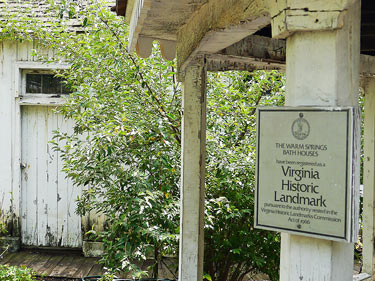 The Bath Houses are listed as a Virginia Historic Landmark.This effort has taken hold and POOLS stickers are now seen on cars throughout the region and beyond. Hundreds of “Friends of the Pools” follow the organization’s progress on its Web site and on Facebook.

Officials from the site’s owner, KSL Capital, are now engaged in active and productive conversations with Preservation Bath about ways to rectify the situation. While the members of Preservation Bath are confident that a collaborative solution can be reached to stabilize and restore the pools, there is much work and fundraising that remains to be done in order to ensure their future.

Visit Preservation Bath’s Web site and sign on to receive regular email updates about the group’s efforts. And, please tell others about the historic Jefferson Pools and urge them to also join the cause. 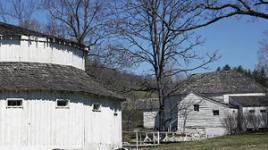