Undertaken by the State of Washington in 1909, Northern State Hospital was constructed as a state of the art, self-sustaining occupational therapy and treatment facility for the mentally ill. Masterfully designed by Olmsted Brothers, the site included patient and staff housing, a dedicated reservoir, lumber mill, quarry, steam plant, and more than 700 acres of farming and livestock operations. The hospital ended operations in 1973 and, today, the Washington State Department of General Administration and Skagit County are stewards of the site, and has converted the agricultural area into the Northern State Recreation Area. A renewed interest in the site has local officials and community members pushing for a sensitive adaptive reuse. 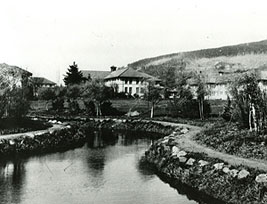 Washington State commenced construction of Northern State Hospital, a treatment facility for the mentally ill, in 1909 in response to criticism regarding the struggling, over-crowded Western State Hospital in Steilacoom. With this new hospital, the State hoped both to provide high-quality patient care through occupational therapy and to design a self-sustaining industrially and agriculturally-based institution. To achieve this goal, Dr. A. H. McLeish was hired as the farm’s superintendent and the renowned Olmsted Brothers and architects Saunders & Lawton were commissioned to lay out the site and buildings and to produce an extensive planting plan for the entire campus. Together they created an extraordinary master plan of roads, water systems, buildings, pastures, agricultural land and dairy barns. Fourteen acres were devoted to lawn, 400 acres to gardens and tillage, 220 acres to rock buttes, 440 acres to woodlots and pastures and 26 acres to roads, building footprints, ponds, and streams.

The campus of Northern State Hospital, with its scenic topographically and undulating setting, was not unique within the Olmsted practice for residential institutional grounds. The firm did numerous hospital campus projects, in which Olmsted, Sr., strove to create the same pastoral or rural settings that he created with his designs for city parks. These designs were based, wherever possible, on providing expansive outlooks and verdant surrounds which made clear separations from 'the outside world.' The success behind Olmsted’s aesthetic was the artistry of the seeming simplicity which was intended to let nature speak in broad strokes rather than distracting the mind with details. Thus the curving roads and paths enhanced natural contours—and plantings subtly defined spatial areas—so that there was a balanced interplay of site, setting, and purpose.

For Northern State Hospital, Olmsted Brothers designed an overall spatial organization with a southern orientation, allowing the ward facilities and therapeutic landscape to greet staff and visitors while serving patient needs. Facility operations were located to the rear of the ward buildings and farm operations at the east. Agricultural lands served as a buffer zone around the site’s north, east, and south edges. This layout grouped land use activities that involved no patients (such as physician and superintendent housing) or supervised patient activities along the more public areas at the front of the site. Staff and patient farm and facility operations, while not hidden from public view, were afforded some separation to limit distractions and interruptions. 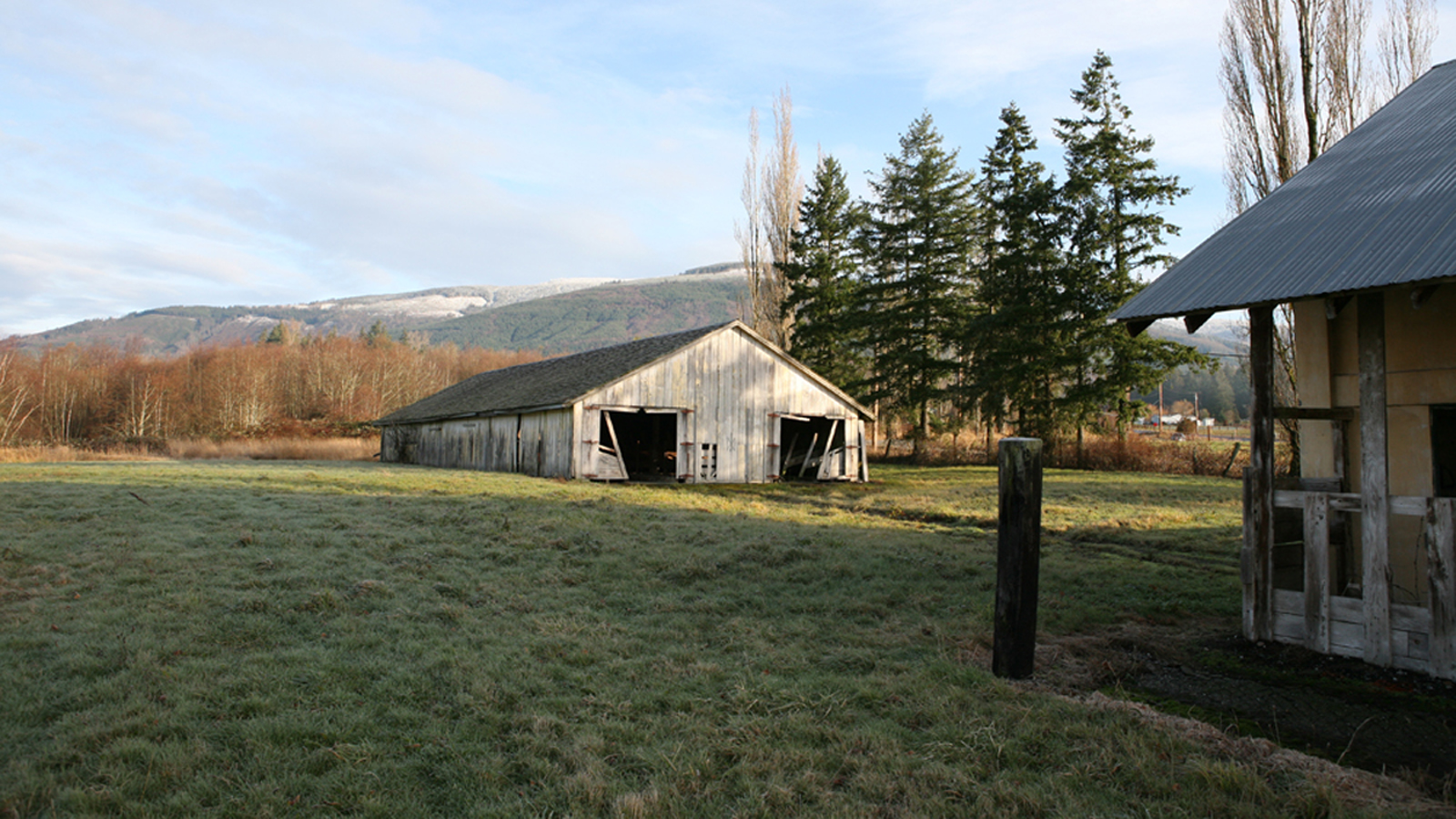 By 1914, the initial 600 acres purchased in Skagit County had grown to 1,086 acres. Onsite amenities included a dedicated reservoir, a lumber mill, quarry, steam plant, agricultural fields, an orchard, green house, and a full collection of livestock. The cluster of dairy buildings and structures were so significant, they were sited on the rise overlooking the main road, becoming a point of pride and renown for the institution, whose dairy herd ranked among the best in the state.

With the advent of psychotropic drugs and a shift towards integrating mentally ill patients into society, and a reluctance by the State to continue funding, the hospital closed its doors in 1973. Since that time, the site is split between the care of two stewards. The main hospital facilities have become the North Cascades Gateway Center, owned by the State of Washington Department of General Administration, and the 726 acres of former farming operations constitute the Northern State Recreation Area, owned by Skagit County. In 2005, the State of Washington determined the need for a cultural assessment of all state properties and, in 2008, such a report was completed for Northern State Hospital. The report suggested a strong potential for listing the site as a National Register of Historic Places historic district, as well being potentially eligible for National Historic Landmark status.

At Northern State Hospital, a high standard of excellence was set by the Olmsted Brothers design firm who melded the healing power of nature into their site plan. The significance of Northern State Hospital lies in the rare combination of architecturally compelling buildings, masterful landscape design, extraordinary farm assets and innovation by its superintendents who created a near self-sustaining community, one that served one of society's most misunderstood populations, the mentally ill. Moreover, it stands today as one of the few intact agricultural landscapes designed by the Olmsted Brothers.

Since the closure of Northern State Hospital in 1973, the State’s Department of General Administration has struggled to find appropriate uses for the facility. While the main building, Assembly Hall, is occupied and meticulously cared for, the current physical condition of the property overall varies. Threats to the property come from exposure to the elements. Occupied buildings are spared further deterioration from the elements but suffer from inappropriate remodeling. The maintenance crew has salvaged terra cotta tiles from demolished buildings to patch existing roofs and broken stained glass window panes are carefully repaired. However, the farm buildings have been vandalized by graffiti and theft of valuable barn wood.

As the site was originally designed an executed as a wholly integrated environment, it is important that any adaptive reuse plans give full and equal consideration to the setting, its spatial character, defining landscape elements, and its buildings. Retaining the site’s spatial flow, respecting the remaining landscape features, and restoring others that have been lost from the campus, are all vital to preserving this important component in the Olmsted landscape legacy. In order to respect these significant attributes, it is essential that a preservation plan is completed. Such a plan would guide the preservation and rehabilitation of the site as well as provide a basis to analyze current zoning and potential land use options based on local comprehensive planning plans. Letters of support for a preservation plan should be directed to the Economic Development Association of Skagit County, Skagit County officials, and the Governor’s office. Letters can encourage officials to support appropriate and sensitive adaptive reuse of the site and to open the planning process to community and private sector involvement. 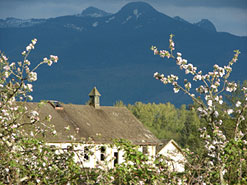 Also, much still remains to be documented about Northern State Hospital. Local residents have undertaken an oral history project, interviewed psychiatrists, nurses, ward attendants, maintenance staff, and patients of the hospital. Those looking to become involved in this project should contact Mary J. McGoffin at Mary_Mcgoffin@msn.com 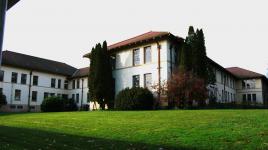 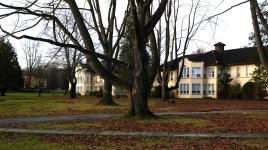