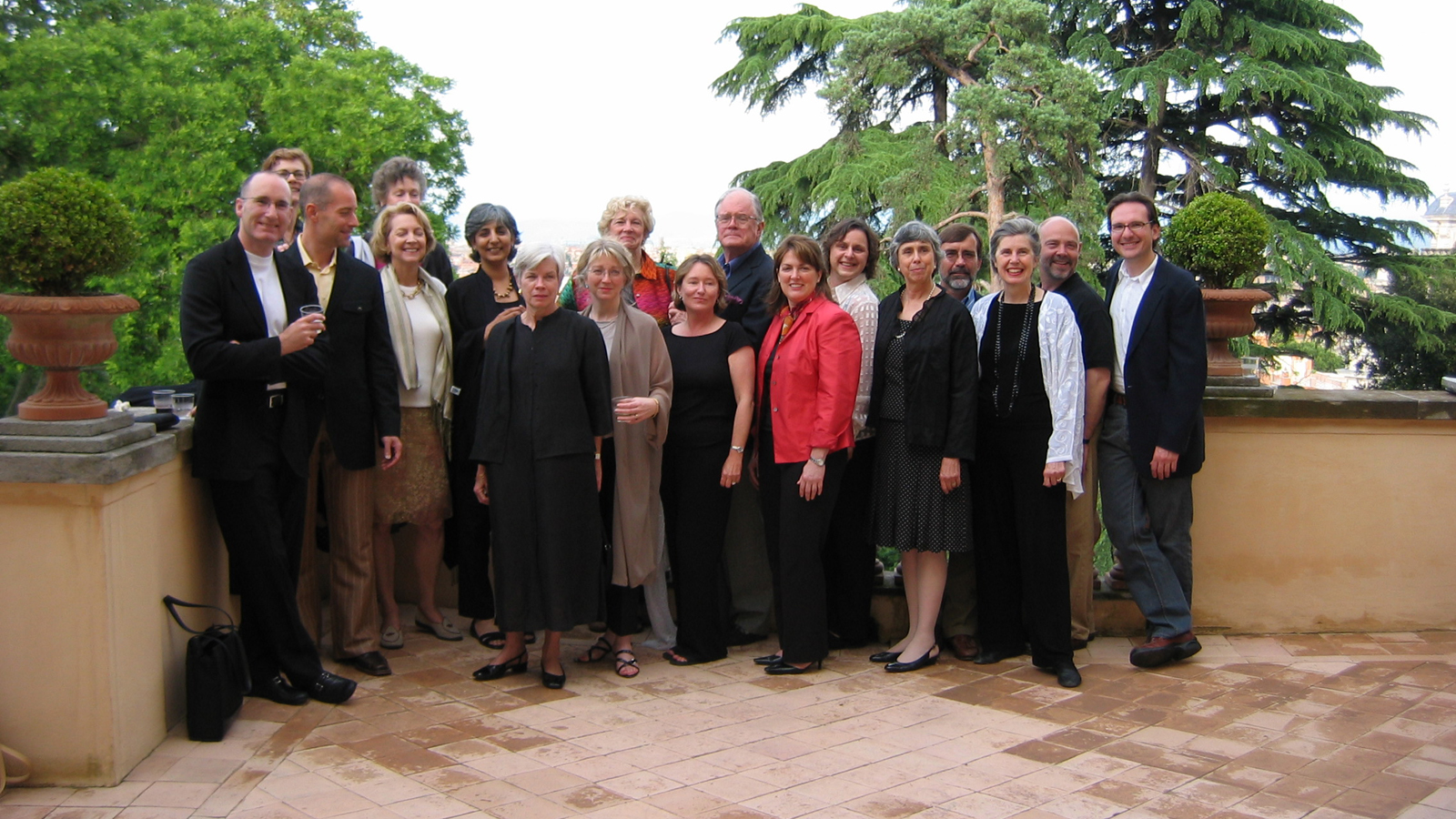 Sally Boasberg, fifth from right, with TCLF board members at Villa Aurelia at the American Academy in Rome in 2004

TCLF has just held its first Board meeting since founding Board member Sally Boasberg passed away. Despite her absence, Sally’s spirit was very much present – in the conversations we had, the toast in her honor and the Board resolution recognizing her many invaluable contributions to the foundation. The Sally Boasberg Founder’s Fellowship will carry forth Sally’s spirit and energy by funding the work of clever, entrepreneurial and passionate students at TCLF. 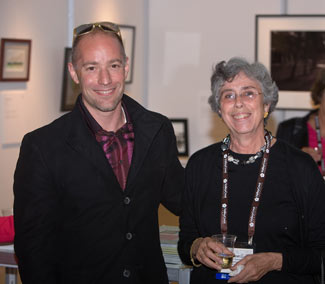 Sally with Charles BirnbaumWe are pleased to report that our inaugural fellow, Eddie Krakhmalnikov, is in place, involved in researching and promoting the work of those who have shaped the American landscape, designed significant works of landscape architecture, and contributed to the organization’s mission of “stewardship through education.

Before describing our inaugural fellow, a few words about the Boasbergs and TCLF. The idea for the foundation was actually hatched at the dining room table of Sally and her husband Tersh in late 1997. We became “official” in March 1998, after Tersh drafted the Articles of Incorporation and Sally agreed to be founding Co-Chairman. Our first Board meeting followed later that year. Since then, the Boasbergs have served as mentors, advocates, and ambassadors for the organization, with Sally serving actively on both the Board and its Executive Committee. She was a master strategist, always working to advance the mission of the organization – we are still uncovering evidence of her meticulous, behind-the-scenes handiwork. She was even involved in planning the objectives and mechanics of the annual ten-week fellowship that bears her name. 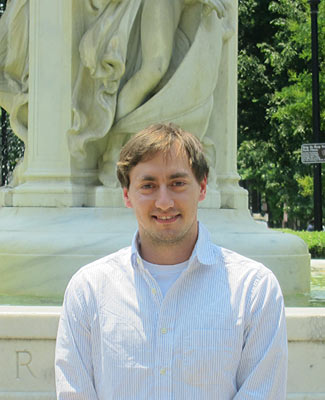 Inaugural Fellow Eddie Krakhmalnikov, in front
of the Dupont Circle fountain in Washington, DCThe first Sally Boasberg Fellow is Eduard (Eddie) Krakhmalnikov. He is currently pursuing a dual M.S. in Landscape Architecture and Architecture – Heritage Conservation and Preservation at the University of Minnesota's College of Design. He emigrated to Milwaukee with his family at a young age from Odessa, Ukraine. He has an undergraduate degree in Geography, also from the University of Minnesota. Before returning to graduate school, Eddie worked for a community non-profit organization conducting land use, environmental and energy research. Afterwards, he built an energy modeling business which helped homeowners, businesses and neighborhood organizations react ahead of time to future energy costs. The experience navigating the small business world reinforced his entrepreneurial nature. In the past year, he received the Dr. A. A. Granovsky Scholarship and was selected as the teaching assistant for the Landscape Architecture History course, co-teaching the weekly recitation. He enjoys writing about landscape memory, theory and design and hopes to continue teaching in the future. He was selected from more than two dozen candidates for the Boasberg Fellowship.

"This is exactly what Sally would have wanted. A fellowship for a young, dynamic scholar, and immigrant to boot. Well done TCLF and Eddie Krakhmalnikov," said Tersh Boasberg.

TCLF is more than two-thirds of the way towards the goal of raising $150,000 to endow the Fellowship. To date we have raised more than $108,000, due to the generosity of the Boasberg family, TCLF current and former Board Members, and Sally’s many, many friends and colleagues – more than 140 gifts so far.

We look forward to many years of welcoming a Boasberg fellow to TCLF offices. Given the small staff and its lively interaction, the fellow will be involved in all aspects of the organization, including serious discourse over critical issues in landscape architecture.

We are pleased to present the list of donors to the Sally Boasberg Founder’s Fellowship to date, in alphabetical order: