Since Landslide: Art and the Landscape was announced on October 22, 2014 in New York, there have been new developments at several of the eleven sites – some good and some not. Landslide brought attention to land-based art from ancient petroglyphs to earthworks, folk art creations, single artist, multi-acre installations and others threatened with demolition, neglect, poor maintenance, vandalism and lack of funding. 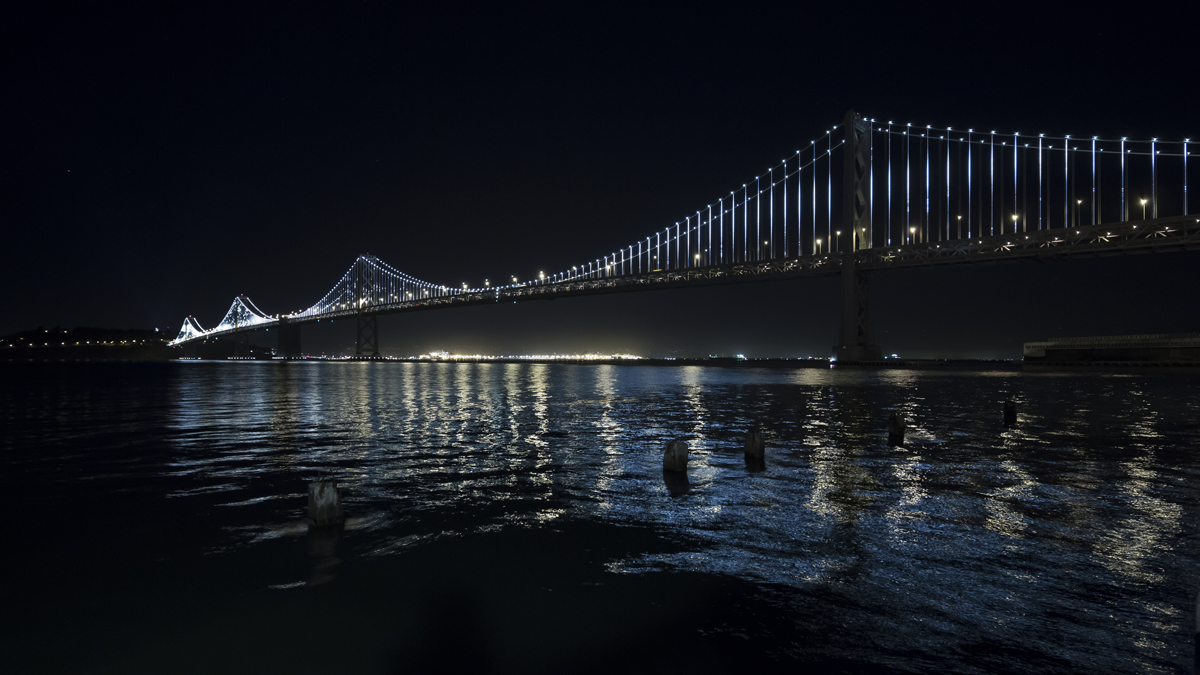 The youngest Landslide site, The Bay Lights, the world’s largest L.E.D. sculpture, created by artist Leo Villareal and installed in 2013 on the Willie L. Brown Jr. Bridge in San Francisco, will be disassembled this coming March to make way for previously scheduled bridge maintenance. Though created as a temporary work, The Bay Lights was an immediate hit, spurring a movement to make it permanent  and prompting its inclusion on Landslide. The non-profit that commissioned the work, Illuminate the Arts, mounted a fundraising campaign to raise $4 million to re-install Villareal’s creation. In mid-December they announced that they had succeeded and that The Bay Lights would be back by February 2016. In addition, the bridge’s overseer, the Bay Area Toll Authority, will maintain the installation. In a note to TCLF Villareal wrote: “So much appreciate your support. You all brought great attention to the project at a key moment. With gratitude. Leo”

The oldest site included in this year’s Landslide, the Wells Petroglyph Preserve in New Mexico, with thousands of carved images dating back up to 7,500 years ago, got a huge boost. The Archaeological Conservancy, the only national, non-profit organization that identifies, acquires, and preserves the most significant archaeological sites in the U.S., acquired 25 acres of the Preserve in December. The Albuquerque-based Conservancy and other land owners have already assisted the Preserve in documenting thousands of images on the mesa and this acquisition will provide a greater level of protection for this, the largest concentration of petroglyphs in the region. 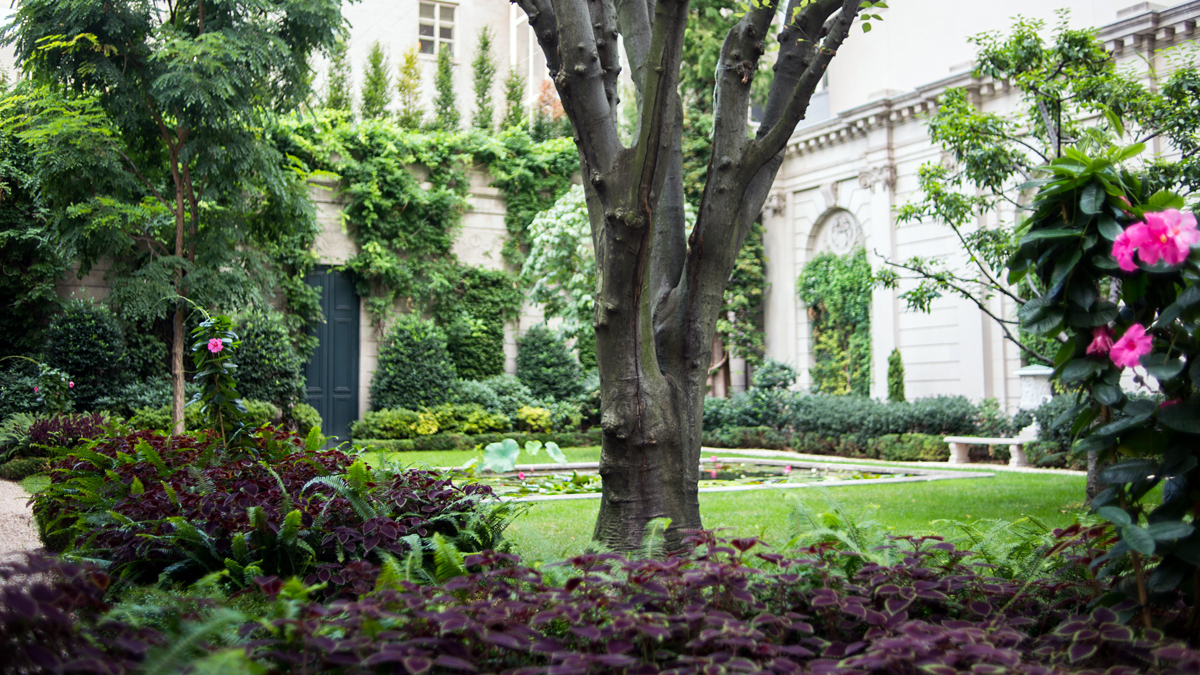 The future of the Russell Page-designed viewing garden at New York’s Frick Collection remains uncertain; however, it has gone from being a peripheral concern to becoming a focal point in opposition to the museum’s proposed expansion. The advocacy organization Unite to Save the Frick has enlisted support from a wide range of the garden’s advocates including actress Isabella Rossellini, architect, artist and designer Maya Lin, former New York City Public Advocate Betsy Gottbaum, and many others. And, the issue has attracted international attention – the director of the Garden Museum in London, which will open an exhibition about Page in March, wrote to New York Mayor Bill de Blasio about Page and the garden’s significance; and, the Chairman of the Garden History Society, also in London, wrote de Blasio to express the organization’s opposition to the garden’s demolition. Procedurally, the Frick’s proposal goes before the New York City Landmarks Preservation Commission early this year. We’ll continue to provide updates. 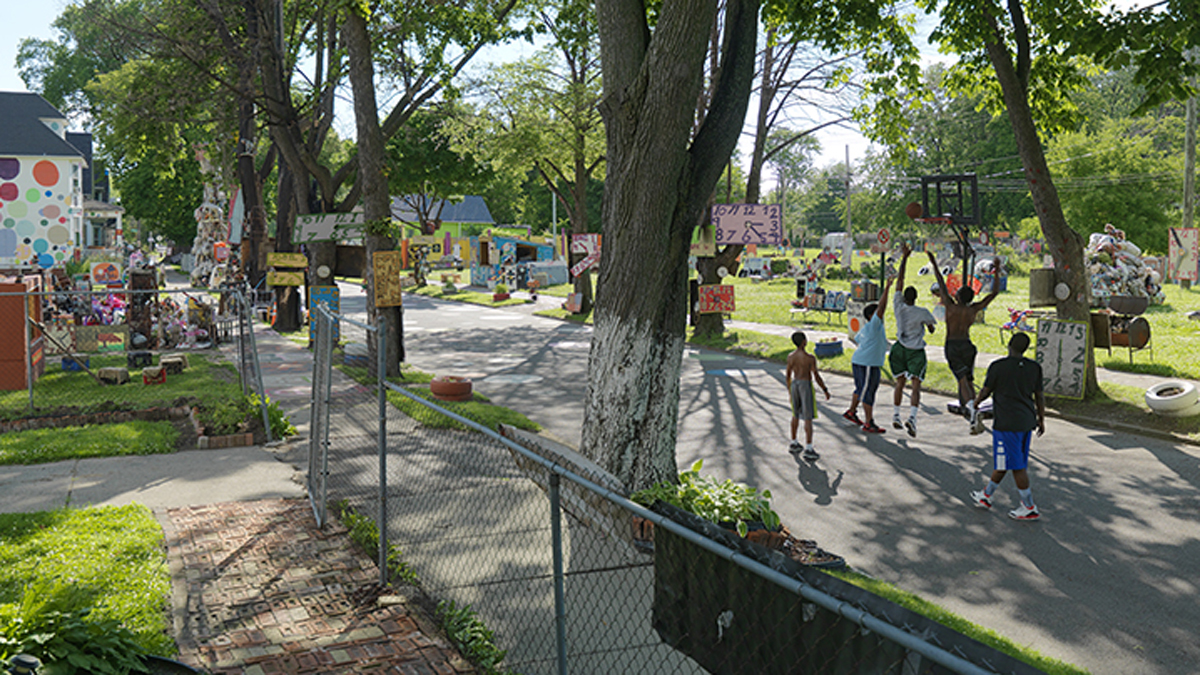 Regrettably there was less good news at Detroit’s Heidelberg Project, which was again hit by arson in late November – the twelfth attack in eighteen months. The brainchild of Tyree Guyton, the Heidelberg Project launched in 1986, transforming blighted and abandoned houses into a whimsical and colorful, large-scale, themed, folk art installation. Guyton and project organizers have vigilantly fought to keep the project alive despite the City’s demolition of half the installation and repeated vandalism and arson. The most recent fire seriously damaged the back of Taxi House. A video camera installed following an earlier fire did capture images of the arsonist, and $20,000 in rewards have been offered - $15,000 from the Bureau of Alcohol, Tobacco and Firearms and $5,000 from the Michigan Arson Prevention Committee. Despite these assaults, Heidelberg Project organizers remain undeterred and optimistic, stating on Facebook: “We know one thing better than ever: ‘You can’t burn a vision.’”

That determination is inspiring. 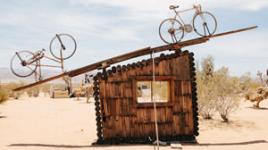