To the members of the Minneapolis Historic Preservation Commission:

The national, statewide, and local signatories to this letter respectfully request that the City of Minneapolis’ application for the Demolition of a Historic Resource – Peavey Plaza – currently before the commission, should be denied, and the property should be placed under interim protection for a period of 180 days to explore alternatives to demolition.

As the Department of Community Development and Economic Planning (CPED) staff report acknowledges, Peavey Plaza is a Historic Resource that is eligible for the National Register of Historic Places. In fact, it ranks with New York’s Central Park as one of the nation’s most significant examples of landscape architecture. In 1999, the American Society of Landscape Architects marked its centennial by awarding medals recognizing the nation’s most significant examples of landscape architecture – the awardees include New York’s Central Park, the spectacular Biltmore estate in North Carolina, and Peavey Plaza.

In their finding’s CPED staff conclude:

While there are many justifications offered by the City for demolishing Peavey, CPED staff’s report centers on budgetary issues in making its determination supporting demolition. As we learned from Ann Calvert, CPED’s principal project coordinator, in a recent issue of the Finance & Commerce, the approximate cost of the new Peavey Plaza is $10 million, making it more expensive than the $8.7 million option deemed “not financially feasible due to its cost.” In addition, the City has not publicly provided any documentation or other evidence to support the contention of an “inability to raise adequate finances for a restoration project of an identical design.” Has this “inability to raise adequate finances” been documented? If yes, then has it been verified and how was that verification conducted? If this “inability to raise adequate finances” has not been documented, then on what basis was this determination made and how is it supportable?

To further confuse the issue, the CPED staff report talks about funding “an identical design” while the City’s demolition permit request includes a “replacement” budget that both replaces existing features and adds new features such as an accessibility ramp, an option different from “an identical design.” The two are seemingly being treated as identical, but they’re not. If the issue is the $8.7 million “replacement” option, then the “identical design” is immaterial and irrelevant to this discussion and should not factor into the staff’s recommendation or the commission’s vote.

We urge the commission to deny this application and to place the property under interim protection for 180 days to explore alternatives to demolition. As noted at the outset, the City’s justifications for demolition, and the Department of Community Development and Economic Planning (CPED) staff report’s endorsement of the City’s application, are clearly erroneous. Allowing the demolition would not be following the law, and with all due respect to the Historic Preservation Commission, a vote to approve the City’s request for the Demolition of a Historic Resource would be an abuse of the commission’s discretion.

Thank you for your attention and consideration. 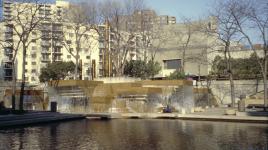 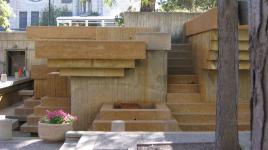