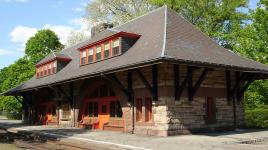 In the early nineteenth century, Oliver Ames began the manufacturing of shovels in North Easton, Massachusetts, a small village south of Boston. Business surged when the company, then managed by his brother, was appointed to make the shovels for the Union army and the transcontinental railroad. To recognize these early family entrepreneurs and to give the town a more refined character, in the late 1870s, the next generation of Ames leaders commissioned several public buildings—a town hall, library, and train station—to be designed by architect H. H. Richardson with his frequent collaborator, Frederick Law Olmsted, Sr. In 1882 Olmsted, Sr., was further commissioned to design a Civil War Memorial at the road junction fronting Town Hall.

To complement Richardson’s Oakes Ames Memorial Hall, set atop a rocky hill at the town’s core, Olmsted designed wide stairs and landings while cloaking the exposed surrounding boulders with wild shrubs and vines. At the triangular island between roads leading to Town Hall, Olmsted designed a memorial cairn (known as the “Rockery”) after ancient Gaelic memorial stone mounds. He intended the cairn to recall the remnants of an old bastion with an arched passage through it, topped by a flagpole, its boulders draped by vines and crevices filled with rock plants, to which the community would add stones yearly in commemoration of those lost. Instead, what was built profoundly dismayed Olmsted as a “rude and ungainly jumble of rocks,” never enveloped with plantings as intended.

North Easton Railroad Station, with architectural details characteristic of other regional stations designed by Richardson, features a simple harmonizing landscape by Olmsted. The station is now home to the Easton Historical Society and Museum. The H. H. Richardson Historic District of North Easton, which includes five structures and their associated landscapes, was designated a National Historic Landmark in 1987. 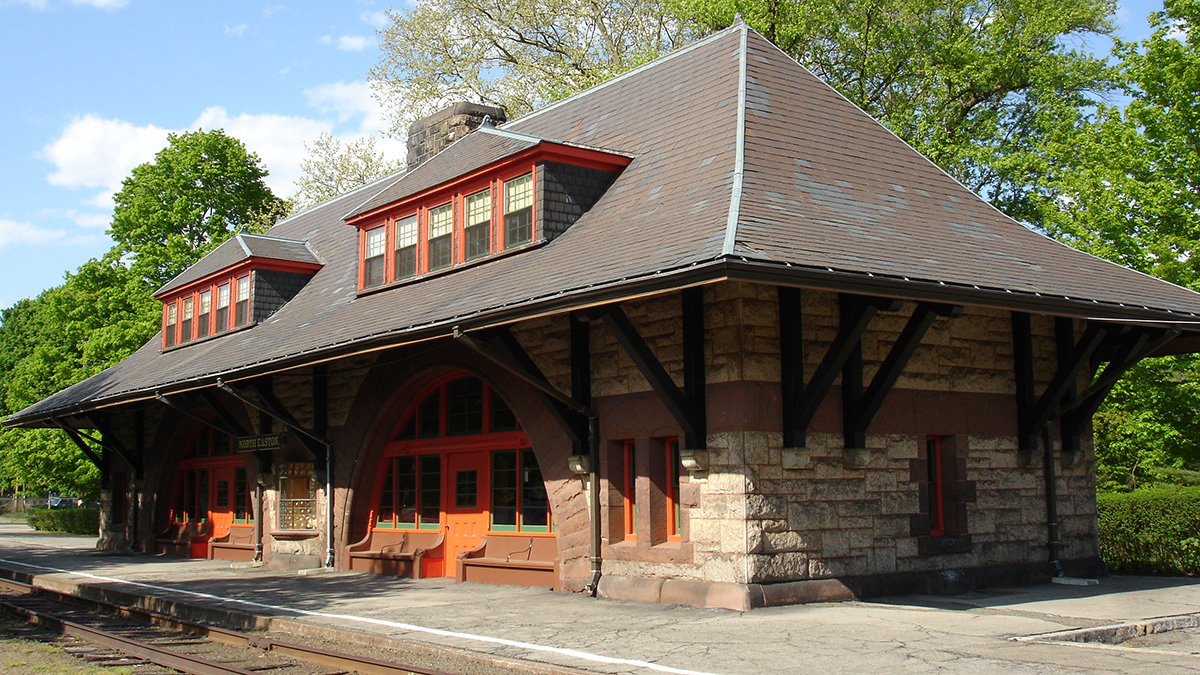 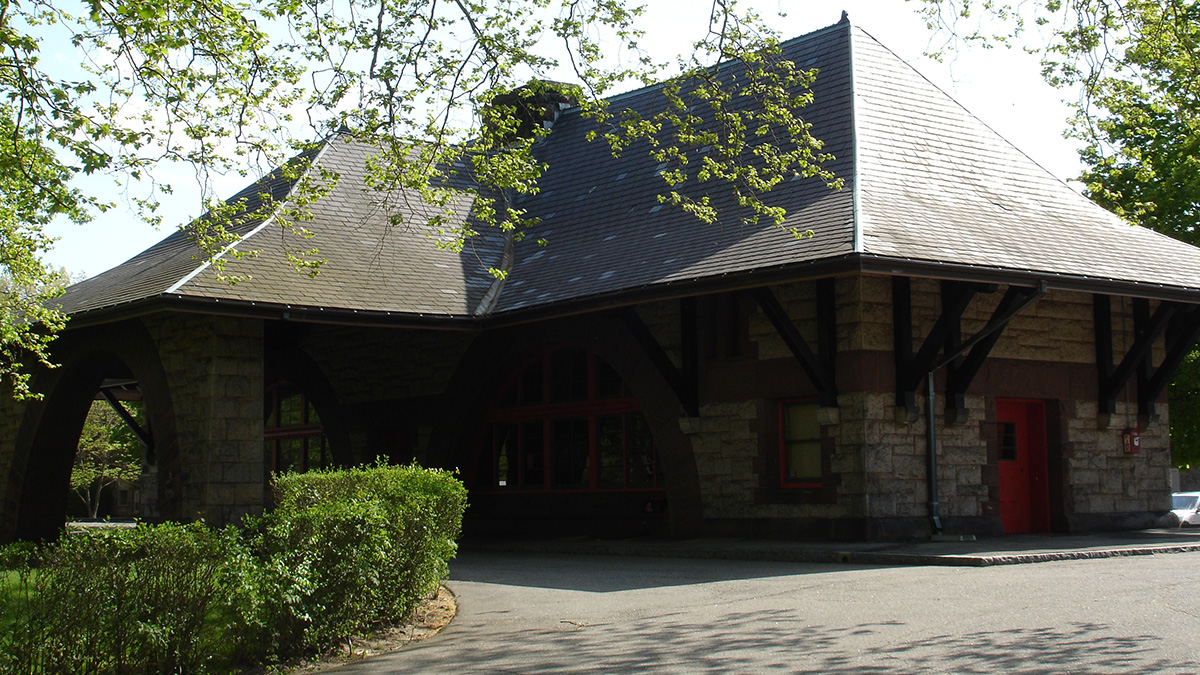 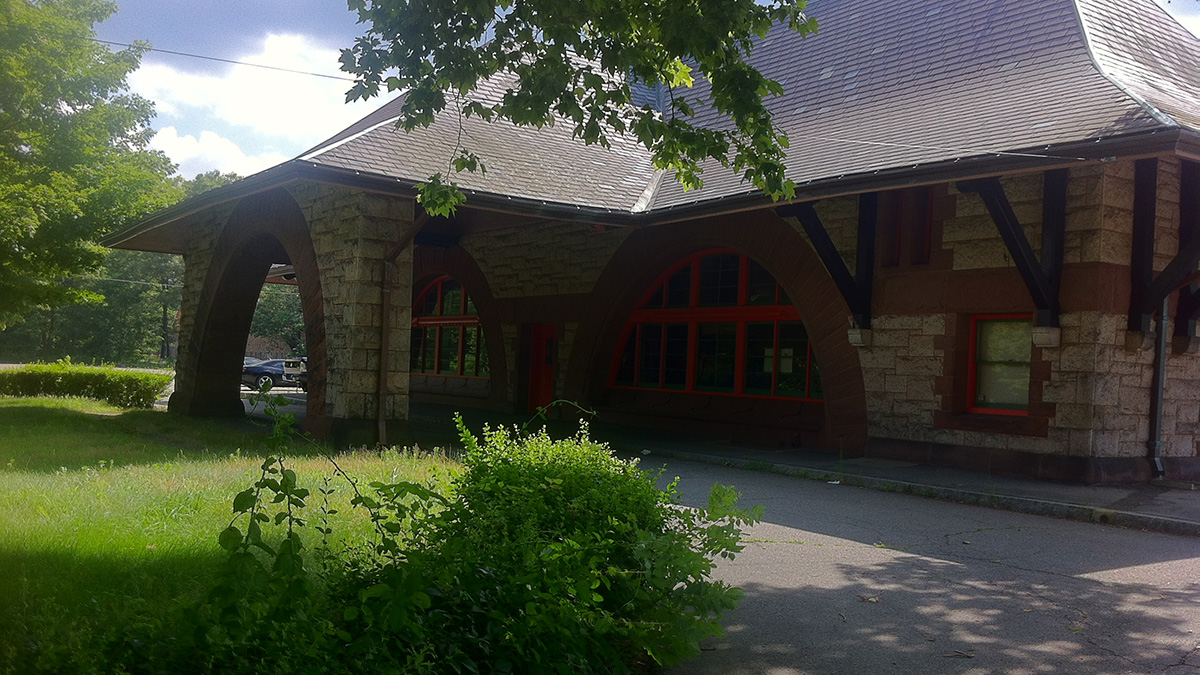 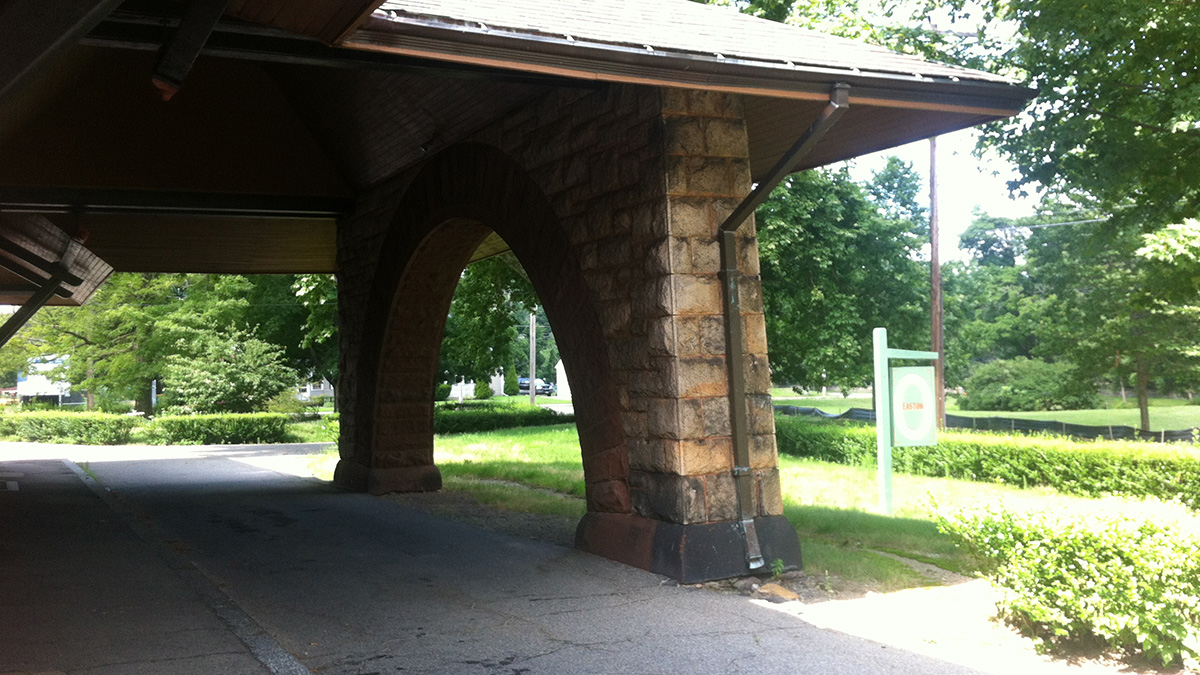 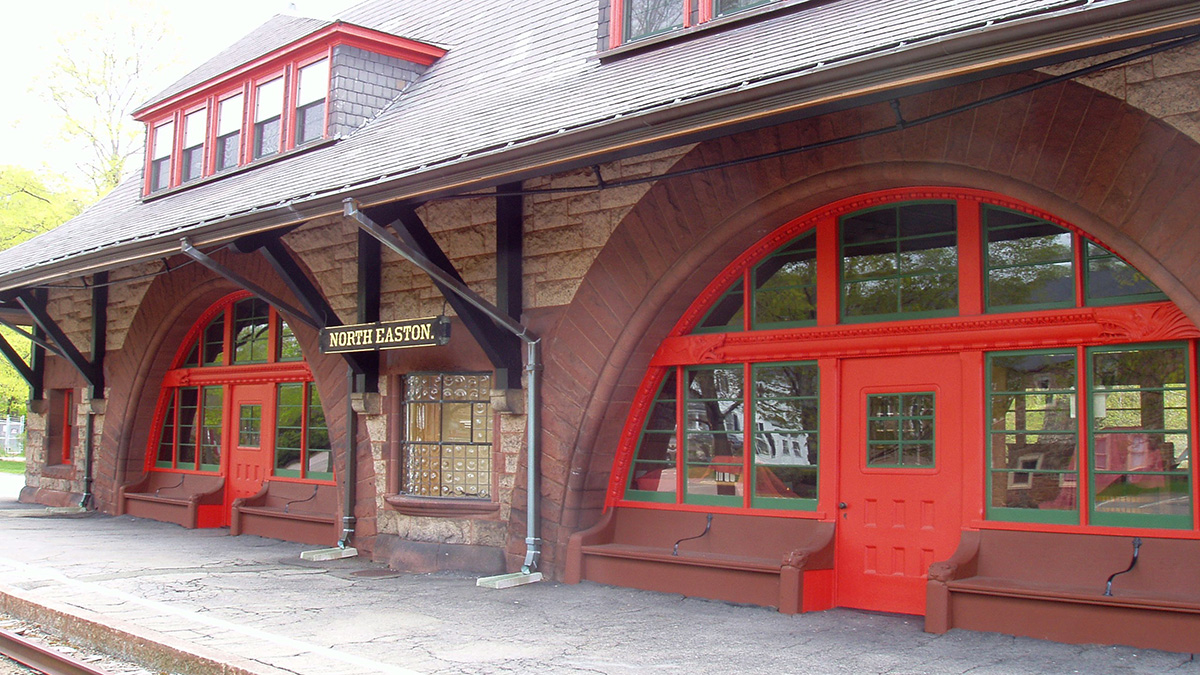 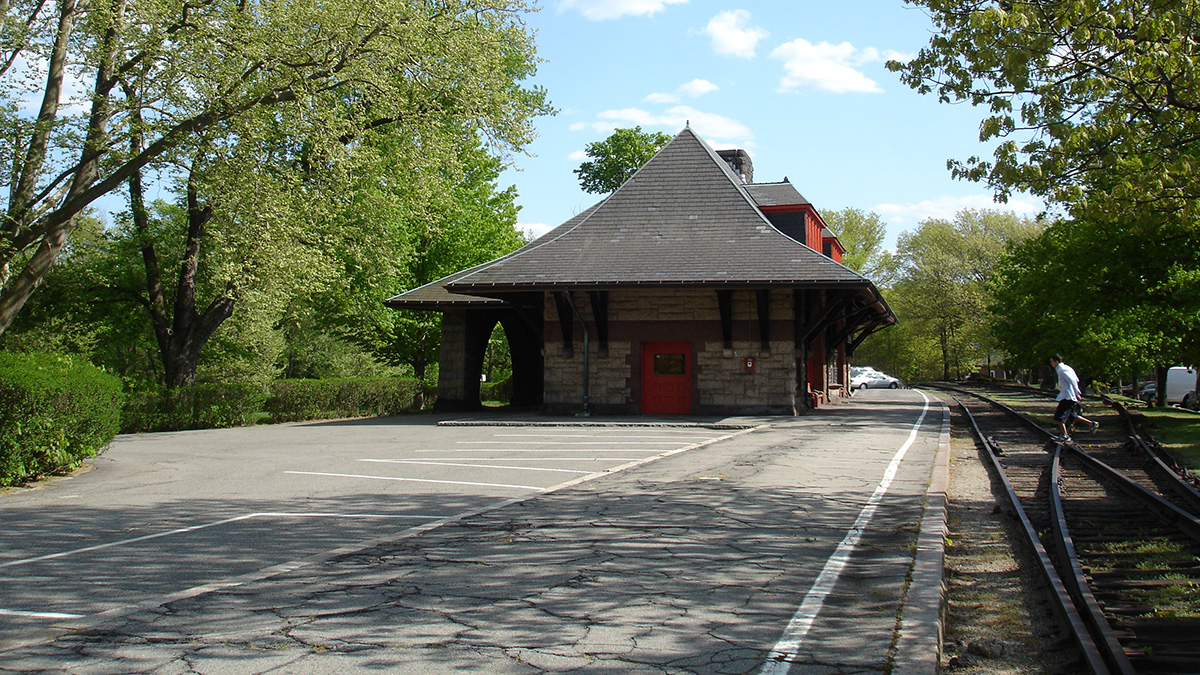