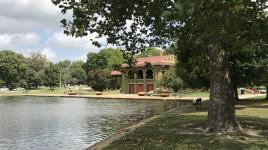 The former estate of Colonel John O’Fallon, this site once offered sweeping views of the Mississippi River and held the family’s home, mausoleum, and stables. A 158-acre tract of O’Fallon’s land was purchased by the city of St. Louis from family heirs in 1874 and became an anchor supporting the city’s northward expansion. One of three public parks established by city ordinance in 1874, O’Fallon Park officially opened in 1908.

Originally, O’Fallon Park occupied 125 acres of open green space. Displeasure about the unkempt nature of the park spurred development and refinement, resulting in the creation of a five-acre lake with a central planted island and curvilinear roads laid out by local architect and landscape engineer Francis Tunica, followed by construction of a music stand and observation tower (both since demolished). Landscape architect George Kessler, who designed much of St. Louis’ comprehensive park system, added an Art Deco-inspired boathouse in 1913 to complement a sister structure in Carondelet Park. The dramatic, rolling terrain is formed by ground that was removed to form the lake, creating a hilly landscape that undulates through the park’s footprint.

In 1956 the construction of Interstate 70 and associated circulation roads encroached on the park’s north side. In 1964 Layton, Layton & Associates landscape architects opened a panoramic view to the Mississippi river bottom. The start of the 21st century marked a new era of park development, characterized by the addition of a community recreation complex and a universally accessible playground. In 2021, a redevelopment plan for the park resulted in upgraded infrastructure, boathouse rehabilitation, and the reinstatement of rowboat rides in the lake – an activity that had been abandoned in the 1970s. Originally used as a “driving park,” O’Fallon Park now serves passive park uses such as walking, jogging, picnicking, and fishing, and active recreation such as tennis, football, and basketball. The park maintains a balance between expansive open parkland and shady areas defined by clusters of mature canopy trees. 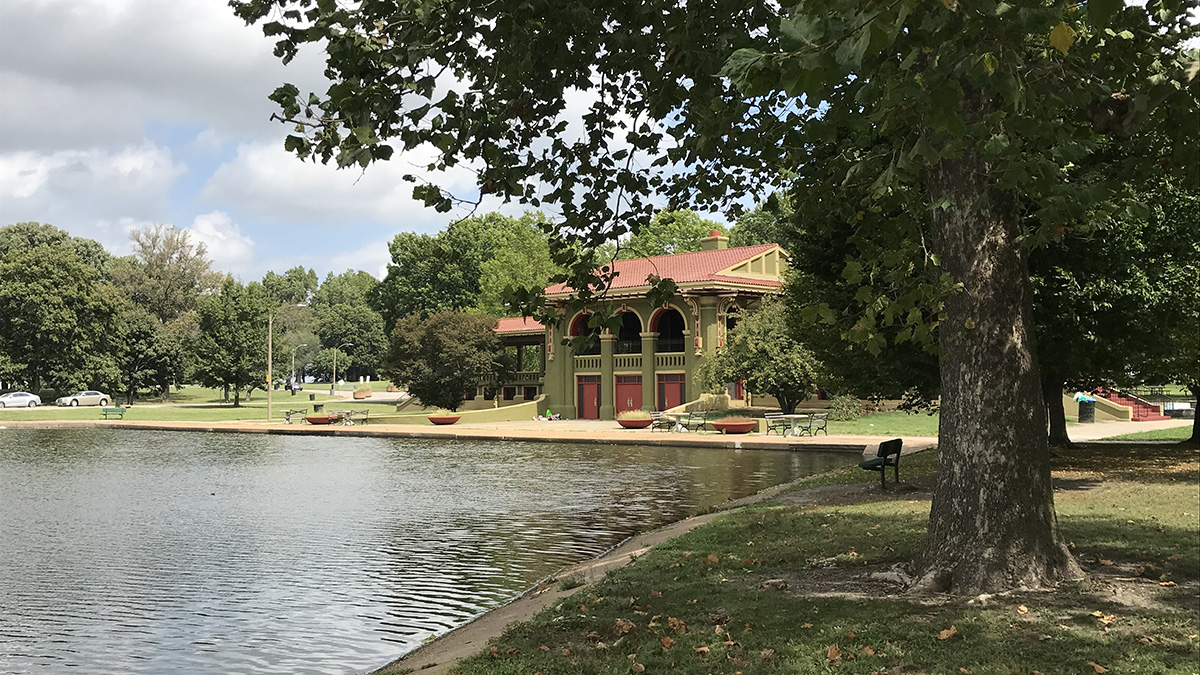 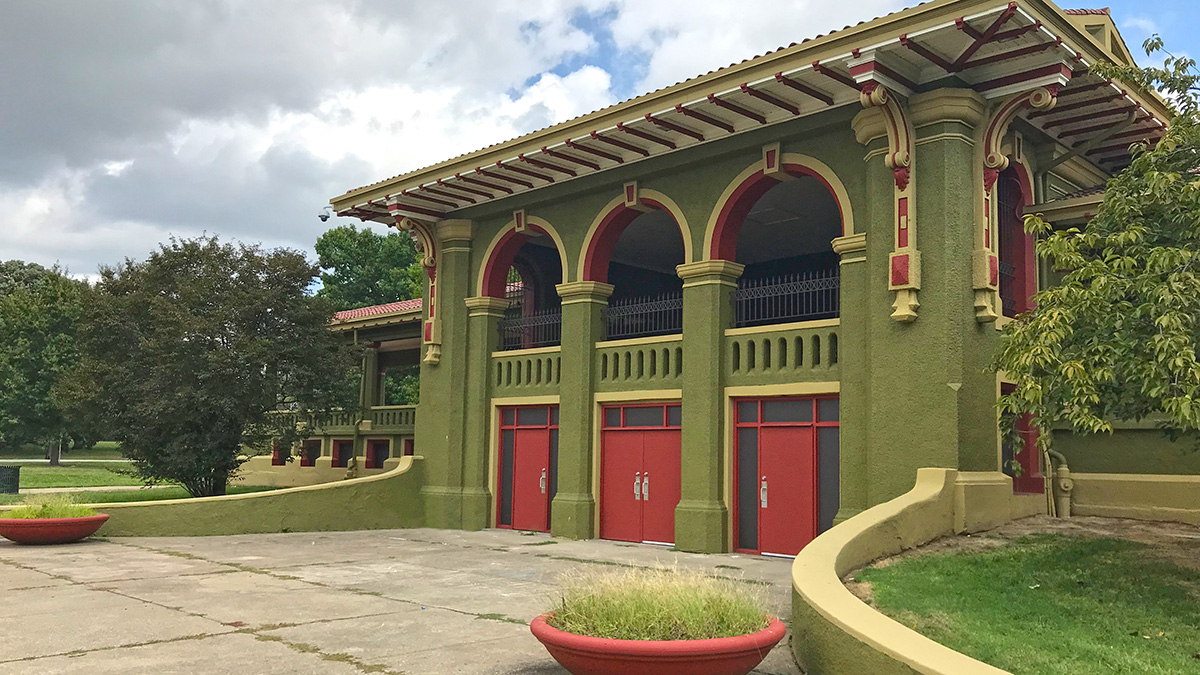 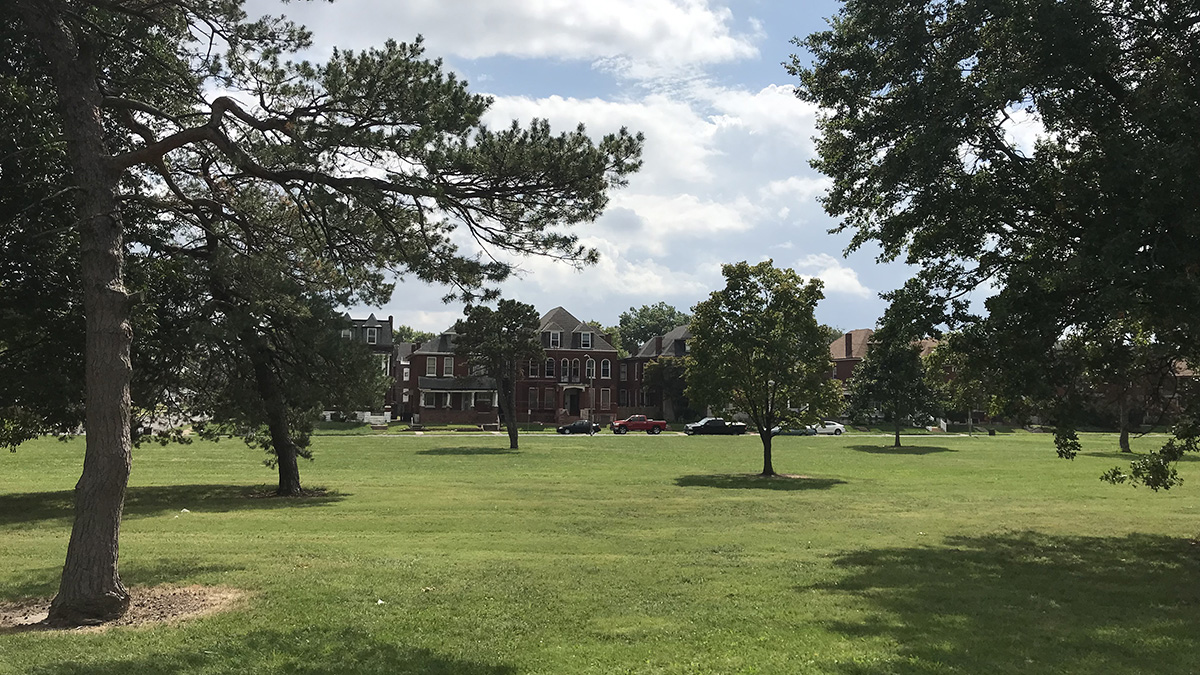 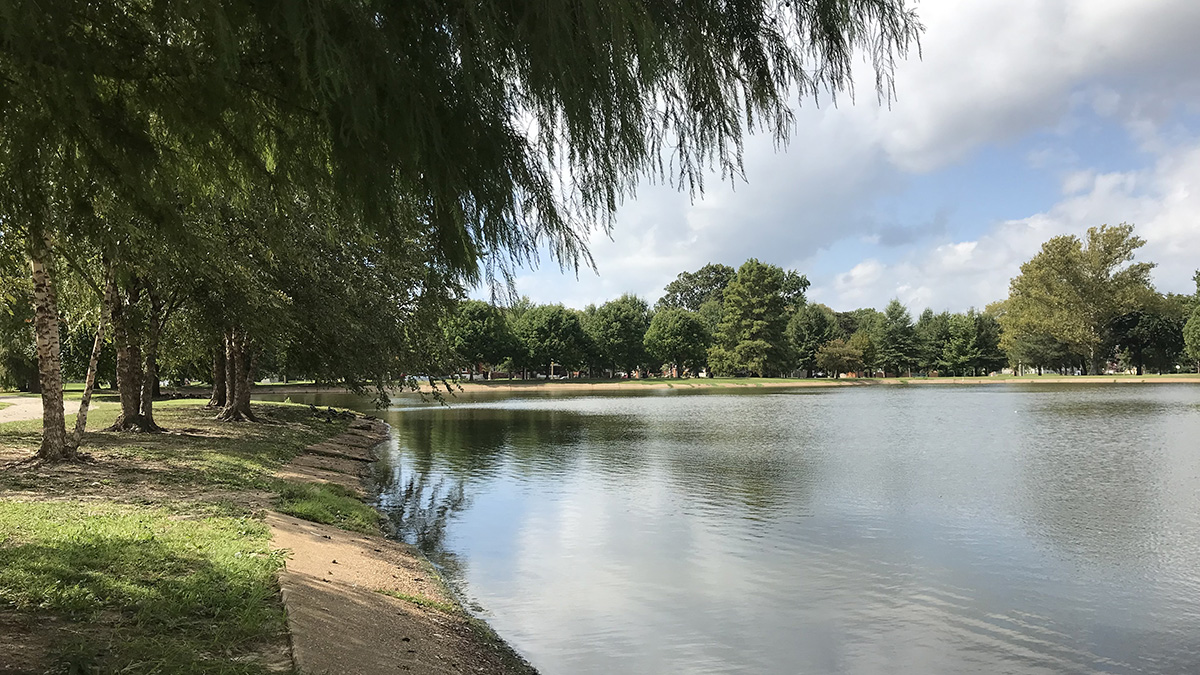 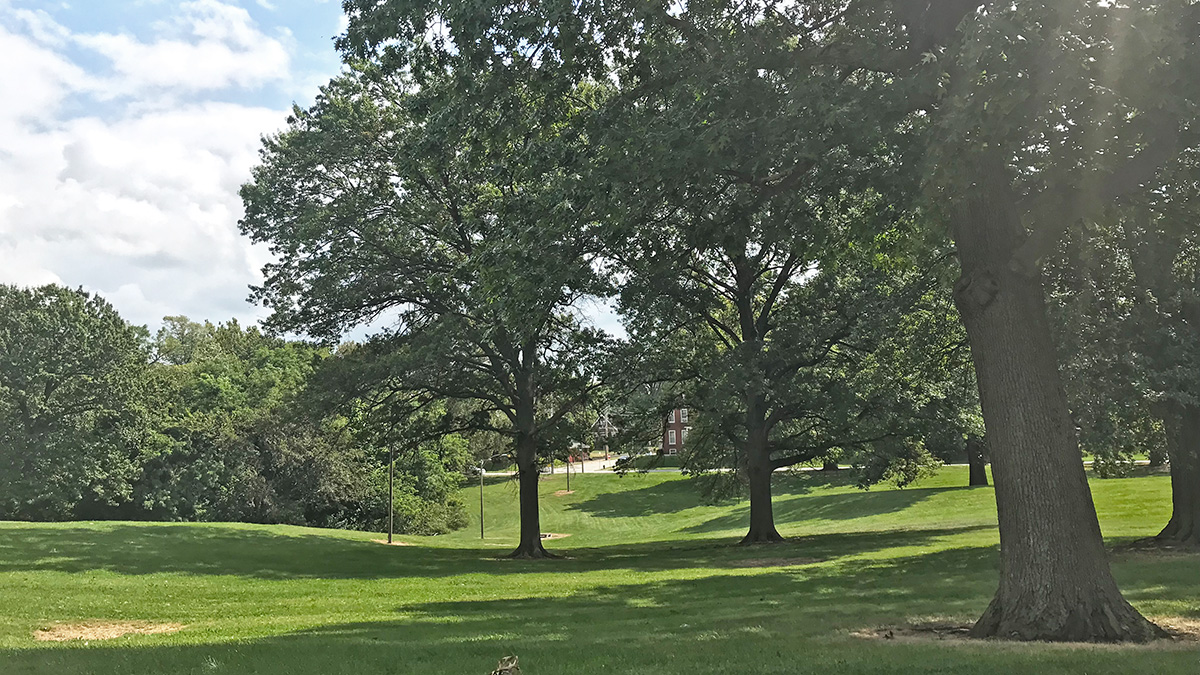 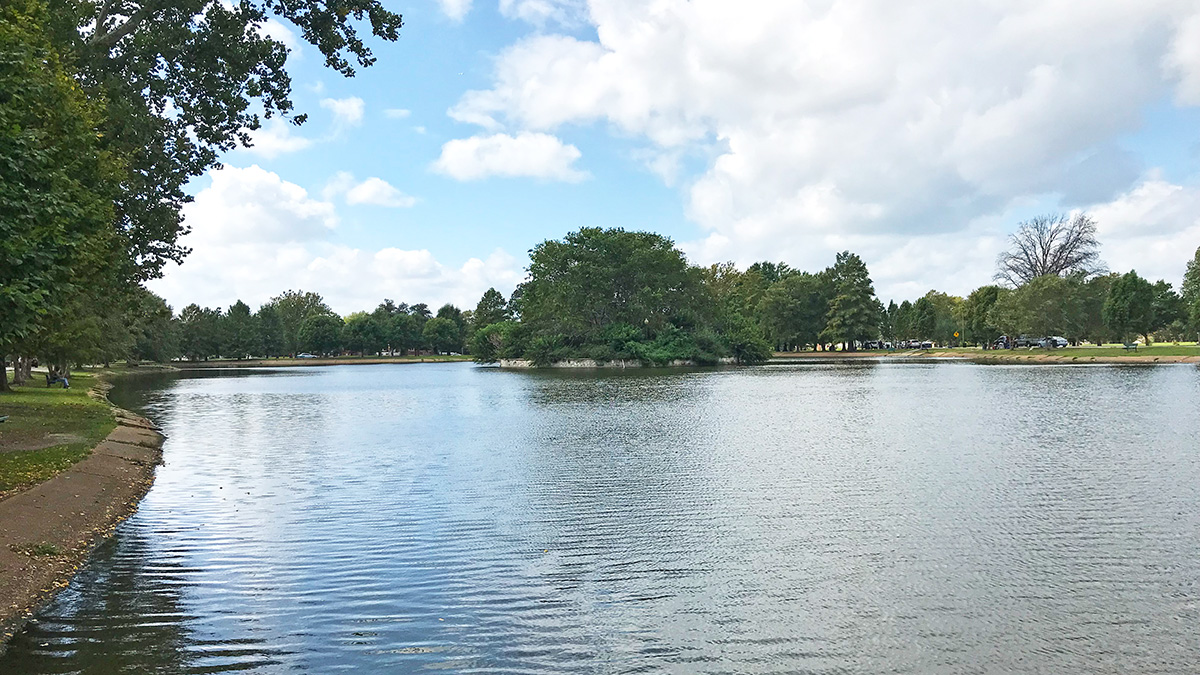 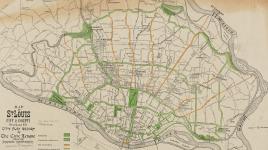 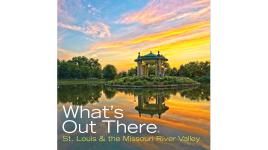 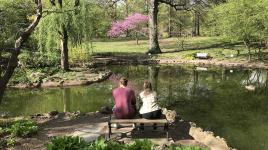