Up to One Hundred Historic Trees to be Felled at California’s Capitol
Jan 05, 2021

A proposed construction plan would eliminate or relocate dozens of trees, some more than a century old, in the National Register-listed California State Capitol Park in Sacramento.

Conceived in 1860 on four blocks adjacent to the California State Capitol building in downtown Sacramento, Capitol Park features memorials to significant California events, as well as hundreds of trees from around the world. 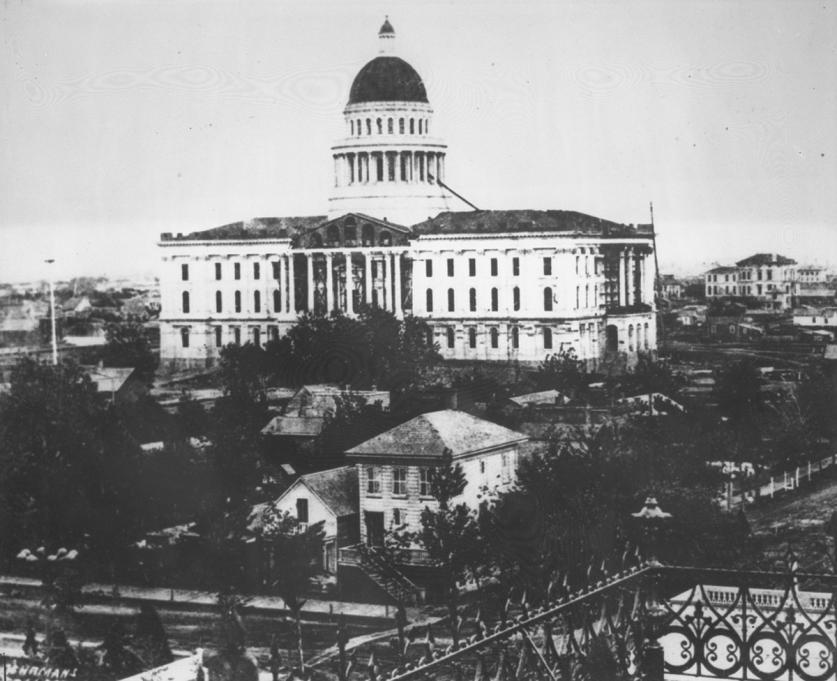 By the early 1870s, the landscape was regraded and terraced using silt from the bed of the Sacramento River, and geometric paths were laid out to connect planting beds. William O’Brien, first State Capitol Gardener, set out to develop a landscape with dozens of trees from “every nation on earth.” Under the guidance of the Capitol Park Commissioners, O’Brien surveyed and designed the grounds, which were completed concurrently with the Capitol building, constructed between 1861-74. In 1884 a pavilion and race track were constructed to host state fairs; the site of the pavilion is now host to native California plants. 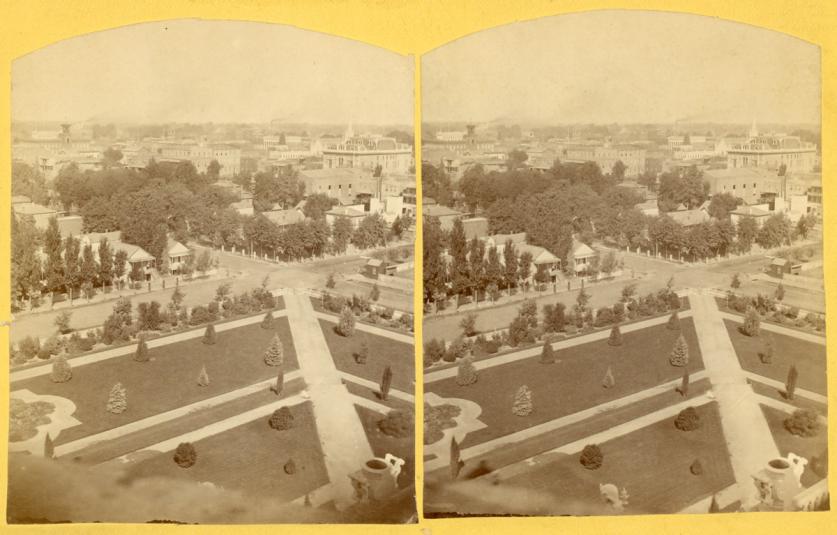 By 1908 the park included more than 800 specimens representing 80 tree species, many the first planted in a United States arboretum from locations below the Tropic of Cancer. The park became a popular site for horticultural professionals researching the types of trees that might thrive in their home states, for professors and students studying tree species, and as a place of shade and respite for the general public in a bustling downtown setting.

The park's design continued to evolve as it grew over the course of the 20th century to today’s 40 acres across twelve city blocks, including significant renovations in 1948-51, coinciding with the construction of the Capitol building annex. The landscape currently contains 864 trees, including 210 distinct species, some of which are the original plantings from the 1870s, including Deodar Cedars grown from seed imported from China. 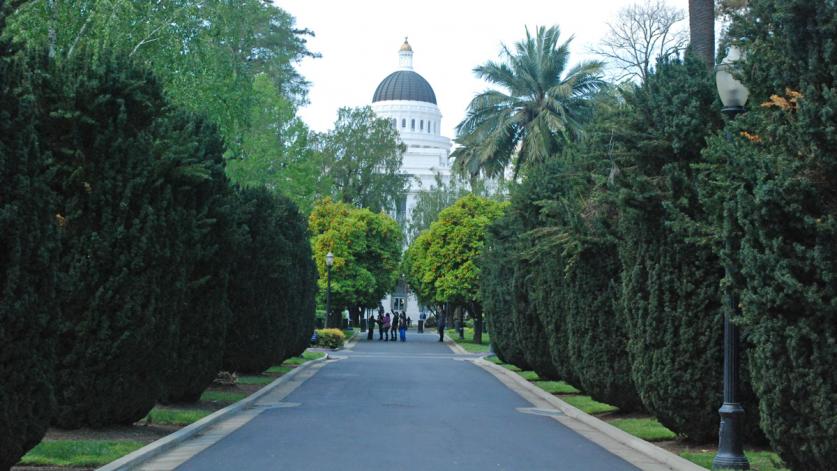 The grand canopy of older and long-lived tree species (as well as younger replacements) provides consistent shade. In addition to passive recreation, the grounds are host to many large-scale events, including weddings and state-related celebrations or protests. The park also features a number of memorials, including the Civil War Memorial established in 1902 by the Ladies of the Grand Army of the Republic. The California State Capitol, including the park grounds, was listed in the National Register of Historic Places in 1973.

Completed in 1952, the eastern portion of the State Capitol Building (the “East Annex”) is in need of renovations, including necessary code upgrades, improved ADA accessibility, and replacement of original mechanical and electrical systems. In 2016, the Joint Rules Committee of the California Legislature elected to fund the Capitol Annex Project, which will demolish and reconstruct the East Annex, excavate the West Plaza to create a visitor center to the west of the 1860s portion of the Capitol Building, and to excavate for an underground parking garage in the park. The construction of these new building components will result in the removal, elimination, or relocation of approximately 100 of the park’s trees, including many of its larger and historical examples. 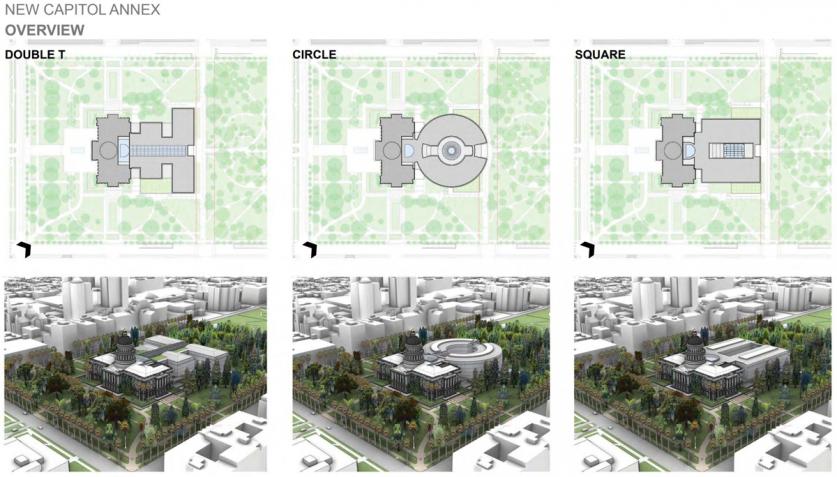 At this time, no plan has been published to let the public know which trees will be impacted by this proposal, and there has been little to no opportunity for the public to weigh in on redevelopment plans for this National Register listed, state-owned park and government building complex. The California Department of General Services oversees changes to the park under the oversight of the legislature. Legislature has written that it is not subject to oversight by the California State Historic Preservation Office (SHPO), and has not submitted the project proposal to the SHPO for review. 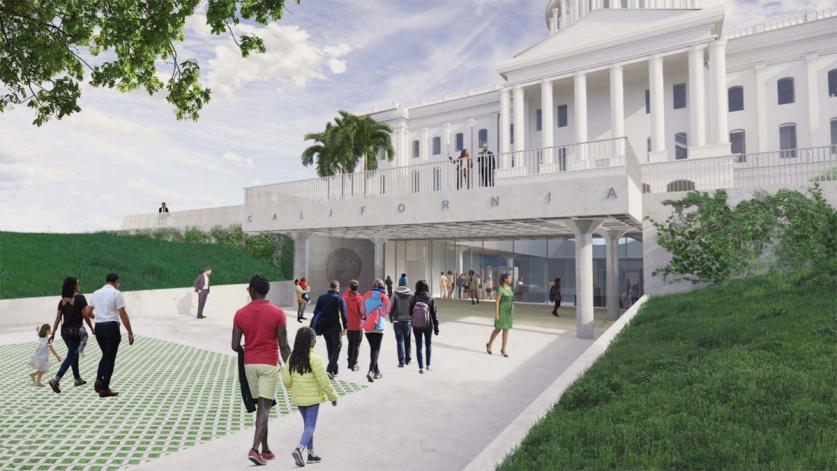 Many citizens’ organizations have had their members write to legislators opposing the project and proposed damage to the park, but to date, there is no evidence that project momentum has slowed. The three proposed new building components were authorized and funded in July of 2018 and planning and design is now underway, and the Environmental Impact Review is set to be certified this month (January 2021). Construction on the visitor center could start as early as summer of 2021.

Sign the petition to save California State Capitol Park.

Contact the Governor and State Legislators to hold them accountable for these proposed changes to a National Register listed landscape.

Stay informed about the proposal and what you can do to help as the project progresses. 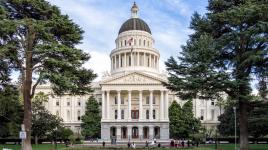