Minneapolis’ Peavey Plaza, a Modernist “park/plaza” designed by award-winning landscape architect M. Paul Friedberg, is again at a critical juncture and its design integrity is threatened.  This is happening despite a proposed demolition in 2012 that was halted following a lawsuit filed by TCLF and the Preservation Alliance of Minnesota, which was settled out of court, and the listing in January 2013 of Peavey Plaza in the National Register of Historic Places, where it was deemed “a nationally important Modernist landscape.”  Under the terms of the lawsuit settlement, the city agreed to repair and update the plaza following applicable historic preservation standards, specifically the Secretary of the Interior’s Standards for the Treatment of Historic Properties and the Guidelines for the Treatment of Cultural Landscapes.  A recent review of the city’s rehabilitation plans by the Minnesota State Historic Preservation Office (SHPO), however,  found questionable treatment of a number of historic features as well as the addition of new features that are incompatible with standards that guide the treatment of sites listed in the National Register and Peavey’s distinct Post War Modernist design style. The SHPO review revived public interest in the future of Peavey Plaza, including a July 6, 2017 article in the Minneapolis Finance and Commerce –“Latest Peavey Plaza designs raise concerns.” 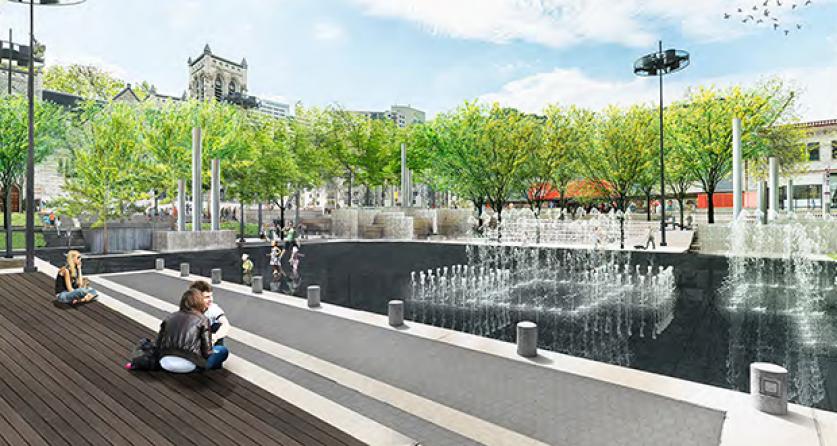 In the current proposal additions include a scrim in place of the signature pool basin, water jet sprays in the pool basin area, bubblers within the existing runnels, and the introduction of other incompatible elements frequently associated with contemporary landscape architecture found in a tabula rasa design approach for new parks or plazas.  The July 5, 2017 letter from the SHPO to the City of Minneapolis Public Works Deputy Director and City Engineer notes that the bubblers, the water jet sprays in the pool area, and numerous other proposed changes are incompatible with the historic park.  Since this is a Modernist landscape – with specific visual, spatial and material characteristics associated with the original design that collectively contribute to its significance – the introduction of contemporary design features would have a profound adverse effect, one that collectively diminishes the integrity of Friedberg’s design. 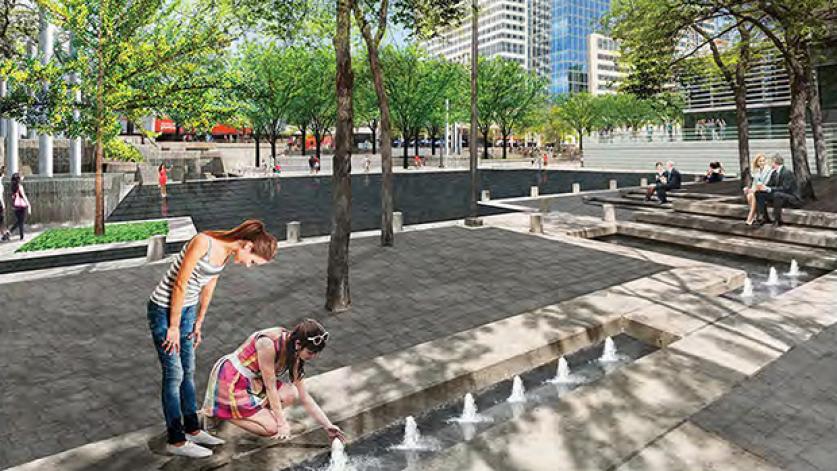 It is also important to contextualize Peavey within the most significant works in Friedberg’s career canon.  Of the hundreds of projects Friedberg designed during his more than half-century of practice, four projects are recognized as his most important:

“Peavey Plaza helped establish Friedberg’s reputation as a leader in the profession, which was undergoing a monumental change as designers rejected traditional picturesque ideals and embraced Modernism. The hard-edged urban landscapes they produced were radically different from anything that had come before” [emphasis added].

It is precisely the style, geometry, form giving, and materials of Modernism, a specific design language found during the Post War period, which should inform the proposed work – one that is best viewed through the lens of the seven aspects or qualities of integrity (as defined by the National Park Service) – location, design, setting, materials, workmanship, feeling, and association. We believe such a framework, one that balances both design and historic preservation values, is essential before the impact of individual features can be addressed.

When considering the current design proposals within Friedberg’s body of work and by recognizing that Peavey Plaza is an exemplar of Post War Modernist landscape architecture – this impact is magnified. The proposed landscape features included in the current design proposal can also be found in present-day civic projects throughout the U.S. and globally, and they are popular; however, here at Peavey they are wholly incompatible with this iconic Modernist design, one of Friedberg’s most important surviving works and one of national significance. 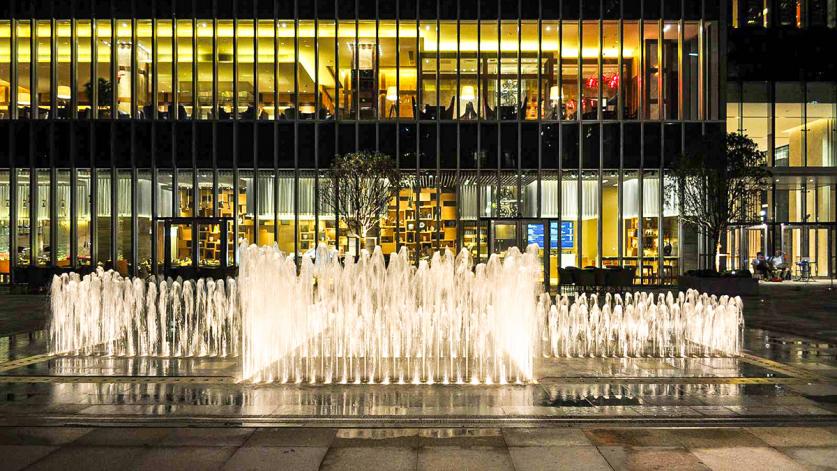 The city restarted its planning for Peavey Plaza after the lawsuit by commissioning a Historic Structures Report, which was completed in December 2015 by Miller Dunwiddie Architecture and Damon Farber Landscape Architects. This report provides a clear approach to revitalizing Peavey Plaza without destroying or diminishing this iconic work of landscape architecture.

The proposed plan seems to be inconsistent with the agreement.  To advocate for an appropriate rehabilitation of Peavey Plaza, one that does not include contemporary features incompatible with this Modernist gem, please contact the following: 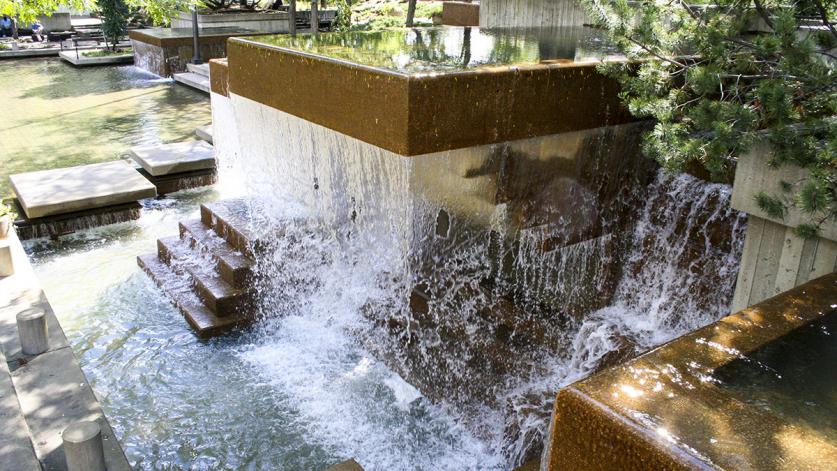 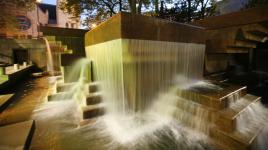