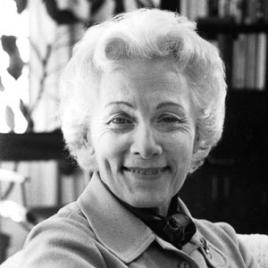 Born in Charlotte, North Carolina, Henderson grew up in Atlanta, Georgia. She graduated from the Lowthorpe School of Landscape Architecture in 1934 and obtained her B.S. from Simmons College in that same year. She then returned to Atlanta, where, with Grace Campbell, she opened and developed her professional practice. In 1936, she was appointed the director of the newly established Garden Center, supported by and located in Rich’s Department Store in downtown Atlanta.

During her five-decade career as a landscape architect, Henderson performed over 10,000 consultations with clients. Some of her most important projects are the Clark Howell Homes public housing project, the grounds for MARTA, and the First Presbyterian Church of Atlanta. In addition to designing numerous residential gardens in the Atlanta area, in 1940 she began writing a weekly garden column in the Atlanta Journal Constitution, providing practical design advice to readers and featuring gardens on which she had consulted. Her column continued as a popular regular feature until 1978, and she also wrote articles for Veranda and Southern Accents magazines. In 1971 Henderson received the Oakleigh Thorne Medal of Excellence in Landscape Architecture from the Garden Club of America. In 1976 she became the first woman to be elected an officer of the American Society of Landscape Architects, serving as the organization's vice president. She later served as a member of the Society’s Board of Directors, as well as chair of the Council of Fellows, to which she was elected in 1968. Henderson died in Atlanta on October 12, 2005, of complications from Alzheimer’s disease. 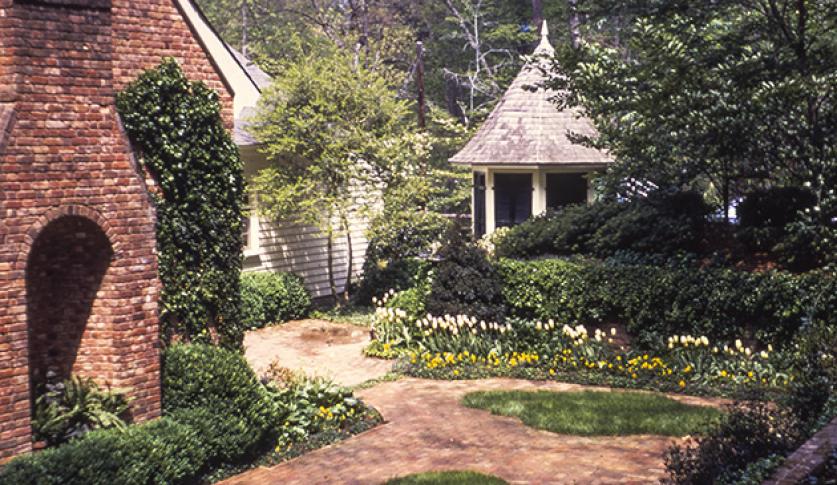 Edith Harrison Henderson was born on June 9, 1911, in Charlotte, North Carolina, and moved with her family to Atlanta, Georgia, in 1925, when her father was transferred by the American Telephone and Telegraph Company.  After graduating from the North Avenue Presbyterian School, she received a diploma in March 1934 from the well-known Lowthorpe School of Landscape Architecture in Groton, Massachusetts.  Founded in 1901 to train women in landscape architecture and horticulture, it was one of the first colleges in the world to open the profession to women.  Because the Lowthorpe School was affiliated with Simmons College, Henderson also received a bachelor of science degree from the latter in June 1934.

Upon receiving her degrees, Henderson returned to Atlanta to develop her practice. In 1936, she was appointed the director of the newly established Garden Center supported by and located in Rich’s Department Store in downtown Atlanta. Organized by the Peachtree Garden Club, the Garden Center was a hub for garden-club activities in the metropolitan Atlanta area, offering information, lectures, exhibits, and classes pertaining to landscape design, floral design, and horticulture. In 1938, Henderson resigned due to the increasing success of her work with residential and commercial clients in private practice.

In addition to being a sought-after practitioner, Henderson was part of a national phenomenon that was sweeping early twentieth-century America: the garden-club movement. Established in 1923, Peachtree Garden Club was the first garden club in Atlanta.  As part of Georgia’s Bicentennial Celebration in 1933, the Peachtree Garden Club compiled and published The Garden History of Georgia, 1733-1933, an influential volume in Southern garden history. Joining the club in 1934, Henderson remained an active member and leader for over five decades, editing the club’s publications, The Peachtree Planner: A Garden Schedule for Atlanta and Surrounding Areas (1966) and The Peachtree Garden Book: A Month-by-Month Guide for Lawn & Garden Care in the Southeast (1982). 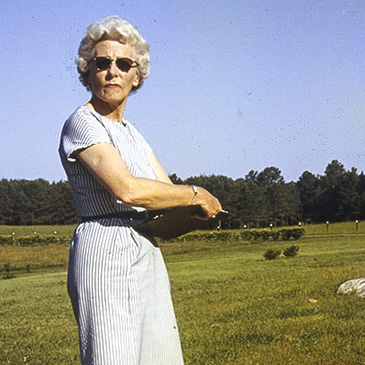 In 1936, the firm of Edith Harrison and Grace Campbell, Landscape Architects, began its first civic project: beautifying the Buckhead area of Peachtree Street.  Part of the larger Peachtree Garden Club Roadside Beautification Project, the work involved refuse disposal, road widening, installation of paved sidewalks and curbs, signage regulation, and roadside plantings. In 1939, the prominent Atlanta architectural firm of Hentz, Adler and Shutze selected Edith Harrison and Grace Campbell to develop a landscape architecture plan for Clark Howell Homes, the first public housing project to be completed by the Atlanta Housing Authority. Constructed directly adjacent to Techwood Homes, the nation’s first federally subsidized public housing project, Clark Howell Homes was a representative example of pre-World War II housing projects constructed by local housing authorities nationwide, with the assistance of the United States Housing Authority. It demonstrated the city’s early and active participation in a national effort of slum clearance and public housing construction that started during the Great Depression. As in other cities, these projects were also an important employment opportunity for architects and landscape architects, particularly women, such as Harrison and Campbell, whose numbers were few in the profession. On June 1, 1939, Harrison married Jimmy Henderson at the First Presbyterian Church of Atlanta. They would have two sons, Ross and Edward, and a daughter, Grey, who died in infancy.

In the early 1940s, Henderson began writing a Sunday column for the Dixie Living section of The Atlanta Journal & Constitution that provided practical design advice to readers, and featured gardens on which she had consulted. Her column continued as a popular regular feature until 1978 and helped readers address challenges in their residential landscapes with straightforward and cost-effective solutions. She would later write articles about landscape design for magazines such as Southern Accents and Veranda.  In 1993, Edith Henderson’s Home Landscape Companion was published. Organized by season and month, this conversational guide introduces readers to the basics of landscape design and aesthetics, including privacy, color, texture, circulation patterns, focal points, lighting, fragrance, and plant selection. Henderson’s lifelong passion for nature and design is evident throughout the work. She wrote, “Now I am writing this book so I can walk with you and give you landscape design ideas for the starkness of winter—when nature is bared to the bone and you should do your planning—as well as for the outburst of spring, the fecundity of summer, and the mellow golden season of fall. From my own lifetime partnership with nature, I want to tell my secrets for protecting and enjoying all of the growing things with which we have been blessed. Keep these secrets close by and your own lifetime partnership will have begun.” Henderson also reached myriad garden clubs, horticultural societies, and fellow practitioners through her frequent lectures throughout the Southeast from the 1940s to the 1990s.

During her five-decade career, Henderson conducted thousands of client consultations in Atlanta and throughout the Southeast. Balancing her domestic and professional responsibilities, her primary focus was residential design, and she created a vibrant consulting business. She would meet with the homeowner for a one- or two-hour consultation at the site and then produce a notebook of detailed design sketches for the property, as well as a plant list and suggestions of several local landscape contractors. At the end of the consultation, she would hand the notebook to the client and collect her fee. This practical, no-nonsense approach allowed her to reach a large number of clients, maintain control over her design work, and have flexibility in her schedule to raise her children, and to actively participate in civic groups.

Although her practice was primarily focused on residential design, Henderson also worked on institutional and commercial projects. For example, she was the lead landscape architect for the National Life and Accident Insurance Corporation Tower in Nashville, Tennessee. Henderson also designed the grounds of the Brach Candy Company in Chattanooga, Tennessee, as well as many other complexes in the Southeast. When she worked with the Edwards Bakery and Pie Company in Decatur, Georgia, she was always asked to leave her car doors unlocked, and she would find boxes of pies on the backseat following each consultation. In terms of significant city-wide projects, in the late 1970s she consulted on landscape design for MARTA, Atlanta’s public transportation system. Another significant project was the Memory Garden at the First Presbyterian Church of Atlanta, a serene space with a clean design featuring a central, elegant pool surrounded by flat stones and fine-formed hemlocks accompanied by rhododendron, azalea, holly, and a ground cover of dwarf mondo. Henderson also advised on the gardens and grounds at the Atlanta History Center and the Atlanta Botanical Garden; she and other notable civic-minded Atlantans had helped to establish the latter in the 1970s.

Edith Henderson was an impassioned advocate for the profession of landscape architecture. In 1958, she helped organize the Board of Landscape Architects for Georgia and became one of the state's first registered landscape architects.  A highly visible leader in state and local circles, she was elected "Woman of the Year" for Atlanta professionals in 1964. In 1968, Henderson became a Fellow of the American Society of Landscape Architects, and later served as the chair of the Board of Fellows. In 1976, she became the first woman in the history of the ASLA to be elected an officer (vice president), further opening doors for women in the profession. 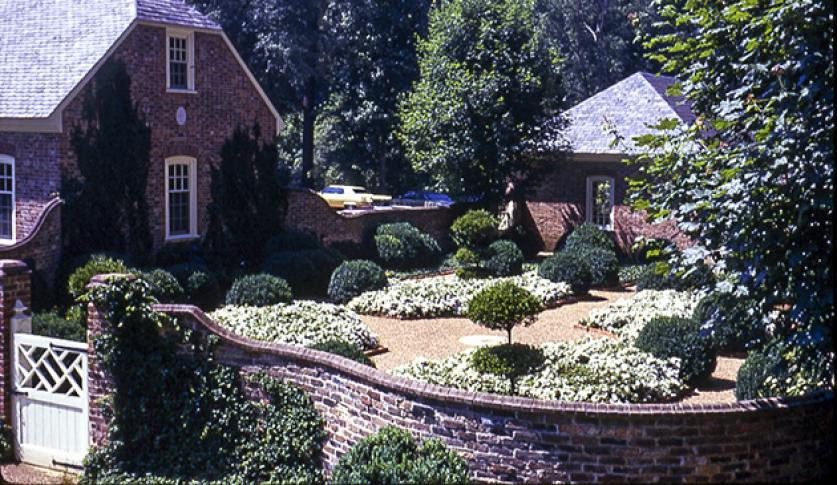 Among the many awards that Edith Harrison Henderson received during her singular career was the prestigious Oakleigh Thorne Medal for Excellence in Landscape Architecture, given to her in 1971 by the Garden Club of America. In 1972, she received an award for her dedicated service to the development of environmental excellence from the Atlanta Civic Design Commission. In 1989, she was named a lifetime trustee of the Atlanta Botanical Garden. Henderson retired in 1991 after receiving an honorary bachelor of fine arts from the Rhode Island School of Design. She died in Atlanta on October 12, 2005, of complications from Alzheimer’s disease. 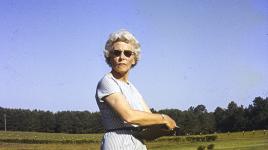 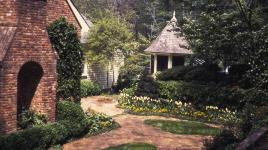 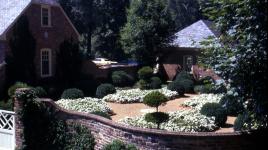 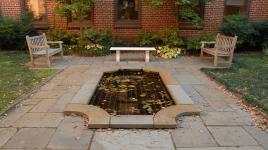 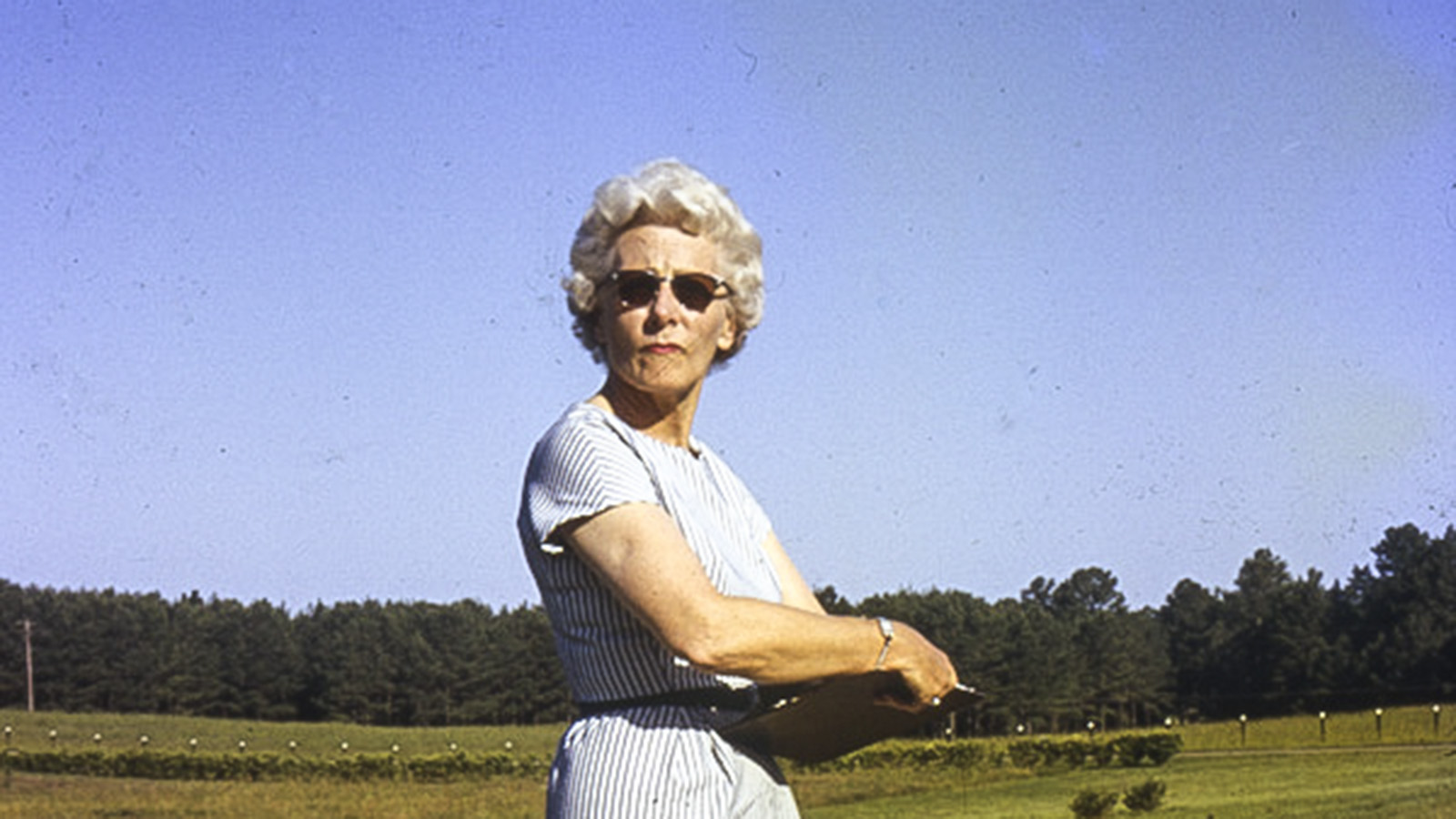 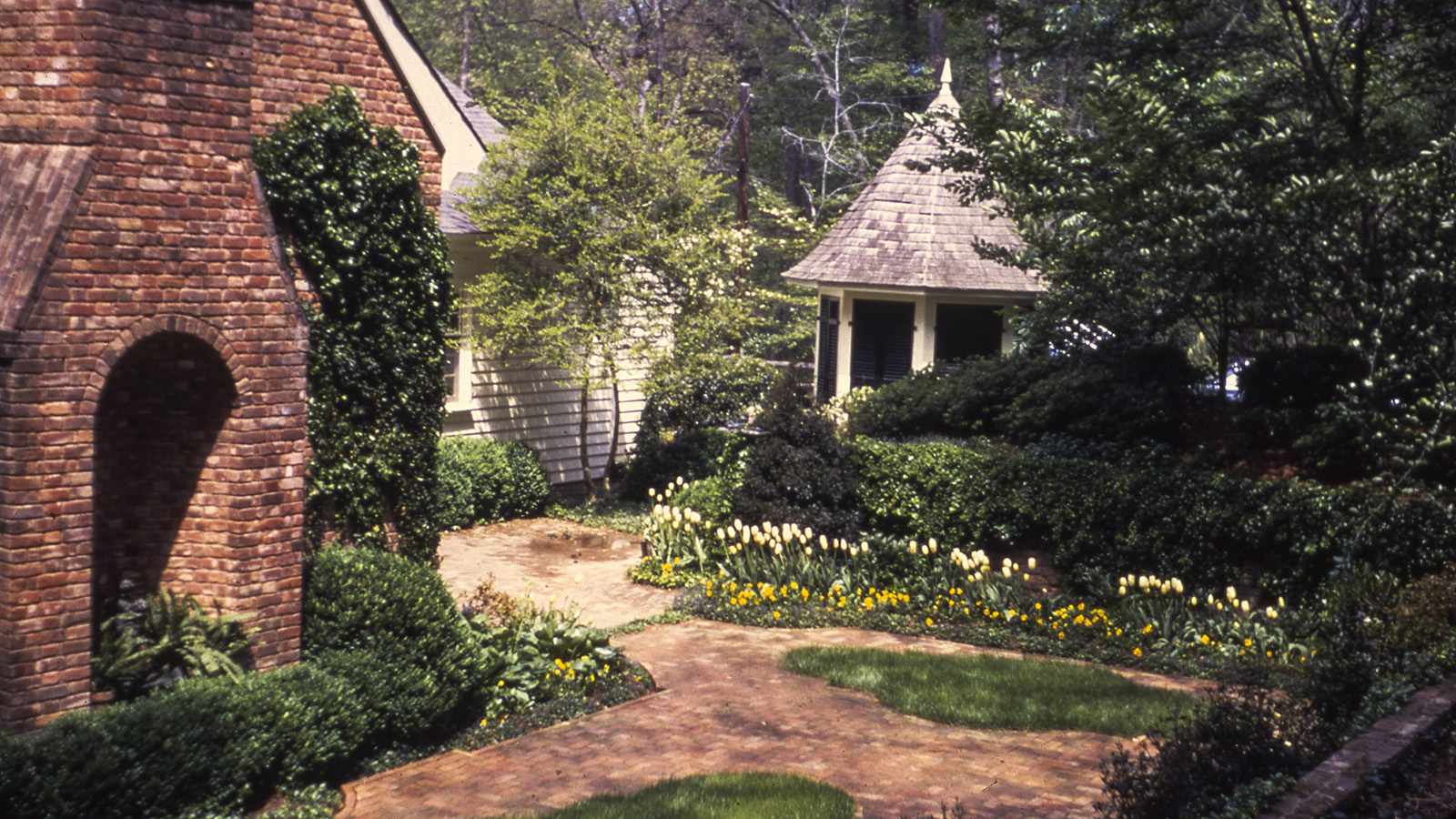 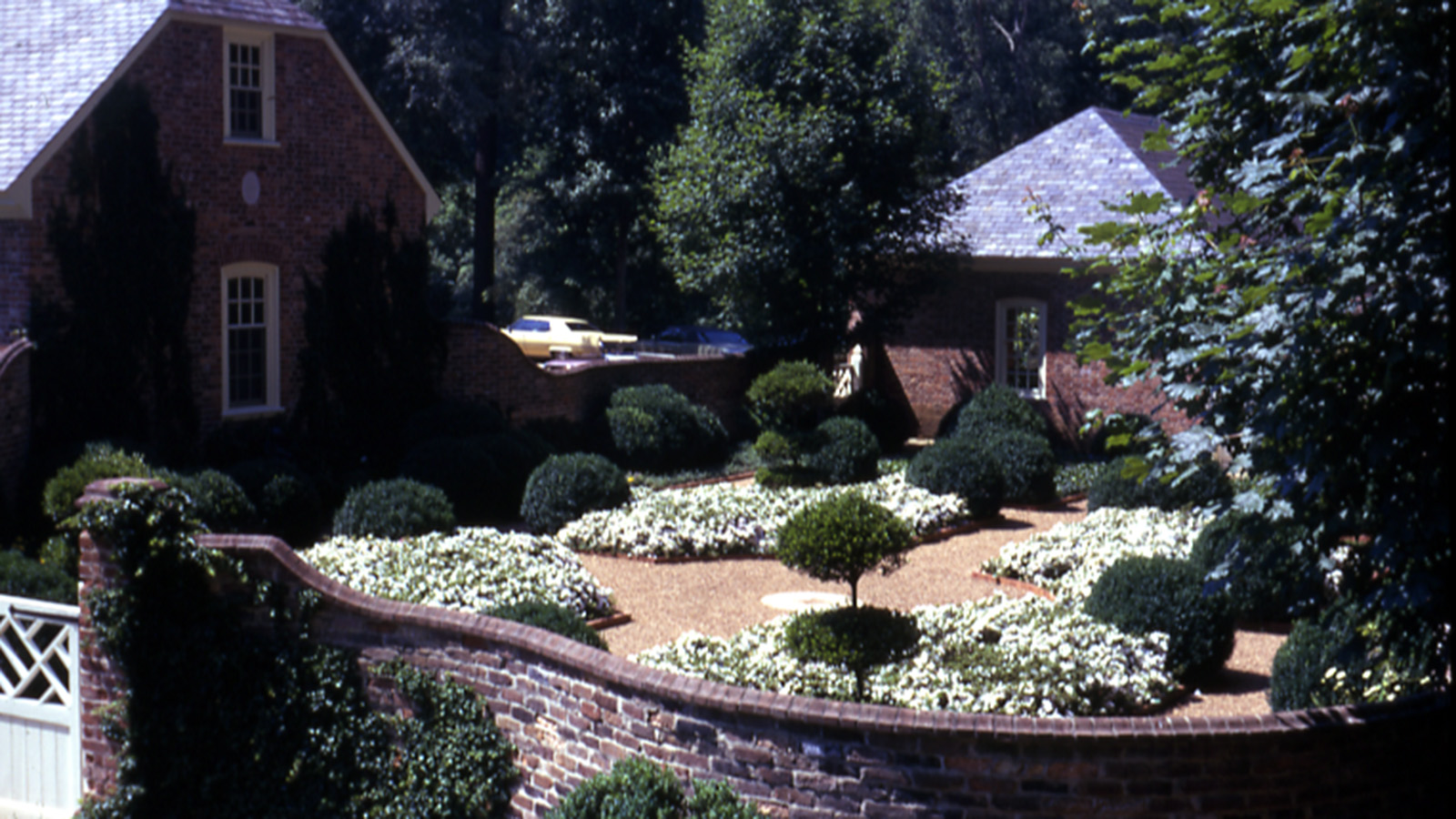 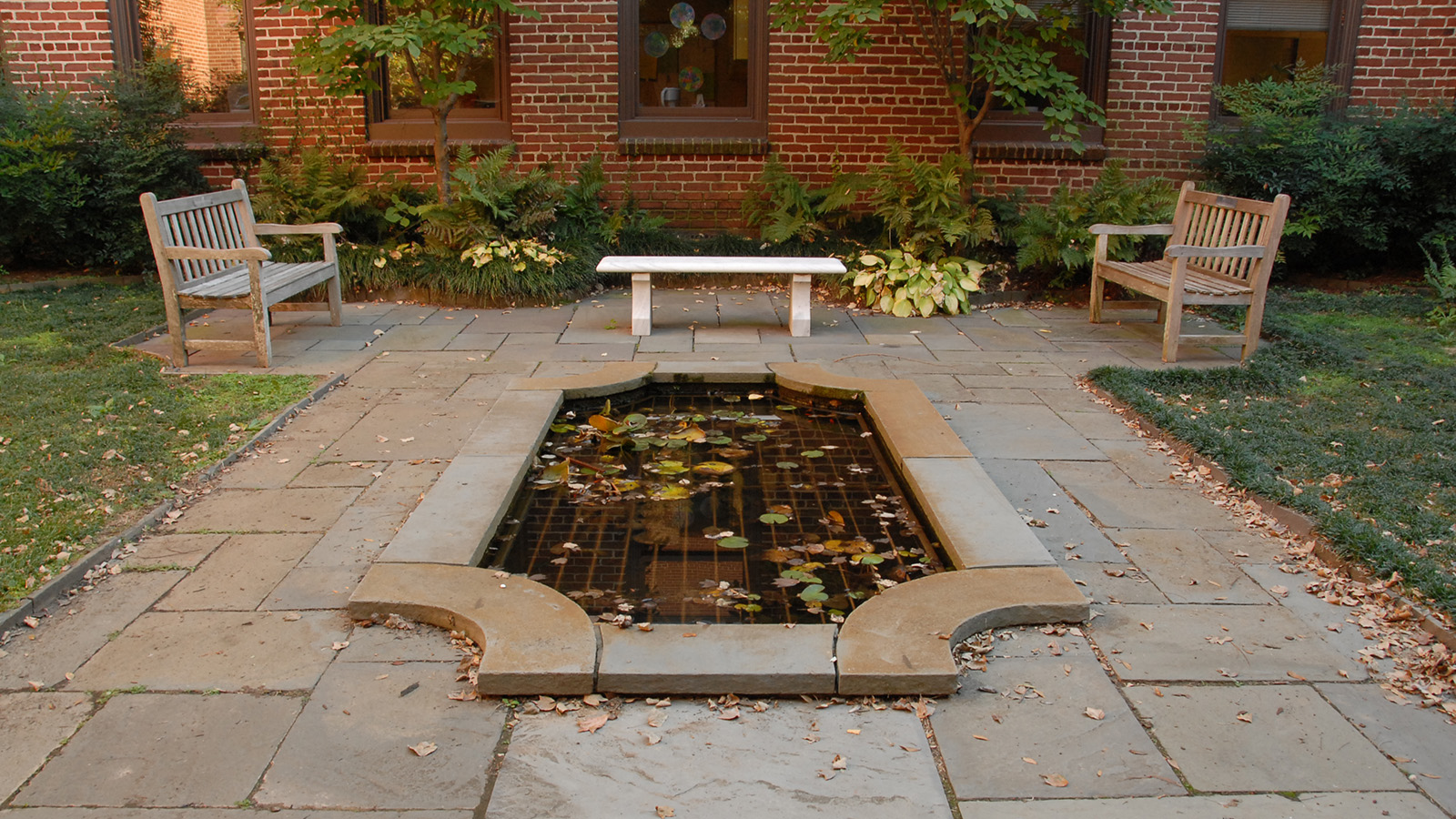 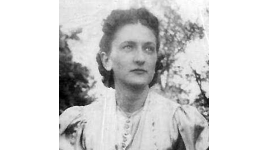