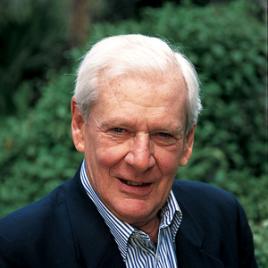 The son of the celebrated architect, Stone was born in 1932 in Norwalk, Connecticut. He earned his B.A. in Architecture from Yale in 1954 and his M.L.A. from Harvard’s Graduate School of Design in 1959. Stone then worked for Fort Lauderdale landscape architect Frederick Stresau, becoming the tenth professionally licensed landscape architect in all of south Florida.

Through his firm, EDSA, founded in 1960, Stone promoted environmental and social functionality in design. He lectured widely at colleges and universities. In association with his father’s firm, Stone helped design the John F. Kennedy Center for the Performing Arts in Washington, D.C. He also designed the PepsiCo World Headquarters in Purchase, New York. The 114-acre campus placed the classical Modernist structure in a pastoral lawn expanse with a large lake, framed within a woodland landscape. Pepsico CEO Donald Kendall was a collector of contemporary sculpture and for ten years Stone helped to integrate many of these pieces into the landscape.

Beginning in 1971, Stone served for twelve years as the landscape architecture representative to the Commission of Fine Arts, appointed by Presidents Nixon, Ford, and Carter, respectively. He also served as consultant to the Committee for a More Beautiful Capitol in Washington, D.C., and the Governor's Conference on Environmental Quality in the State of Florida.

After three years serving in the Air Force as a fighter pilot (ultimately attaining the rank of Captain), he entered the Harvard Graduate School of Design (GSD), gaining his Master of Landscape Architecture in 1959. At the GSD in the era of chief critic Hideo Sasaki, Stone counted amongst his mentors, faculty members Walter Chambers and Chuck Harris. He also recalled to Landscape Architecture magazine in 1997 a strong respect for fellow students Terry Boyle, Chuck Cares, Larry Walquist, and Erv Zube. After graduation, and upon contemplating the commutes from the suburban areas of cities in the northeast and mid-Atlantic regions, young Stone chose to move further south to Fort Lauderdale, Florida. Here, he worked for landscape architect Frederick Stresau for a time, becoming the tenth landscape architect in all of south Florida.

Characterized by his peers as a gentlemen and a leader, Stone’s own firm, EDSA (Edward D. Stone Jr. and Associates), begun in 1960, is organized into egalitarian studios. Each of the seven principals guides a tight knit group of designers who handle a given project from start to finish. This ‘community of peers’ approach was an intentional choice, a step away from the hierarchically run offices he witnessed growing up. Stone’s own commitment to giving credit to whomever in the office has participated in a project is likely behind the firm’s impressive record of employee continuity. 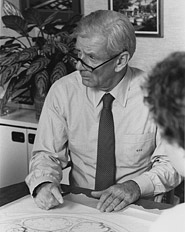 From the beginning, Stone sought to imbue his work with compassion for the environment. The Arthur Hills Championship golf course at the mixed-use community, Collier’s Reserve, in Naples, Florida, was the first in the world to receive the Audubon Cooperative Sanctuary Signature Program award. The firm has also been a forerunner in ecotourism ventures, bringing the concept to China to build the Wolong Panda Preserve in Sichuan Province.

Never satisfied with achieving a single goal at a time, Stone often spoke of the social functionality of a design, declaiming the need for “dethroning the automobile and discovering walking.” He also encouraged EDSA to seek regionally-specific inspirations for form. This sharp eye, discerning the logic of what evolved as a vernacular norm in a location, allowed culturally sensitive and climatically appropriate designs, such as the Haig Point project in South Carolina, whose residential architecture looked to the nearby Gullah community, also on Daufuskie Island.

Involved early on, through Ed Stone, Sr.’s, practice, with the development of the John F. Kennedy Center for the Performing Arts in Washington, D.C., the early years at EDSA also saw the design of the PepsiCo World Headquarters in Purchase, New York. The 114-acre campus on the site of a former polo field placed the classical Modernist structure in a pastoral landscape that included a large lake and a great lawn expanse framed within a second-growth New England woods. Stone, Jr., worked closely with his father on the architectural massing. In 1972 critic Elizabeth Thompson noted in Architectural Record that the design was “a skillful interplay of buildings and open spaces.” The CEO of Pepsico Donald Kesndell was an art collector and felt that the company’s success “could be best reflected by a lushly landscaped park and a collection of modern sculpture” (Johnson and Frankel, Modern Landscape Architecture, 1991). For ten years Stone helped to integrate many of these pieces into the landscape. A testament to the design significance of this early corporate office park, Pepsico garnered the American Society of Landscape Architects (ASLA) Landmark Award in 2009. 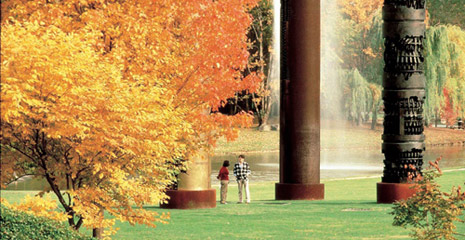 Just after Pepsico began, in 1971, President Nixon appointed Stone to be the landscape architecture representative to the Commission of Fine Arts, a four-year term that was renewed in 1976 by President Ford and again in 1980 by President Carter. He served as consultant to the Committee for a More Beautiful Capitol in Washington, D.C., and the Governor's Conference on Environmental Quality in the State of Florida. Deemed a Fellow of the ASLA in 1974, he earned that group’s highest honor, the ASLA Medal, in 1994.

As Jory Johnson noted in 1991 in Modern Landscape Architecture, Ed Stone, Jr., “like his father was a committed modernist more interested in social and environmental issues than in detailed artistic expression.” In 1997, reflecting on his work and on the firm that he founded and led for so many years, Stone said “We also have fun."He passed away July 10, 2009 in Vero Beach, Florida, where he and his wife Lollie lived.

Landscapes Accessible to the Public 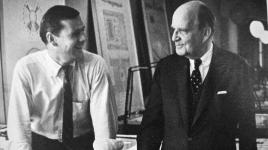 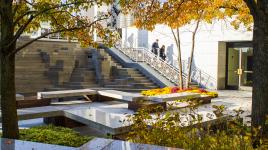 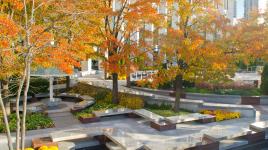 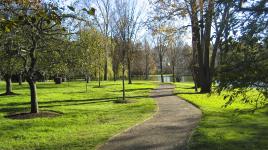 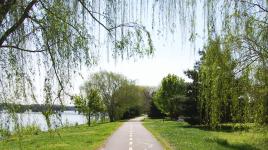 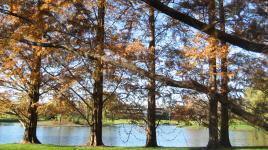 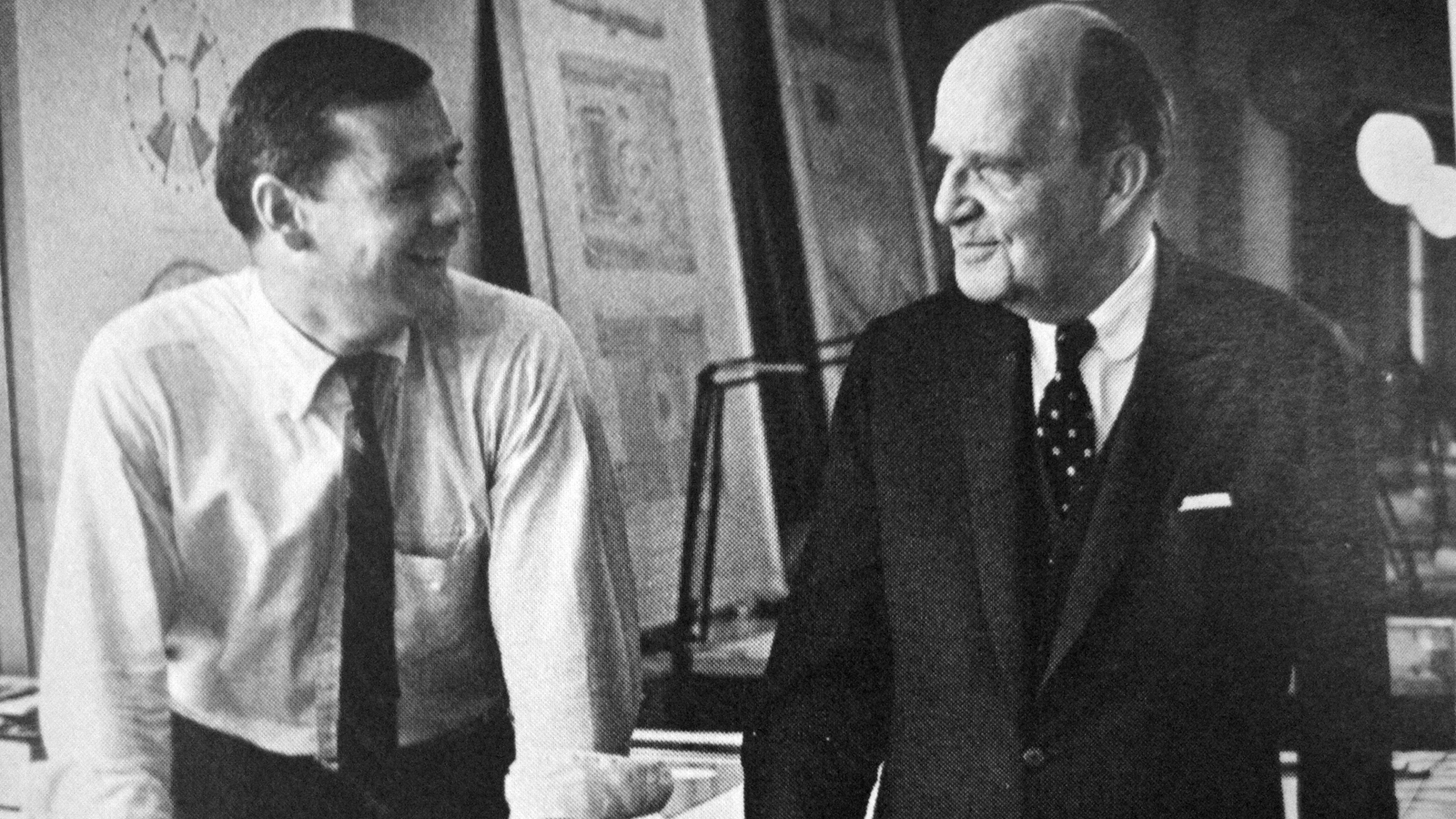 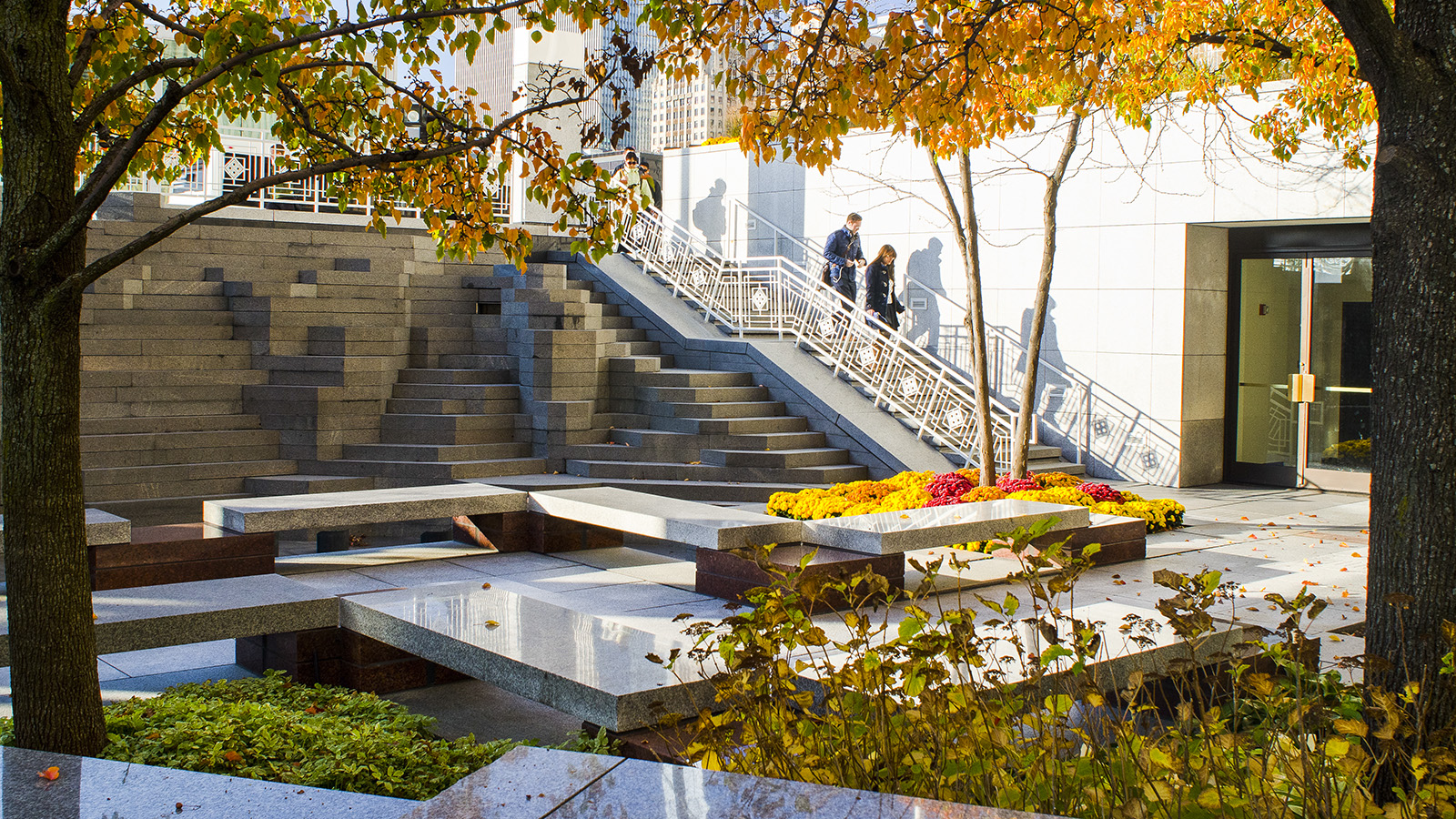 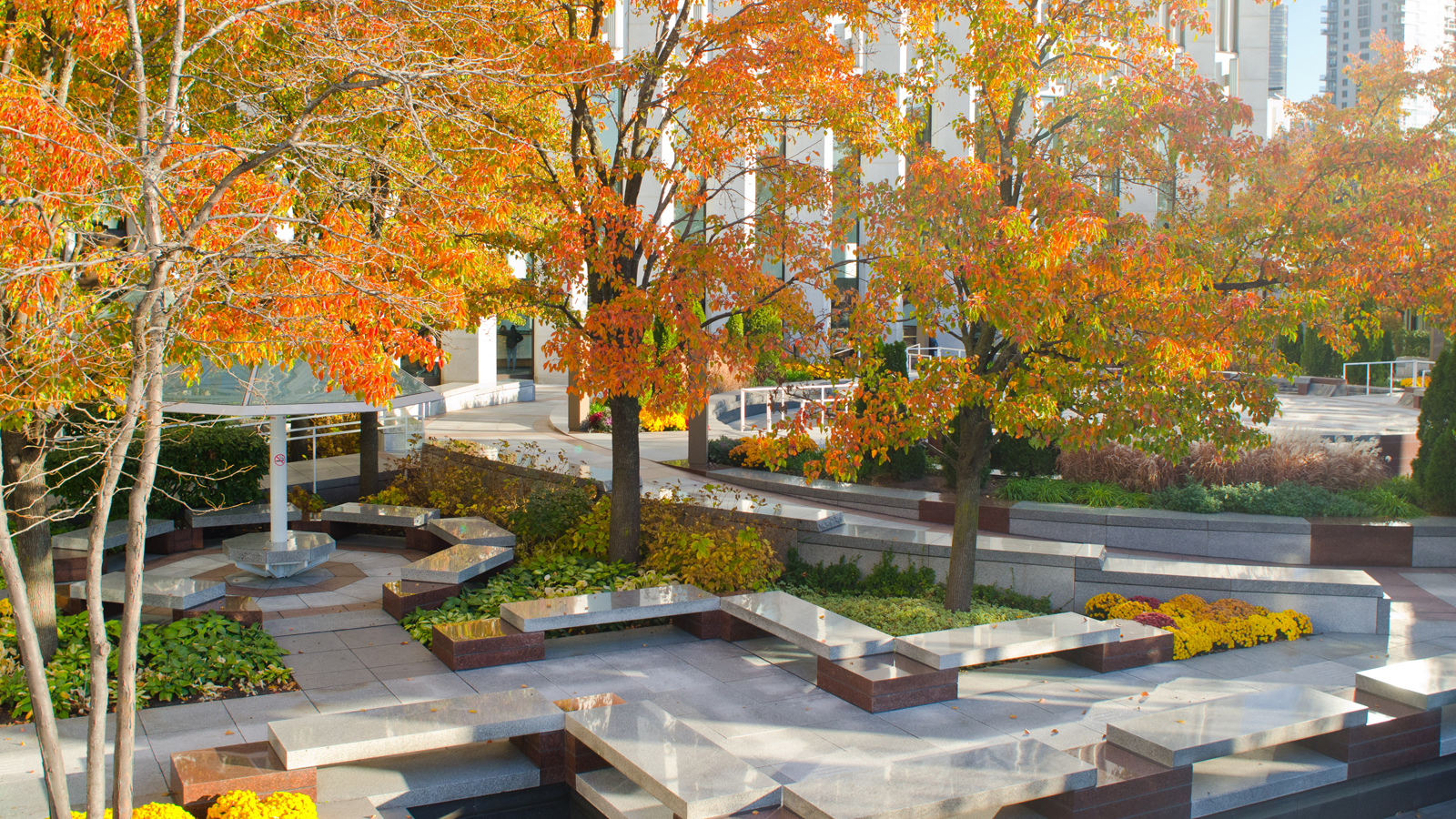 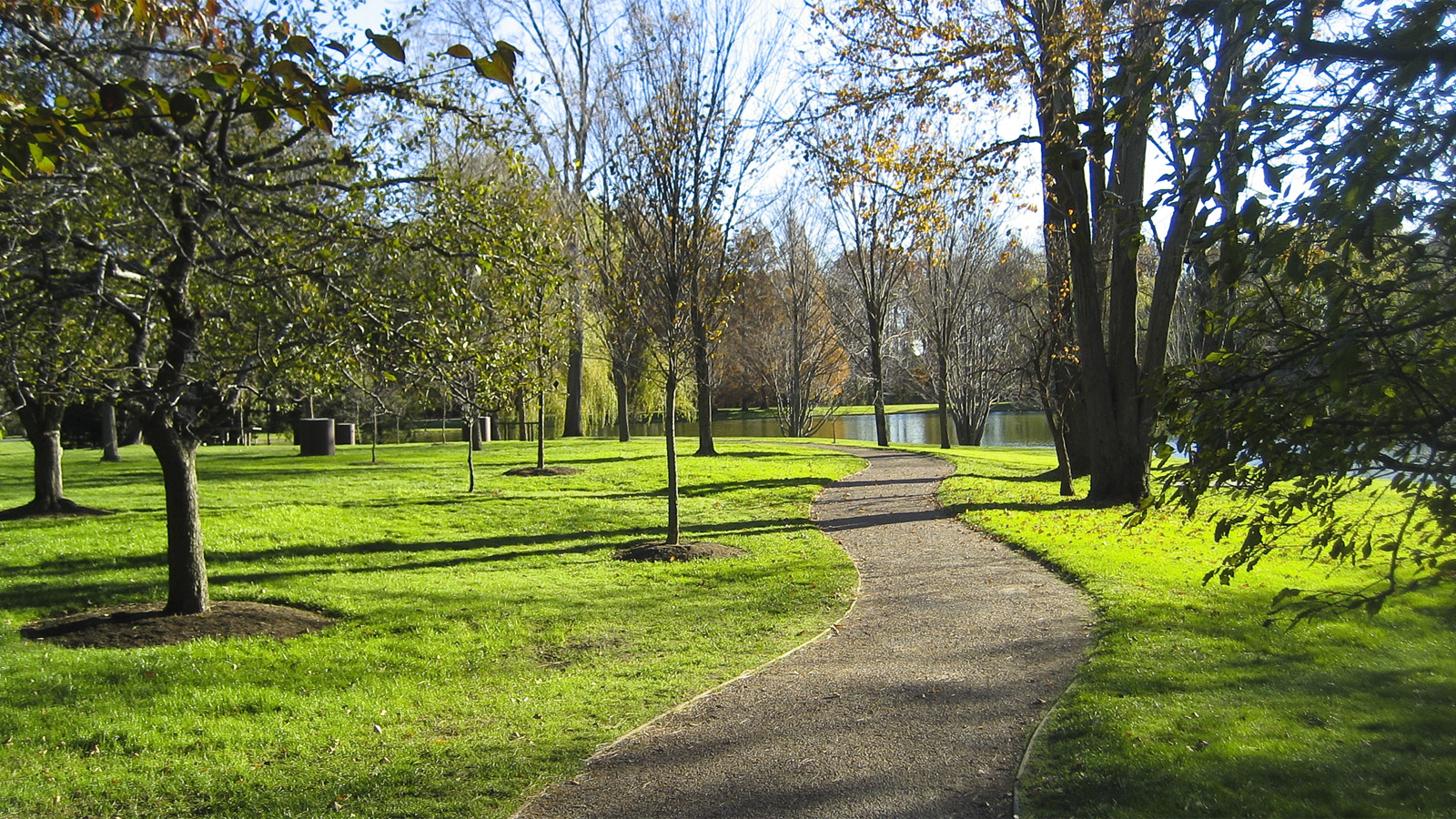 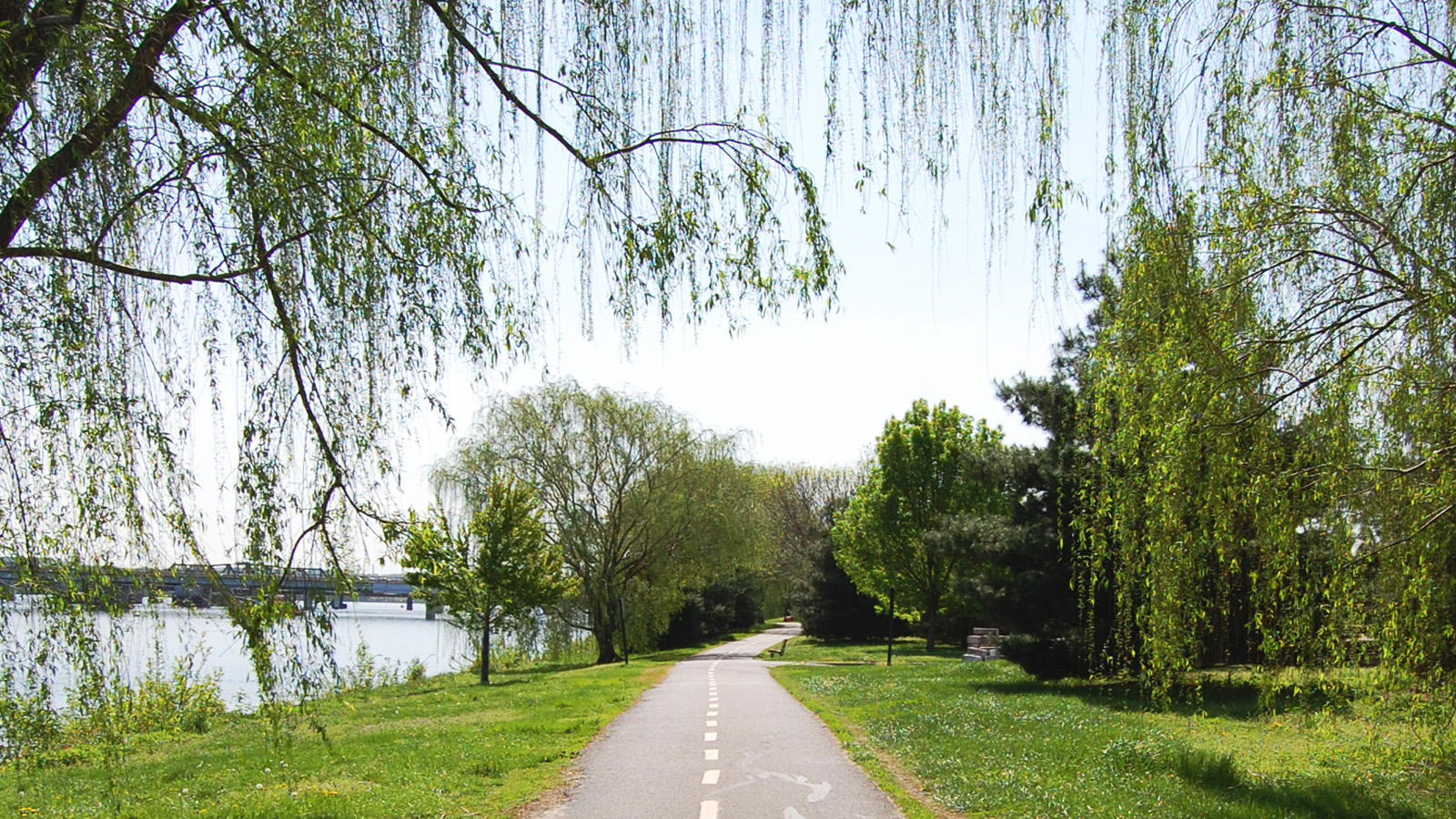 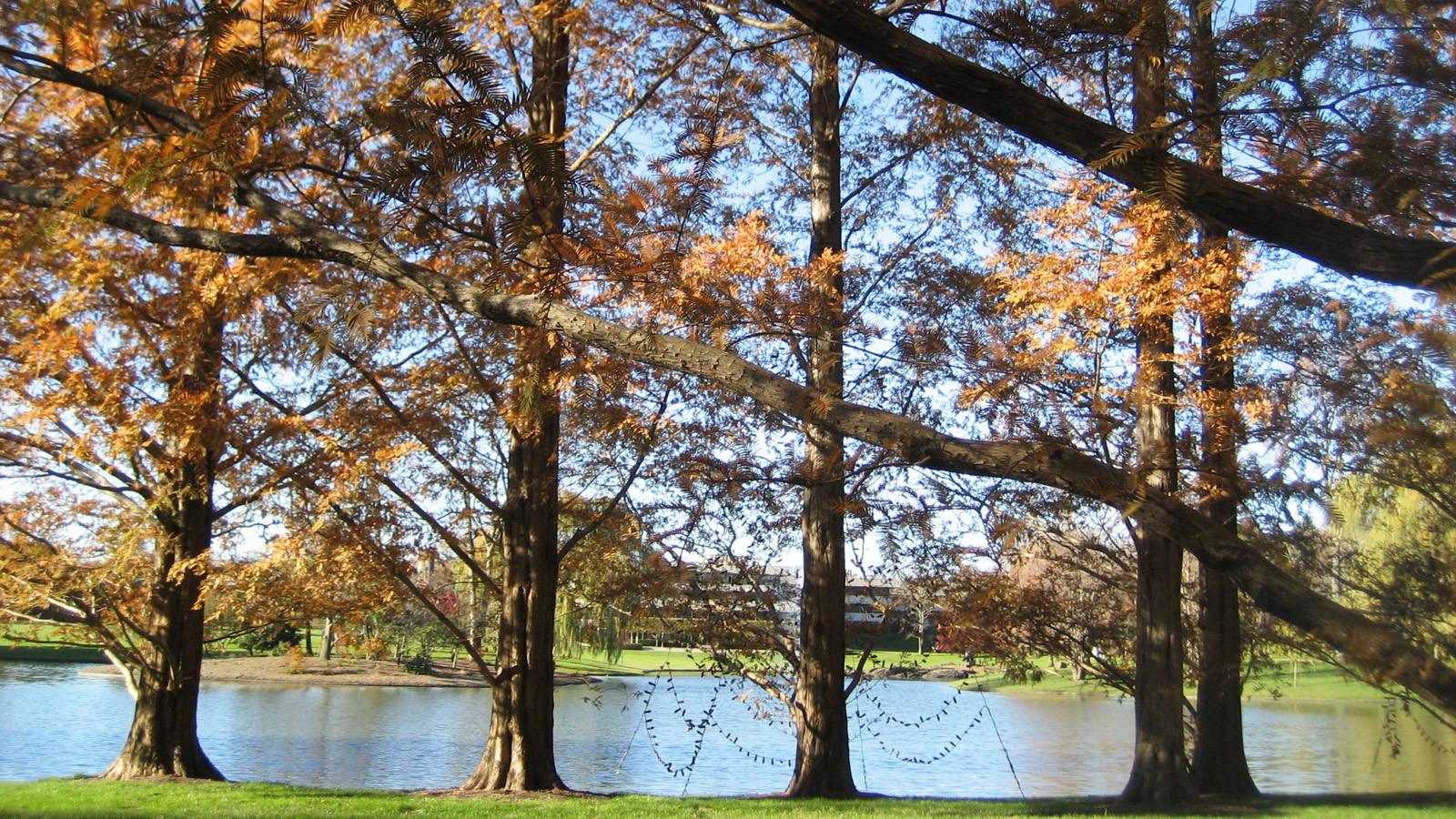 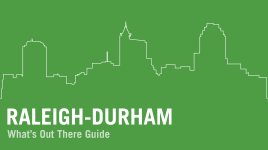 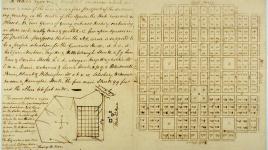 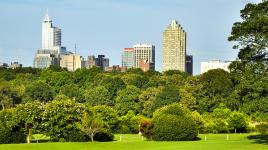 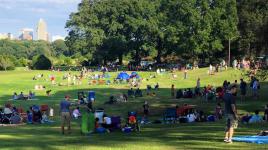