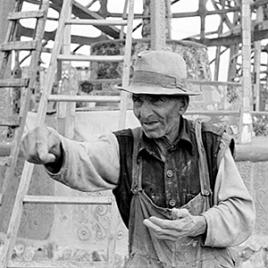 Born in Ribottoli, Italy, Rodia immigrated to America in the mid-1890s where he joined his brother in the coal fields of Pennsylvania. After his brother’s death in a mining accident he moved west to Seattle, then California, where he held an assortment of jobs, working in rock quarries, logging and railroad camps, and as a tile setter.

In 1921 he purchased a small triangular lot in Watts, California. Although he had no formal training as an artist, over the next 33 years, he built the Watts Towers, which he referred to as “Nuestro Pueblo” (Our Town). Living on site in a small cottage, Rodia labored alone and used only simple tools: a hammer, chisel, bucket, pliers, and crowbar to erect a series of spires. Constructed of steel girders, wire mesh, concrete, and pieces of broken glass, seashells and ceramic which he gathered from the streets, the tallest tower was nearly 100-feet high.

In 1955, shortly after completing his towers, Rodia deeded the property to a neighbor and moved to Martinez, California, where he lived out the rest of his life. In his later years he remained indifferent to his creation, although he was honored with standing ovations at the San Francisco Museum of Modern Art and University of California, Berkeley in 1961. His unique vision, a significant example of assemblage art, and the only known work that Rodia created, was listed in the National Register of Historic Places in 1977 and made a National Historic Landmark in 1990. 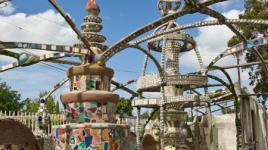 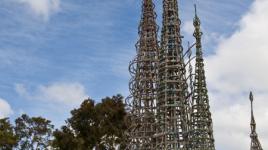 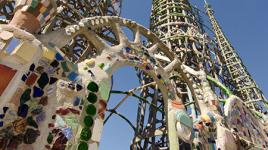 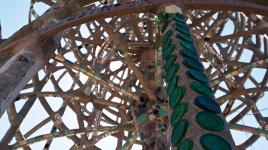 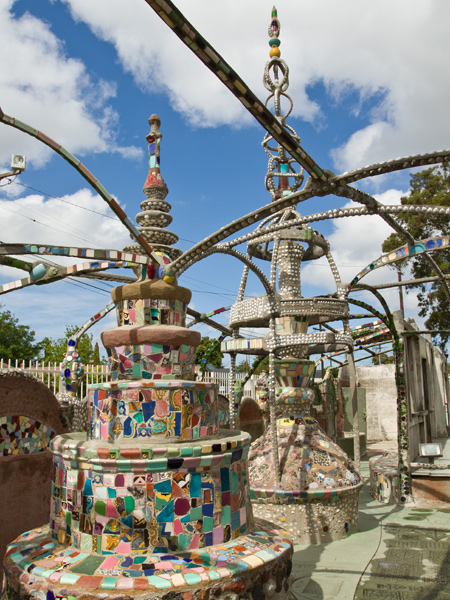 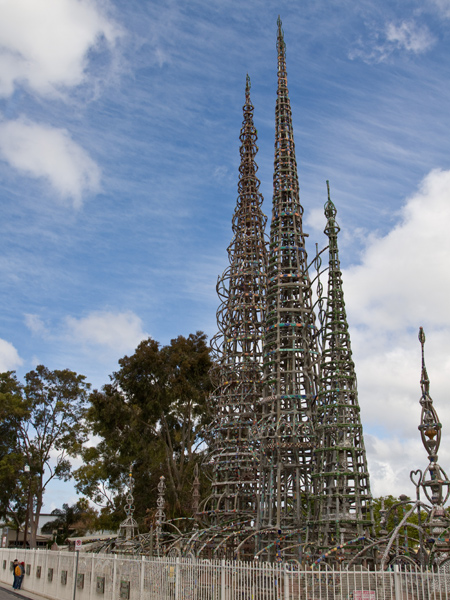 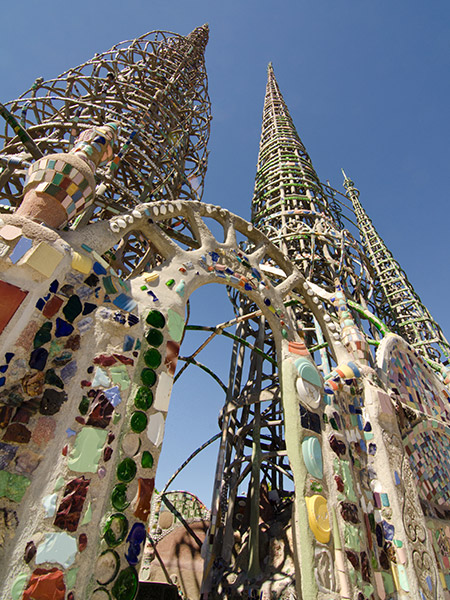 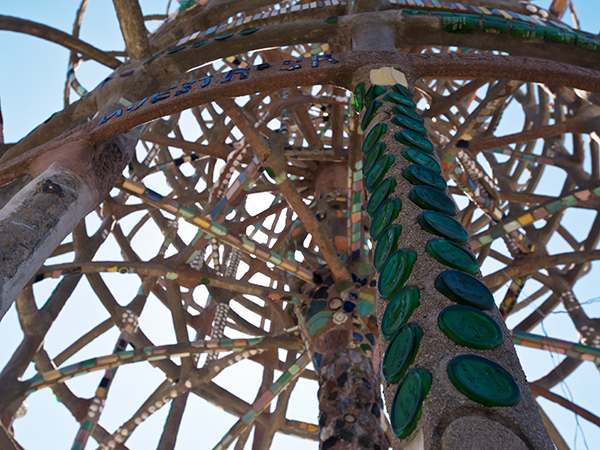 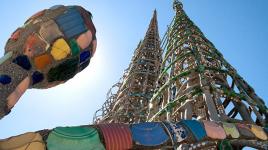 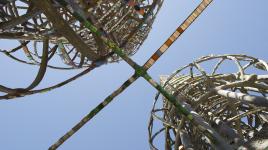 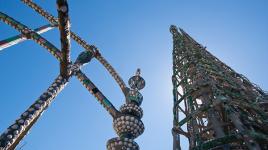