Fifteen years after grassroots advocacy of Allegheny Commons led to the 2002 Allegheny Commons Master Plan by Pressley Associates, significant headway has been made to implement the plan. The park was listed in the National Register of Historic Places in 2013. Rehabilitation has been completed for the eastern section featuring a formal promenade, with new lighting, furnishings, tree plantings, and signage.

More recently, a coalition has formed among the Pittsburgh Parks Conservancy, the City of Pittsburgh, Northside Leadership Conference, and the Allegheny Commons Initiative to accelerate the restoration of Pittsburgh’s oldest park, and to spur continued revitalization of the Northside community.  In 2018, this group completed the Allegheny Commons Action Plan, with LaQuatra Bonci Associates. The report presents strategies for implementing the Master Plan, informed by additional study of economic context, ecological services, and neighborhood connectivity. 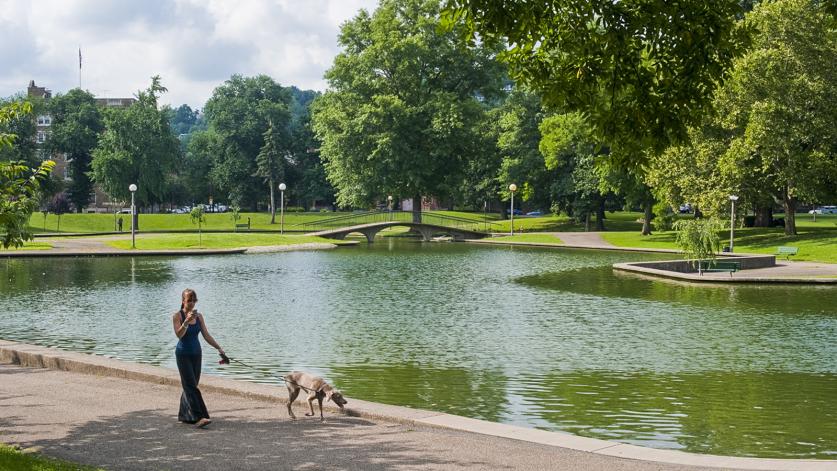 The Parks Conservancy is currently focused on the northeastern corner (flanked by North and Cedar Avenues), where a $2.8 million restoration project began in early May 2018. This phase involves reconstructing the fountain in the North Commons to its original 1868 design—a circular basin 50 feet in diameter with a large Grecian urn at its center. Four ornamental beds of herbaceous perennials and bulbs will hug the fountain’s cast stone rim when the project opens to the public in spring 2019. With its central jet of water and 16 smaller circumferential jets, the fountain is one of four that anchored key areas of the park when it was originally designed in 1867.

Built on free-grazing land during the City Beautiful movement of the nineteenth century, Allegheny Commons was designed by the New York firm of Mitchell & Grant to improve urban living conditions and property values. The historic plan for Allegheny Commons included 60 acres of broad lawns, tree-lined paths, fountains, benches, picturesque lakes, monuments, and ornamental flowerbeds. The only lake to be constructed was, however, drained in 1930 and used as a collection site for scrap-metal during World War II. The twentieth century also brought recreational facilities, including a playground and a swimming pool, and Lake Elizabeth was redesigned in 1966 by Simonds and Simonds. But only one phase of construction was completed, leaving unrealized the multi-level, interlocking pools, the island’s water jets, and the boathouse in Simonds’ plan. 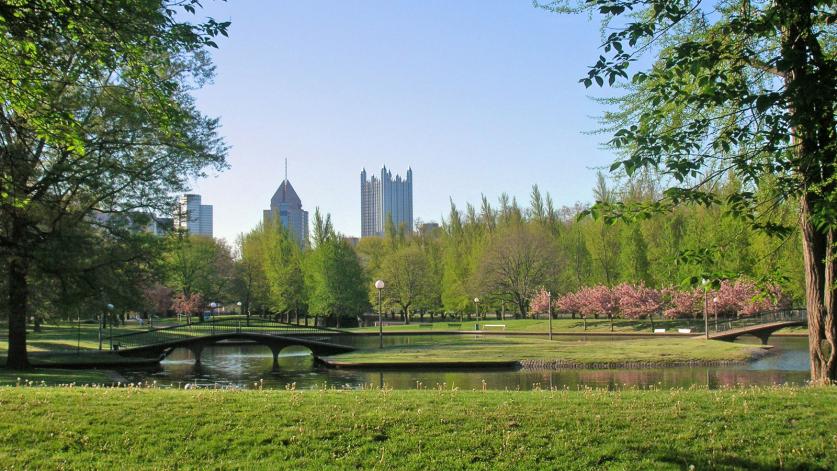 Beginning in the mid–1900s, the City’s financial difficulties led to removal of the fountains. Succumbing to resource constraints and slowly falling into disrepair, areas of the park eventually became a haven for drug-related crime. While the 2002 plan addressed these issues, the challenge of raising funds to implement the plan required a broader coalition represented by the leaders of the Action Plan.

Focusing on a long-term strategy of community participation, the Action Plan recommends all interventions be made keeping three goals in mind: alignment with neighborhood desires and demographic changes; sensitivity to the original historic design; and scaling the park’s primary role to meet the daily needs of residents. Ecological interventions will focus on rehabilitation of the lawn, restoration of the extensive tree canopy, and the conversion of the park’s Lake Elizabeth from a stagnant pond to an inviting body of water with a natural filtration system that will rely on rainwater as its primary source rather than potable water. The project also seeks to improve derelict aspects of the park, including replacing the missing pedestrian bridge over the railroad tracks, and renovating the 1930s stone restroom building by the tennis courts. Planned additions include restrooms at the sports field, a family-size shelter for picnics, and a lakeside pavilion with new pathways, lighting, signage, benches, and an event terrace. 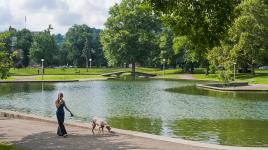 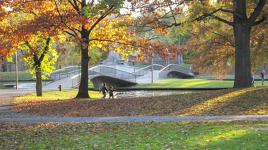 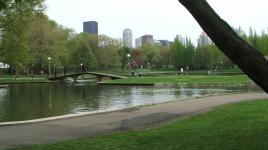 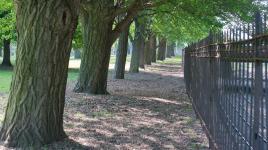