It Takes One: Erika Blumenfeld

It Takes One: Erika Blumenfeld

I’m interested in the place where human culture and our natural environment connect and as a transdisciplinary artist and documentary photographer my recent work has focused on the cultural value of nature. Since 1998 my art has led me to investigate the physics of atmospheric and astronomic phenomena as well as the simple beauties and complex afflictions of our environment and ecologies. I have chronicled a range of subjects, including the cycles of solar and lunar light, bioluminescent marine organisms, the remote and prismatic landscape of Antarctica, climate disruption induced wildfires and other human-caused ecological challenges.

My most recent project, Sky Scrolls, sets out to collect and chronicle our personal and heartfelt experiences with our night sky environment. As an amateur astronomer and advocate for dark-sky preservation, I believe that a return of our dark night sky - our view of the universe - would reinstate a connection with our natural environment that has waned dramatically since the dawn of our industrial societies. Looking up at our night sky has sparked awe and wonder, and precipitated the creation of worldviews, cosmologies, mythologies, art, literature, philosophies and scientific investigation across time. Yet our dark night sky is in peril from increasing artificial light pollution, and many urban environments are veiled entirely from a view of the night sky. Sky Scrolls hopes to bring awareness to the importance of protecting our natural starlight experience, for ourselves and for posterity by collecting and sharing people’s written stories of the night sky from around the world.

My focus is not so much on the landscapes that humans have left their mark on, but rather the landscapes that have left their mark on humans. I believe that our natural and cultural worlds are inextricably linked. Humans have had a deep and complex relationship with our natural environment for almost two million years. Our very biology, neural processes and perceptual experiences are linked to that world. It is from this vantage point that I begin to derive my understanding of the cultural landscape. This natural landscape has been the vast source from which our cultural inspirations and innovations have evolved. 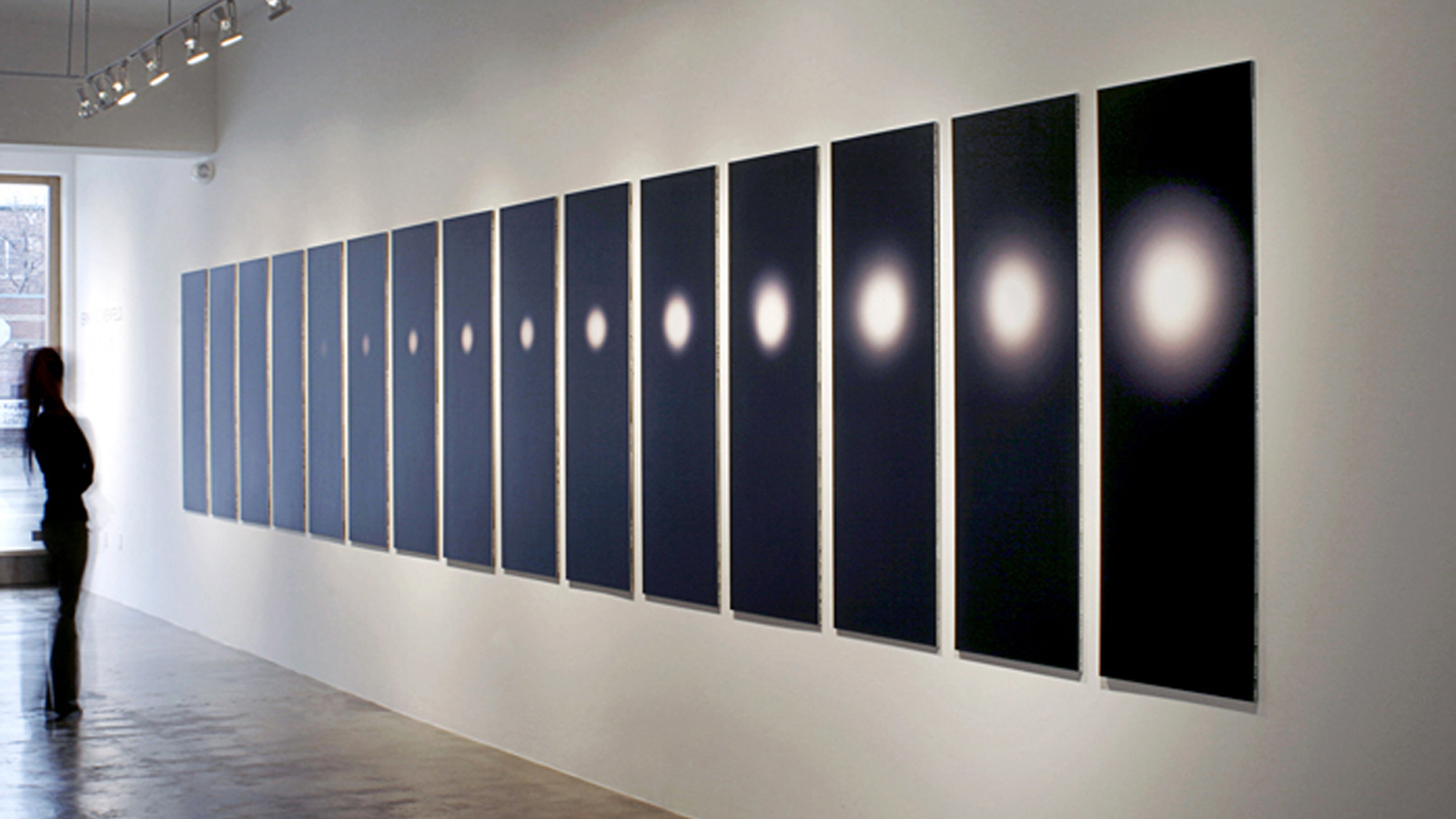 Why are you interested in/why did you get involved with “the night sky” landscape?

The stars have always held my imagination. While camping under the dark starry sky as a young child, I had the opportunity to peer through a telescope, and was prompted to gaze steadily at a small blurry object in the center of the eyepiece. After several seconds of suspense and a sense that I was about to be handed some new layer of knowledge, the astronomer said to me, “that small luminous glow is another galaxy, far from the one we live in, that itself has billions of stars like ours… and maybe even planets.” Every molecule in my being seemed to scintillate with amazement, even if my young mind could not yet identify all the pathways of meaning held in that one sentence. From that moment forward, I looked up at the night sky.

In the autumn of 2004, I had the rare opportunity to produce an artwork at the McDonald Observatory in West Texas. Working under near-pristine night sky conditions for two months, I was able to witness with the unaided eye the phenomena of Zodiacal light, a crystal clear panorama of the Milky Way from horizon to horizon, and a view of what seemed like all the stars in the Universe. I had never seen such clear, dark skies, and had never beheld such a magnificent view of our night sky.

Night after night, looking up at the intensely dark and unpolluted sky, I began to consider how few people around the world have the opportunity to see the stars, planets and constellations so clearly today and to witness their profound beauty. While our technologies have, stunningly, allowed us to see into the microcosm of our bodies and the macrocosm of our universe, we are facing a moment where our technologies are also destabilizing our environment, ecology, and health.

In my research for the Sky Scrolls project, I’ve been studying the incredible breadth of scientific research that has been published illustrating the connection between a person’s direct experience with nature and their emotional, physical, and cognitive health. Our current civilization seems unable to regain an earnest relationship with our natural world. Now more than ever we have an ethical obligation to preserve the natural landscapes and phenomena that lead to cultural and ecological health and well-being. The dark night sky landscape is the paragon of such significance. 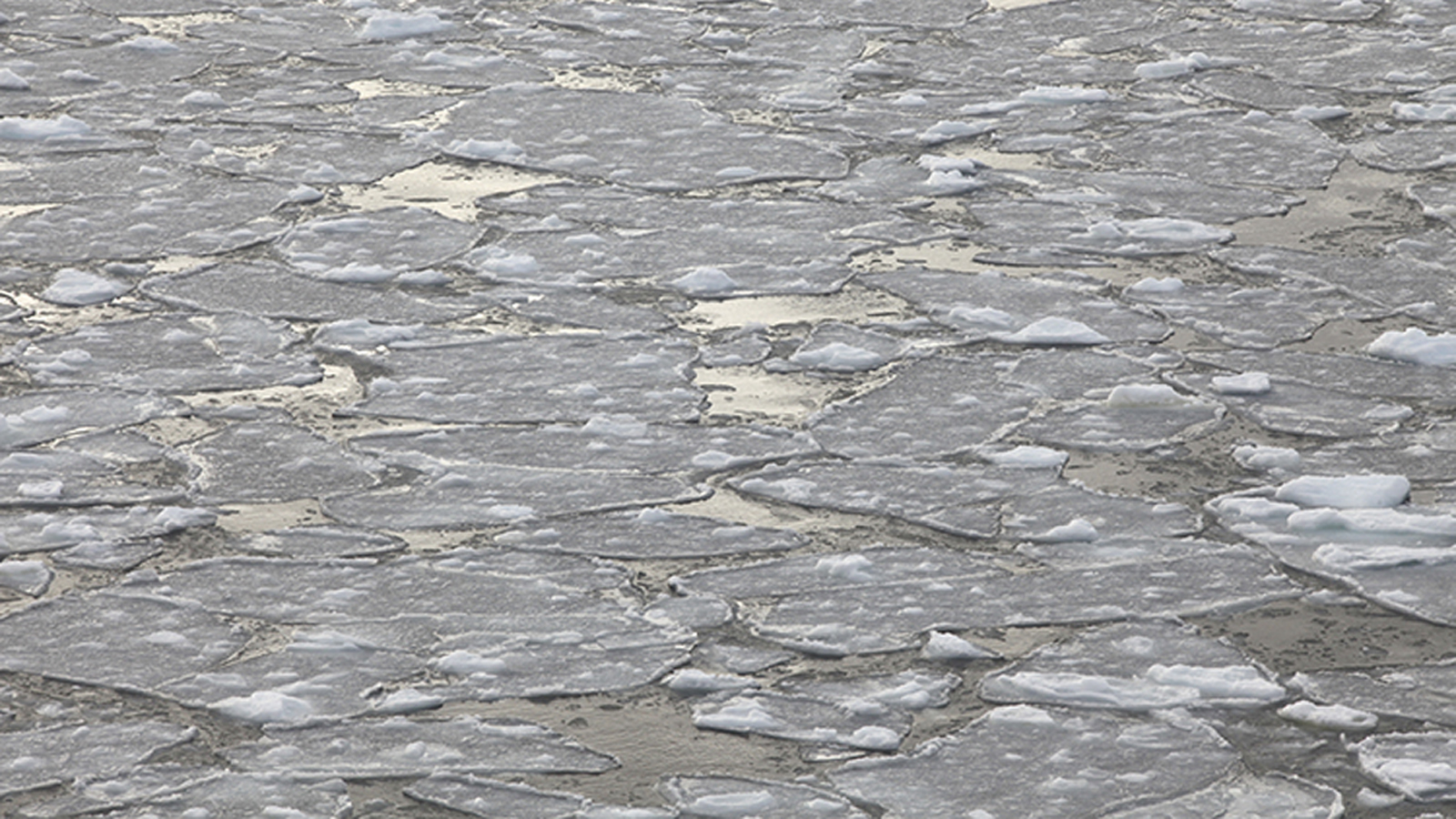 This photograph from Blumenfeld's series, Early Sea Ice, was produced during her artist-in-residence in Antarctica - Photo courtesy Erika Blumenfeld 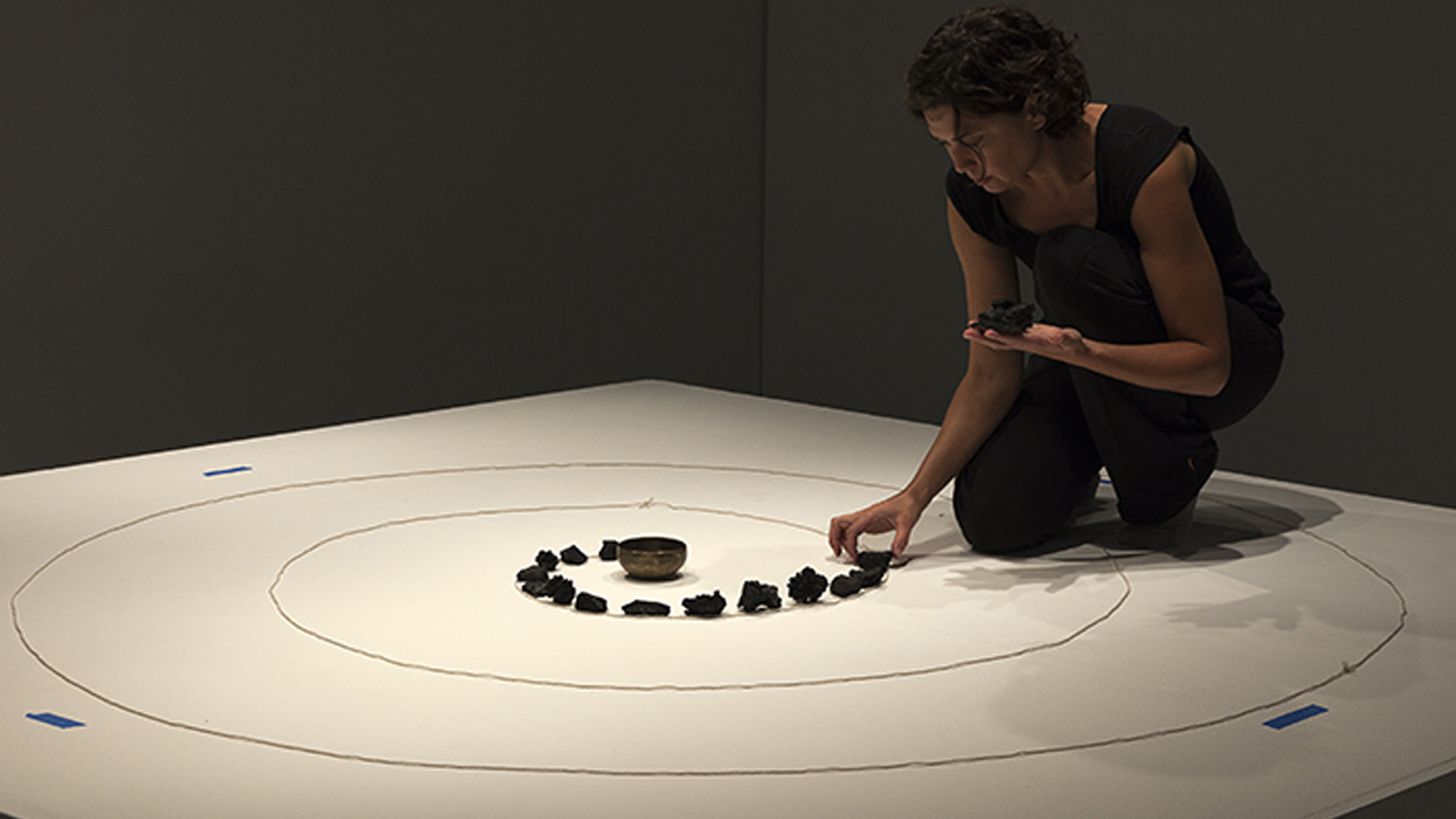 How did your understanding of the night sky landscape change as a result of your advocacy efforts?

It seems clear that cultures throughout time have found innate meaning in their relationship with nature. Yet when I look out at our current culture, I see us struggling to understand what nature really means to us today. I maintain that only through developing a cultural experience of meaning with our natural environment can we surmount the many environmental crises that we face today. I see preservation of our dark night sky as a powerful pathway to this meaningful relationship with nature.

Did your understanding of other cultural landscapes change as well? If so, how?

Through people’s stories of the night sky that have been submitted to Sky Scrolls, I’m seeing just how significant the night sky landscape really is to us. I’ve received many wonderful accounts of people’s experiences of the night sky from all over the globe: one person writes about a night spent at the Shaolin Temple in China and witnessing two intersecting “shooting stars” while meditating, another story told of a night-dive in Palau with the mirroring of the stars above with the bioluminescent glow of the marine phytoplankton below, yet another story recounted a late night contemplative walk in Chupadero, New Mexico, and most recently a man shared a story remembering sky watching in the 1950s with his father on their Brooklyn sidewalk and his realization of how much clearer the night sky was back then, even in the city. When I began the project, I started with the question is the night sky meaningful to people as a cultural landscape? These stories are answering that question with a resounding yes. 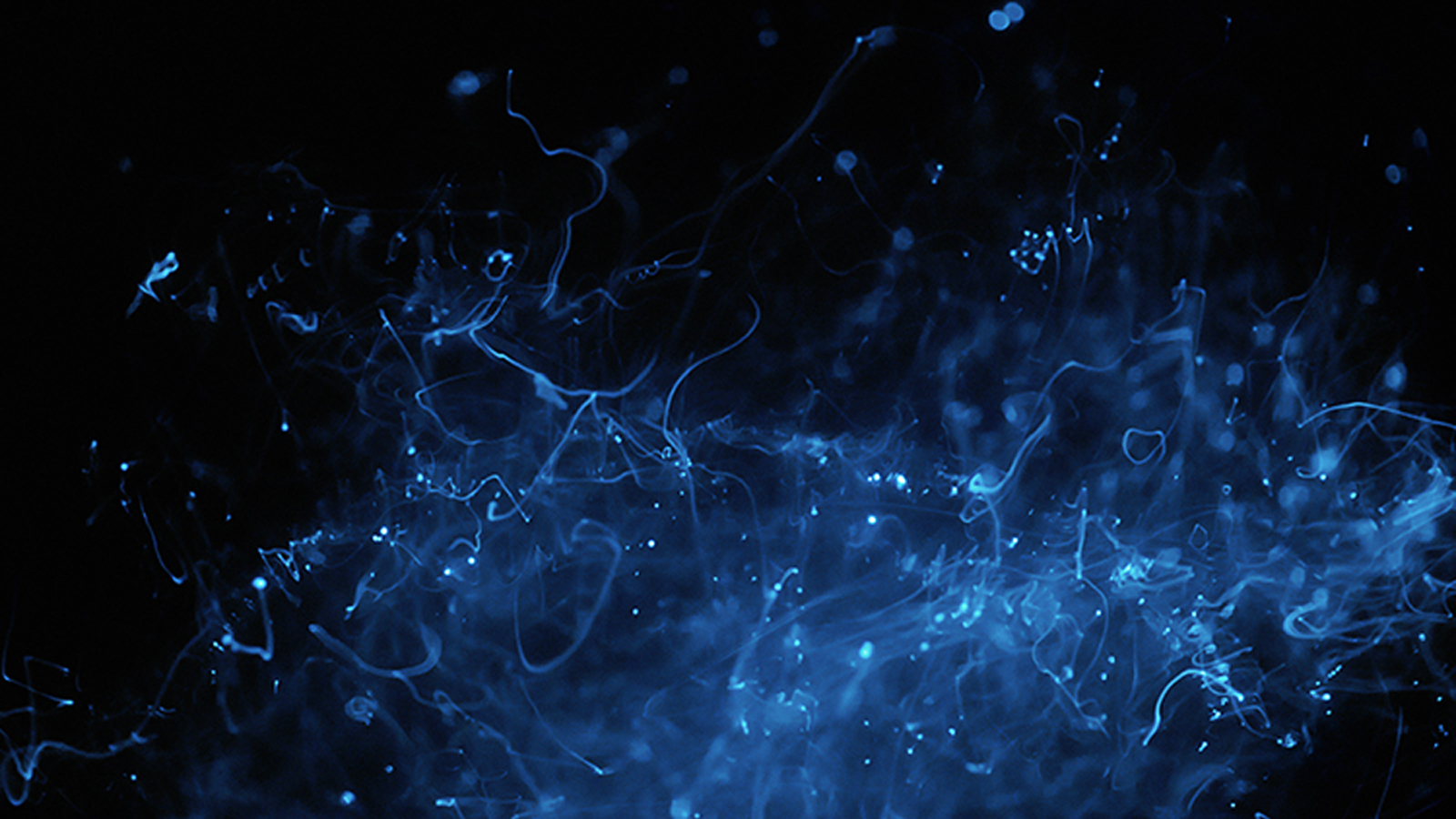 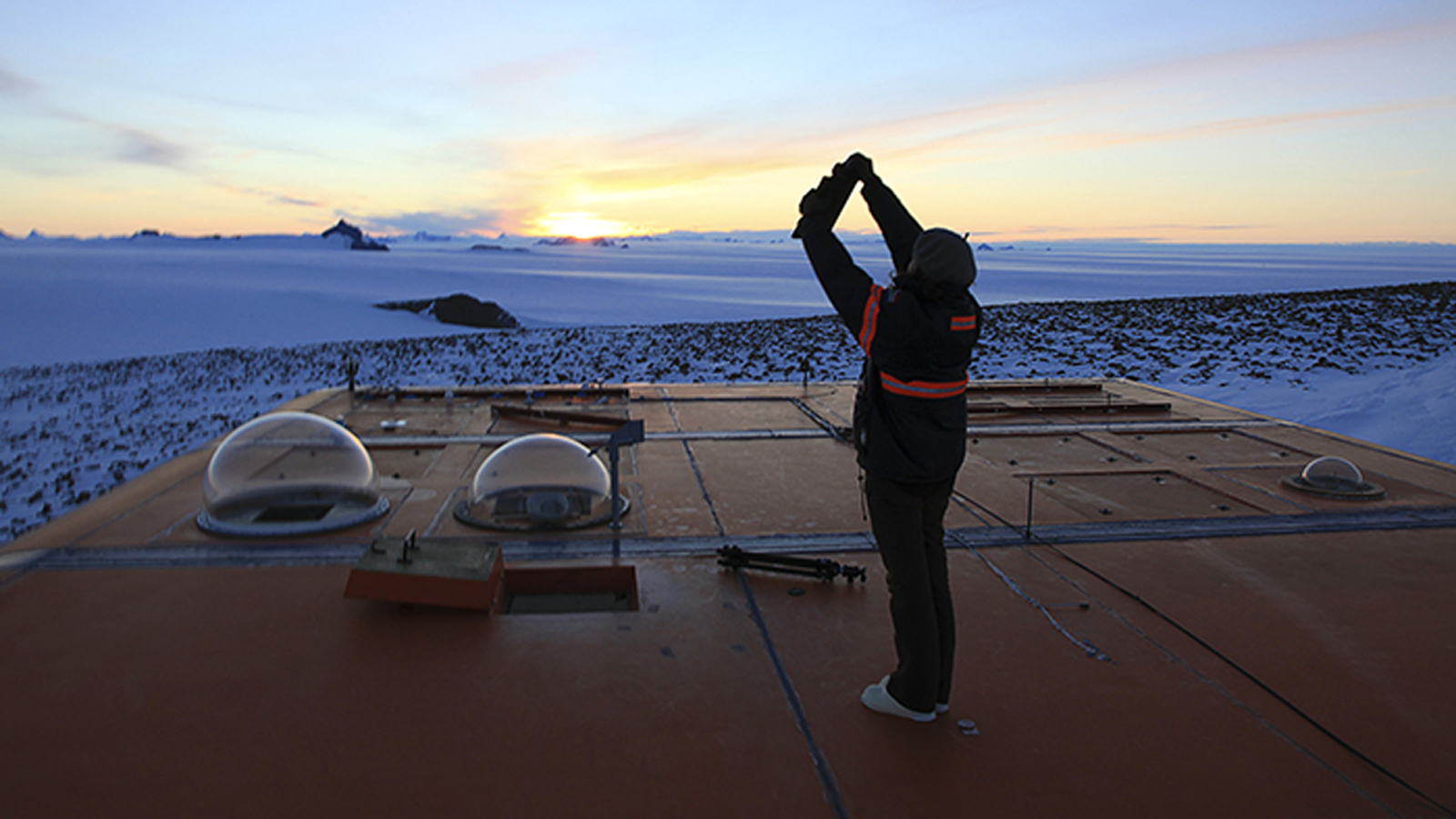 Erika Blumenfeld documenting light phenomena on the roof of SANAE Base Station in Antarctica, 2009 - Photo by Thomas Mulcaire

What is the message that you would like to give our readers that may inspire them to make a difference?

My intent with Sky Scrolls is to illustrate the link between the dark night sky, the well-being of humans, biodiversity, ecosystems, and inspiration. Beyond my own intent, the night sky stories speak for themselves - they are your voice sharing your personal experiences of the night sky. I’m hopeful that by shining a light on our meaningful relationship with our night sky, we may be inspired to implement dark-sky stewardship practices by reducing artificial light pollution across our globe. Each of us can work toward preserving the starry landscape of the night sky, by reducing artificial light one light bulb at a time - this sort of commitment to our natural environment is crucial if we are going to find sustainable solutions for our future. 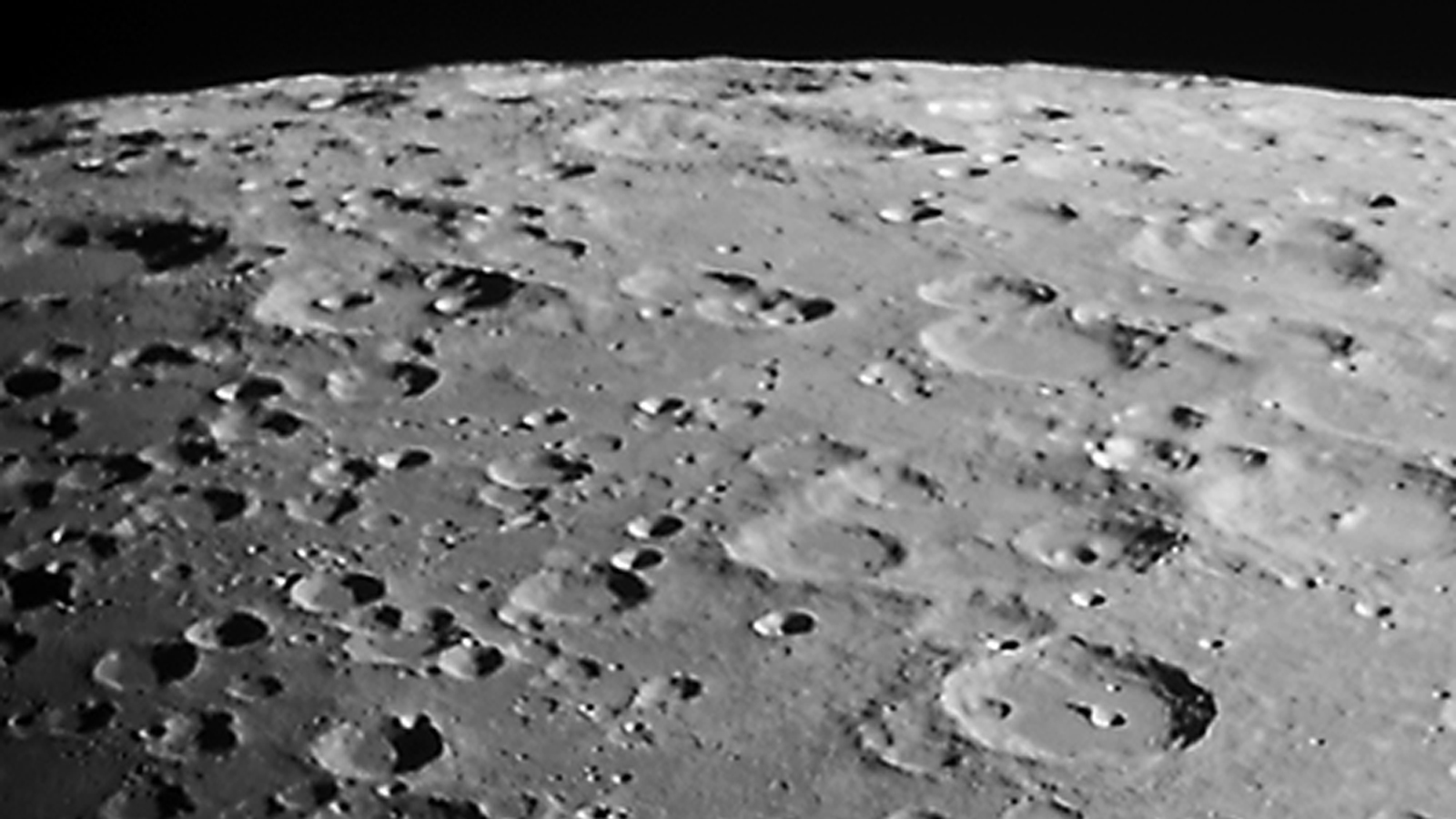