Association for Public Art Urges Review Board to Preserve MARABAR (2020)

Association for Public Art Urges Review Board to Preserve MARABAR (2020) 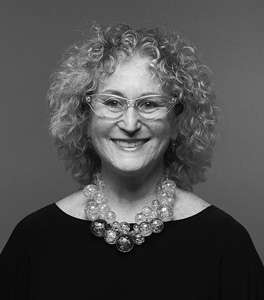 Editor’s Note: On April 8, 2020, Penny Balkin Bach, the executive director and chief curator of the Association for Public Art, wrote the following letter to the District of Columbia’s Historic Preservation Review Board (HPRB), asking that body to reconsider its approval of plans that would demolish the sculpture MARABAR at the National Geographic headquarters. Completed in 1984, MARABAR is the work of celebrated artist Elyn Zimmerman, who recently spoke with TCLF about her career and the National Geographic commission in particular. After officially listing the National Geographic headquarters in its Landslide program for threatened cultural landscapes and landscape features, TCLF also requested that the HPBR revisit the case in light of information that the review board lacked when it rendered its initial decision.

I am writing on behalf of the Association for Public Art (aPA) in support of the preservation of Elyn Zimmerman's artwork "Marabar" at the National Geographic Society Headquarters in Washington, DC.

We were shocked to learn that Marabar in its setting might be destroyed, given the importance of the artwork, duration of its placement, stature of the artist, and role that the National Geographic Society plays to "protect the wonder of our world." We feel confident that the District of Columbia's Historic Preservation Review Board (HPRB) -with greater understanding of the significance of "Marabar-will" revisit and reconsider approval of the plans for the newly designed plaza.

Elyn Zimmerman is a pioneer and one of the earliest contemporary female artists to work at such a monumental scale. Her large-scale artworks have contributed to and defined the use of natural elements in the field of outdoor sculpture and public art. "Marabar," the artist's first public commission, is an indispensable artwork in the trajectory of her artistic career and one that has survived the test of time for more than 35 years at its location.

Zimmerman is an artist -explorer who travels the world and reflects on the archeologic al and geological sites that she visits as a departure point for the creation of her artworks. This is why "Marabar" resonates with its audience and is so perfectly suited for the public plaza of the National Geographic Society which"... uses the power of science, exploration, education, and storytelling to illuminate and protect the wonder of our world" (from their website). "Marabar" perfectly epitomizes these ideals.

Established in 1872 as the first public art organization in the United States, the Association for Public Art is an advocate for the pr eservation and appreciation of works of art, especially those that are site-specific, as in the case of "Marabar". It would be a travesty to destroy this work so that it could not be enjoyed by future generations. The success of "Marabar" in 1984 was due to the symbiotic relationships among the architect, artist, and landscape architect who worked together to integrate the building, the artwork, and the surrounding landscape.

Washington, DC is a beacon for the integration of art in the public realm, with artworks featured at its numerous national parks, monuments, and Federal buildings. We strongly urge that Elyn Zimmerman's "Marabar" be preserved in its original location as an exemplary, site-specific public artwork.