Visited by Washington, Jefferson, Madison and Monroe, Lafayette and Lee, the town of Buckland remains a living relic of an early Virginia mill town.

According to Carter Hudgins, Chair, Department of History and American Studies at Mary Washington College,

There is no place quite like Buckland. That is not because there were not places like it. There were scores, but they were long ago overwhelmed by neglect or growth and, as a result, Buckland is a unique portal into a time.that gave shape to...America 's singular capacity for entrepreneurial success. The wealth of surviving material could and should become the center for an important re-evaluation of how Virginia and how by extension, the new nation embraced and shaped a future made possible by Republican Government...

The town of Buckland, Virginia stands on land that was once part of the Broad Run Tract owned by the 6th Lord Fairfax, who then conveyed the land to the Robert (King) Carter family. Carter's sons conveyed the land to Samuel Love in 1774. Love and his four sons transformed the property into a vibrant mercantile center. In 1775, Samuel Love petitioned the Virginia General Assembly to re-direct the Old Carolina Road to access the growing number of shops. Outside merchants arrived, and leased adjoining parcels or built shops of their own. Shops include a distillery, a wheelwright, two taverns, blacksmith, tannery, mill, an apothecary, saddle maker, cooper, woolen factory, as well as a church. By the end of the 18th century Buckland was a sustainable small town.

John Love inherited the main house from his father in 1787 and, along with his brothers, farmed the land on an extensive scale. They bred horses, operated a stone quarry, and experimented with several varieties of wheat for grinding in their mills. They also started importing Arabian and European horses, making Buckland one of the first large scale breeding farms in Virginia. In 1787, the Loves sold a horse to General George Washington, and, in 1799, provided horses for the US Army under James McHenry, Secretary of War.

In 1797, by petition to the Virginia General Assembly, John Love laid out a grid of lots around the irregular cluster of early shops and outbuildings. The petition recommended "Buckland as a proper place for establishing a town and possessing singular advantages over any other situation within a considerable distance."

Buckland continued to prosper into the 19th century due to expanded routes of travel. The Fauquier-Alexandria Turnpike was constructed in 1823 through the center of Buckland, and the old road at the north end of town was abandoned. "The Pike," the first road of its type in Virginia, was paved using a revolutionary new process invented by John Louden McAdam. It brought travelers and a thriving commerce to Buckland, aided by the Pony Express, the Post Office and a stagecoach line. Several new buildings were built along the McAdamized road including the Stage Coach Inn. Abutments of the stone bridge, designed by Napoleon Bonaparte's bridge engineer, Claudius Crozet, are visible from Route 29.

The 1835 Gazetteer of Virginia listed the population of "135 whites and 50 blacks". These African Americans were freed slaves, skilled laborers who owned land, homes and slaves in the 1790s. One former slave who worked in the Buckland Distillery named himself 'Ned Distiller' and is listed on the 1810 census as freed.

During the Civil War, Buckland's mills became a prime military target because of their proximity to the Warrenton Turnpike. Buckland was occupied at different times throughout the war by both Union and Confederate troops. The first shots of the Second Battle of Manassas were fired on Crozet's stone bridge in August, 1862. On October 19, 1863, the Confederate Cavalry enjoyed its final southern victory in Buckland when it rousted the armies of Generals Kirkpatrick and George Armstrong Custer. Referred to as 'Custer's First Stand', this was Custer's most serious defeat prior to the Battle at Little Big Horn. After the Confederates recaptured Crozet's Bridge, they sent the Yankees scrambling on a five-mile steeplechase along the Warrenton Turnpike. General J.E.B. Stuart humorously called the victory "The Buckland Races." Later, stating in his official report, " I am justified in declaring the rout of the enemy at Buckland the most single and complete that any cavalry has suffered during the war." The Union Army suffered 230 casualties. Buckland Tavern and the Church were set up as hospitals for the wounded. 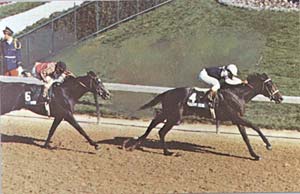 Richard Bland Lee and his descendants lived at Buckland until 1935. Mrs. R. B. Lee's first cousin, painter John Singer Sargent, visited Buckland Hall on several occasions during the late 19th century and painted a rare watercolor of the house, as well as three large oil landscapes of the farm. In 1935 the farm was sold to Mitchell Harrison, who hired architect Irwin Fleming to restore the main house.

The most important distinction to understand about Buckland, setting it apart from similar towns of that period, is that it did not experience the continued success that railroads, steam power, and Civil War Reconstruction brought to other towns. William Graham, Architectural Curator of the Colonial Williamsburg Foundation has stated that "...the survival of traditional building landscape at Buckland is much better than what we have at Williamsburg". This unique situation has left Buckland with most of the earliest structures constructed from native material harvested and quarried from the site. These buildings stand in situ, surrounded by an original cultural landscape that has not been fragmented over time.

Dr. William Kelso, Director of Archeology, Jamestown Preservation Virginia, has prepared this written statement about Buckland: "Buckland has the unique potential to teach generations to come much about American values, especially the role of free enterprise, in the development and growth of the United States during its founding years between the American Revolution and the Civil War era."

The road that was at the heart of Buckland two hundred years ago is now a major thoroughfare, carrying large volumes of 'through' traffic. In addition, the local traffic is associated with some of the fastest growing suburbs in the nation. Virginia's long-range transportation plans call for Route 29 to grow to six lanes through Buckland if no alternative is found. 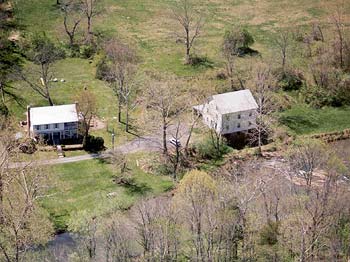 Planning and easements, however, can solve only one part of the problem. A large remaining issue is the proposed widening of Rt. 29 and associated suburban sprawl. Public support and lobbying efforts are urgent to create alternate transportation corridors.