One of the first of its kind in the nation, the survey is the result of a multi-year multi-organization partnership. 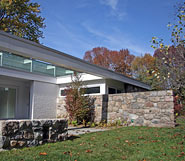 This survey is especially noteworthy given the meaningful participation of the owners, many of whom not only asked to be  included, but offered interior access as well as use of their own archival materials related to the building. The information will be utilized to construct a multiple property nomination for the National Register of Historic Places.

New Canaan, only an hour from New York City, became a center of Modern architecture when a group of Harvard University-educated architects settled in the town in the 1940’s. Later known as the “Harvard Five”—Marcel Breuer, Landis Gores, John Johansen, Eliot Noyes, and Philip Johnson—established what would become a core of architects who experimented with Modern residential design. 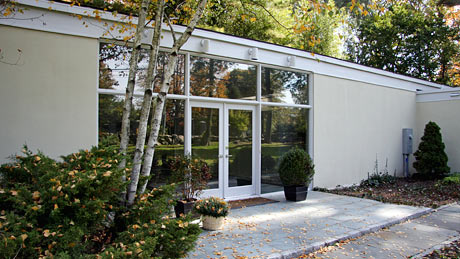 The completion of Philip Johnson’s Glass House caused an immediate nationwide sensation and the architects capitalized on the attention by participating in a series of Modern house tours that showcased their work.  By the end of 1952, over thirty Modern houses had been constructed and, by the end of the 1970s, more than 100 houses were scattered around town.

Today, thanks to the efforts of organizations such as DOCOMOMO_US and the National Trust for Historic Preservation, combined with the invaluable efforts of local and state preservationists, the public awareness of Modernism’s importance has greatly increased. The opening of the Philip Johnson Glass House in 2007, a National Trust property in New Canaan, drew international attention. The New Canaan survey will help to further heighten awareness of the significance of Modern design as the rich diversity of information garnered will inform historians across the country with regards to Modern resources in their own regions. 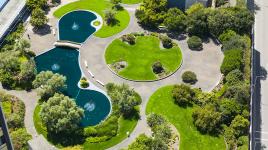 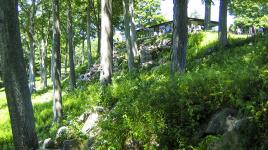 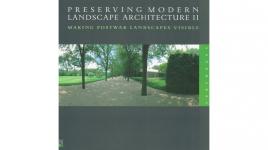