Getting Wonky at Weyerhaeuser

Getting Wonky at Weyerhaeuser

Navigating the intricacies of the review processes for the proposed warehouse construction at the iconic Weyerhaeuser corporate campus is tricky on the best of days.

A critical step in the Weyerhaeuser Section 106 review process is ironing out a Memorandum of Agreement (MOA), the legal agreement that would detail the resolution to adverse effects created by the construction of new warehouses at the campus. A draft MOA was circulated among official consulting parties two days before the most recent Section 106 meeting on Friday, March 26. While the site’s current owner, the Los Angeles-based developer Industrial Realty Group (IRG), plans to build 1.5 million square feet of warehouse space on the campus, the draft MOA only applies to the two warehouses that would be built south east of the corporate headquarters building. The remaining warehouse construction in the northern part of the campus would be the subject of a separate Section 106 review.

There were some notable developments in advance of the Friday meeting: the permit application for development in the northern part of the campus was withdrawn by the Army Corps of Engineers; and IRG formally asked the Corps, which is managing the Section 106 process, to determine if the Corps has jurisdiction over wetlands and streams on both pieces of the campus being developed. The challenge to the Corps' authority could take six months to decide during which time the Section 106 process for the first two warehouses will continue. But if the Corps determines that it does not have jurisdiction, that would nullify the Section 106 review and/or any MOA executed and allow IRG to develop the campus, subject to local approvals. 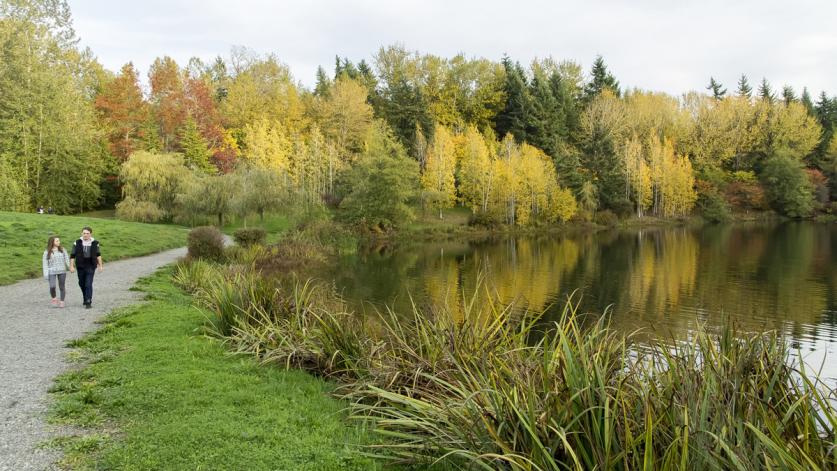 Meanwhile, the draft MOA presented was hammered out in negotiations between Allyson Brooks, the State Historic Preservation Officer and director of the Department of Archaeology and Historic Preservation (DAHP), and IRG representatives. What became apparent in the meeting is that basic but vitally important language in this legal agreement has yet to be defined and/or agreed upon, including such fundamentals such as “easement,” “viewshed,” "protection," "preservation" and other terms and phrases. There also appear to be different standards for the building architecture and the landscape architecture.

At the Feb. 26 Section 106 meeting, TCLF's Charles Birnbaum read into the record the definition of "protection" from the Secretary of the Interior’s Standards for the Treatment of Historic Properties: “Protection includes the maintenance of historic materials and features as well as ensuring that the property is protected before and during preservation work.”  The question was raised to discern the shared language of Section 106 review process. For example, how are we defining “viewshed protection” and how is that level of protection like or not like the façade easement proposed for the building architecture? 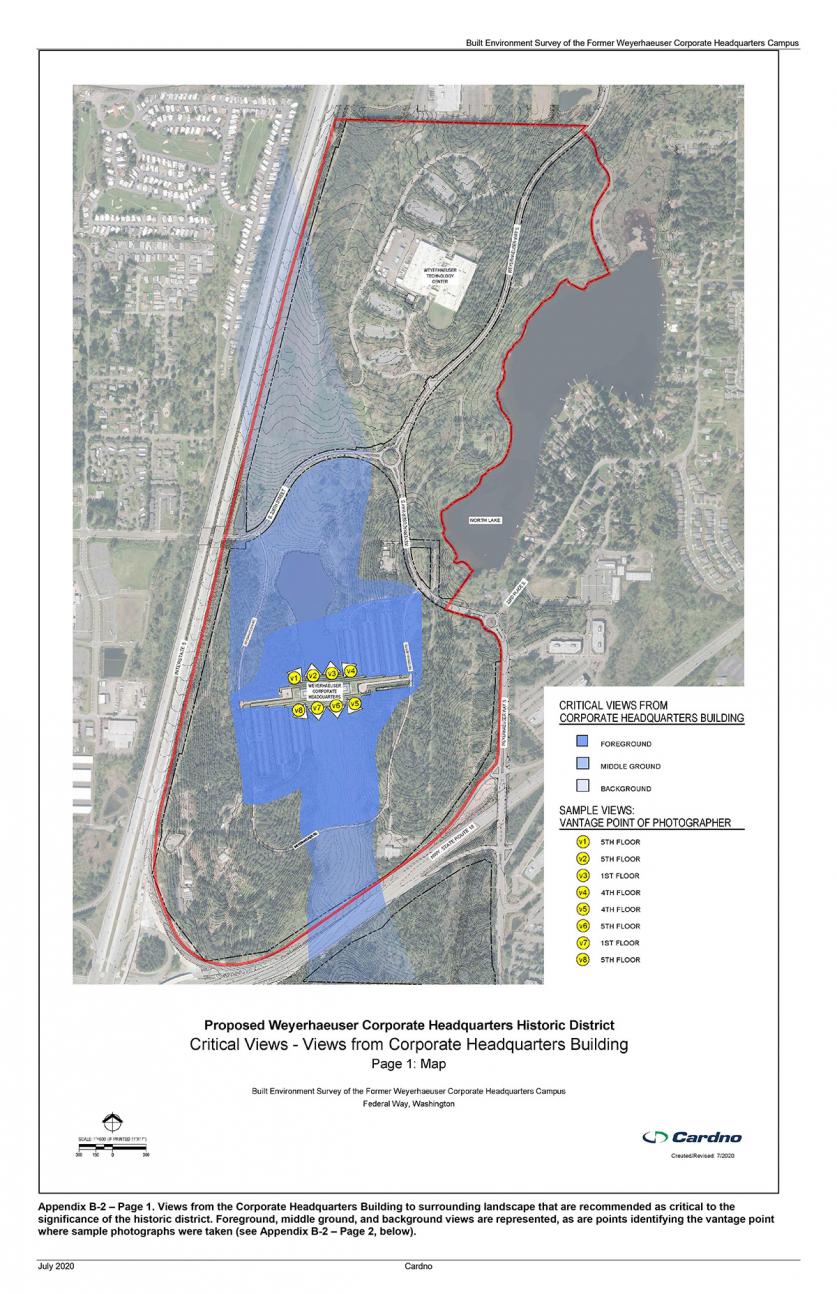 Significant views from the corporate headquarters identified by IRG consultant Cardno should inform the proposed north and south viewsheds.

Also unresolved is whether the new construction would be visible from various key vantage points. According to a February 11, 2021 IRG press release that provided “a summary of the company’s commitment to preserve and protect the historical aspects of various buildings and property” at Weyerhaeuser, IRG is committed to “[p]roviding a forested buffer on development sites and reviving the tradition of putting industrial and generic buildings behind trees so the buildings are hidden from roadways.” However, Ms. Brooks from DAHP says some of the new construction would be visible, referring to it as a “puncture wound.” The Army Corps’ Lance Lundquist, who is managing the Section 106 process, also said he assumed that some of the warehouse construction would be visible. The disparity was also highlighted by visuals developed for IRG that depicted no visible construction from Weyerhaeuser Road, the prime loop road on the campus, while visual simulations developed by the landscape architecture firms SWA and PWP contradicted that assertion.

Another issue raised by Birnbaum concerned whether the historically significant parking terraces that flank the headquarters building should be considered an extension of the building architecture, and therefore included in the easement.  Ms. Brooks noted the terraces were considered part of the historic core, but it would be up to IRG to determine if they’re covered by the easement. Dana Ostensen with IRG said the company would look at the issue internally but could not make any promises.

A further point of debate concerns the buffers proposed as part of the easements. As shown in the image lower right, buffers are proposed on either side of the viewshed between the headquarters building, Weyerhaeuser Road and Washington State Route 18. 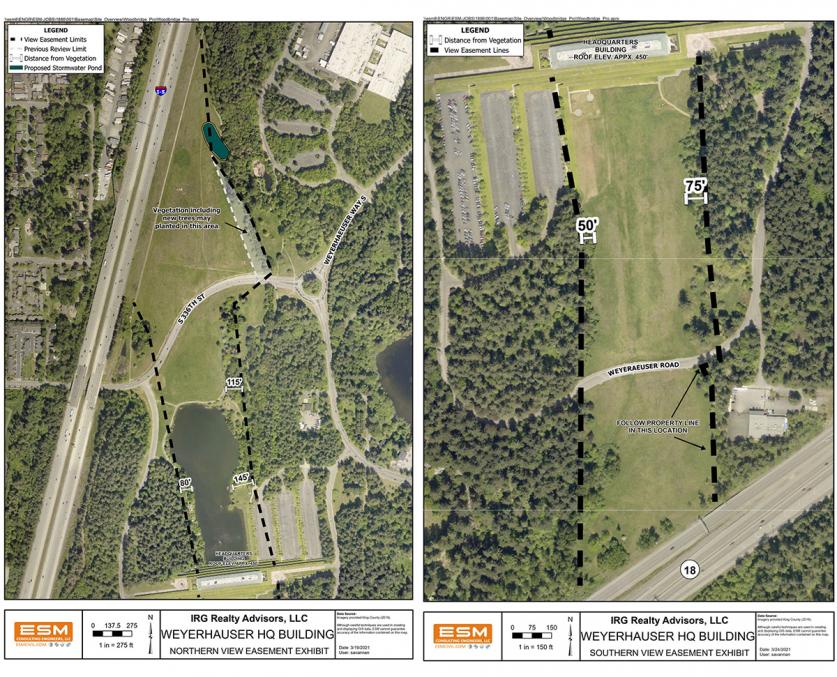 Proposed easements at the Weyerhaeuser Campus, north of the headquarters building (left) and south of the building (right).

Consulting parties questioned where the boundaries for the buffers begin and also wondered whether the areas behind the buffers would also be developed in the future.

The network of trails on the property is yet another point of concern. According to IRG's FAQ about the site: "the trails that are being used on the lakefront, meadow and botanical gardens areas, as well as those around the headquarters building, are planned to remain open as part of this current plan." However, the term "trails" was removed from the MOA at the request of one of IRG's consultants.

As stated at the outset, this is a nettlesome problem made more so because of a lack of clarity about key issues. In the coming weeks and months building consensus among official consulting parties to the Section 106 process will be critical to sympathetically managing change at this international icon. 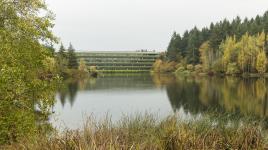 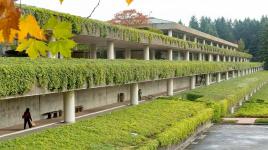 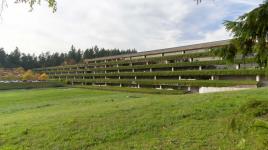