In the mid-1950s, the Girl Scouts of the USA (GSUSA) commissioned groundbreaking landscape architect Clermont Lee (1914-2006) to design a garden for its newly acquired house museum and interpretive center in Savannah, Georgia, at the birthplace and girlhood home of its founder, Juliette Gordon Low. After rigorously researching planting plans, Lee designed an historically appropriate garden, which included plantings that were popular during Gordon Low’s childhood.

TCLF added the garden to its Landslide program in 2016 after a proposal was announced to demolish Lee’s parterre design, nested within the property that is Savannah's first registered National Historic Landmark and that is visible from Oglethorp Avenue within a locally designated historic district. A public outcry came in the wake of media attention that highlighted impending changes to the garden, as well as changes that had been made within the historic home. An advisory group, including descendants of Juliette Gordon Low, was then formed to give guidance on the birthplace as a cultural resource; but the group was rarely convened. 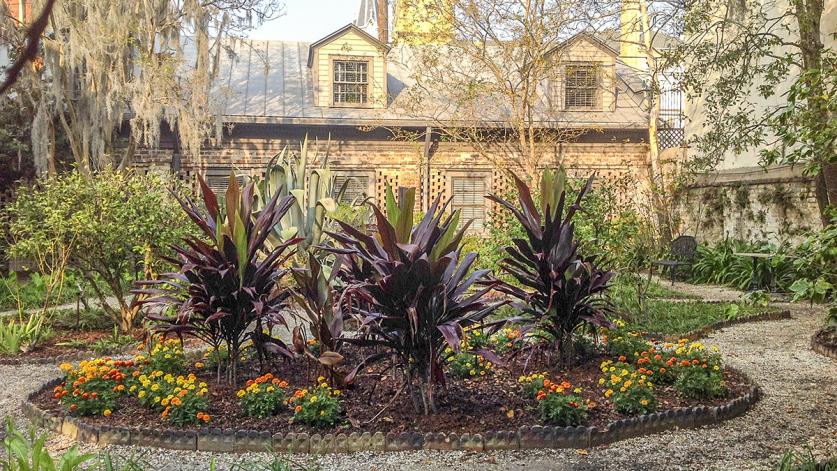 After waiting nearly a year to see new site plans, Gordon Low’s descendants were told at a recent advisory group meeting that the group would no longer meet, although GSUSA "will continue to engage with you regarding high level / strategic thinking around the Birthplace.” Then, on the following day, June 21, 2018, Lisa Lopez, the executive director of the birthplace (owned and operated by the GSUSA), announced new plans for the site. Those plans, developed by the Savannah firm dmdg2, include the destruction of the Lee garden, calling for a permeable hardscape throughout, with border plantings and movable trees in pots.

The GSUSA claims the plans are merely preliminary “concepts,” with a landscape designer to be hired in early 2019. However, the proposed plans to destroy the garden have been lauded by GSUSA as “exciting news.” A renovation to the garden, which has not been well maintained in recent years, is certainly necessary, and measures to achieve compliance with the Americans with Disabilities Act, while still remaining respectful to the original, historic design, are certainly feasible. Rather than destroying the garden, renovations should be undertaken by a professionally trained landscape architect with expertise in historic landscapes. 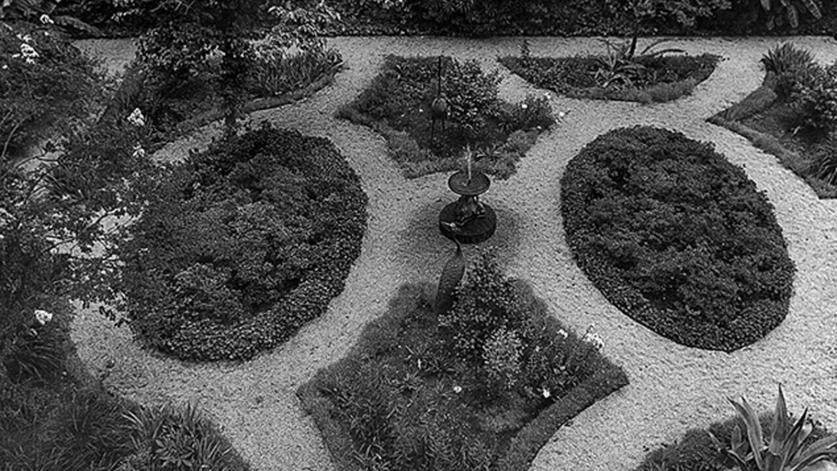 Clermont Lee could well serve as a role model for any aspiring Girl Scout. She was among the earliest women to practice landscape architecture professionally in Georgia and was reportedly the first professionally licensed practitioner in the City of Savannah. Her career included the prescient renovation of five of Savannah’s historic squares, which sometimes pitted her steadfast determination against the wishes of the city. Lee’s design and planting plan for the birthplace garden are still intact, and the garden is very likely eligible for listing in the National Register of Historic Places.

Write to Sylvia Acevedo, CEO of GSUSA, and Kathy Hannan, board chair of GSUSA, and ask them to reconsider plans to destroy the garden designed by Clermont Lee at the Juliette Gordon Low Birthplace. 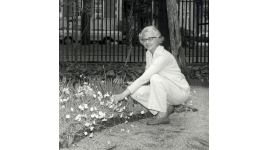