It Takes One: Kristin Faurest and Sadafumi Uchiyama

It Takes One: Kristin Faurest and Sadafumi Uchiyama

It Takes One: Kristin Faurest and Sadafumi Uchiyama
Jun 21, 2019 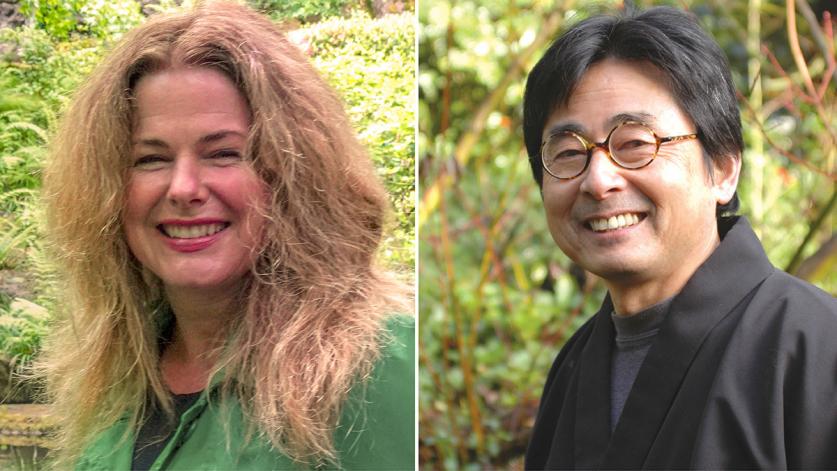 Sadafumi Uchiyama, garden curator of the Portland Japanese Garden, is a third-generation Japanese gardener and landscape architect. Traditional apprenticeship in Japanese gardening combined with the formal training in Western landscape architecture has allowed Uchiyama to design and build a unique and wide range of private and public landscape projects. Two of his representative projects are the renovation of the Osaka Garden in Chicago’s Jackson Park, and the renovation of Shofu-en Garden at Denver Botanic Gardens. He has published in the Journal of Japanese Gardening, Garden Design, and Fine Gardening. In 2018 Uchiyama received a prestigious Garden Design Award from the Garden Society of Japan for his work on the Portland Japanese Garden’s new expansion—the first time such an award has been given for a project outside of Japan.

Kristin Faurest, director of the Portland Japanese Garden’s International Japanese Garden Training Center, completed her landscape architecture studies at Corvinus University in Budapest, Hungary. She also worked and studied at the Royal Botanic Gardens, Kew, England, where she studied at the School of Horticulture and helped maintain the garden’s Japanese landscape. While managing her own design firm for thirteen years, she taught masters of landscape architecture candidates at the University of Applied Sciences in Nurtingen-Geislingen, Germany. Faurest has published widely in several journals, such as Topos: The International Review of Landscape Architecture and Urban Design, and is the author, co-author, or editor of several books, including, most recently, Community-Built: Art, Construction, Preservation and Place (Routledge, 2017). She joined the Portland Japanese Garden in 2016 as the Training Center’s first director.

KF: The Training Center offers a place where students of all levels can learn about the Japanese garden and related art forms. Our staff and visiting faculty from Japan teach traditional skills and techniques for creating and fostering Japanese gardens, while acquainting learners with the garden’s cultural heart and soul. Providing an educational opportunity that embraces both the underlying aesthetic and philosophical principles and the hands-on training essential to understanding the art and science of the Japanese garden is something that has not been done before outside of Japan. 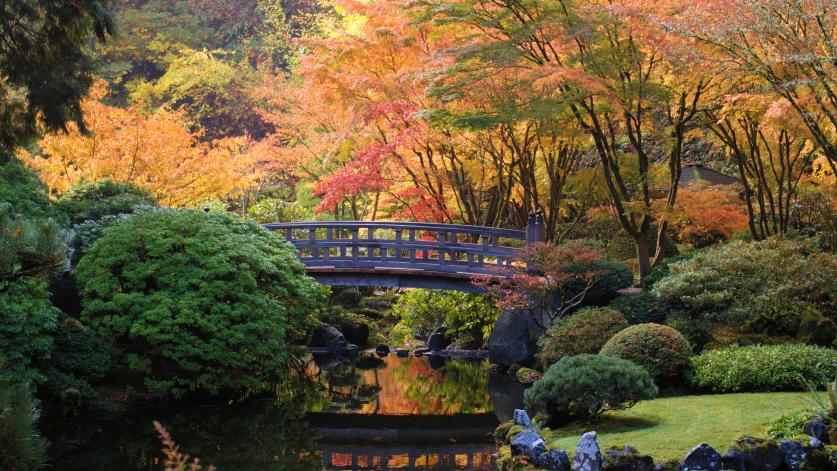 Sada, the concept for the training center originated with a white paper you submitted as a volunteer. What motivated you to create such a program?

SU: I studied with my grandfather, father, and uncles in Japan, as the craft of traditional gardens is passed down through masters to apprentices and is not something that is taught in schools or universities. Then, for a while, I very determinedly left the world of gardening to work on planning and reforestation projects in Yemen and Tanzania. When I came to the United States in 1988, I earned a B.L.A. and an M.L.A. at the University of Illinois and eventually found my way to the Portland Japanese Garden—a return to my roots, as it were, but way on the other side of the Pacific. More than twenty years before the Garden started the Training Center, I had this idea that Japanese garden skills and techniques can be taught to non-Japanese audiences outside of Japan. So much of the essential wisdom and knowledge about gardens is not written down: it is collective knowledge shared by masters and traditionally can only be gained through long apprenticeships. But I believe most of it can be taught, and must be taught, if the world’s Japanese gardens are to provide future generations the same transcendent experience they have given current and past ones.

Kristin, the Training Center includes public lectures and amateur-level, hands-on workshops, as well as educational outreach activities for children. Why do you think it is important for non-landscape professionals to have an understanding and appreciation for Japanese gardens?

KF: You don’t have to be a landscape professional to appreciate Japanese gardens, and we don’t want to exclude anyone who is curious to know more—we want the garden to touch people from all backgrounds, age groups, and sensibilities. With the Garden+ Lecture Series, a public series we launched this year, we place the Japanese garden in thoughtful new contexts and explore how human culture and nature meet. With our outreach program for underserved schools, Haiku Alive, we give children a way of using a poetic form as a new means of expression to articulate how being in nature touches their senses.

How are the landscape’s aesthetic principles and spiritual underpinnings translated and appreciated by Western audiences?

KF: Japanese gardens are places for people from all walks of life to experience harmony and tranquility.  They have the potential to foster in us a deeper understanding of nature, and of each other. The composition and the forms in a Japanese garden evoke nature, and that touches us on a very deep and even unconscious level.

SU: And going beyond that, there are resonant ecological design principles that Japanese gardening has embraced for a thousand years, like designing transformative and cloistered places in tight urban settings, managing excessive precipitation through aesthetically pleasing site design, and creating gardens that are healthy and thriving through four distinct or even extreme seasons. Every garden maker in the world would want to know how to do all those things, regardless of whether one can call the garden Japanese. 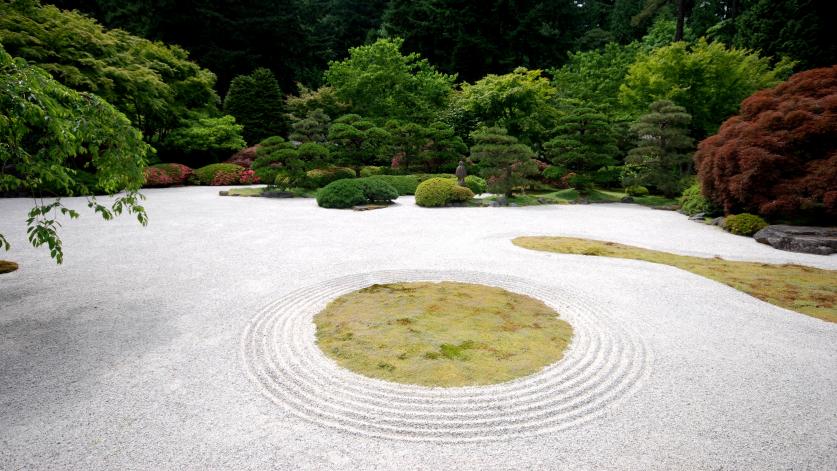 Portland’s climate closely approximates Japan’s, but Japanese gardens have been created across the United States and the world. What role does climate play in determining the design of a Japanese garden, and does that have a bearing on a garden's authenticity?

KF: Creating a Japanese garden anywhere outside of Japan raises questions about authenticity that are not simple to answer, and about which there certainly isn’t consensus. Pacific Northwest Japanese gardens benefit from both the local climate and vegetation, as well as from the long historical presence of the local Japanese community. It’s not a piece of Japan, it’s evolved into its own art form. We use a lot of Pacific Northwest natives as well as Japanese plants. It’s the composition and the long-term stewarding of the garden that make it Japanese, not the label on the plant. Still, in climates extremely different from Japan’s, like Florida, Israel, or Brazil, the local climate and landscape character is going to be much more apparent and the materials selection and maintenance challenges bigger.

SU: In many places, it’s difficult to cultivate plants in the proper contours and forms, or to source the right kind of stone. But to fight against local natural conditions and waste materials that don’t respond well to the natural climate contradicts all good practice. No Japanese garden master would encourage you to do that. You must work, with great skill and knowledge, with what’s available, take your design cues from nature, and nurture it over time—just as they do in Japan.

Sada, how does your educational background in traditional Japanese gardening and Western landscape architecture influence your own design work at the Portland Japanese Garden?

SU: Part of it is in the design process. In Japan, the tradition is to work from the details up and let the available materials guide how the garden takes shape. But I also have to work with an organization that is subject to local planning rules and regulations, and I have to work closely on large projects with many people who aren’t raised in that tradition. So I have to be able to work with a master plan with equal fluency. But if I look at the two traditions that I’ve learned from, I see so many parallels and mirror images, and it’s not as much of a contrast as one might think. I value and use what I learned from my family and my other masters in Japan, but I also find resonance and meaning in Thomas Church’s ideas on unity, function, simplicity, and scale. The roads are different, but the ultimate destination is the same: to give people the experience of connecting to nature. 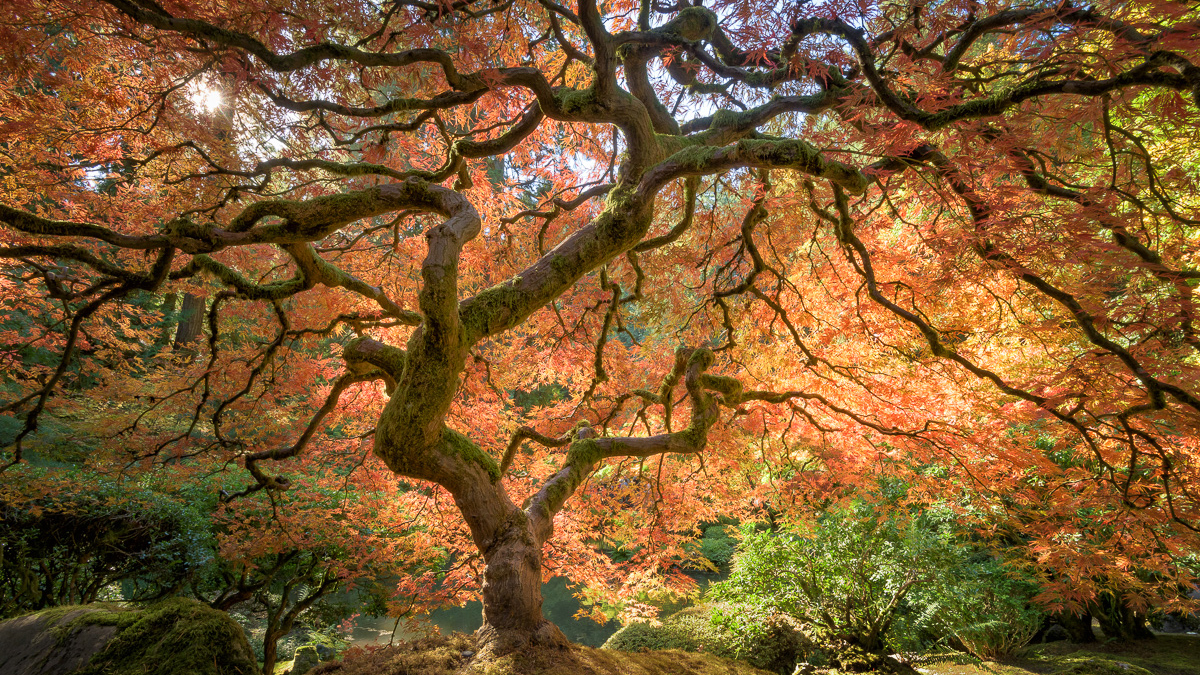 Reportedly, interest in the garden craft among Japanese people is waning. Do you think that interest can be rekindled?

SU: This is a universal problem neither new nor unique to Japan—the younger generation not wanting to take up the mantle and continue what generations of masters of the craft have done. Portland is an energizing place to work because this community has such a passion and respect for craft…yes, even to the point that it sometimes gets parodied. But it is genuine, and many of those people are quite young, and maybe the craft wasn’t even in their family tradition. So, these things may go through cycles of waning, but it doesn’t mean they are doomed.

KF: We are lucky here that we get to collaborate with firms and professional associations in Japan who have young, gifted, dynamic people in their ranks who are passionate about keeping the fire alive. And I truly hope with our endeavors at the Training Center we can do at least something towards inspiring and supporting the next generation, both here and in Japan.

What message would you like to give to our readers to inspire them to make a difference?

KF/SU: Many people know the Miyazaki film “My Neighbor Totoro,” but what they don’t know is that the film’s rural landscape of fields, waterways, village, and forest—known as satoyama—became endangered in recent decades due to unsustainable practices. Miyazaki and others led an effort to avert the looming tragedy by using the imaginary geography and characters of the movie as the basis for public signage, educational materials, and other media to convey why it was important to save this delicate system. Because of how deeply loved the story of Totoro is, it affected people in a deep way, one that a more conventional message would not have. What happened? The landscape gave birth to the story, and then the story came back to save the landscape. That’s it right there. We have to remember that what we want to nurture and give the next generations isn’t nature protected under glass, with a sign saying ‘Do Not Touch!’.  It’s nature inseparable from ourselves and our culture, worthy of our deepest love and respect, and of which we ourselves can be worthy. Let that be what drives everything we do, and the rest will take care of itself. 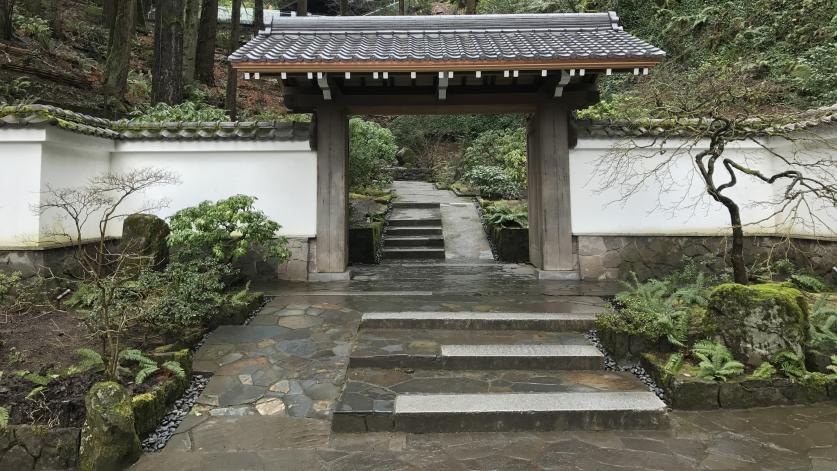 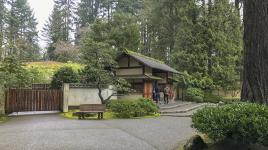