It Takes One: Rebecca McMackin

It Takes One: Rebecca McMackin 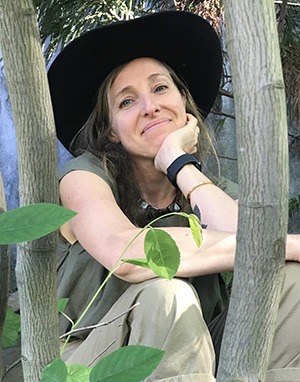 Rebecca McMackin is an ecologically obsessed horticulturist and garden designer. She has spent the last decade as Director of Horticulture of Brooklyn Bridge Park (BBP), where she manages 85 acres of diverse parkland organically and with an eye towards habitat creation for birds, butterflies, and soil microorganisms. Rebecca grew up gardening on an old farm in Connecticut, but only became a professional at 30 when she moved to Brooklyn to garden for NYC Parks. She was soon the head gardener at historic Washington Square Park, where she learned the fine art of maintaining a display bed amid the chaos and excitement of one of the busiest parks in the country. She began managing Brooklyn Bridge Park just after it opened in 2010 and has built out the horticulture department from a rag tag crew just doing their best, to a passionate and efficient operation developing management strategies now used by people across the continent. She cares a lot about ethical labor management and sees her work as a public servant to steward the land, care for the commons, and help the horticultural realm provide rewarding careers for a wide variety of gardeners.

Her writing has been published in the New York Times, the Landscape Institute, and the Ecological Landscape Alliance. Her work has been featured on PBS’s Garden Smart, Margaret Roach’s A Way to Garden, and Jennifer Jewel’s Cultivating Place. Rebecca holds a M.Sc. in Biology from the University of Victoria, and a M.Sc. in Landscape Design from Columbia University. She lives in Brooklyn with her husband, Christopher Roddick, their 7-year-old, and rescue dog, Winterberry.

Tell us a little bit about yourself and your background.

I grew up gardening on a small farm in Connecticut but never really thought of horticulture as a career.  I was a wild kid and worked in fashion and art, the drag world and journalism, never really settling. It wasn’t until I was 30, recovering from a Masters in Ecology, that I started gardening as an adult and fell in love. It was complicated, it was hard work, it was beautiful, and really, it was applied science. So, I moved to Brooklyn to work for the NYC Parks Department as a gardener, which was both incredible and incredibly difficult. But I was able to see the value of urban green space for what it was: how critical it was for people, wildlife, and plants to share space that was properly cultivated for all of them. So, I committed myself to urban ecology and public service, got another degree from Columbia, and relentlessly stalked the people who had the knowledge and experience I lacked. Somehow that background was deemed suitable for Brooklyn Bridge Park, where I began work right after it opened a decade ago.  Since then, I’ve been, not just managing park horticulture, but building out the department that manages park horticulture. These days, I spend just as much time thinking about people and work-flow management as plants and soils.

Knowing that Brooklyn Bridge Park is a Designed Landscape by a master landscape architect, how does this design intent inform your horticultural and stewardship philosophy?

The entire Hort Team at BBP works to manifest the design intent of Michael Van Valkenburgh Associates (MVVA). Honestly, I feel incredibly fortunate to work in such a chic park. It’s stunning. Every time I walk out to Pier 3 outboard and see these modern sweeps of bord formed concrete filled with evergreens and pink flowers, I’m just grateful. So we’re trying to fulfil their vision, but modifying the plantings where necessary.

Garden design is tough because there’s often a disconnect from the land. Most designers aren’t the gardeners on their sites and haven’t worked the land themselves. But for MVVA and postindustrial landscape design in general, they’re designing for land that hasn’t even been created yet. So of course, there are going to be species that don’t work out, or dynamics that need to be rethought, and we at BBP do that work. Fortunately, MVVA’s office is just up the hill and we have a great working relationship with them. And they love the ecological work we do, so when a muted meadow needs purple thistles and Agastache added to create better nectar waystations for migrating monarchs, we’re all on the same page.

In addition, MVVA designed this landscape specifically to change. They have this idea of “managed succession” to describe the process of gardens that were intended to evolve over time.  I see our planted spaces as dynamic systems that we are really trying to kickstart and cultivate into relative independence. Which is pretty revolutionary compared to traditional horticulture and even a lot of modern garden design, which intends gardens to stay rather static, just get bigger over time. We allow for movement and growth, seeding-in and even death. We have a faith in the natural processes of plants to create the environment that they want to live in.  A big part of our work is figuring out how to get out of their way. 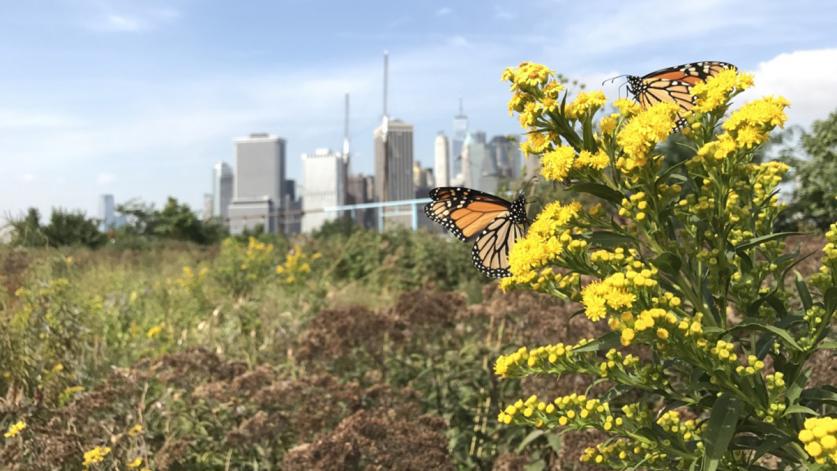 You’ve challenged a lot of traditional wisdom in your field. What has inspired or influenced you to think differently?

This is an incredible time to be in horticulture. Native plants are available in the trade, strategies to cultivate habitat go viral on social media, and more people are getting into gardening specifically because they want to create a better world. It’s a movement that is thriving and growing.

But the social and political context of this moment is also influential. I believe it’s incumbent upon each person to assess their role in society and how we engage with historical and current inequity. We need to examine how our vocations have traditionally interacted with colonialism and racism, environmental destruction. Then move forward with that knowledge to create a better world.

For horticulture, there’s a lot to work with. We’re part of a tradition that has created so much beauty in the world, but there’s also a history of importing exotic plants to be grown for profit, often to the detriment of the people and ecosystems involved. I mean, we caused the Chestnut Blight. We wiped out 4 billion chestnut trees! There is some serious stuff to address here.

So, I have a tendency to interrogate the practices of traditional horticulture, and question if they’re really relevant in this context. Why do we mulch? Why do we cutback? Is it truly helpful or is it a remnant of a European gardening practice that might not be the appropriate paradigm any longer?

When you shift from seeing horticulture as an imposition on the land, to a practice that benefits the people, plants and wildlife of that region, a lot of things fall into place. We’re constantly asking the question, what does this land want to be? And trying to help it get there. 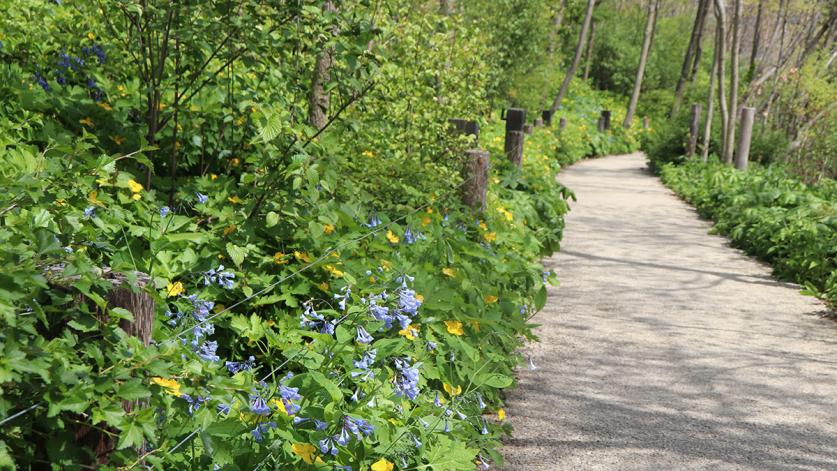 You recently spoke about shifting your perspective on seasonal maintenance at Brooklyn Bridge Park. What other ideas are you hoping to experiment with in that landscape?

We see our work here as an experiment in constructed urban ecology. Obviously, it’s more important to protect existing habitat where we can, but as our population grows and urbanizes, there’s critical work to be done figuring out how to build habitat in cities that truly supports wildlife. To that end, we’re always trying to attract rare animals to the park and see if we can figure out how to make them happy.

This summer, a gardener named Pawel found the Blueberry Digger Bee in the park. They’re common in rural areas but rare here because they feed their babies blueberry pollen and nest in sandy soils, both uncommon in cities. So now that we have them, we’re going to plant more blueberries and literally pour sand on the ground in places to see if we can grow those populations.

We’re also encouraging other parks, homeowners and community gardeners to plant blueberries and look for the bees. Which could be great for the bees but it’s also great for the people. Not only does this charismatic insect clearly illustrate the connections between plants, soils and wildlife, but there are also relatively simple actions that people can take to support them. And when people do this work, they’re growing a connection to this whole ecological web, and seeing how their individual actions can address  these massive existential crises.

Your approach to garden design is focused on ecology. What role does the idea of cultural landscapes play in your work?  For this question we are asking you to emphasize the human connection to the land -- what we refer to in our mission as "connecting people to places."

We care genuinely about creating quality habitat for wildlife but recognize people as central to that endeavor. There can be a misanthropic strain in ecology sometimes where some want to keep people away from natural areas or even openly hope for a meteor to end our reign on the planet. And I find that not only disturbing but also tactically ineffective. If we’ve got any chance at all of avoiding environmental collapse, it’s going to happen through a reconnection with nature. And that’s a big part of what we’re trying to provide here, not just for park visitors, but also for park workers.

We are overjoyed when we see someone here for a birthday party, stop and marvel at a cloud of butterflies. Or someone walking to a basketball game pick a flower. MVVA designed the park with twists and turns, paths that echo the experience of walking in the woods, and we try to plant spring ephemerals on corners where people might “find” them as they explore. Even unconscious elements like katydids calling at night and sparrows singing in the morning are really critical elements to connect people to the land and this place.

But we’re also paying attention to the connection gardeners have to the parkland and the various organisms, migrations, and even seasonal changes here. Gardeners who have relationships with individual birds and know what the wind will be like in December have the connections from which genuine stewardship can arise. 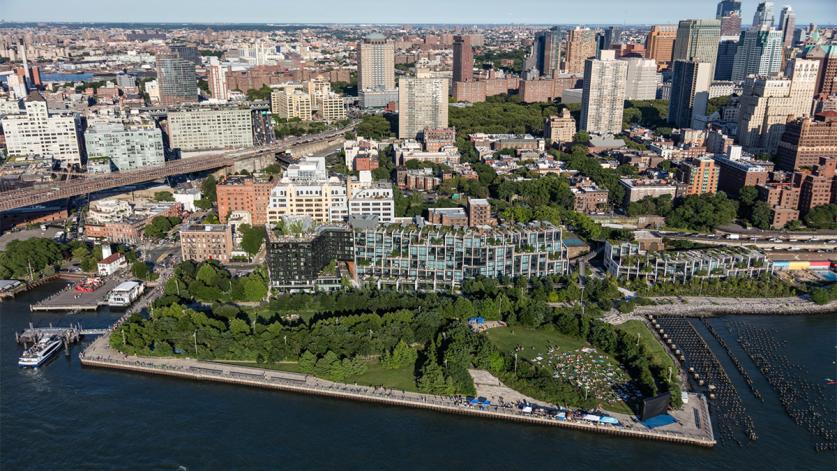 What message would you like to give to our readers that may inspire them to make a difference?

I think this work really matters! All of our work, designing, building, and caring for these landscapes can make such a critical difference. There’s more and more research to show that cities harbor similar insect diversity to wild spaces, but that urban insect abundance is greatly decreased, likely limited by available habitat. Which is marvelous news! It means that climate change might not be the driving factor in insect decline and there’s a chance that we can start to address biodiversity loss by protecting and creating habitat. This gives me great hope. And it’s doubly wonderful that this work that is so good for the soul, is good for the planet. 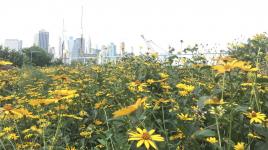 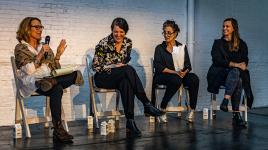 Conference Proceedings (Video) from Courageous by Design
See all related