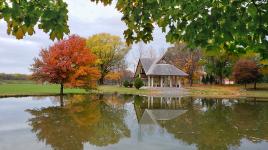 As early as 1903, Warren Manning had proposed parks for the industrial city of Wilkes-Barre, having planned a system of parks for Harrisburg, Pennsylvania’s capitol, farther south along the river. A donation of considerable acreage on the west side of the Susquehanna River, followed by a significant monetary gift from businessman Frank Kirby, prompted the city to contact Frederick Law Olmsted, Jr., of Olmsted Brothers in April 1921 to design a 106-acre park named for the donor. As development occurred, an additional donation from Kirby allowed the city to acquire another 100 acres and expand the park from Market Street to the Wilkes-Barre Railroad Connecting Bridge.

From the outset, frequent flooding was a major concern for the site. A 1920 engineering study had recommended a levee that would bisect the site and consume the available funds, but Olmsted, Jr., was determined to first develop the uninterrupted “pleasant rural and sylvan scenery” of a successful country park, while studying alternative locations for a levee—preferably at the river’s edge or along inland railroad tracks.

The F. M. Kirby Park board agreed to defer the levee, allowing Olmsted Brothers to create a great undulating meadow offering long vistas, surrounded by lush trees, including a WWI memorial grove. The meadow was designed to retain, then disperse, stormwater with a runoff drain. A bandstand, picnic grove, and playgrounds were tucked into the woodlands while paved drives and pedestrian and bridle paths ringed the meadow. Opportunities for active recreation were located along the northern edge, closest to Market Street transportation. Intended regrading and planting of the steep riverbanks were interrupted by a spring flood in 1924, just before the official park opening, and again in 1936 with more devastating damage. When the levee was finally built, it separated and protected the inner park, now reduced to fifty-two acres, from its riverside acreage. 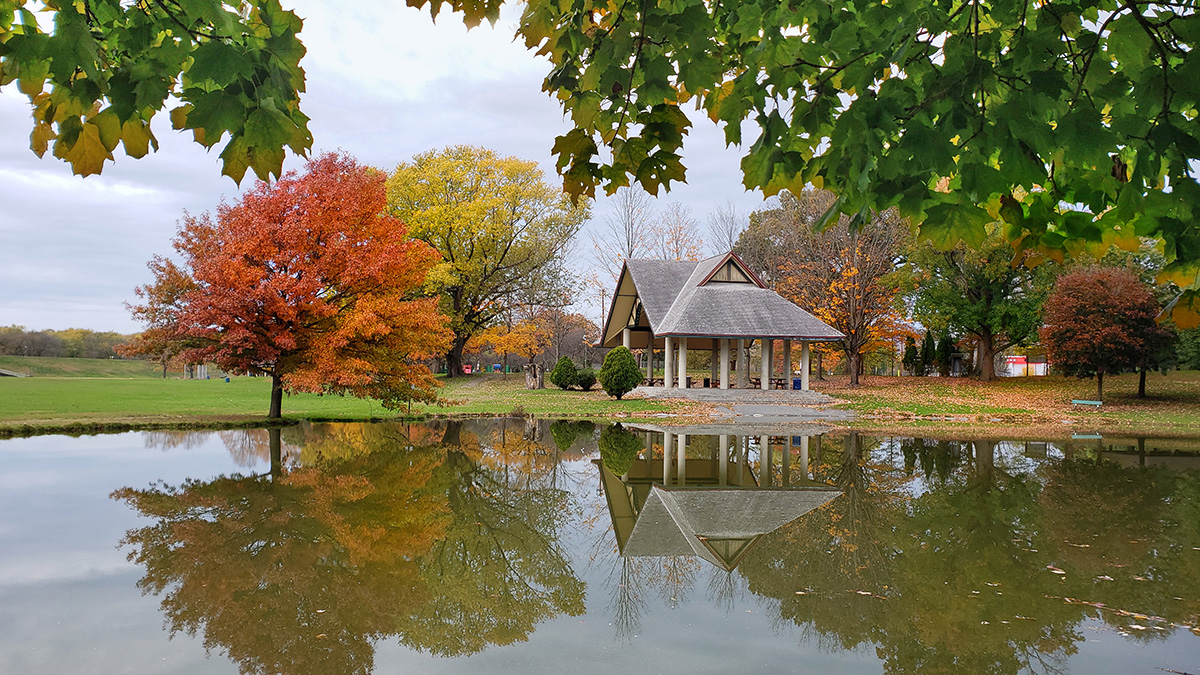 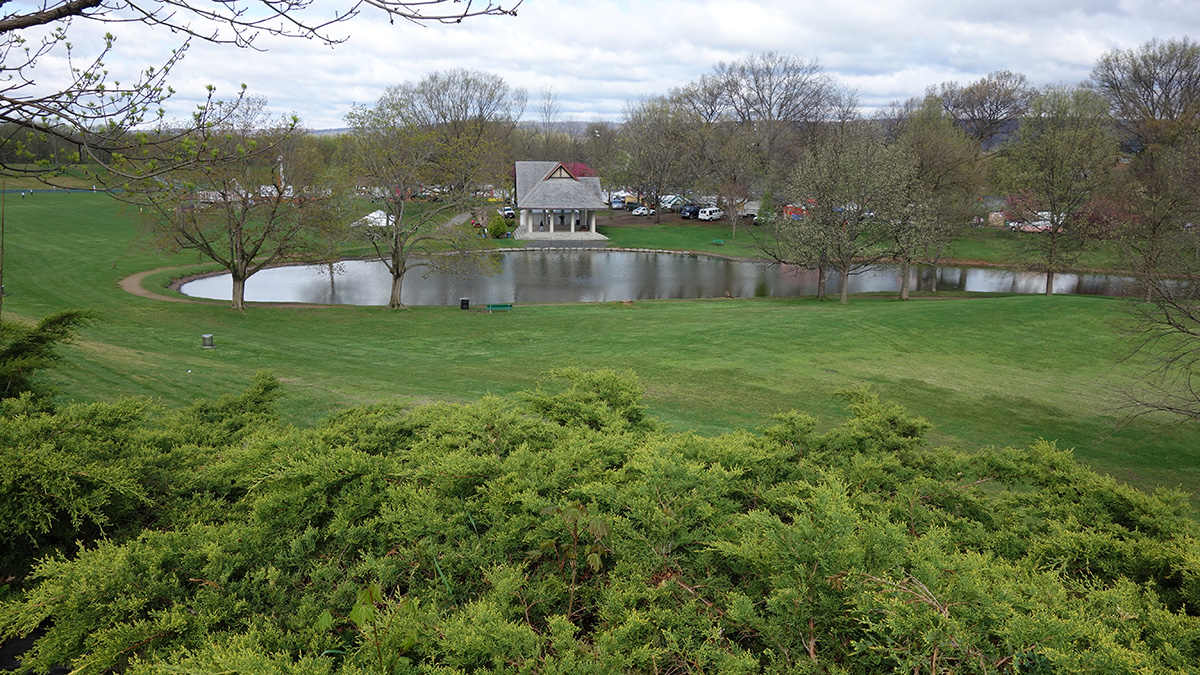 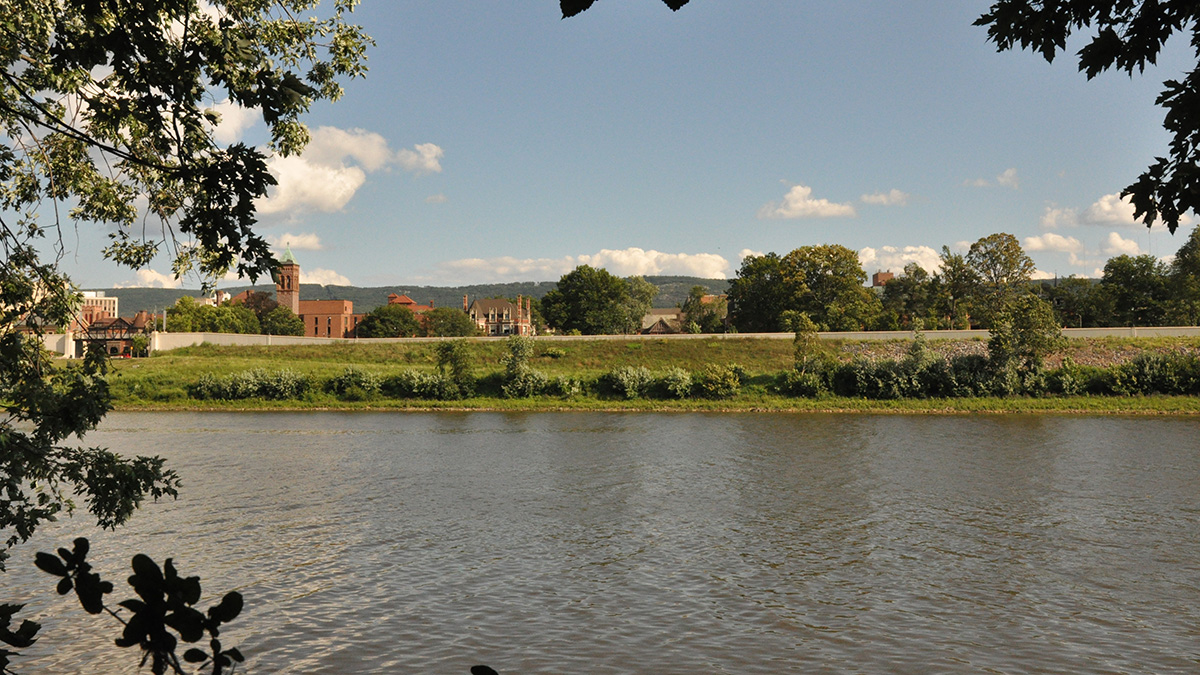 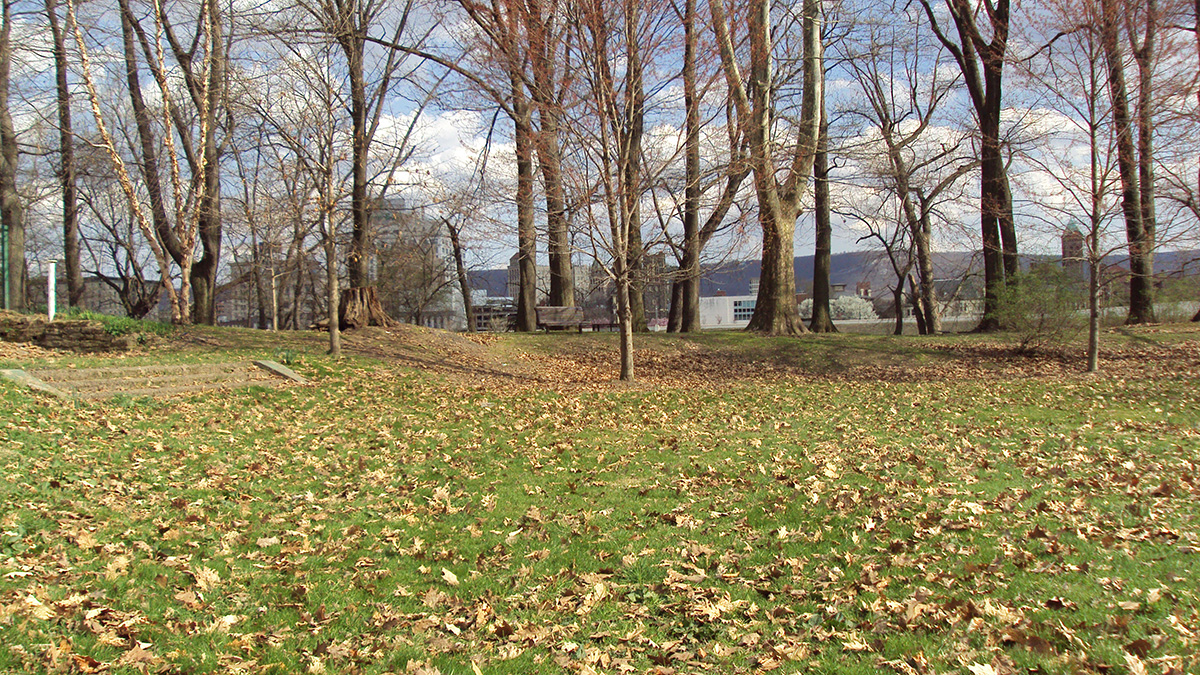 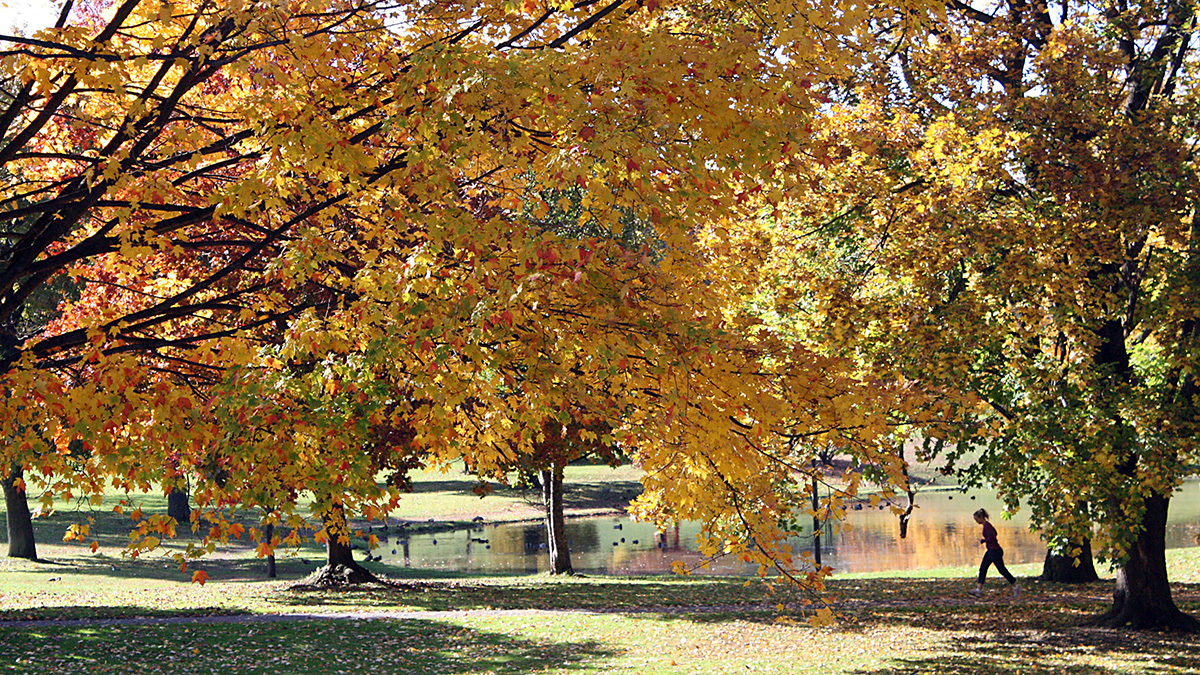 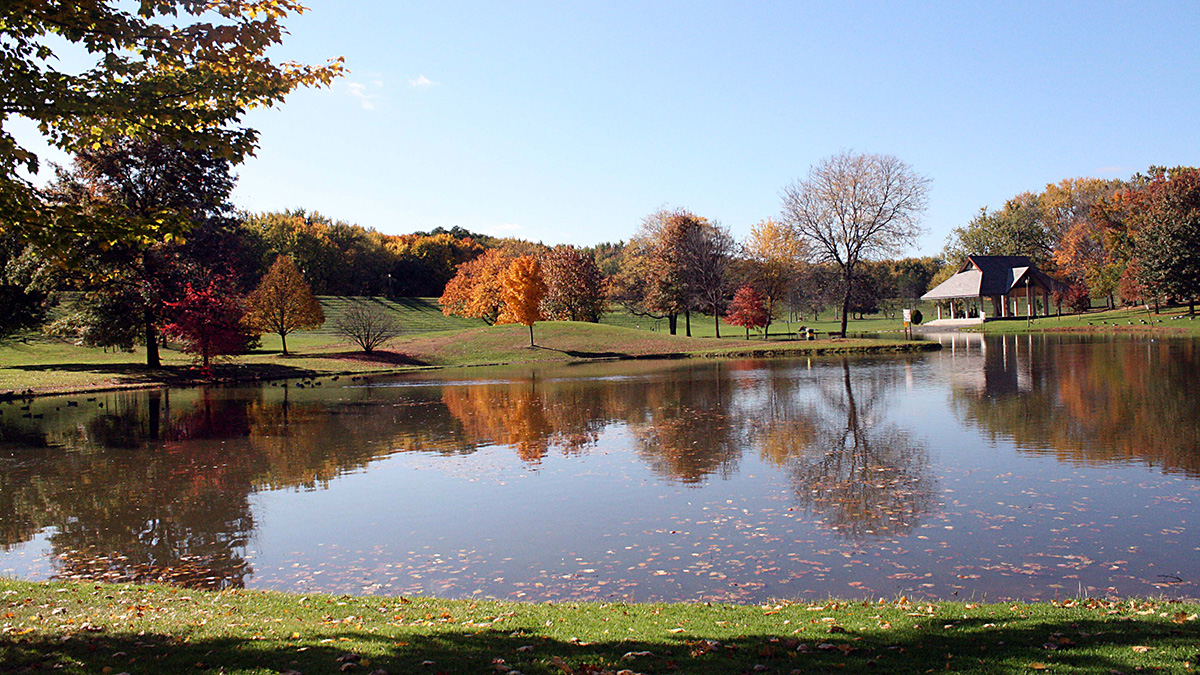