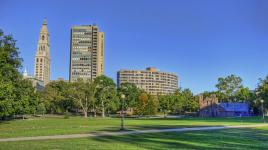 Motivated to improve access to nature for the city’s working poor, in 1853 Reverend Horace Bushnell persuaded the Hartford City Council to acquire land and lay out a park. His efforts succeeded in 1861, and Jacob Weidenmann, a Swiss-born landscape gardener recommended by Frederick Law Olmsted, Sr., was chosen to shape land into a public space, the first park in the nation to be built by, funded by, and dedicated to the public. He contoured the uneven ground, edged by the Park River and divided by Trinity Street, into a 37-acre landscape of undulating lawns, tree and shrub groupings, and curving paths, and incorporated a carriage drive crisscrossing the river, ending in a concourse with a terrace to the west.

With Hartford established as the state capital after the Civil War, a new capitol building designed by Richard Upjohn opened in 1878, abutting Bushnell Park and creating an impression of the park as an extension of the capitol grounds.

After Weidenmann’s death, John Charles Olmsted advised on park matters, including improving drives, terrace alignment, plantings, and locating various monuments, such as the 1899 Corning Fountain. Following John Charles Olmsted’s death, Edward Whiting and James Dawson of Olmsted Brothers became involved in park and capitol accessibility planning, and were consulted to locate a memorial to Hartford Times founder Alfred Burr. With changing traffic needs, challenges of river flooding, interfering railroad lines, and Depression economics, the memorial’s location was not settled until decades later in the 1960s and 1970s, and then relocated elsewhere.

Continued flooding in the park, exacerbated by a hurricane in 1938, spurred efforts to culvert the Park River. Planning by Olmsted Brothers from 1939 to 1947 addressed regrading to construct the pond. They developed new entrance plazas and terraces; relocated sculptural elements and memorials; and improved the connection between park and capitol. Bushnell Park and the Connecticut State Capitol retain much of this work. The two sites were listed in the National Register of Historic Places in 1970. The capitol building was made a National Historic Landmark that same year. 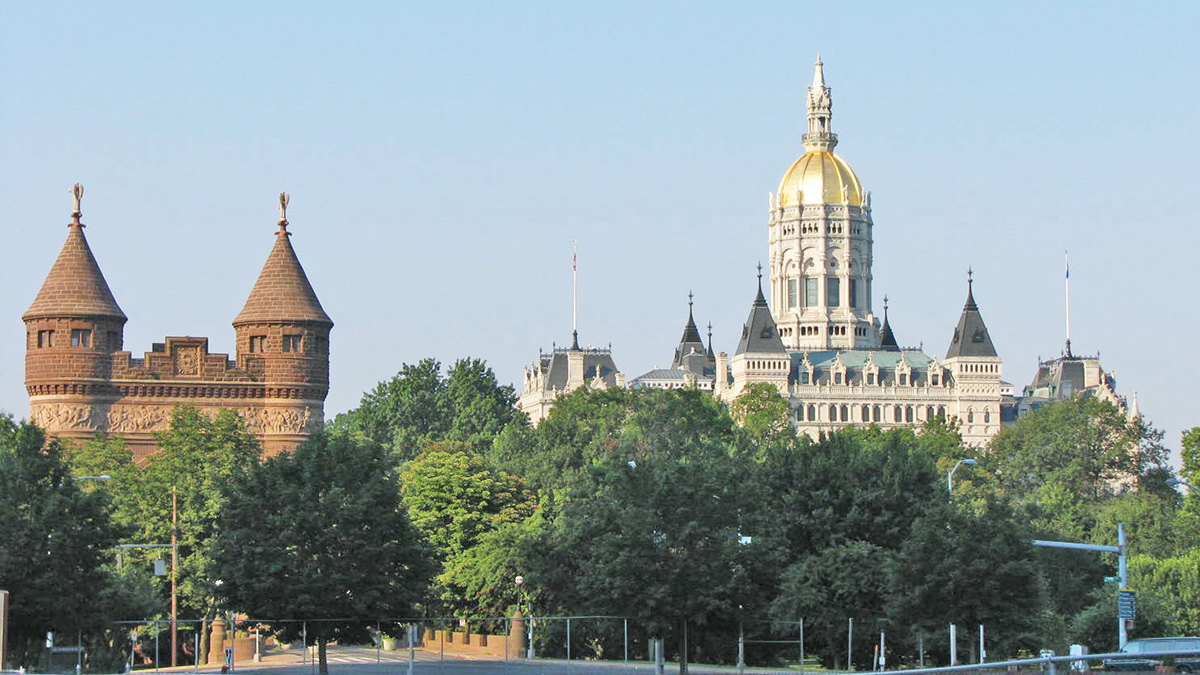 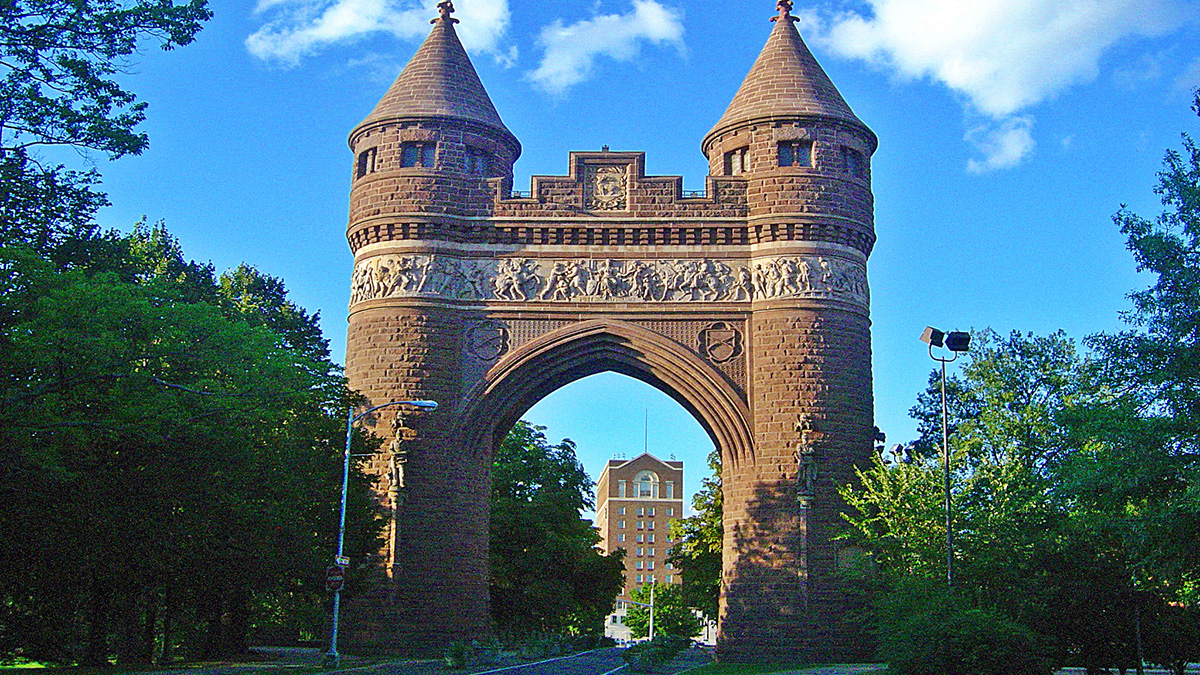 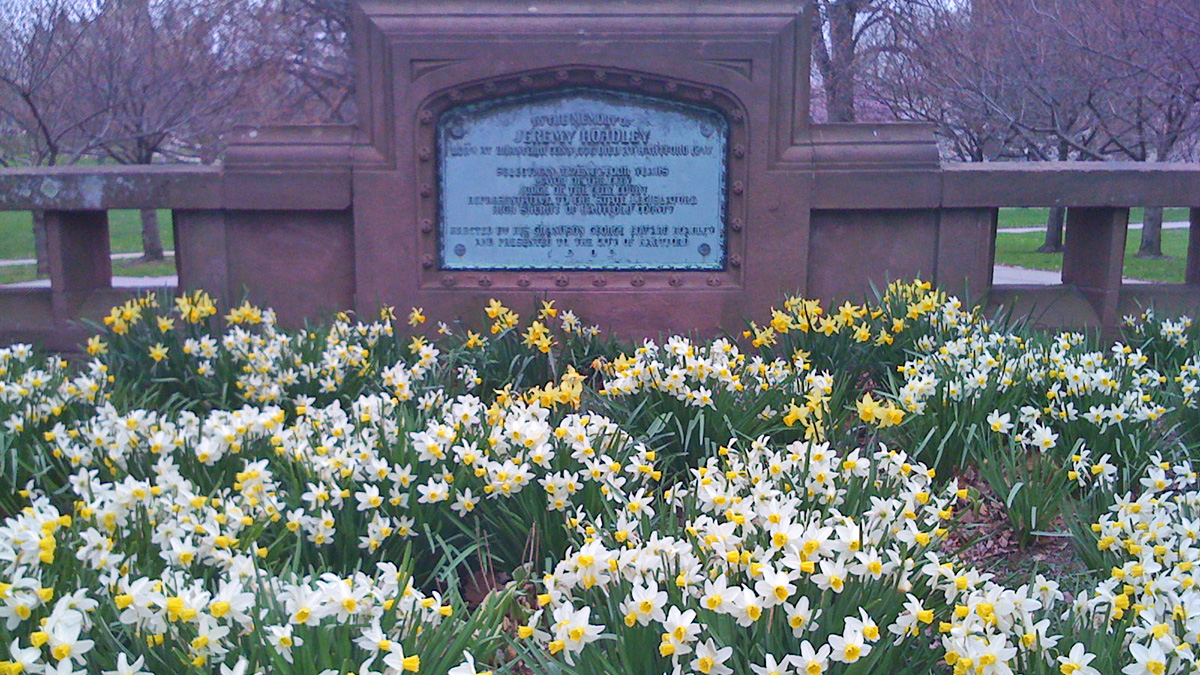 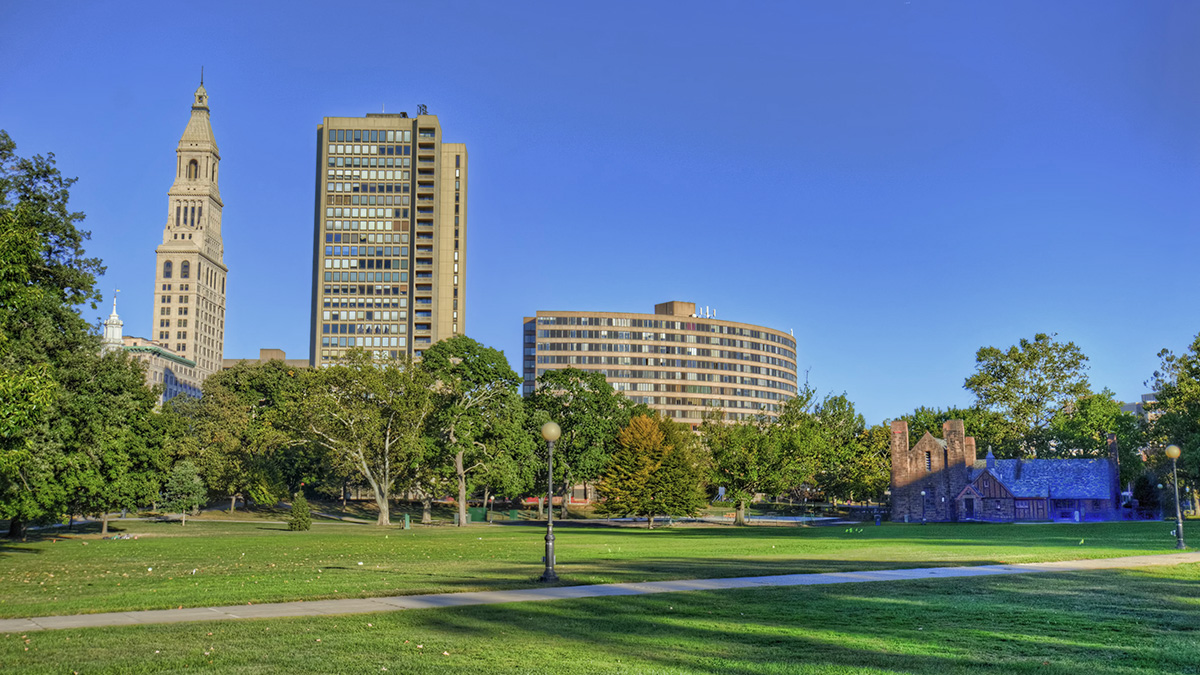 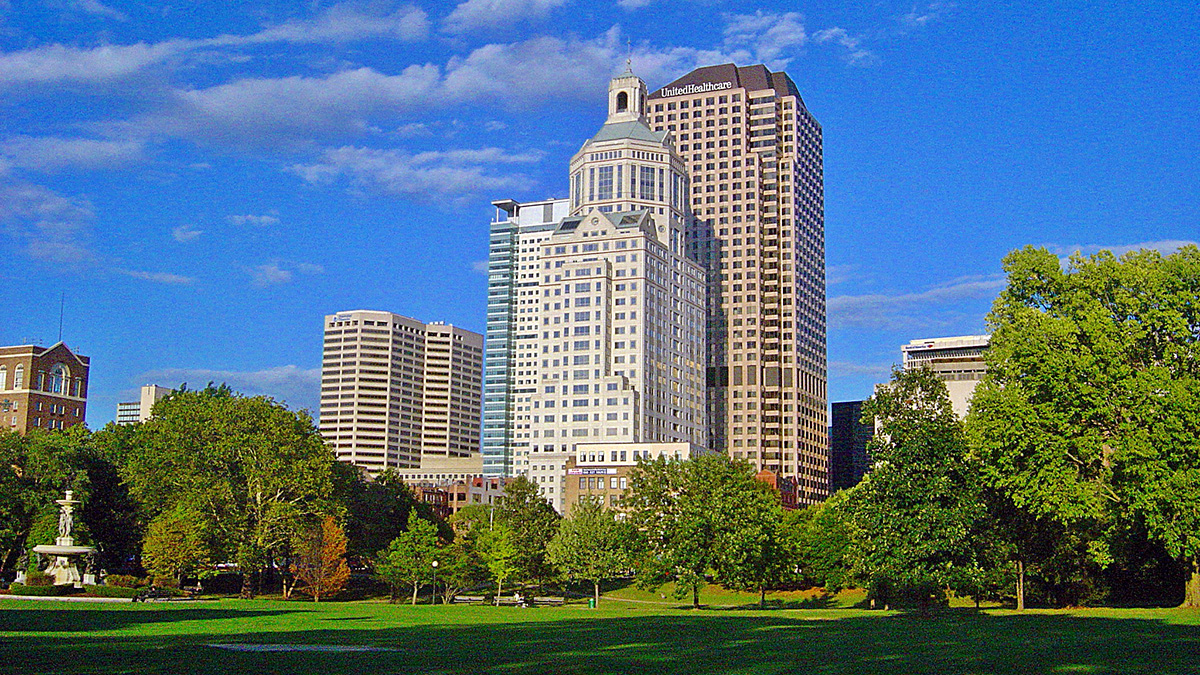 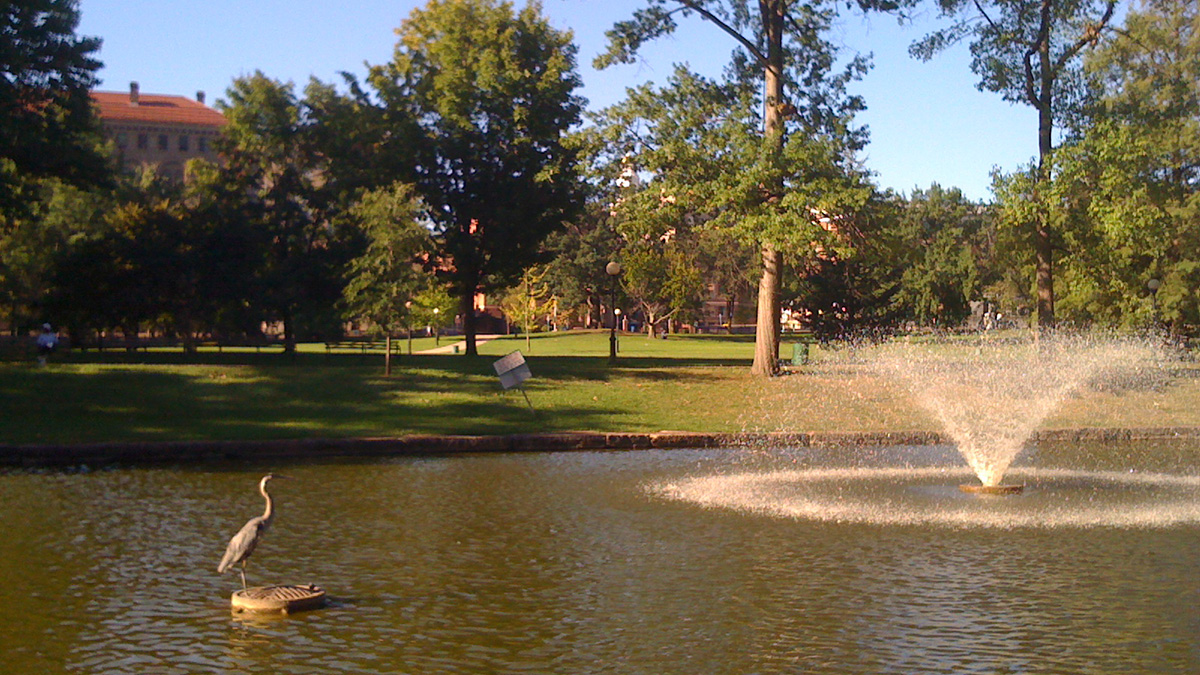 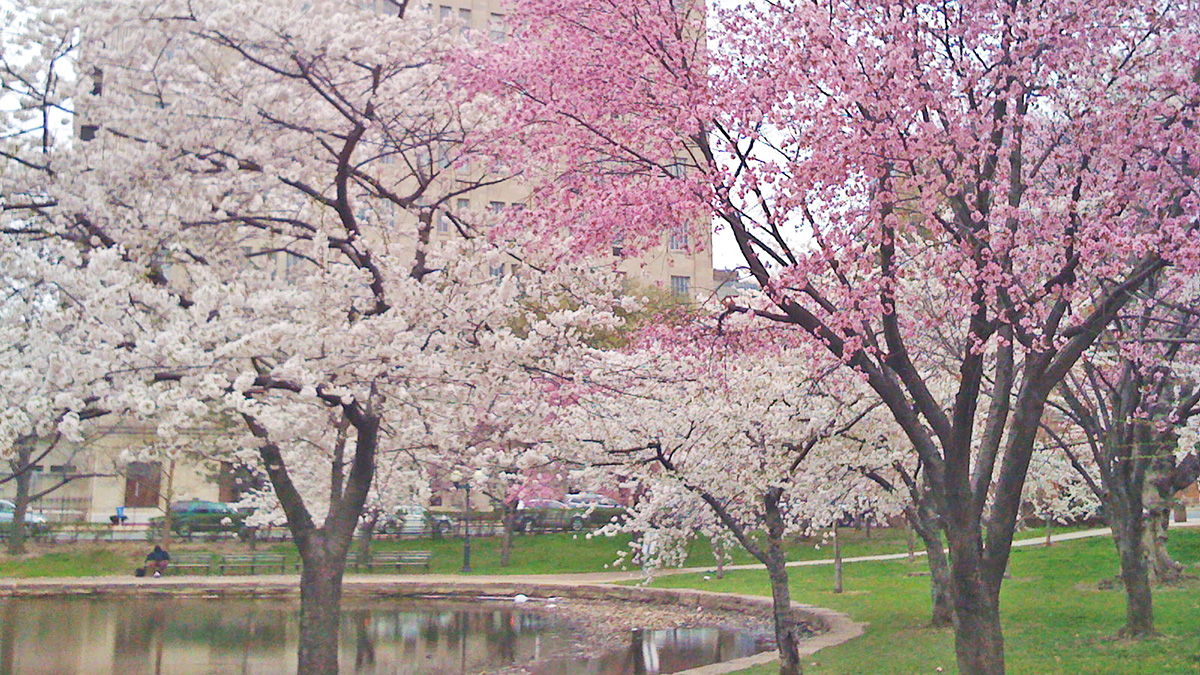 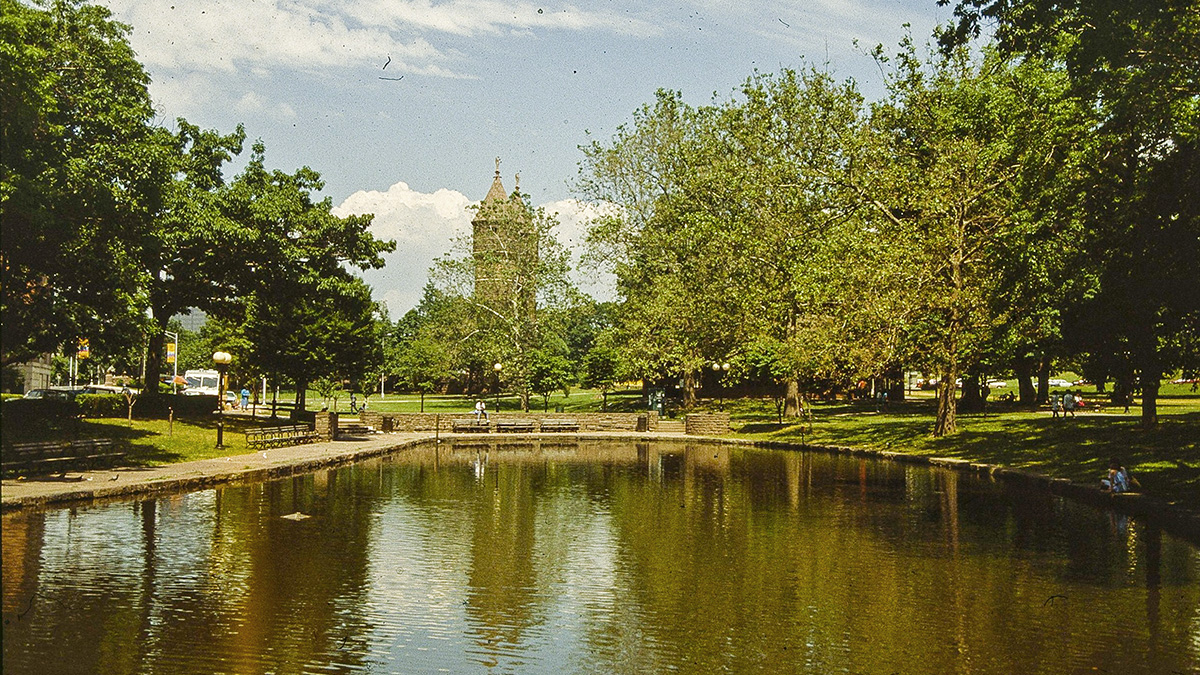 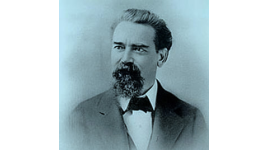