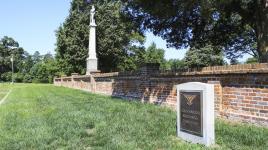 Established in 1866, this 1.4-acre burial ground was created for the reinterment of Union soldiers killed in battle during the Civil War Overland Campaign (1864). Located on the Cold Harbor Battlefield less than ten miles from the Confederate capital of Richmond, the cemetery comprises graves for soldiers recovered from battlefields at Cold Harbor, Gaines’ Mill, Savage’s Station, and Mechanicsville. By 1871, a paneled brick perimeter wall and iron gate had replaced the original Osage orange hedge and picket fence, and a stone superintendent’s lodge designed by Quartermaster General Montgomery Meigs had supplanted an earlier wooden cottage.

The square cemetery is divided into four burial sections, each grave marked by upright marble headstones regularly spaced in linear rows. The site retains historic landscape features typical of late-nineteenth century national cemeteries, including a centralized flagpole, a cast iron gun monument, and mature plantings of red cedar, eastern white pine, willow oak, holly, linden, and dogwood. Centered along the rear perimeter wall and on axis with the cemetery entrance, a marble sarcophagus erected in 1877 by the federal government stands as tribute to 889 unknown soldiers interred in two mass graves flanking the sarcophagus. Two large monuments erected in 1909, one commissioned by the State of Pennsylvania and the other by the New York State Monuments Commission, honor each state’s soldiers killed in the Battle of Cold Harbor.

Closed to new burials since 1970, the cemetery contains the remains of more than 2,000 soldiers, of which more than 1,300 are unidentified. Administered by the Department of Veterans Affairs, Cold Harbor National Cemetery was listed in the National Register of Historic Places in 1995. 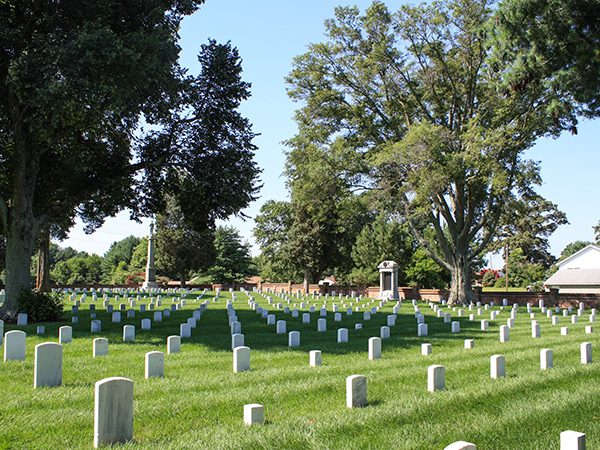 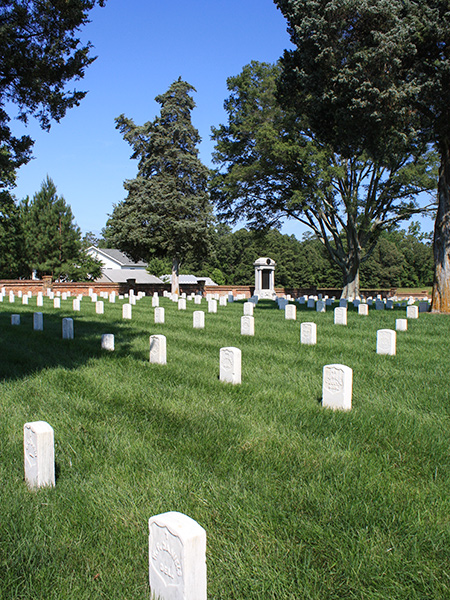 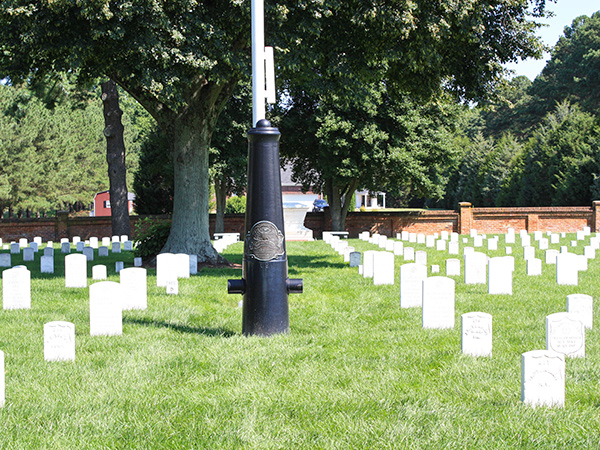 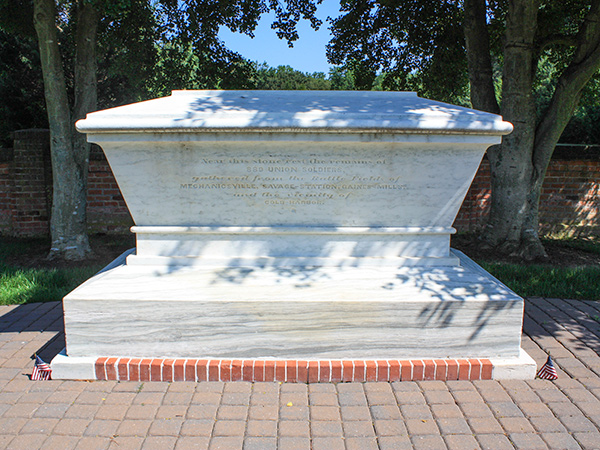 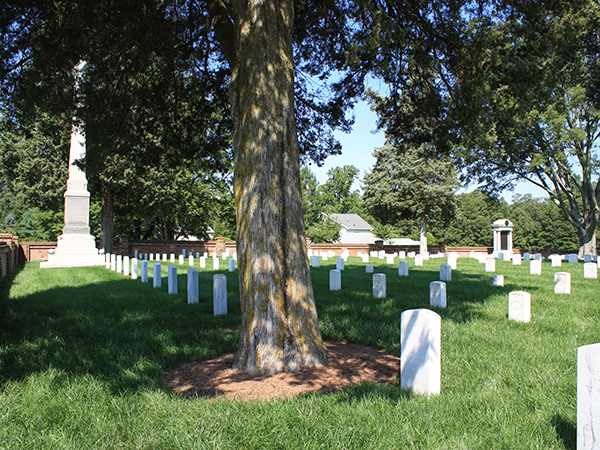 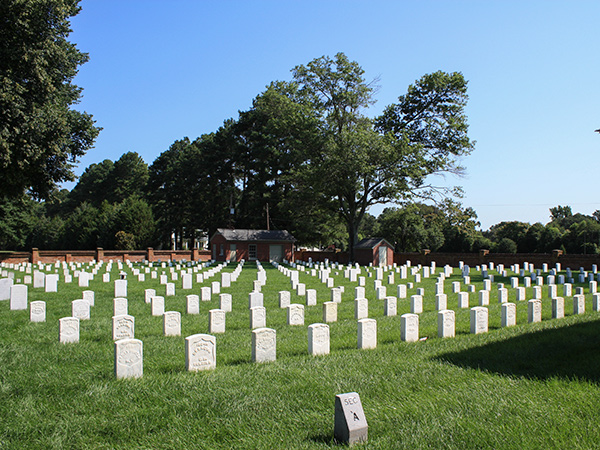 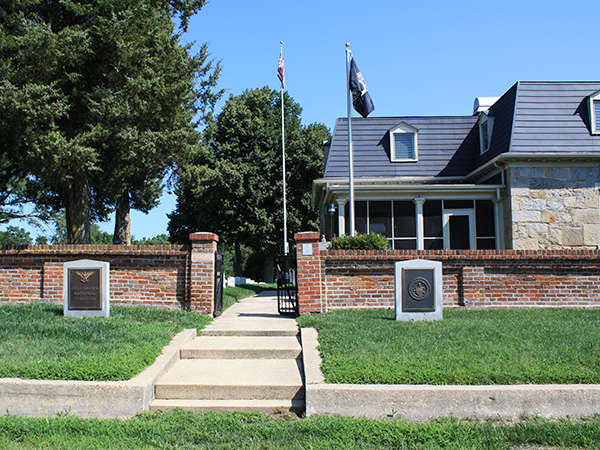 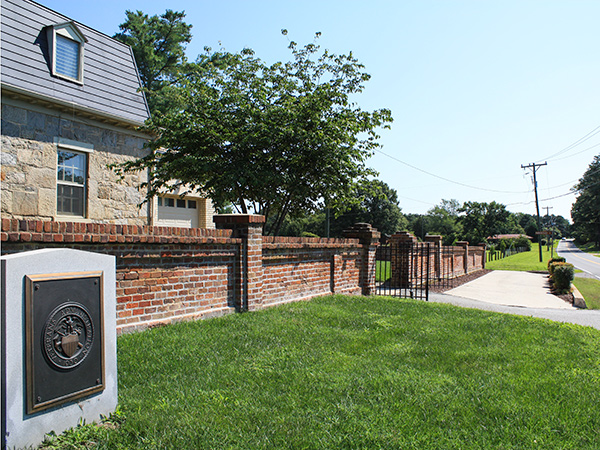 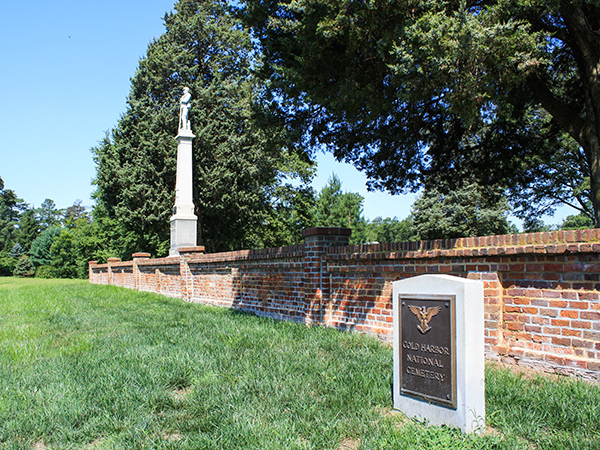