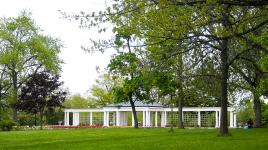 Designed by Olmsted, Vaux & Co. in 1868, Delaware Park was considered the showpiece of the Buffalo Park and Parkway System. Simply called the “Park,” it was Olmsted’s first opportunity for hand-selecting a park’s location, and for creating a pastoral design in the Picturesque tradition. Constructed from 1870 to 1874, the 350-acre park comprised two main areas encircled by forest and seven miles of footpaths, bridle paths, and carriage drives. The Water Park occupied the west side, for which Scajaquada Creek was dammed to create a 46-acre lake called Gala Water, renamed Hoyt Lake in 1980. Meadow Park formed the eastern half, 200 acres of rolling terrain maintained by grazing sheep, dotted with oak and maple trees. The bucolic experience was extended westward by the Buffalo State Hospital grounds, for which Olmsted and Vaux consulted on the layout, and to the south by the scenic Forest Lawn Cemetery. Calvert Vaux designed several structures built ca. 1875, including a three-story boathouse demolished to accommodate the 1901 Pan-American Exposition, and a superintendent’s house called The Farmstead destroyed in 1950. The latter housed William McMillan, who, as superintendent of the park system from 1873 until 1897, implemented the planting scheme. A wooded twelve-acre extension south of the lake was added in 1886 and designed by Olmsted. The park was divided by the Scajaquada Expressway built in 1962.

Conceived as a pastoral expanse, the park now contains the Albright-Knox Art Gallery, Buffalo History Museum, a rose garden, a casino rebuilt in 1961, and a Japanese garden designed by Robert Schneckenburger in 1970, all arranged around the lake. To the east, the meadow is occupied by the Buffalo Zoo in the northeast corner, an eighteen-hole golf course at its center (added around 1904), and numerous athletic fields arranged around the circuit drive. The park is a contributing feature of the Olmsted parks and parkways listed in the National Register of Historic Places in 1982. In 2004 the maintenance and operation of the park system was ceded to the Buffalo Olmsted Parks Conservancy. 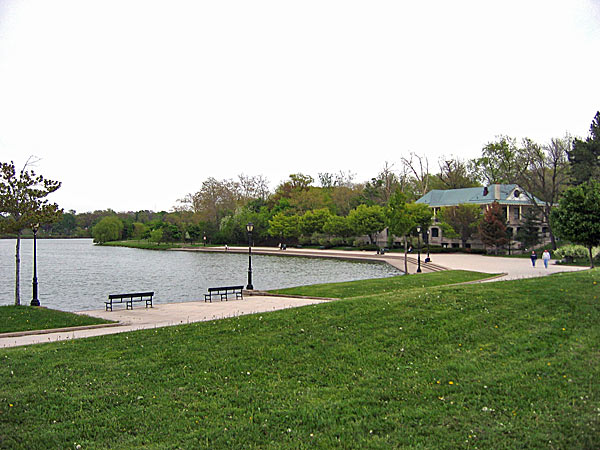 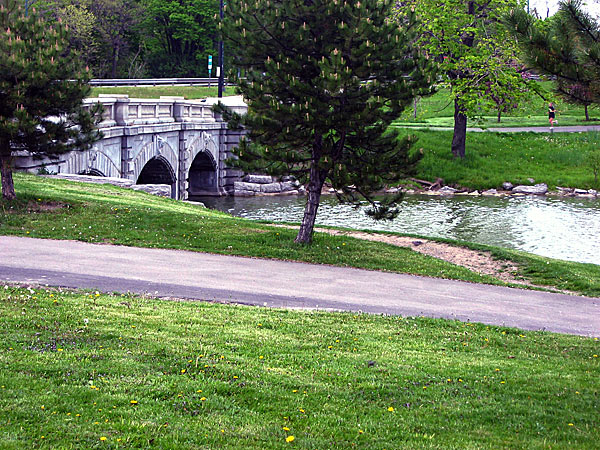 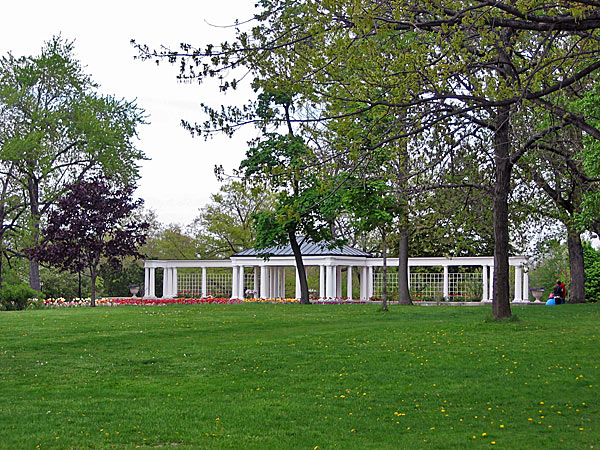 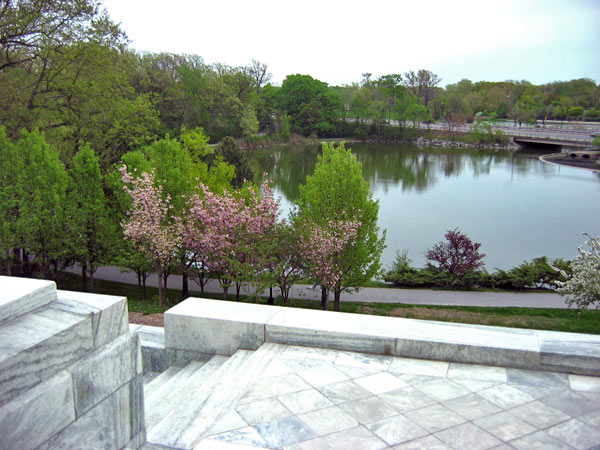 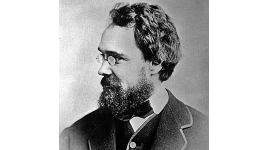