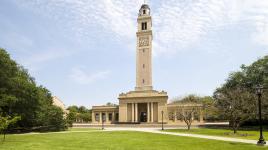 The current campus of Louisiana State University was established in 1918, situated on a 650-acre plateau south of downtown Baton Rouge overlooking the Mississippi River. The campus plan was designed by Frederick Law Olmsted, Jr. of Olmsted Brothers in 1921, and dedicated in 1926.

The Olmsted Brothers’ plan, intended to accommodate 1500 students, established a cruciform-shaped quadrangle as the center of campus. The project was taken over by architect Theodore Link, who continued to build out the Olmsted Brothers plan while designing the core campus buildings in an Italian Renaissance style, with stuccoed walls, red-tiled rooftops, and extensive porticoes. After his sudden death in 1923, Link was replaced by New Orleans architects Wogan and Bernard.

During the 1930s the campus received significant funding and expanded rapidly. Nearby swampland was converted to several lakes, the largest of which is 195-acre University Lake. Campus gardener Steele Burden planted thousands of stately oaks and broad magnolias, a hallmark of the university today, as well as crepe myrtles, azaleas, and camellias. Burden’s 440-acre family plantation, known as the Burden Center and Rural Life Museum, was acquired by and donated to the university between the 1960s and the 1990s. At more than 2000 acres, the campus today has over 250 buildings, an arboretum, and several military memorials honor the school’s military history, including the Oak Grove Memorial established in 1926. The campus also includes two Native American ceremonial mounds, thought to be more than 5000 years old. The campus was listed in the National Register of Historic Places in 1988. 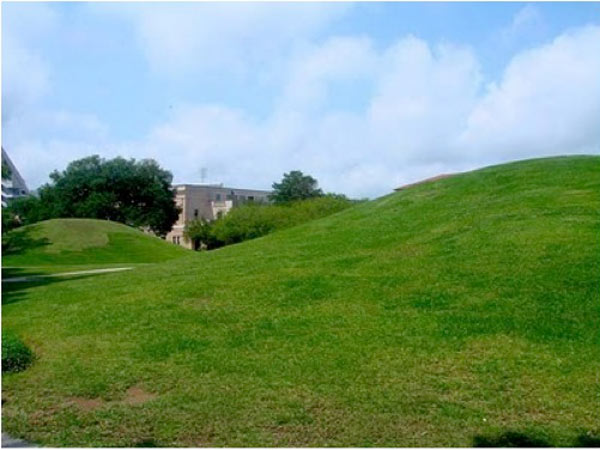 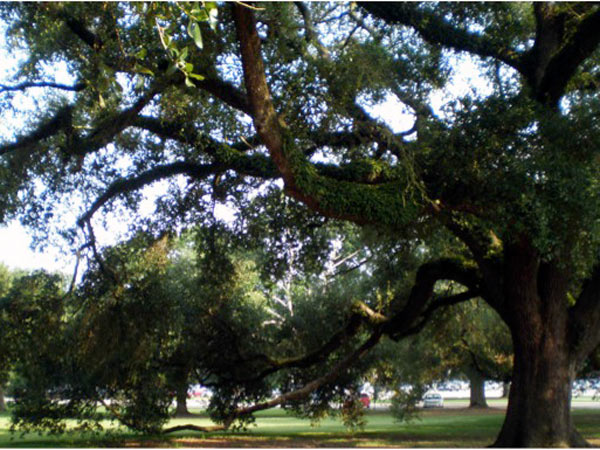 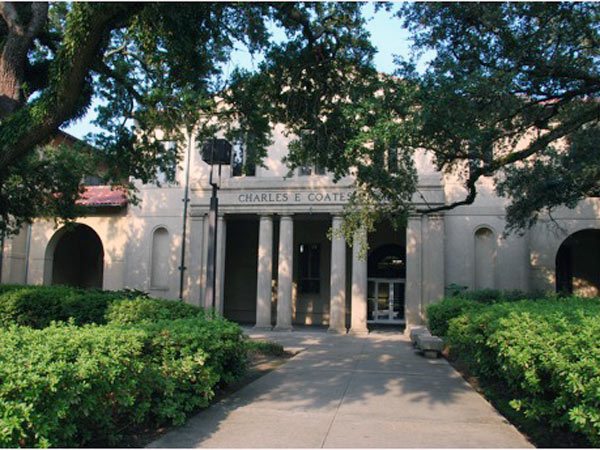 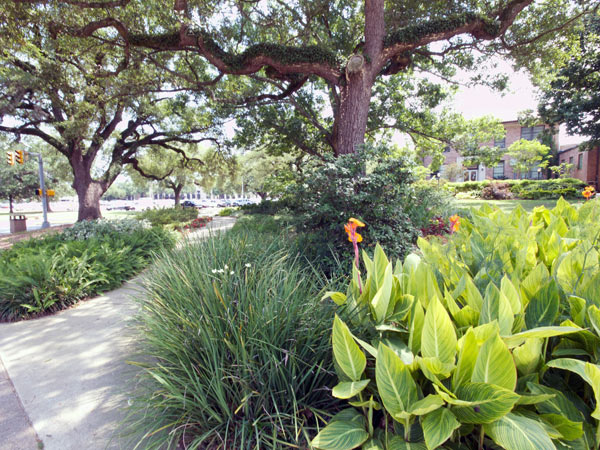 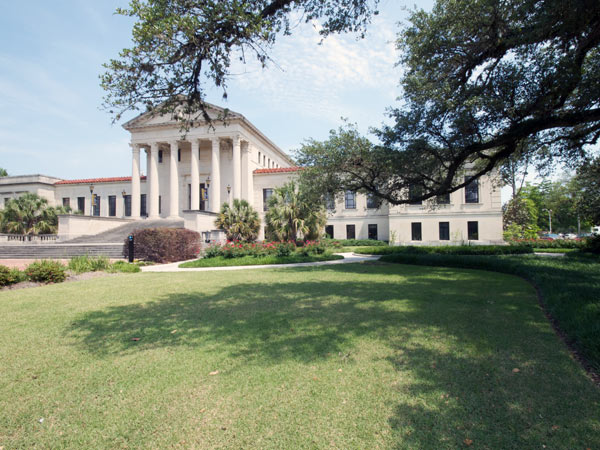 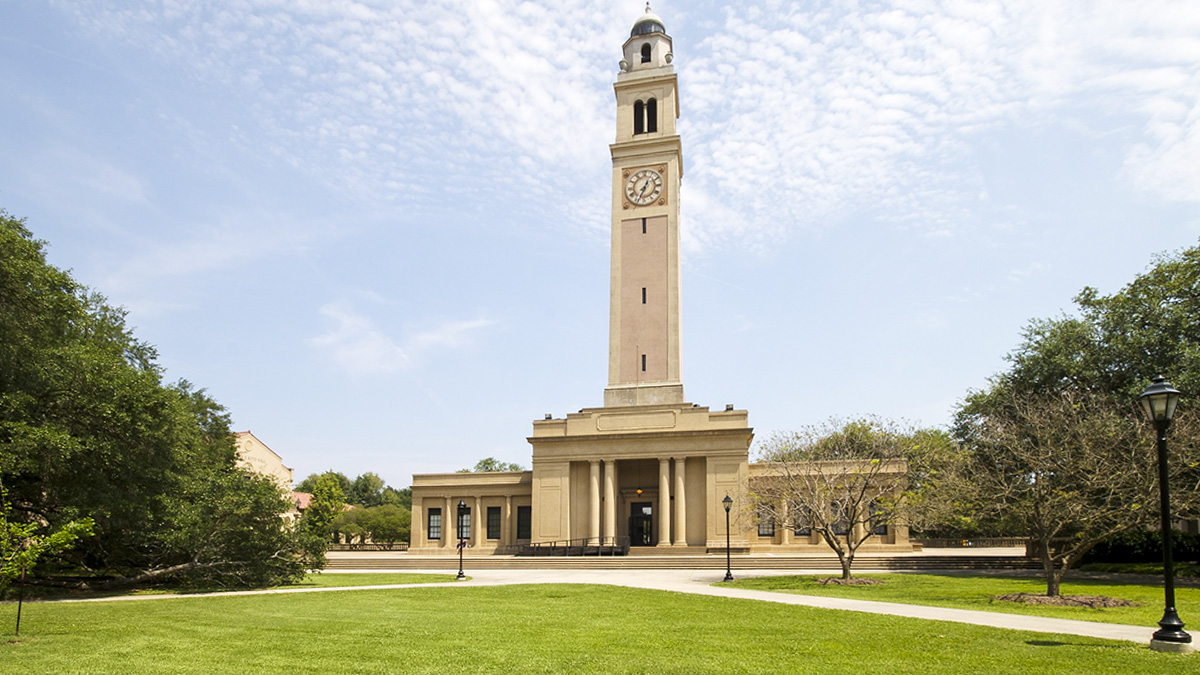 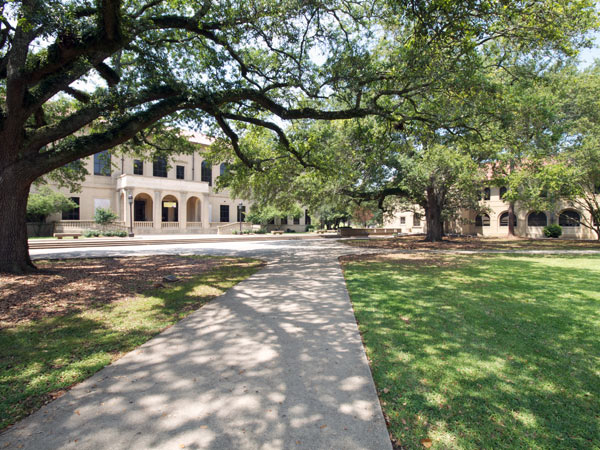 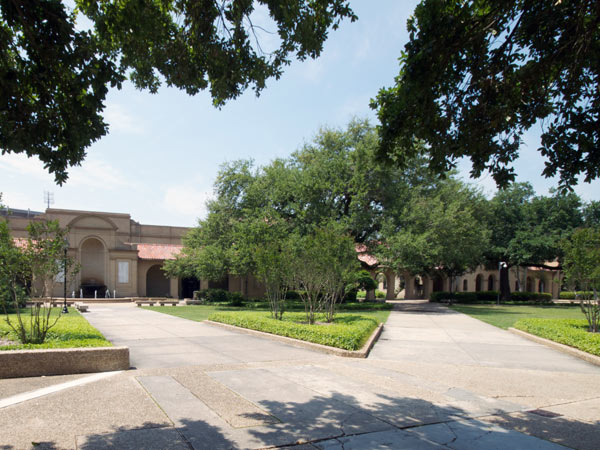 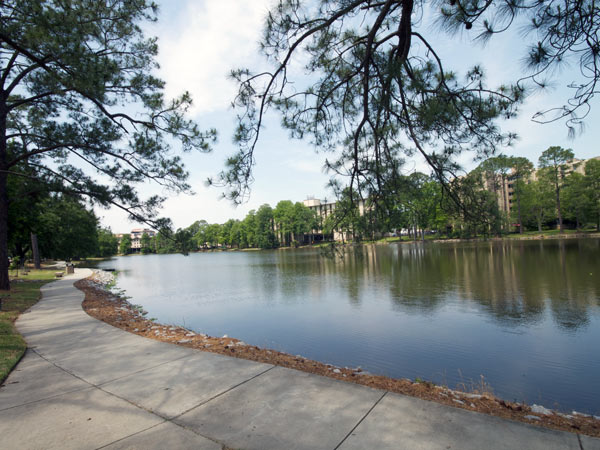 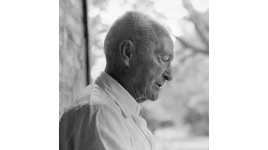