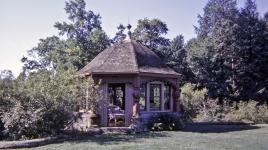 In 1880 John Phillips hired Frederick Law Olmsted, Sr., to plan a country estate on 200 acres of rolling woods and exhausted farmland overlooking Lake Wenham. Olmsted crafted grounds that retained the beauty of the natural conditions surrounding a substantial country dwelling, while enhancing the productive potential of the land. In so doing, he created the template for his later recommendations to George Vanderbilt regarding the much more extensive grounds at Biltmore.

Moraine Farm’s entrance drive curves sinuously among woods, with textured verges of flowering trees and shrubs and occasional views through foliage of the agricultural complex, terminating at an open oval-shaped lawn before a house designed by Peabody & Stearns. Olmsted, Sr., reshaped the land to obscure the scenery beyond; it is only upon passing through the house that lake vistas are revealed. Working with the architects and John Charles Olmsted, he designed a curving, paved terrace thrust out over the steep slope to capture lakeside views, enclosed by a robust sitting wall. Below, paths weave along the water’s edge amid a wild garden. Beyond the south terrace he placed a series of “open air apartments.” Steps descending on each side reach a colorful sunken flower garden, with a grotto and fountain. Radiating paths lead to steps that descend still further to distant trails. Olmsted, Sr., recommended the planting of conifers, elms, and basswood to intersperse with native hickory and birch—creating a forest effect west of the house.

In the 1920s part of this property was purchased by the Batchelder family, whose Trust still retains 66 acres. They developed a collective of non-profit organizations to manage the landscape and provide access to the public. The Essex County Greenbelt Association holds a conservation restriction, the Cape Ann Waldorf School owns eight acres, and The Trustees of Reservations runs a sustainable agricultural project with Tufts University and owns 78 acres, including the house and surrounds.  Friends of the Olmsted Landscape at Moraine Farm has worked cooperatively with all entities to sustain and interpret the landscape. 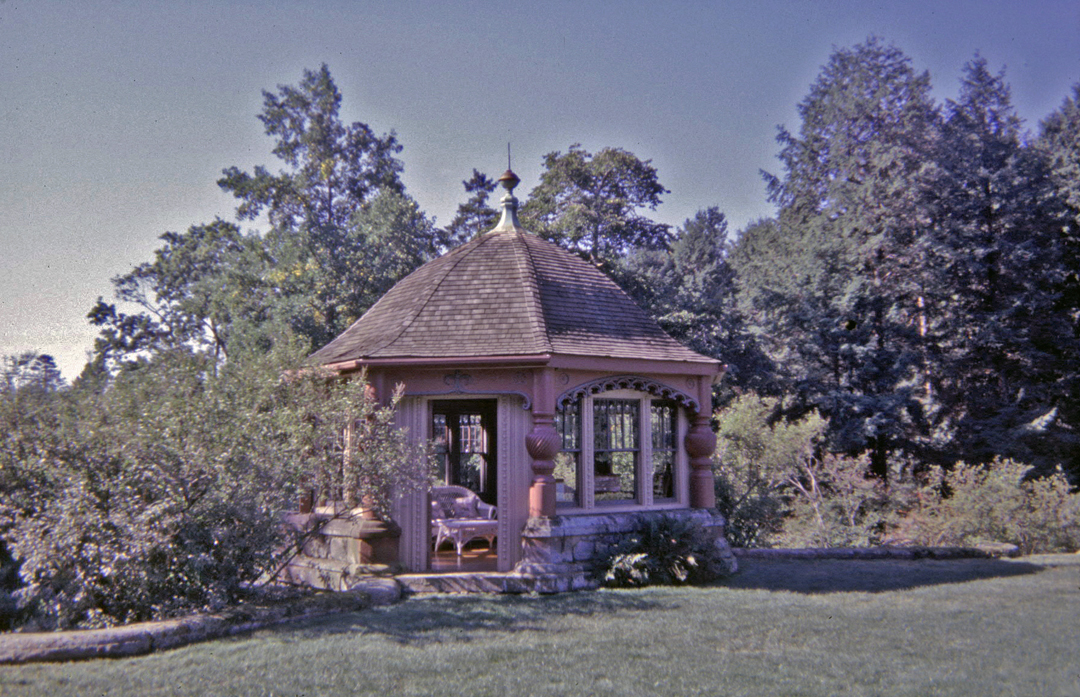 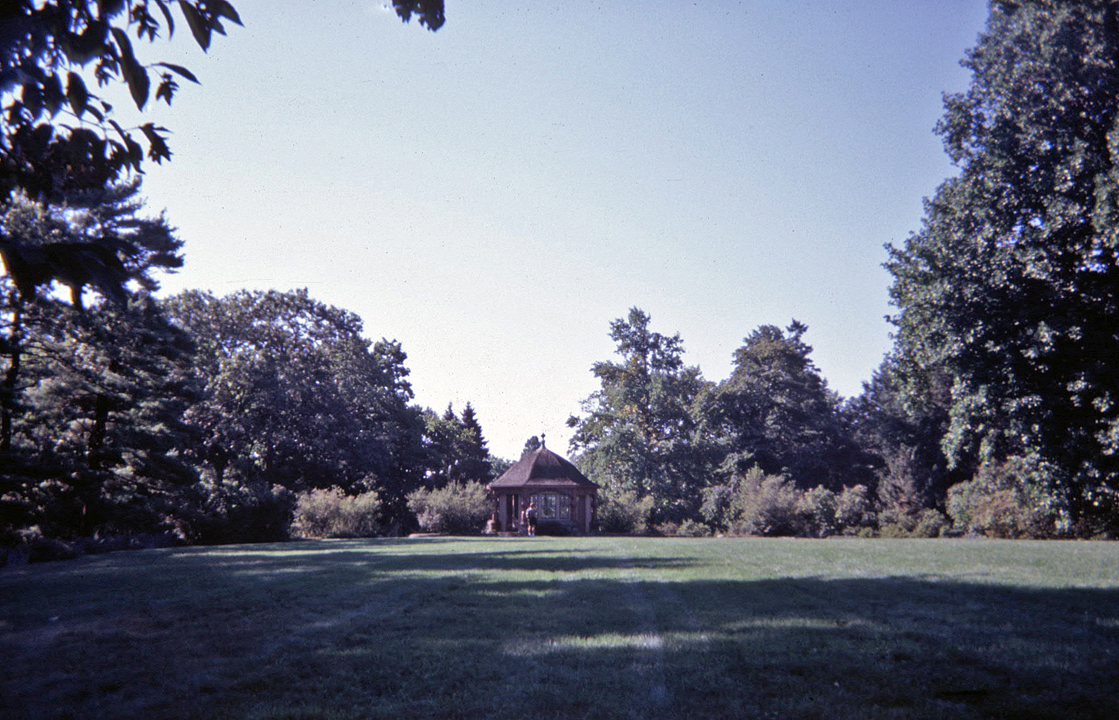 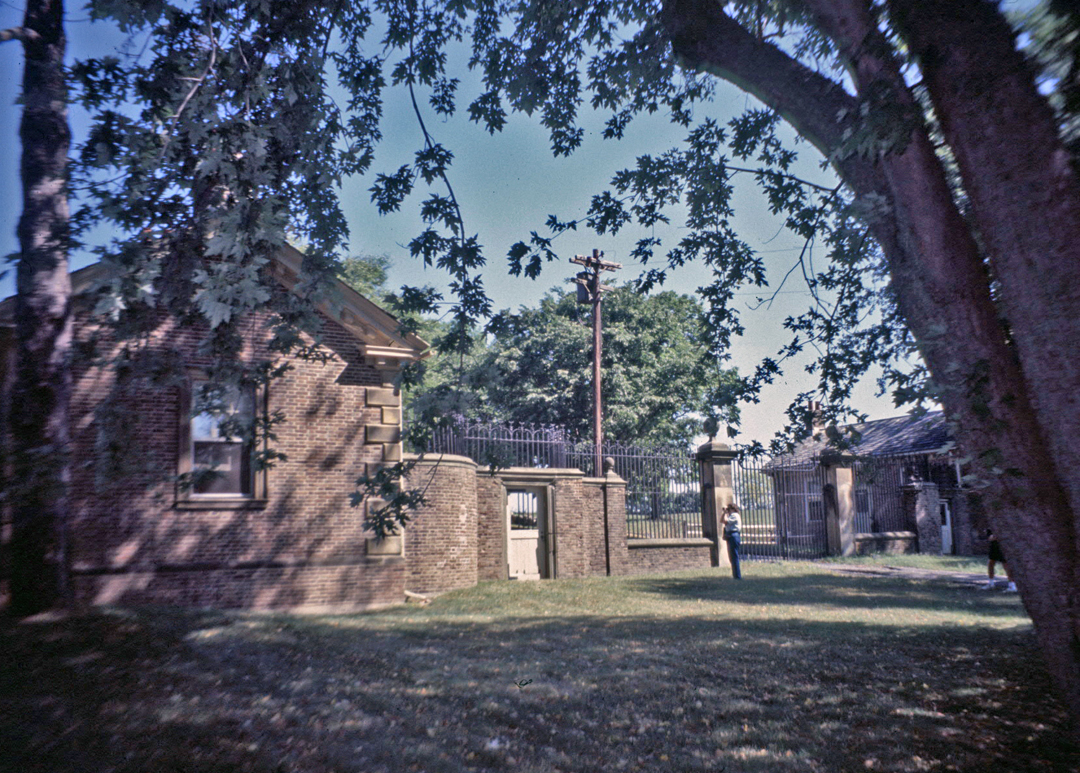 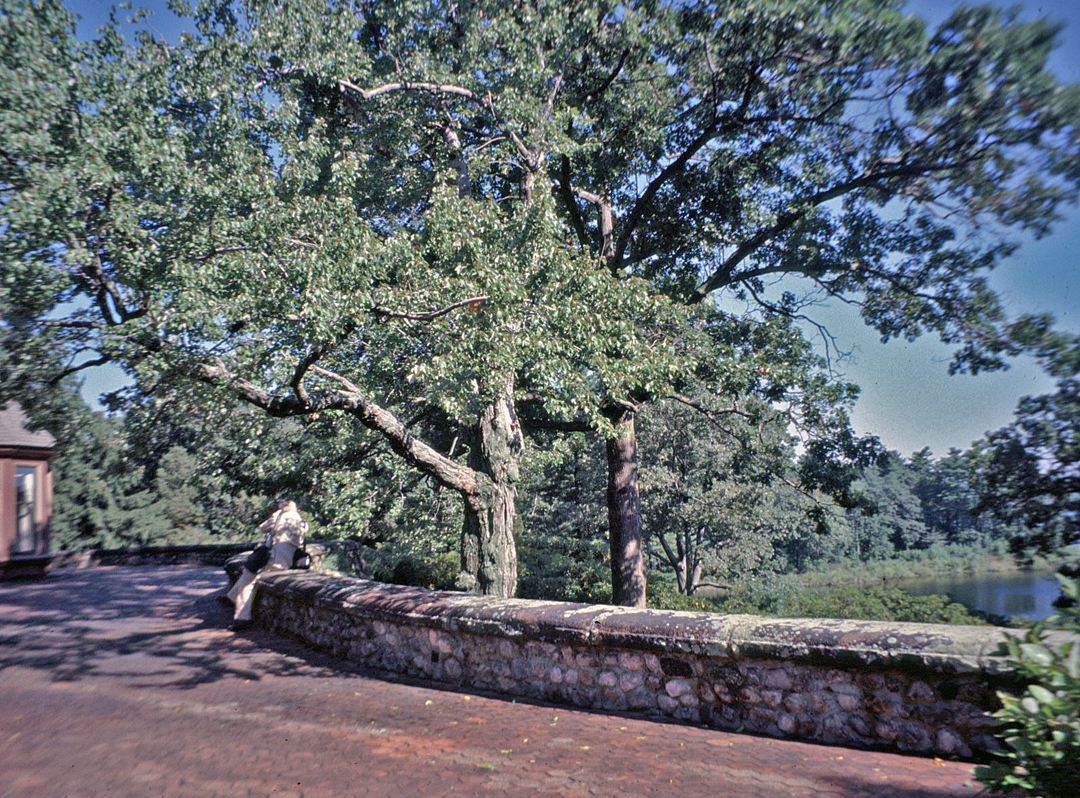 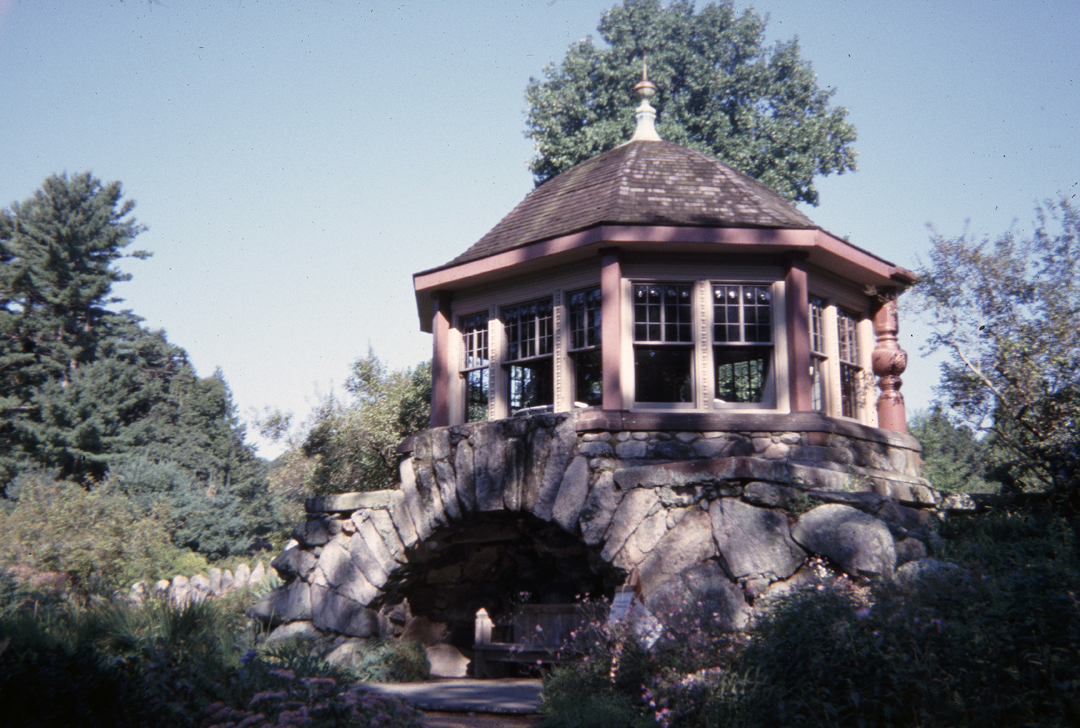 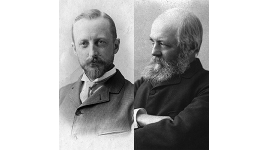