Designed by Peter Walker, the Weyerhaeuser Corporate Headquarters was ahead of its time in merging Modernism with environmental sensitivity. The campus faces an uncertain future due to a proposed re-development. The history of the design, a description of the proposed redevelopment, and suggestions on how to get involved are outlined below.

Located in Federal Way, Washington, 23 miles south of Seattle, the Weyerhaeuser Corporate Headquarters was designed by Sasaki, Walker and Associates, under the direction of Peter Walker. The approximately 425-acre wooded campus comprises the headquarters building, a technology center, two lakes, and miles of wooded recreational trails.

George Weyerhaeuser, great-grandson of the company’s founder, commissioned the campus during the 1960s. The company first approached Modernist architect Gordon Bunshaft to design the headquarters building. Bunshaft was working in the New York City office of Skidmore, Owings & Merrill (SOM), an architectural firm that was pioneering Modernist corporate design. Weyerhaeuser decided against Bunshaft’s initial proposal because he wanted something that better reflected the Pacific Northwestern environment where Weyerhaeuser Company had been based for six decades. Instead he hired architect Edward Charles Bassett, a principal in SOM’s San Francisco office, and landscape architect Peter Walker, founding partner of Sasaki, Walker and Associates (SWA), also based in San Francisco. The West Coast team worked jointly to design a campus that imparted corporate prestige, but was also suited to the regional landscape. Walker described Weyerhaeuser as “…a forester. A simple, very direct Northwesterner. George wanted refinement and simplicity, but not ostentation.” 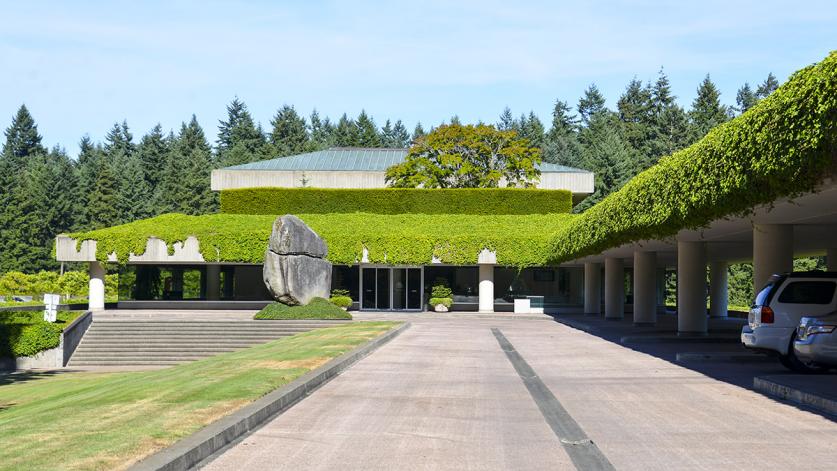 The design team wanted the buildings to merge seamlessly into the landscape. After considering a campus of small-scale buildings tucked into the woods, Bassett suggested a “skyscraper on its side” that would allow 900-plus employees to work in the same building. SOM utilized concrete in the design, an odd choice for a timber company, but the material was economical and durable and fulfilled Weyerhaeuser’s desire for a simple yet powerful design. The headquarters building opened in 1971, and the landscape plan for the campus was completed in 1972.

Evergreen forest – primarily Douglas fir – covers more than half the acreage. The five-story headquarters building, composed of broad, stepped concrete slabs, is nestled into a shallow valley that runs through the center of the campus. At-grade access to every level of the building is facilitated through terraced parking. Pedestrian circulation in the parking lots is defined by formal rows of sycamores. The building acts as a dam between a ten-acre artificial lake at the north end of the valley and a wet meadow containing native grasses at the south end. Wildflowers bloom throughout, providing seasonal variety in the evergreen-heavy landscape.

Of the building’s design concept, Bassett said that he wanted to “find a point where the landscaping and the building simply could not be separated, that they were each a creature of the other and so dependent that they could hardly have survived alone.” The building contains roof gardens at every level, and Walker introduced drifts of alders at the forest’s edge to further enhance the visual connection between the valley and the wooded areas of campus, which he described as “forest management, rather than landscape design.” The campus’s design was novel for merging contemporary Modernist corporate design with environmental sensitivity. This helped the massive logging company control its public image during a time when environmentalism was a growing movement in the United States. 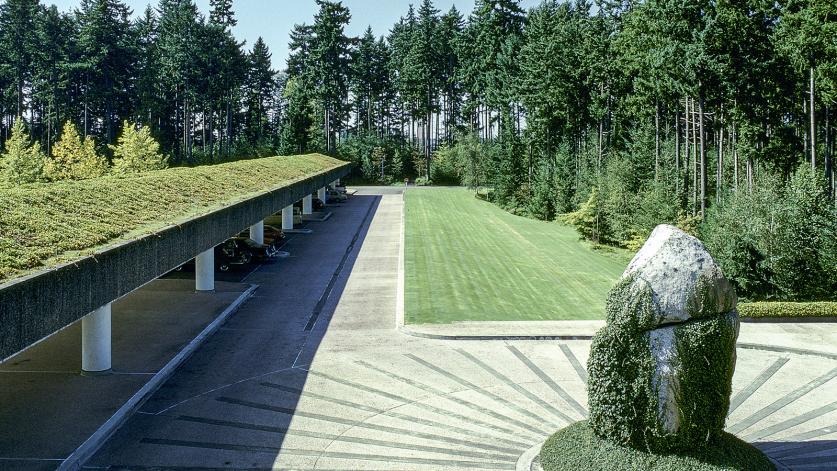 The campus has won numerous awards for design and energy efficiency. The design of the headquarters building won the National Honor Award from the American Institute of Architects in 1972, a year after the building was completed, and the American Institute of Architects (AIA) Twenty-five Year Award in 2001. Lead landscape designer Peter Walker, an award-winning landscape architect and a Fellow of the American Society of Landscape Architects (ASLA), is best known for his designs at the Sea Pines Plantation in Hilton Head, South Carolina, the Golden Gateway Center in San Francisco, California, the Upjohn Corporation World Headquarters in Kalamazoo, Michigan, and the National September 11 Memorial in New York City.

In February 2016 the Weyerhaeuser Company sold its campus to Industrial Realty Group (IRG) for $70.5 million. IRG plans to leave the exterior of the Modernist headquarters building untouched, but does intend to subdivide the large parcel for redevelopment. An IRG spokesperson estimated that half of the remaining property — including the character-defining meadows and forests — could be developed for industrial purposes.

In August 2016 the City of Federal Way received the first project application for new construction at the Weyerhaeuser campus: a 314,000-square-foot (or 7.2-acre) fish-processing plant on a nineteen-acre forested area adjacent to the headquarters building. Construction would require clear-cutting a portion of the site and in-filling wetlands. The building would be 68 feet tall, clearly visible from the headquarters building and the surrounding neighborhoods. The proposal also includes parking for more than 300 vehicles.

The city received over 300 comments on the proposal by the close of the public comment period on August 22, 2016. Federal Way does not have a local historic preservation ordinance or inventory, but representatives from both the State Historic Preservation Office and the Washington Trust for Historic Preservation believe the campus is eligible for listing in the National Historic Register of Historic Places. Washington State’s deputy historic preservation officer has said that a formal inventory of the property, grounded in professional analysis, will be necessary to evaluate the campus for its historical and architectural significance.

After reviewing the public comments, the city notified IRG on October 7, 2016, that it must provide additional detail and study on a variety of issues before the project could be approved. Specifically, the developer must provide evidence of an evaluation of the property for historic and architectural significance by submitting a Historic Inventory Sheet to the state for a formal Determination of Eligibility (DOE). 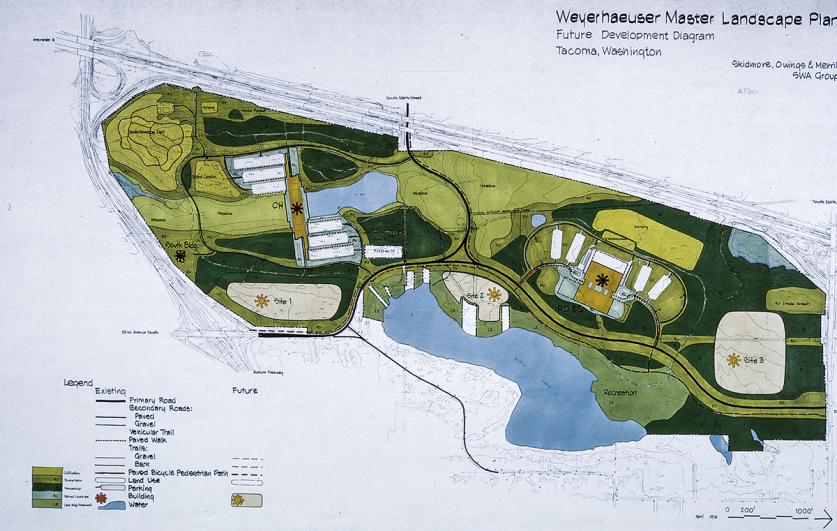 A second project, a 721,000-square-foot warehouse, is proposed for the property by KG Investment Properties of Bellevue, Washington. The development would occupy a 44-acre site, and preliminary traffic estimates indicate that more than 1,200 semi-truck and vehicle trips would occur daily. The city provided preliminary technical comments to the developer on September 21, 2016. A formal response from KB Investment Properties has not yet been released.

Both of these projects would significantly impact the character of the campus, something the City Council wanted to preserve when the Weyerhaeuser campus was annexed by Federal Way in 1994. However, the open-ended zoning agreement the city and Weyerhaeuser Company signed 22 years ago allows new development to be governed by codes from that era, which would permit up to 70 percent of the campus to be covered with impervious surfaces and gives a city department director the power to determine what unlisted uses can be allowed.

1. Contact the members of the Federal Way City Council and Federal Way Mayor Jim Ferrell and ask them to:

The group’s mission is to promote the conservation and responsible use of the Weyerhaeuser campus. Support their efforts by donating funds to finance their legal team, led by a well-known Seattle land-use attorney: 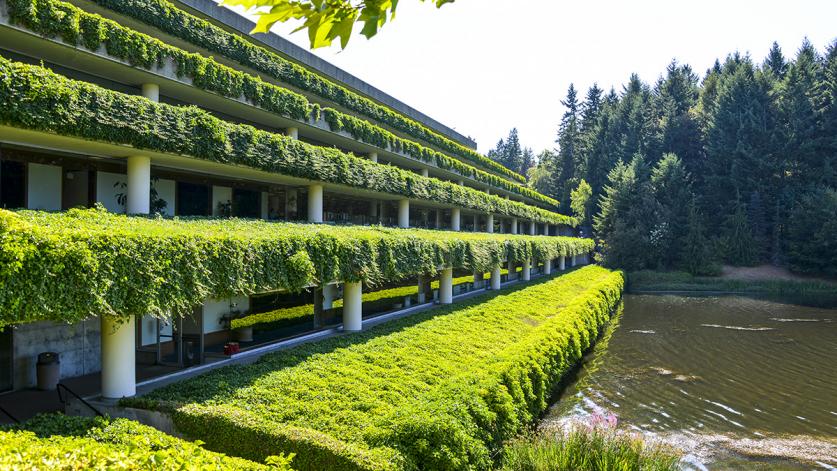 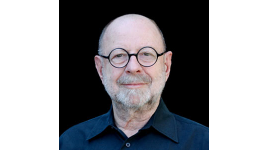 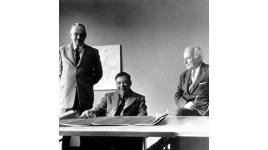