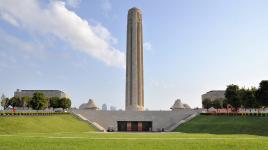 Following Armistice Day in 1918, Kansas Citians formed the Liberty Memorial Association to create a monument to those who served in World War I. An invitational design competition was won by New York architect Harold van Buren Magonigle, collaborating with landscape architect George Kessler.

The memorial structure was completed in 1926, while landscape work continued until 1938. The design team included Magonigle and architects Wight and Wight, with Hare and Hare and Olmsted Brothers (Frederick Law Olmsted, Jr., Percival Gallagher, and assistant E. M. Prellwitz) completing the landscape after Kessler’s death in 1923.

Built on more than forty-seven acres, the Egyptian Revival–style memorial showcases a central shaft rising twenty-one stories from a courtyard, flanked on the east by Memory Hall and on the west by a museum. Two limestone sphinxes face south, flanking staircases on each side, descending in stages to the south terminus of the Memorial Mall. Parallel parkways with a central grass panel stretch a quarter mile southward toward Penn Valley Park. Delineated by double rows of sugar maples and pin oaks, according to the 1937 Olmsted firm plans, this area marks the main vehicular and pedestrian entrances. The southern end of the mall features two groves of trees with memorial plaques, although more elaborate planting plans by Olmsted Brothers were never executed. Dense plantings, including cottonwoods, were placed along the streets east and west of the memorial, with ground cover over the steep slopes.

Below the memorial courtyard, a large wall containing the Great Frieze by sculptor Edmond Amateis gives way to stepped terraces with dual fountains meeting an elliptical lawn descending the hillside, shaped by paths and steps on either side. At the bottom, the Dedication Wall (1934), with bronze busts of military leaders, forms the backdrop to a street-side plaza facing Union Station.

The memorial was rehabilitated beginning in 2000 and rededicated in May 2002. It was designated a National Historic Landmark in 2006. 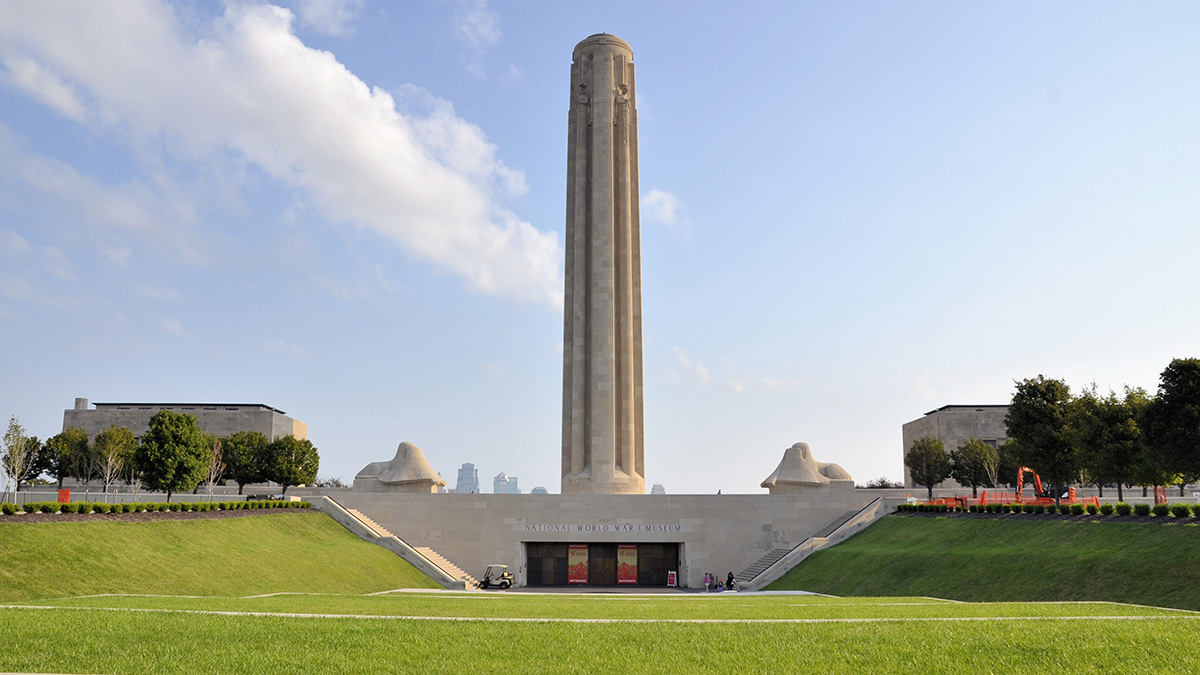 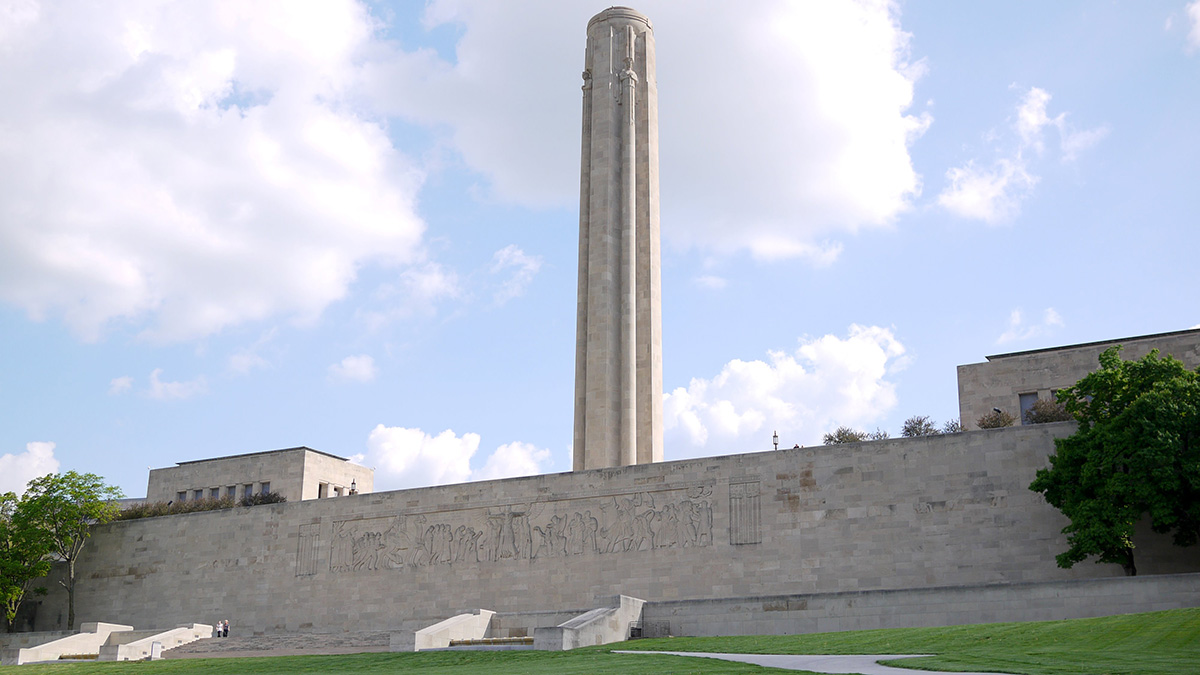 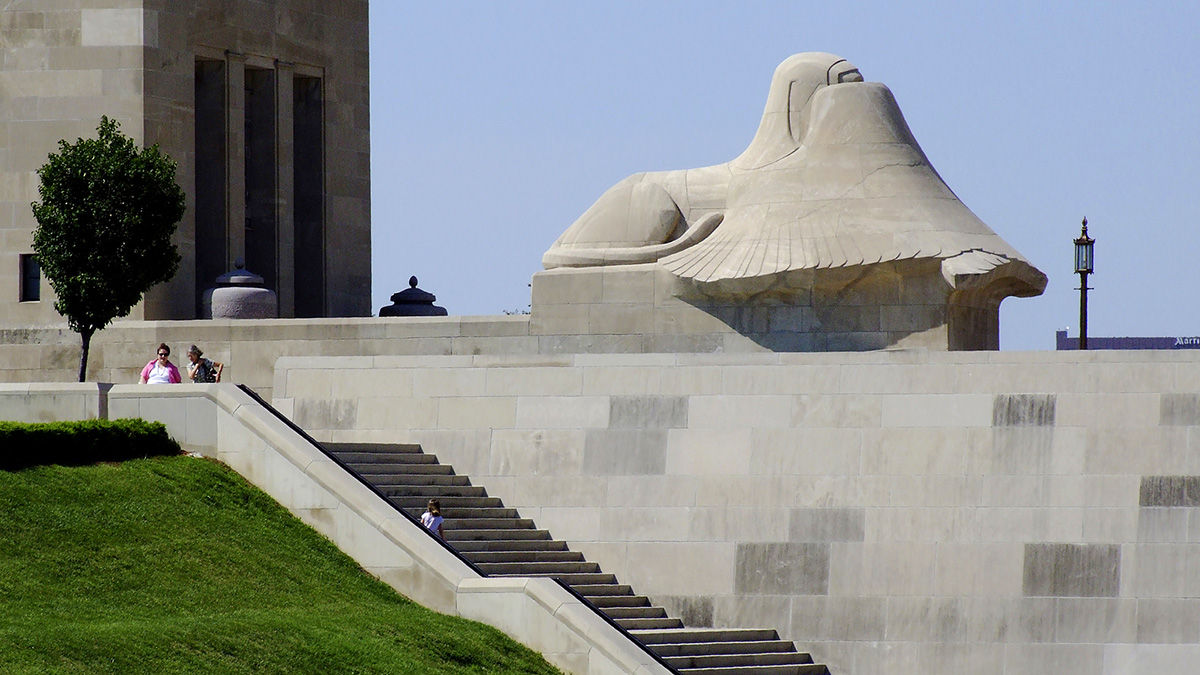 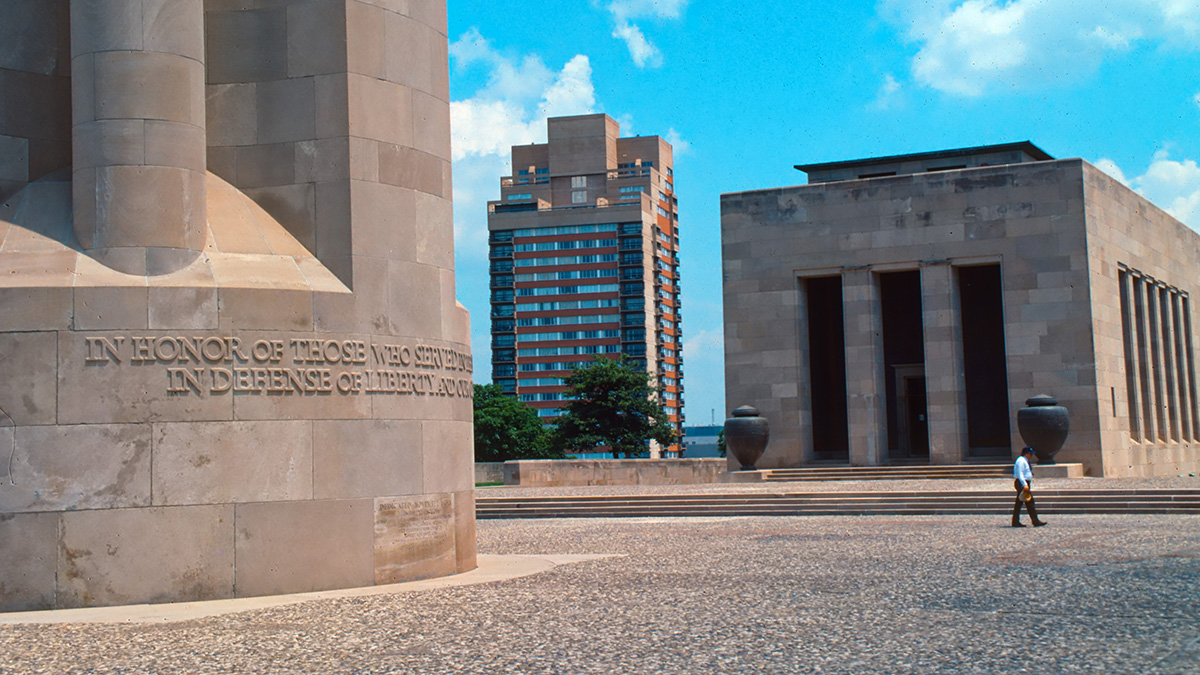 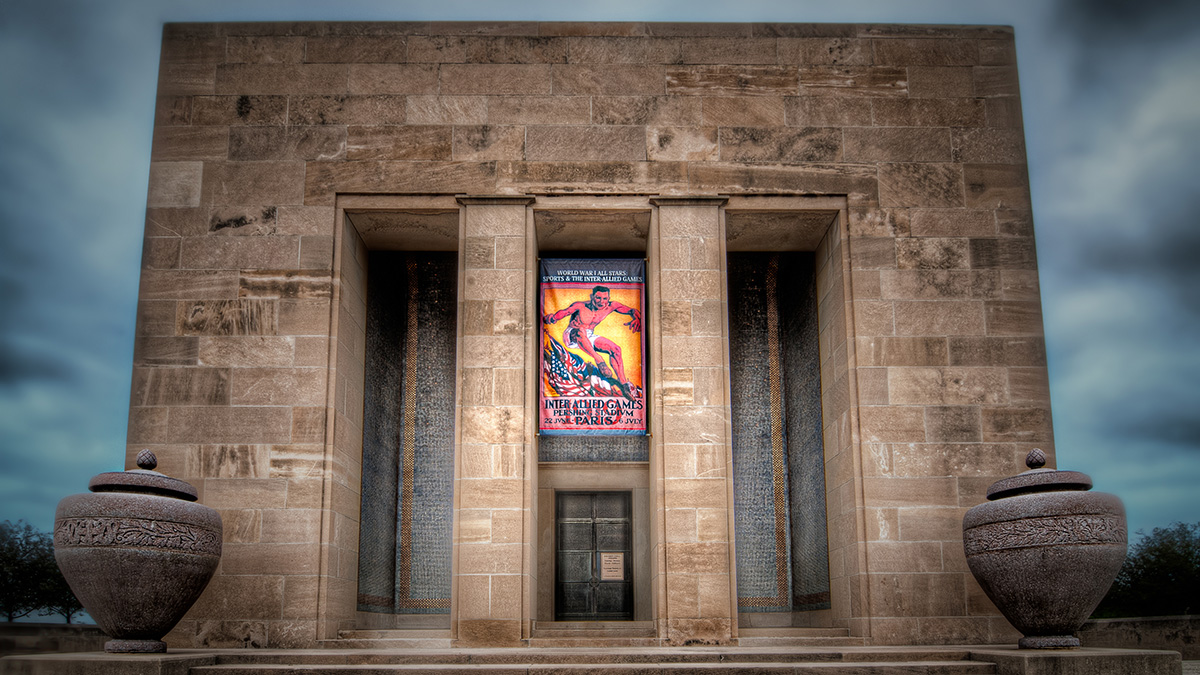 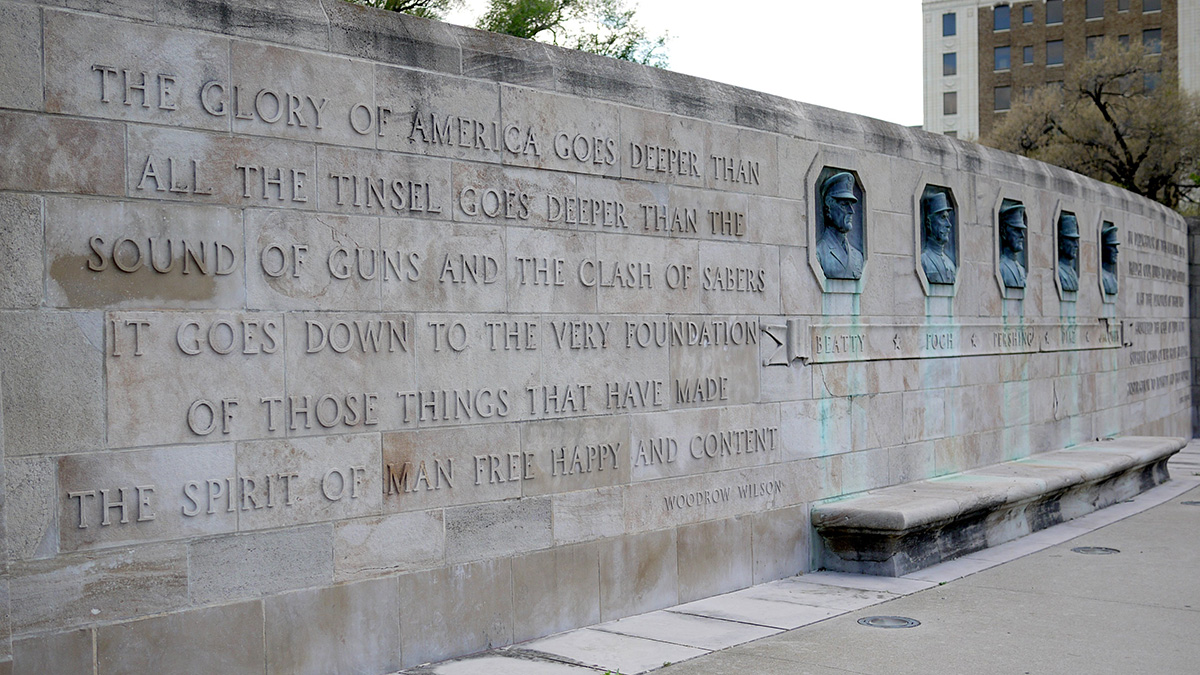 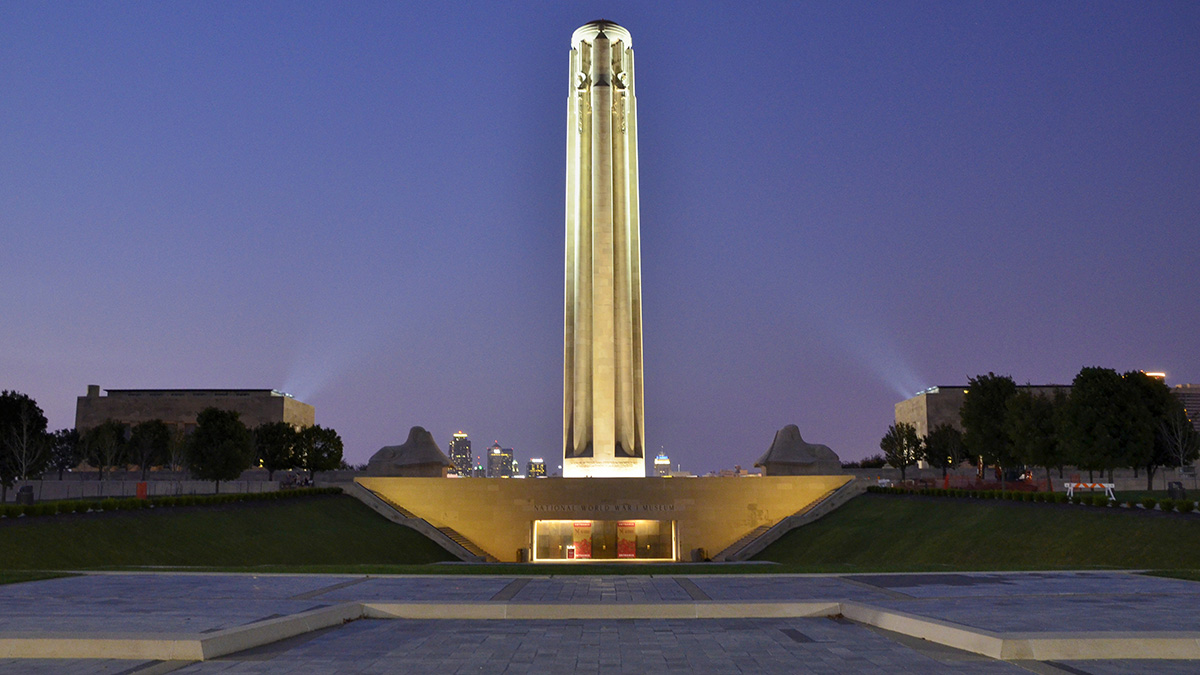 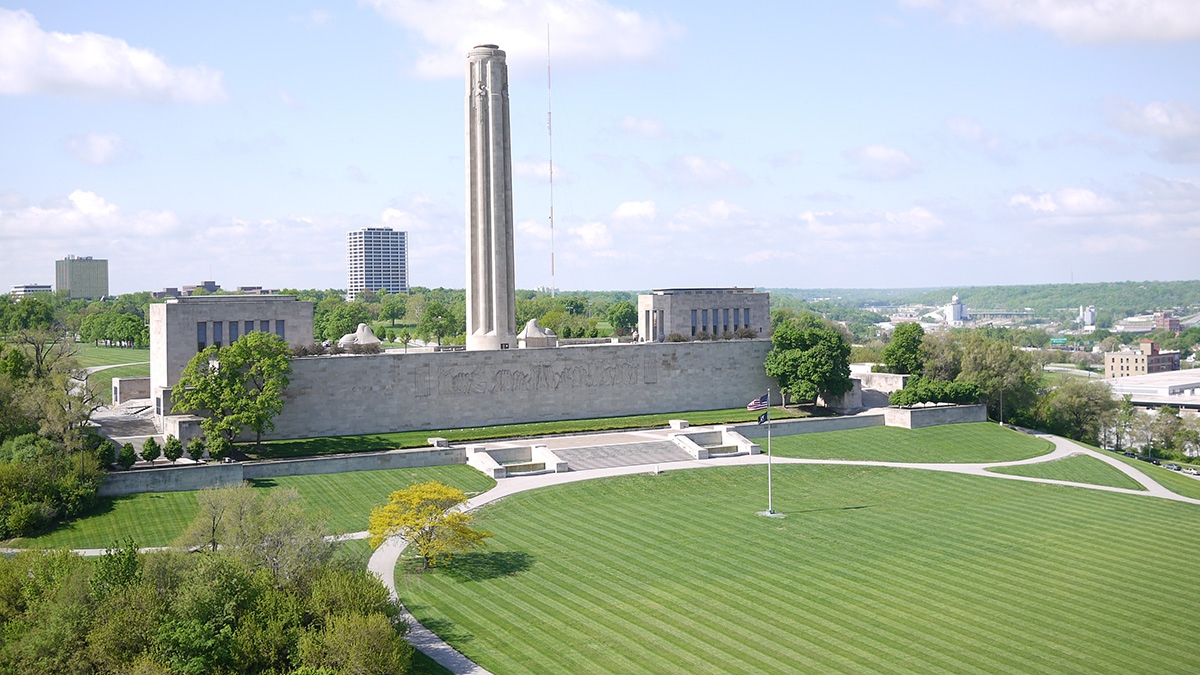 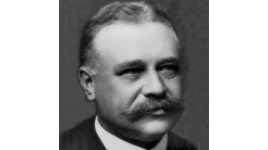